10 apps that could be the next big social media trends 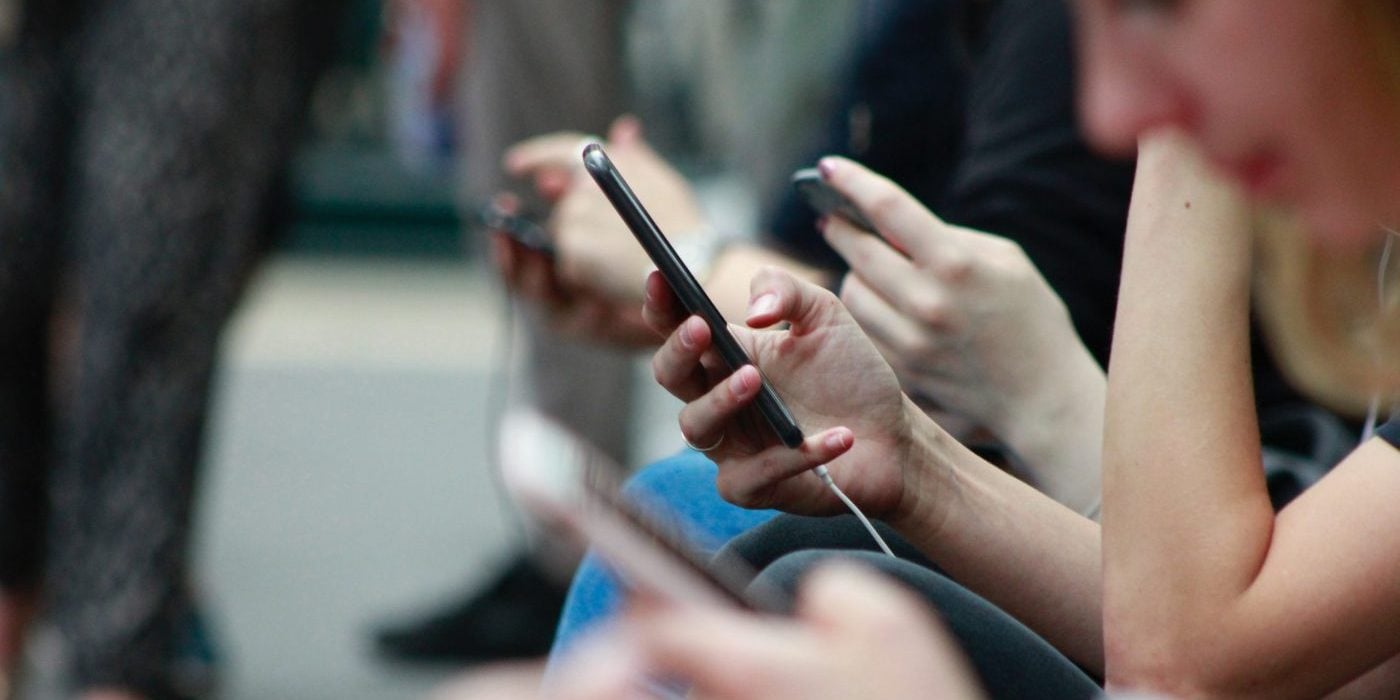 Social media apps are not in short supply. Hit up the App Store or Google Play and search “social media” and you’ll find hundreds of platforms to choose from. But quantity doesn’t mean quality. Will any of these new kids on the block reach the dizzying heights of OG’s like Facebook and Twitter?

Social media has always been a booming business but since the lockdowns of 2020, they’ve grown even bigger in terms of connecting people. As a result, more and more apps have been created to meet this demand the world has for posting and consuming content.

Though it might be a leap to sign up to yet another social media platform, it’s better to get involved from the get-go not only for bragging rights but for the opportunity to capitalise on something contemporary and exciting before it inevitably gets ruined by lousy investors and corporate interest.

To stay ahead of the trend, we’ve compiled a list of ten new (ish) social platforms that you might be well advised to dip your toe into this year. 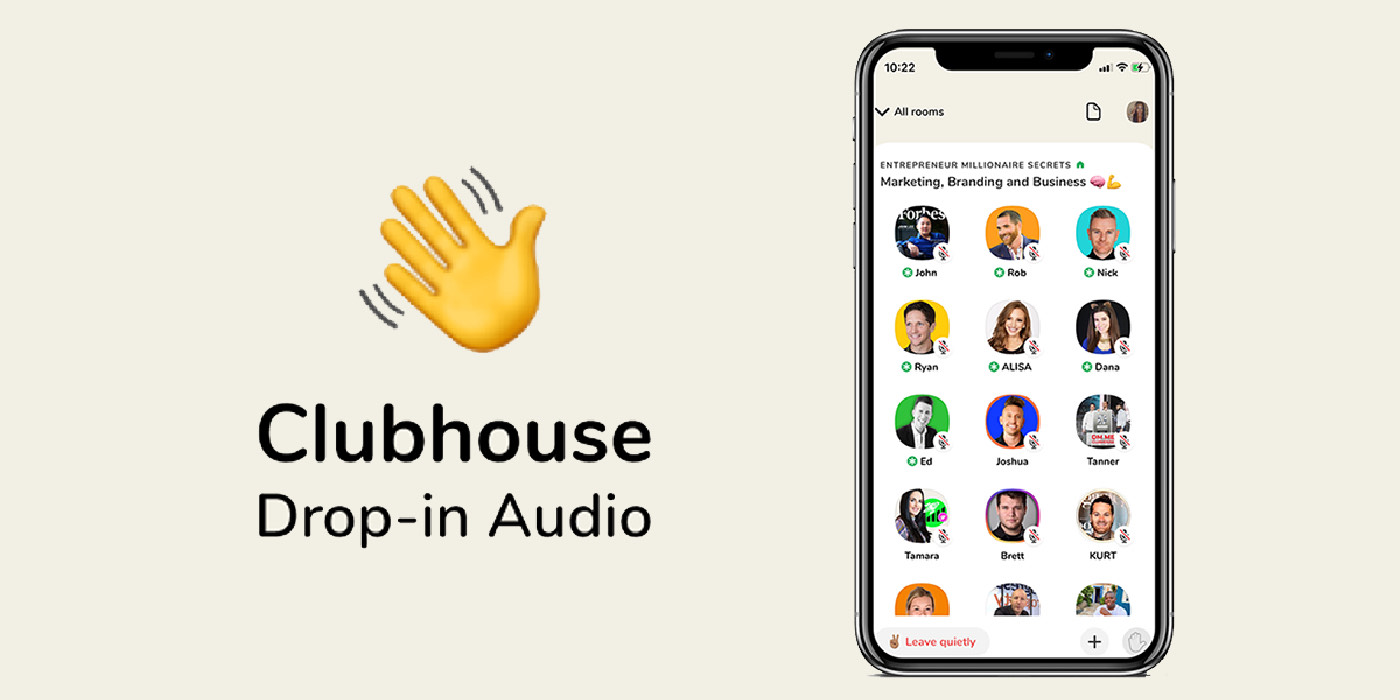 Unlike regular social media sites that provide a platform for mainly written and video content, Clubhouse is an audio-based app. Founded in 2020, by Paul Davison and Rohan Seth, it lets you create and join “rooms” where you can then talk with friends, listen to other people’s conversations and host calls. Though it may sound a tad creepy, Clubhouse is a good and personal way to share information with your audience who can talk back to you in real-time. Here you will find topics from starting a business to relationship discussions with celebrities. There’s even some comedy club content from newcomers to the scene.

What really separated this from the rest is how it contradicted every other social platform around it. With 10 million active weekly users, Clubhouse has played an absolute blinder. At first, Clubhouse was invite-only, adding to the allure of the app. The developers said they wanted to get thing right before properly rolling it out to the public. 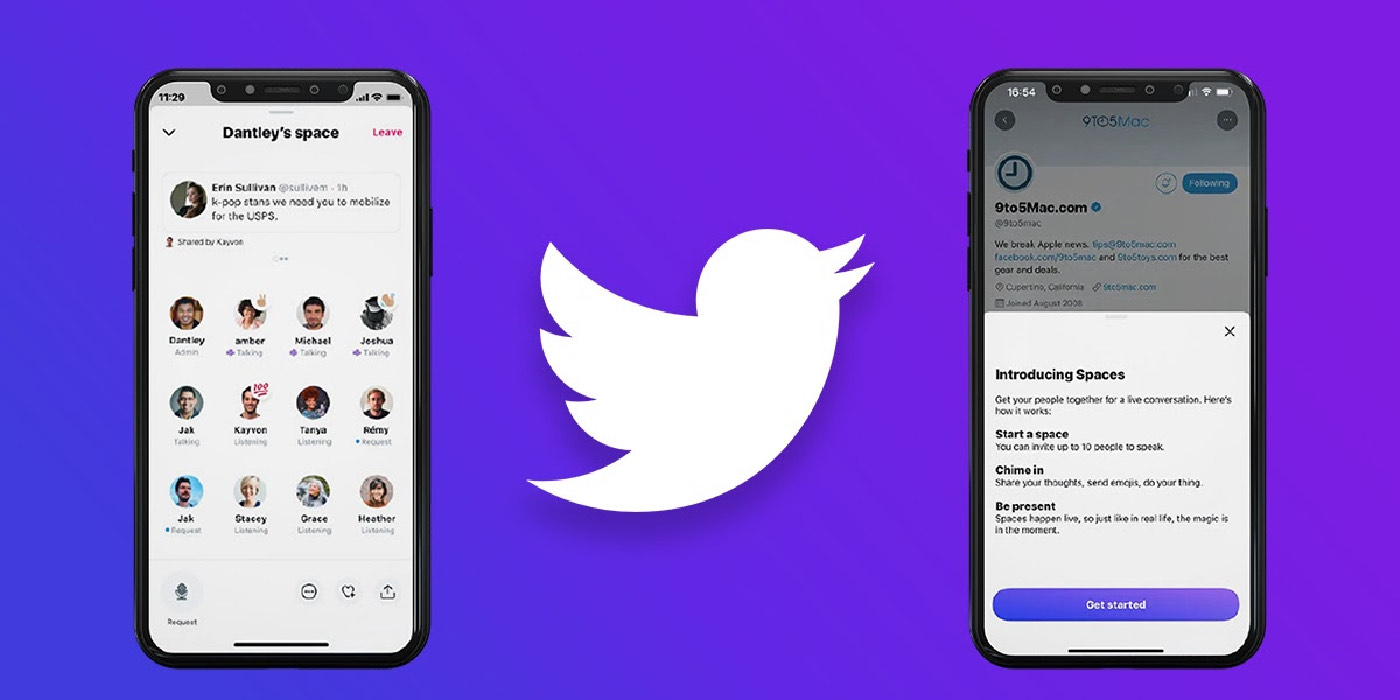 Like Clubhouse, Twitter Spaces is a beta version of the app’s latest audio feature. This voice chat aside to Twitter’s traditional 280 character tweets is free for anyone with an iOS device. However, only a select group of people chosen by Twitter can create their own space to start a conversation. Twitter, also like Clubhouse, is making sure they get the right community standards before making any rash moves.

Stephanie Morgan, social media expert and founder of the marketing agency Social Lock, predicts some promising insights about the newest audio-only social network by Twitter, saying: “Spaces will be a great feature on Twitter because it’s already a dialogue-friendly, majority non-visual platform.” Morgan claims that hosting live discussions, training sessions, and customer Q&As could be a few use cases for businesses to utilise Twitter Spaces as and when it is released to the public at large.

Caffeine? That thing in coffee that makes you both alert and on the brink of dysentery? It’s now an app? Has science gone too far? No, Caffeine is just the name. It doesn’t have much to do with any kind of hot beverage. Caffeine, a platform built by former Apple designers, allows users to create live broadcasts for friends and followers alike. These broadcasts show up in a familiar feed where you can react with an emoji or comment.

Sounds pretty simple, right? Nothing too wild. So what’s the big deal? Well, along with live video broadcasts you can also stream your computer or TV screens as you play video games, the way you would on Twitch. Caffeine has also launched a monetisation program in support of popular broadcasters. While the numbers on Caffeine haven’t been clarified by the company itself, its Crunchbase profile revealed it had over $290 million in investments so far. As for non-corporate news, back in 2019 Caffeine was used to broadcast the 2019 X Games in Aspen. In 2021, the Ultimate Rap League and musician Drake used the app to stream the rapper’s birthday event. 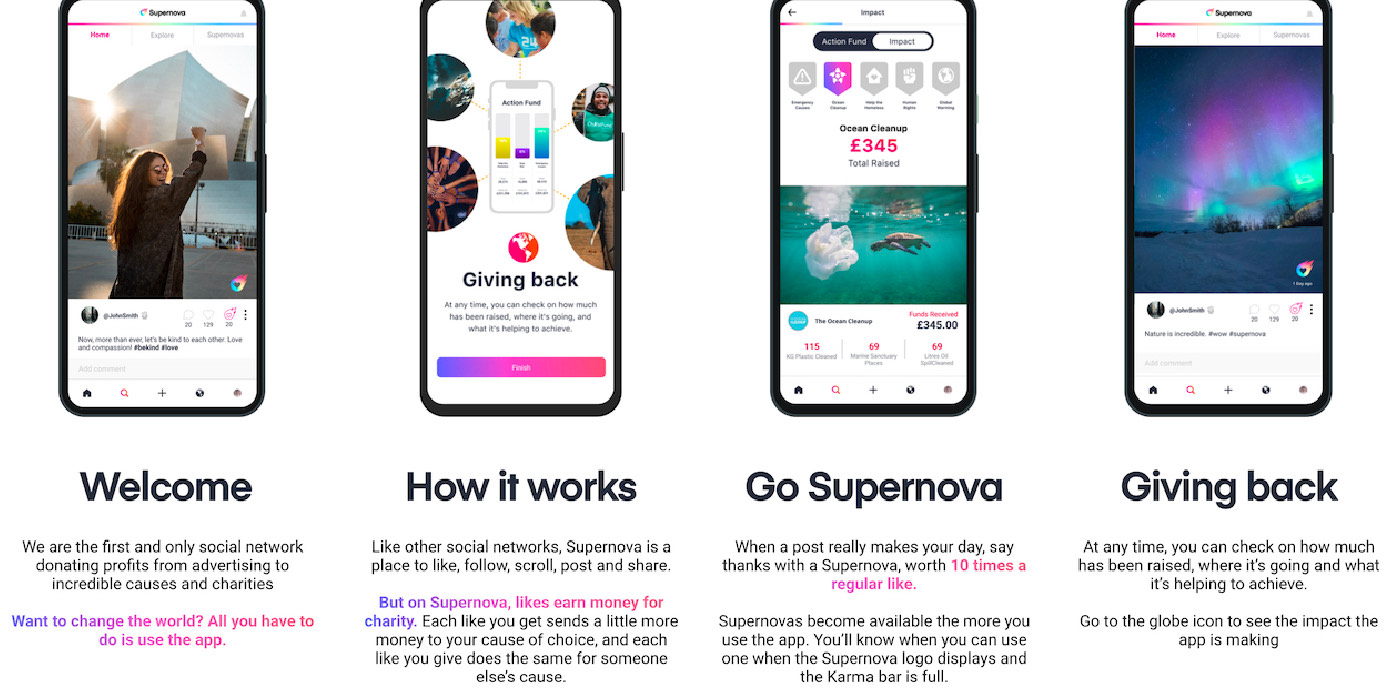 Launched in December 2021, Supernova labels itself as a new ethical alternative to social media giants such as Facebook and Instagram. This is because 60% of Supernova’s ad revenue goes to charities, with creators and brands able to choose which charities they support. Advertisers can also choose where their revenue goes by categories (from anything like Climate Change to Animal Welfare and Human Rights). Supernova employs a team of human moderators to filter out the haters and trolls and ensure users feel safe and welcome on the platform.

Though still a social media baby, and arguably naïve in its motives, Supernova has potential to become something very special in the industry. An app that might spearhead a more-regulated revolution in the bumpy, vicious mediascape of 2022. And how about that name? How can you not have an app called Supernova? 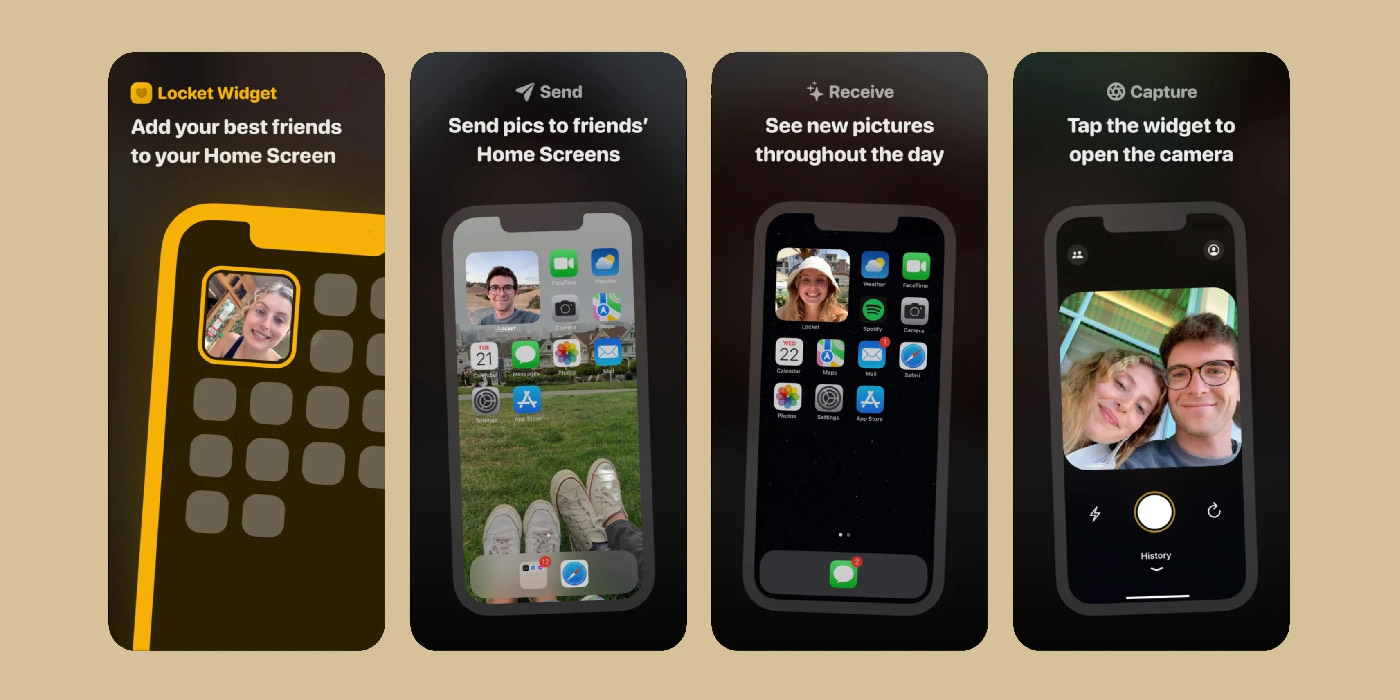 Thanks to the strength of TikTok over the past two years, social media has become a bit of a visual-dominated experience. Now, Locket has joined the fun with its ability to turn Apple’s widget system into your own private social media platform. Locket works having your widget show you live pictures from your friends on your Home Screen. Once a friend sends you a picture, it instantly appears on your Locket widget. You then take a photo and send it as your response through the app.

Users can only have to the five friends on the app at a time, maintaining a polished and personalised experience. A bit like how MySpace used to have you choose a select amount to appear in your Top Friends. Locket has made big waves since its launch on New Year’s Day this year. The social media platform has already topped the US App Store charts and has received over 1 million global installs so far. 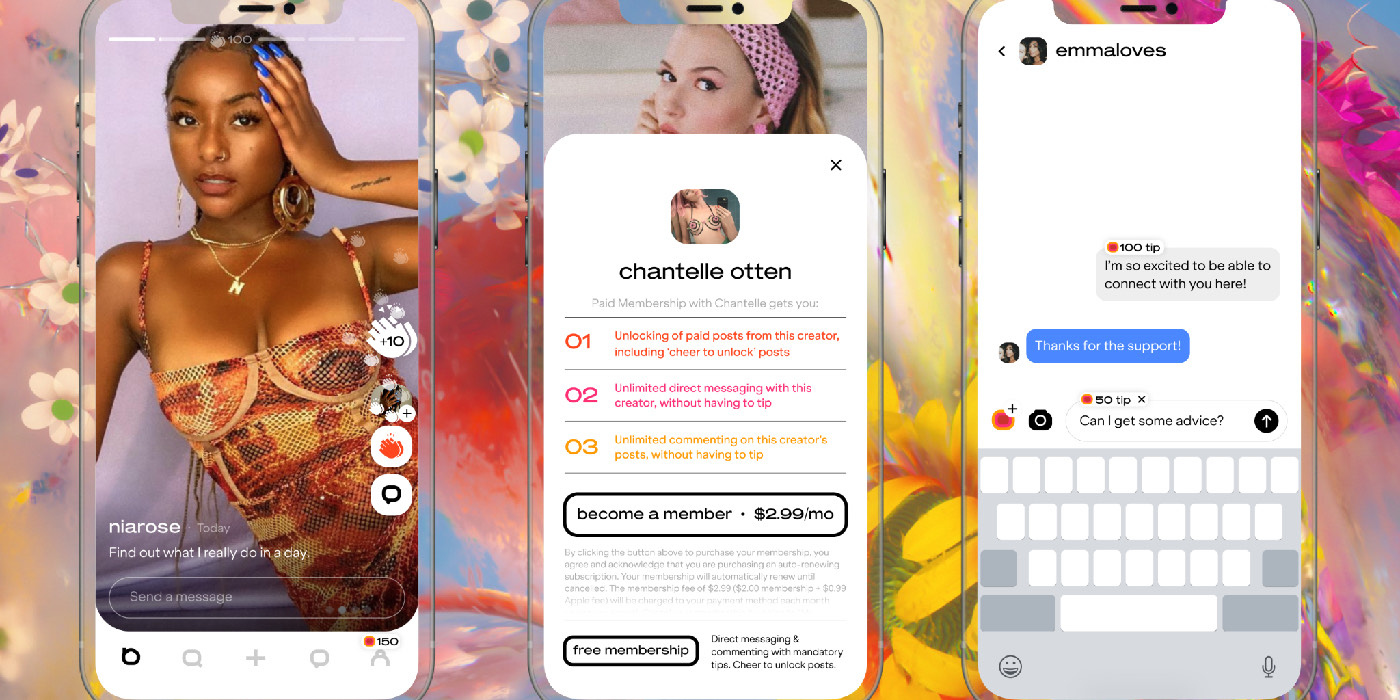 Creators continue to grow in numbers year-in, year-out. It makes sense, then, to create a social media app that openly appeases the needs of them. Sunroom is one such app. Founded by ex-design director at Hinge, Lucy Mort, and Michelle Battersby, Sunroom provides a way for female and non-binary creators to monetise their content. Sunroom realises that broadcasting your interests and beliefs online comes with condemnation and that it’s vital for them to have an inclusive community.

Sunroom gives its creator a range of ways to monetise their content, from monthly subscriptions to tips and reactions. Plus, the Sunroom team have their sights set on building out a host of personal finance tools for creators, including banking and investment features, to help creators maximize the money they generate through the app. 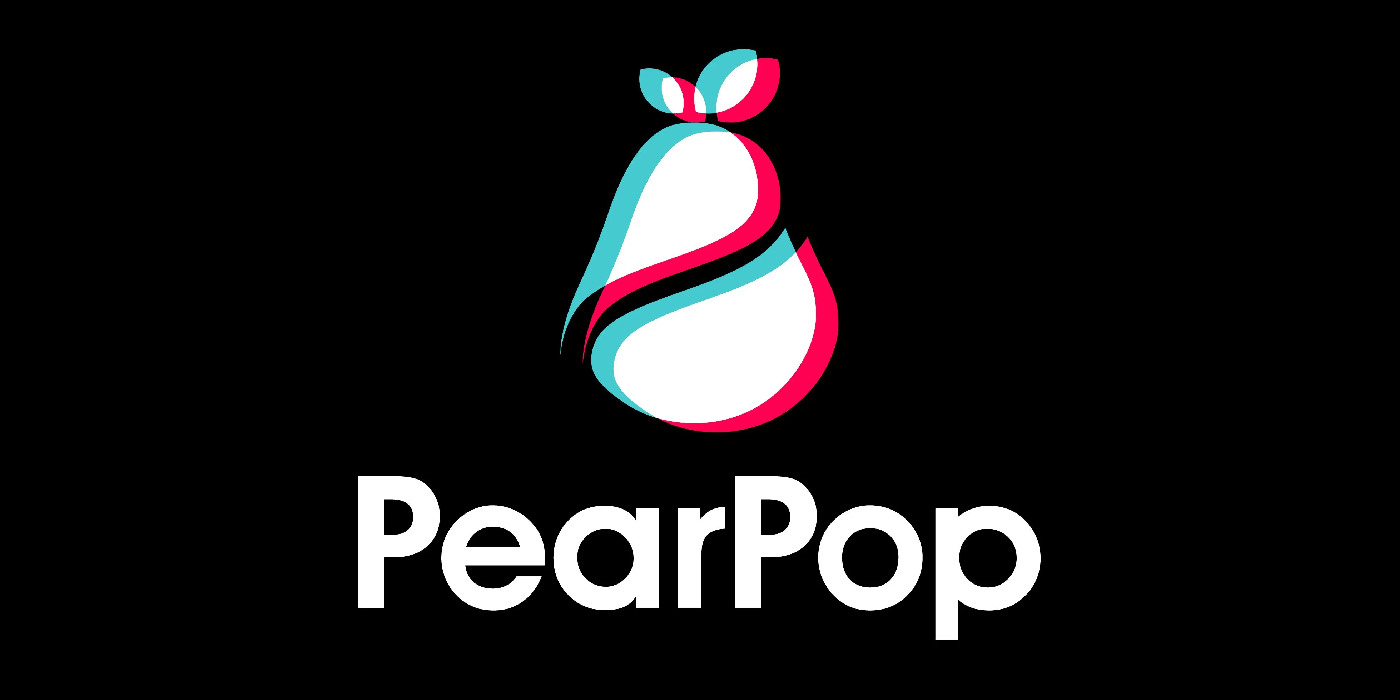 Pearpop is a social media collaboration platform that allows fans to bid for shared screen time with their favourite TikTok creators. There are currently over 100,000 creators using the platform, from Madonna to The Chainsmokers. Although PearPop app has been around since 2020, the app has just launched a new offering: Pearproof, a web app that allows creators to sell NFTs of their social media posts. And we all know how big NFTs are today.

Other apps exist with similar services, but the Pearproof app actually allows these NFTs to gain value as a post generates more social engagement. Pearproof uses a tiered system that allows these NFTs to grow in value, from silver to platinum levels. Also, when an NFT sells, Pearproof will ensure 90% of the profits go directly to the creator. This is one to really watch out for. 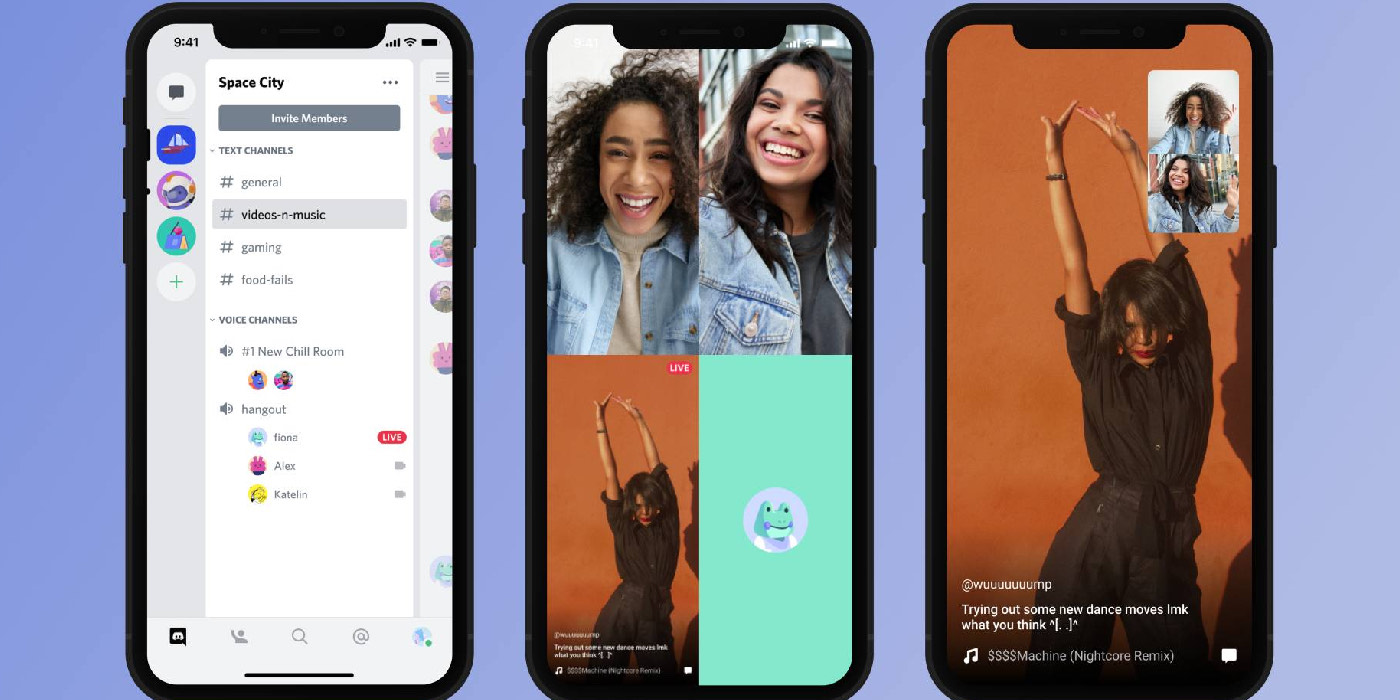 Okay, Discord isn’t exactly new but this former gaming platform has now evolved into an expansive chat app. So it fits. Discord operates on servers, which are community groups that allow video, audio, and text chatting. Every user can build their own server or join one created by another member. When it first launched, it was popular among gamers who wanted a platform to stream games and connect with the broader gaming community.

However, after raising $100 million in funding in 2020, Discord announced plans to expand beyond this community. In a blog post, co-founder and CEO Jason Citron shared that its users wanted this change. “Games are what brought many of you on the platform, and we’ll always be grateful for that,” he wrote. “As time passed, a lot of you realized, and vocalized, that you simply wanted a place designed to hang out and talk in the comfort of your own communities and friends.” 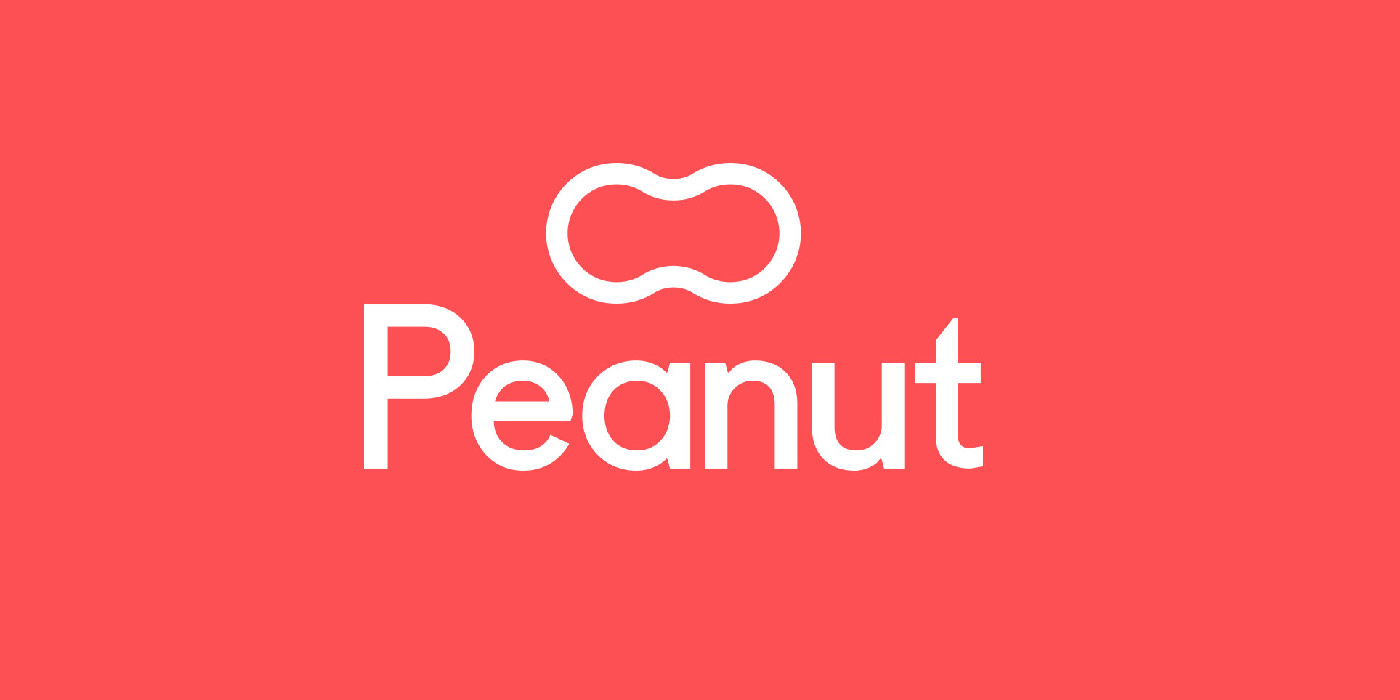 Peanut is a social network for women journeying through all stages of motherhood, whether they be mothers, expectant mothers and those trying to conceive. It was created in 2017 to help women establish strong, supportive networks, build friendships and tackle hate online. It has 1.6 million users and 10 million connections across the UK, US and Canada. Peanut offers its users a stack of useful resources, forums and groups, including a community area created in 2020 for people to share their experiences with pregnancy loss, adoption and infertility.

The app also launched Peanut Menopause in September 2021 to expand the support network to women in other life stages. Like Clubhouse and Twitter Spaces, Peanut also got in on the audio game, launching a new feature called Peanut Pods. Mush is another app to keep an eye on. Backed by the NHS Innovation Accelerator, it has a similar focus on creating support networks and social connections for new mothers. It was recently acquired by Mumsnet. 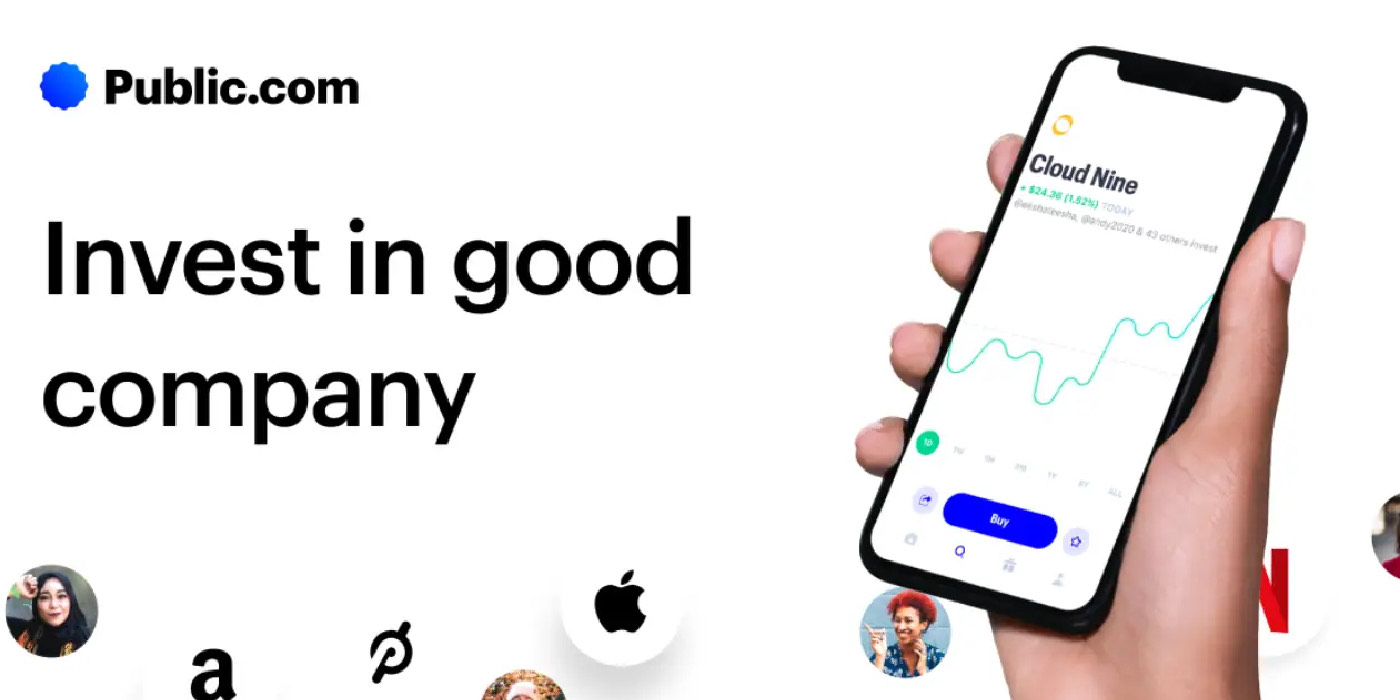 Founded in 2019, Public is an investing app and a social network for users interested in all things finance, cryptocurrency, and investing. Users can manage their portfolios through the app, on top of exchanging private messages and join discussions on public channels. In its first 18 months, Public grew to over a million members by focusing on diversity and accessibility, attempting to reach both new investors and those who are looked-over in financial sectors. It now has over 3 million members, 45% of whom are BIPOC and 44% women.

Public, too, is jumping on the audio bandwagon with Public Live, though unlike Clubhouse or Twitter Spaces, where any man and their dog can host a chat, Public Live is more strictly programmed. Public is a prime example of a social media app that isn’t casting a wide net. Its intention and audience are clear. Its topic niche and precise. If your company isn’t in the finance space, Public might not be of interest to you. But it’s worth considering all the same.