10 Celebrity Pets With Their Famous Humans

10 Celebrity Pets With Their Famous Humans 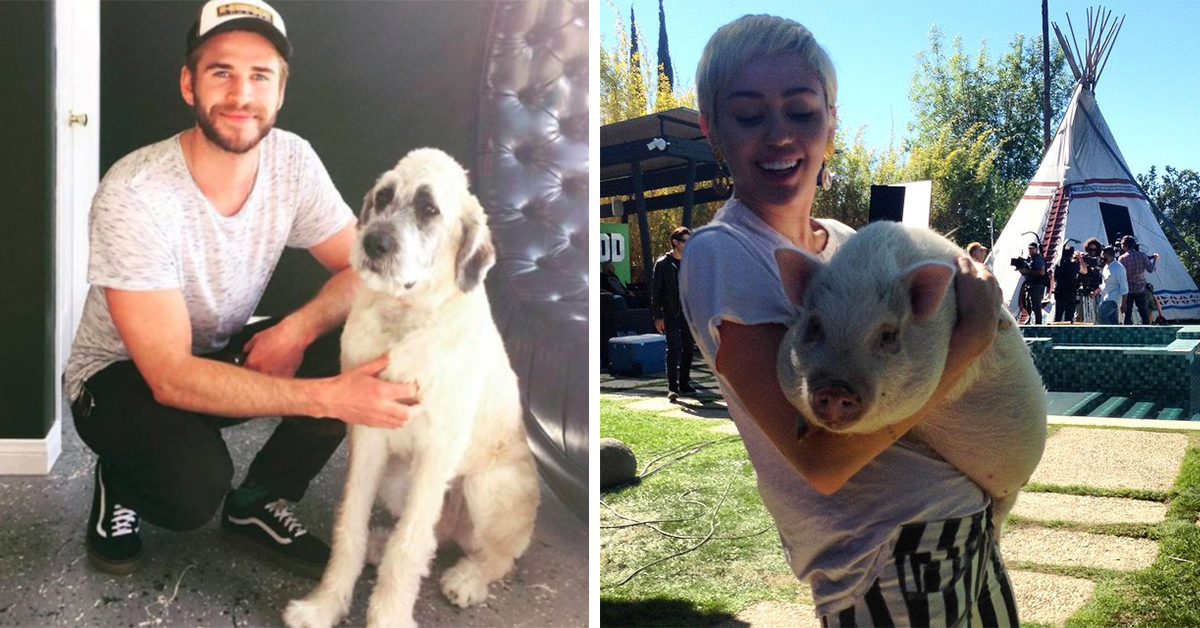 Andy Warhol once famously said that “in the future, everyone will be world-famous for 15 minutes”. It’s a phrase that takes on more relevance with each passing day, but there’s just one problem: the genius who convinced society that his painting of a can of soup was art never factored in the fact that one day pets, too, would have the potential to become stars. In this age of Instagram and Twitter, pets can become overnight sensations, garnering immense fame through use of social media and choosing the right celeb circles. And they can do it with or without their humans. Here are ten celebrity doggos, felines and other assorted creatures, with their humans in tow.

1. Josie B (and Kerry Washington) The pupper seen brooding intensely in this pic is Josie B, whose last name stands for “best at rest” or “best distraction”, depending on the day. Josie is a shorkie, or a Shih Tzu-Yorkshire Terrier cross, and has her own Twitter page, tweeting at @JosietheShorkie. Her human appeared in an obscure television series named Scandal. This regal creature, a rescue horse, is named Smoke, and was only recently adopted by his current owner. He first became famous thanks to this Instagram snap. The irresponsible human teasing Smoke with a bottle of beer (apparently he just “loves the smell”) goes by the name Channing Tatum, and is reportedly an actor. There are three doges in this photo, but as you can see, pride of place belongs to Koji. He’s a three-year-old French bulldog, and can be seen here next to his two siblings, Asia and Gustavo, who are themselves French bulldogs. There are also two humans in this picture. One of them goes by the name of Lady Gaga, and is a musician who won a few Grammys once or something. Named for a Law and Order: SVU character, Olivia Benson is a four-year-old Scottish fold cat, and has already made several media appearances in her short career. Olivia has featured in several popular Instagram videos and even a Diet Coke ad, where her co-star was an unknown musician named Taylor Swift. Rescued as a kitten, Graham is a tabby cat who is fast becoming a social media star. He tweets at @GrahamShizza, and has an impressive 65K followers. The human who he lives with claims to be a singer, but he sometimes supplements his income by appearing as an extra in shows such as Game of Thrones. Just take a look at that handsome creature. Her name is Dora, a three-year-old rescue dog and proud labradoodle who has lately become a star of Instagram. Her human, who goes by the name Liam Hemsworth, has two older brothers. While Woody’s human, a part-time actor, lives on, Woody himself sadly passed on last year at the age of six after a long term battle with a muscle disorder. Rescued as a stray aged 11 weeks, Woody – or Woodstock Yamaduki to give his full name – was a regular It dog about town, appearing regularly at movie premieres and in set photos from popular Hollywood movies. The star of this image is Leo, a husky crossbreed named after the human star sign. He can be seen attending Hollywood movie premieres and occasionally in racy snaps like the one above, which also features his human, reportedly an actor and model. A Beagle-Chihuahua mix, Toulouse’s first home was an animal shelter, but he was happily adopted soon after being taken in there as a puppy. Named after an Aristocats character, Toulouse is already appearing in music videos and winning various awards, claiming Cutest Pet at the 2018 iHeartRadio Music Awards. His human is a budding singer. Formerly known as Bubba Sue, but now going by, simply, Pig, Pig rocketed to fame when he appeared on the cover of Paper magazine in 2015, along with his human. Pig’s human is known as Miley Cyrus, most famous as the inventor of the twerk.