10 Spotify playlist ideas to inspire you 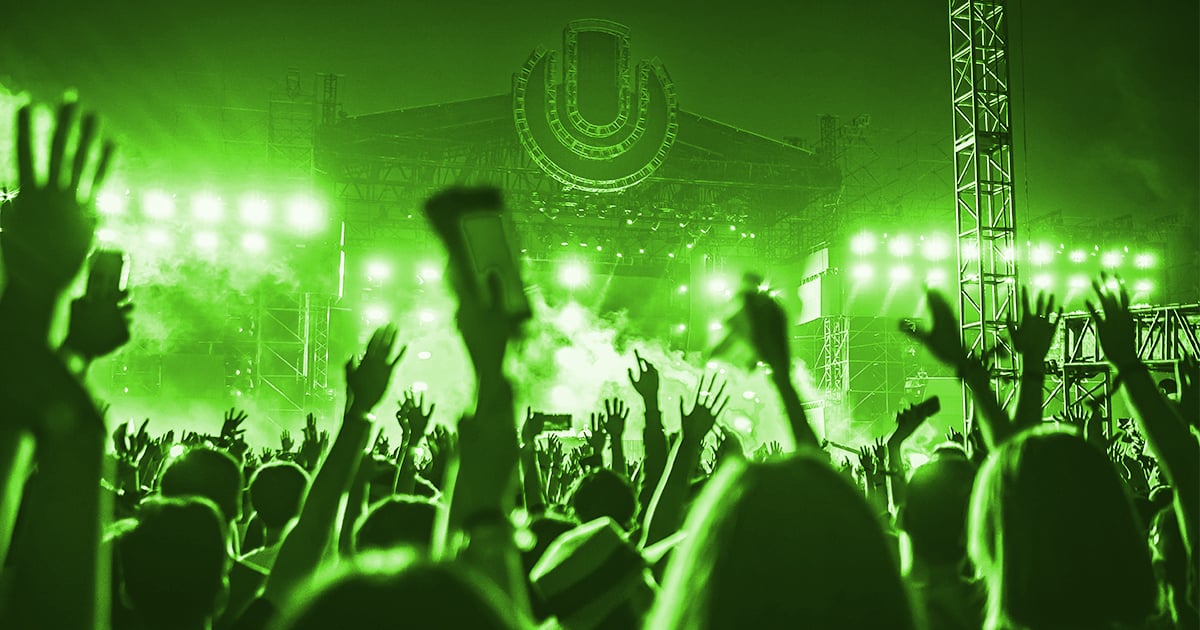 Everyone’s looking for a killer playlist idea. Done right, you and others around the world can rely on it for years to come.

There are pre-existing playlists, of course – Spotify alone is home to around 80 billion! That’s a lot to sift through. So it makes sense that you might want to create your own instead, one that truly meets your criteria and that you won’t find yourself skipping.

There are reasons why you’ll want your own playlists – the radio can’t read your mind! A selection of curated playlists don’t suffer this fate. They can provide a suitable soundtrack to your every mood and situation. Some of these playlist genres include Workout, Romance, Summer, even Shower. Music when you want it, how you want it.

Below are ten Spotify playlist ideas to inspire and guarantee that you never find yourself hovering above that skip button. 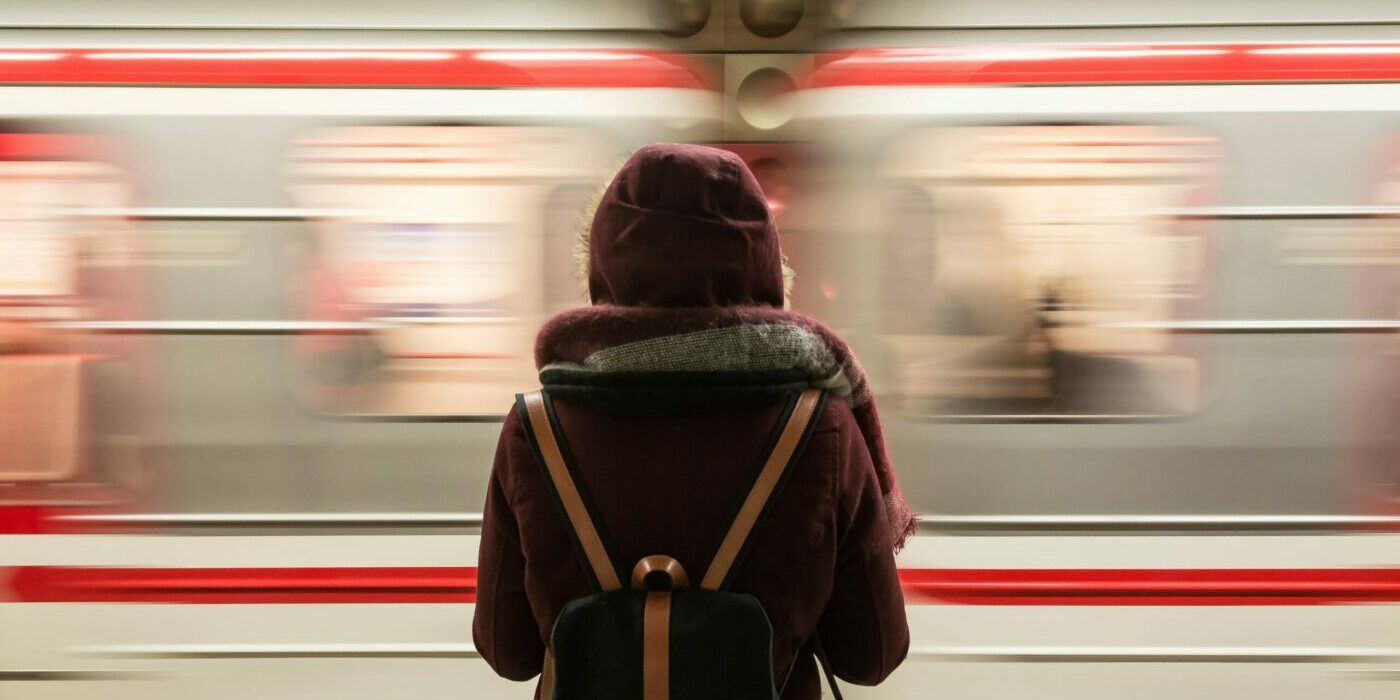 The commute has gone through a complete revolution these last two years. Who’d have thought in December 2019 that almost 60% of the world’s workforce would have their commute shortened to ten seconds? And that it would become the norm? Even Mystic Meg had her pants down with that one.

The Commute Playlist is all but defunct at the time of writing. However, for the traditionalists out there. Or the non-office types who have no choice but to commute, this is a great idea. Something to set you up for the day. If stuck for songs, draw on a few from this commuting playlist. Songs include Valley’s ‘There’s Still A Light In The House’, Kacey Musgraves’ ‘Rainbow’, Brett Dennen’s ‘Paul Newman Daytona Rolex’ and the Lumineers’ ‘Salt And The Sea.’ 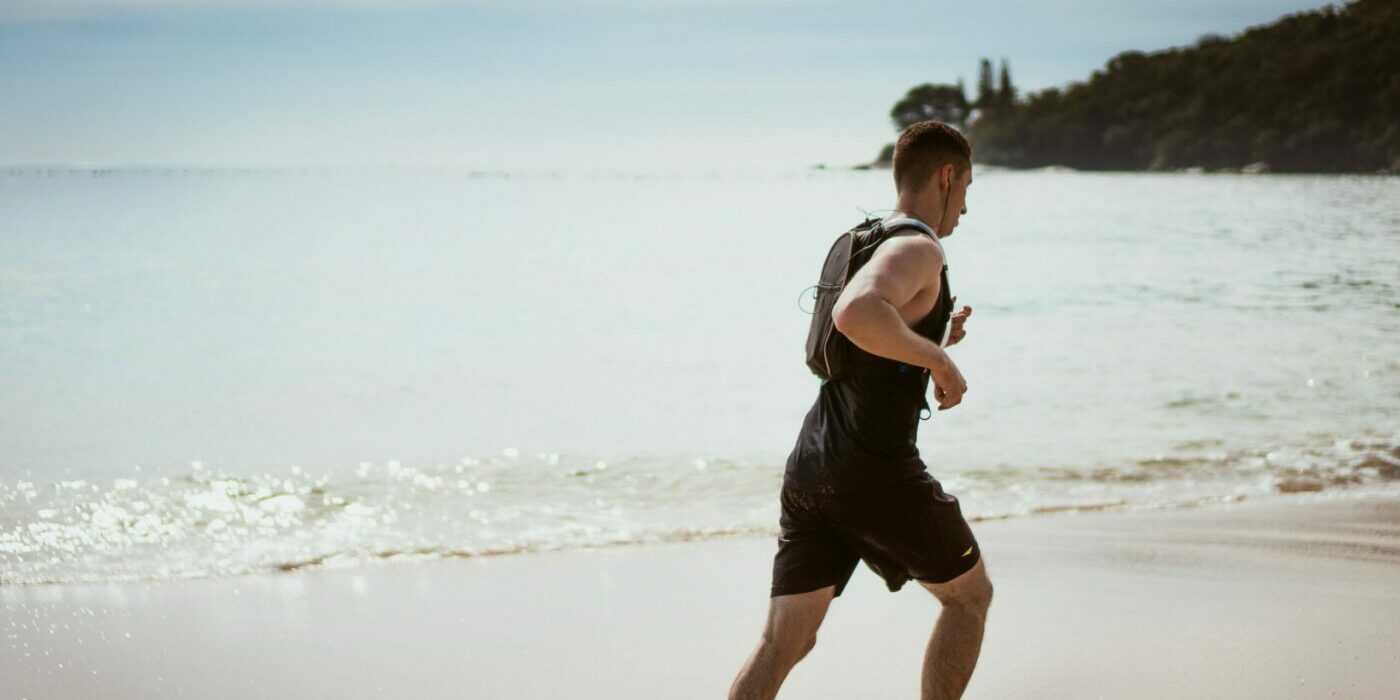 Home exercise is booming. Not because people love it, necessarily, but instead because it was one of few things during the pandemic that allowed us to escape the cycle of DIY baking and virtual pub quizzes. People who would’ve previously sooner jumped off a cliff than undergone exercise now found themselves at the beck and call of fitness routines and home workouts.

Unless you’re a big sounds-of-nature-person, you’ll require some accompanying music to help you shed those carbs. This workout playlist may give you a few ideas. Artists include Jack Harlow and Young Thug. 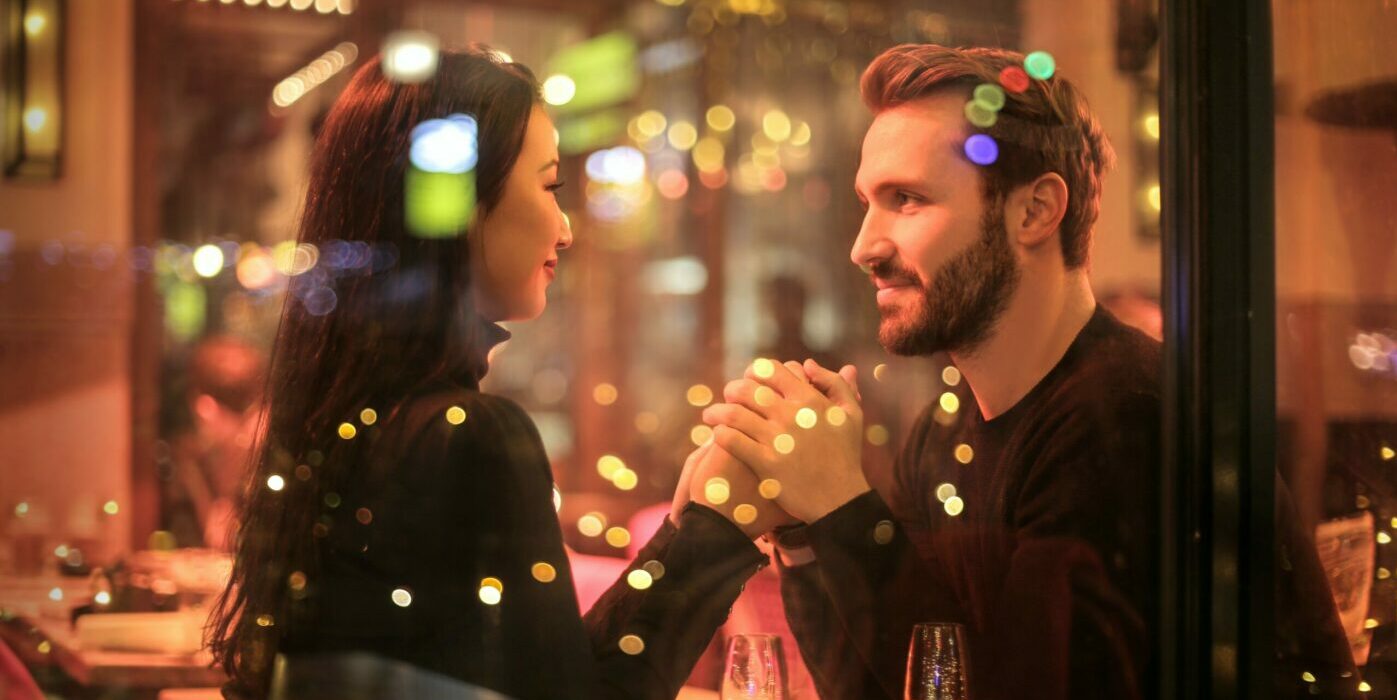 Some of you out there might have bags of confidence. You might think nothing of a bit of genuine quiet-time with your special someone. No TV, films or music. Nothing but the crackling of a fire and the clinking of wine glasses. The rest of us need something to drown out the silences, as well as the belly rumbles and suppressed burps.

It’s hardly a surprise that the Romantic Playlist is widely popular, with an estimated 100 million love songs having been written. You will never run out of contenders for this one. If you need a head start, here’s a playlist to tug your at your heartstrings. Songs include Bryan Adams’ ‘(Everything I Do) I Do It For You’, the Bee Gees’ ‘How Deep Is Your Love’ and Alicia Keys’ ‘If I Ain’t Got You’. 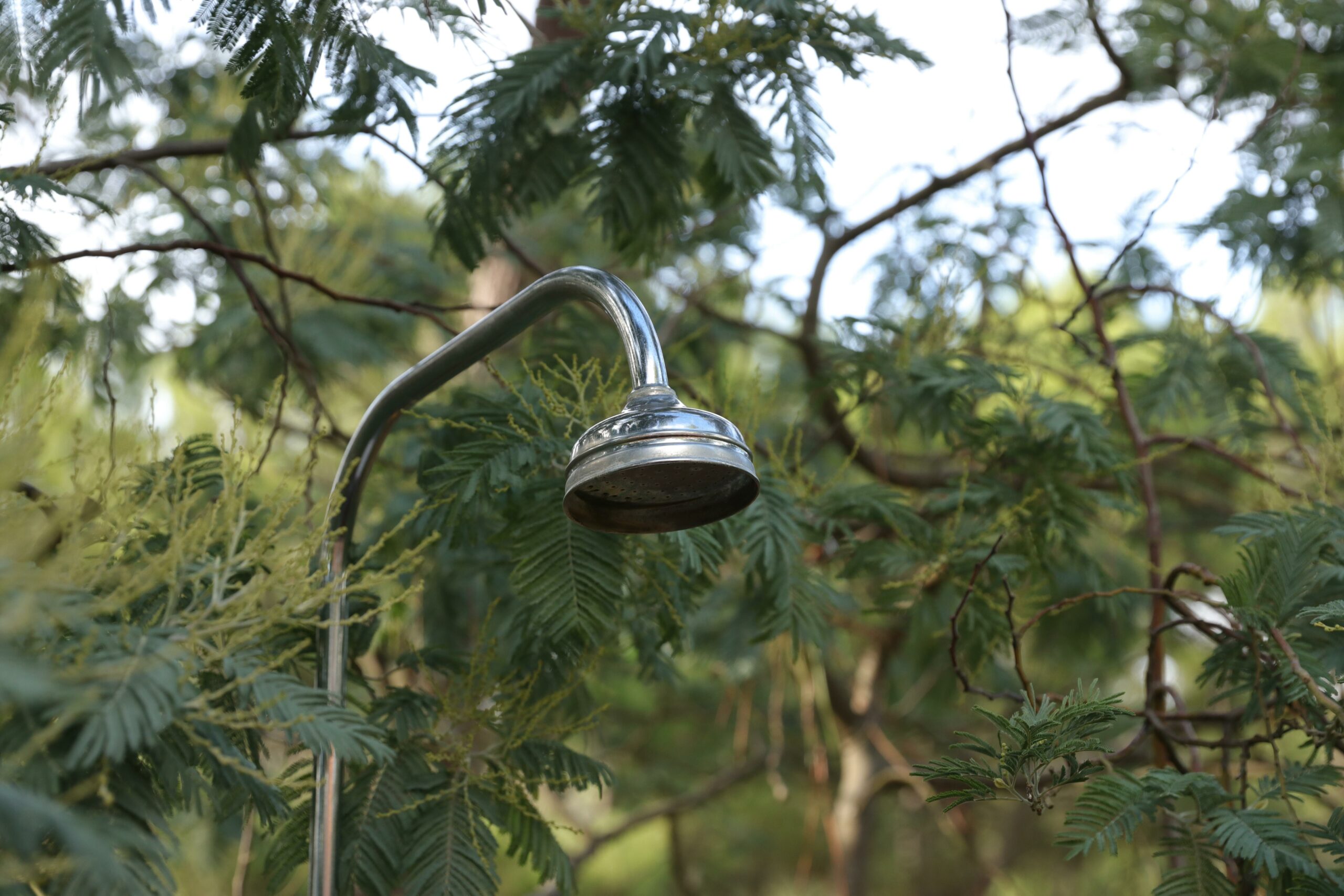 Have you ever been listening to music and thought, “I’d love if this was overpowered by the sound of cascading water?” If so, a Shower Playlist might be just the idea you’re after. Believe it or not, there are plenty of folks out there who prefer their showers longer and with a soundtrack. Maybe they’ve seen Psycho too many times; maybe they just wanna take singing in the shower to the next level.

This shower playlist on Spotify might serve as a good starting point. Artists include everyone from Wham and Neil Diamond to Shawn Mendes and The Weeknd. According to this post about music and showers: “Listening to certain types of music such as classical or sounds of nature produces a feeling of well-being that activates the segregation of nitric oxide in the body and this begins to act in the body as an anticoagulant, in addition to reducing cholesterol harmful to health.” 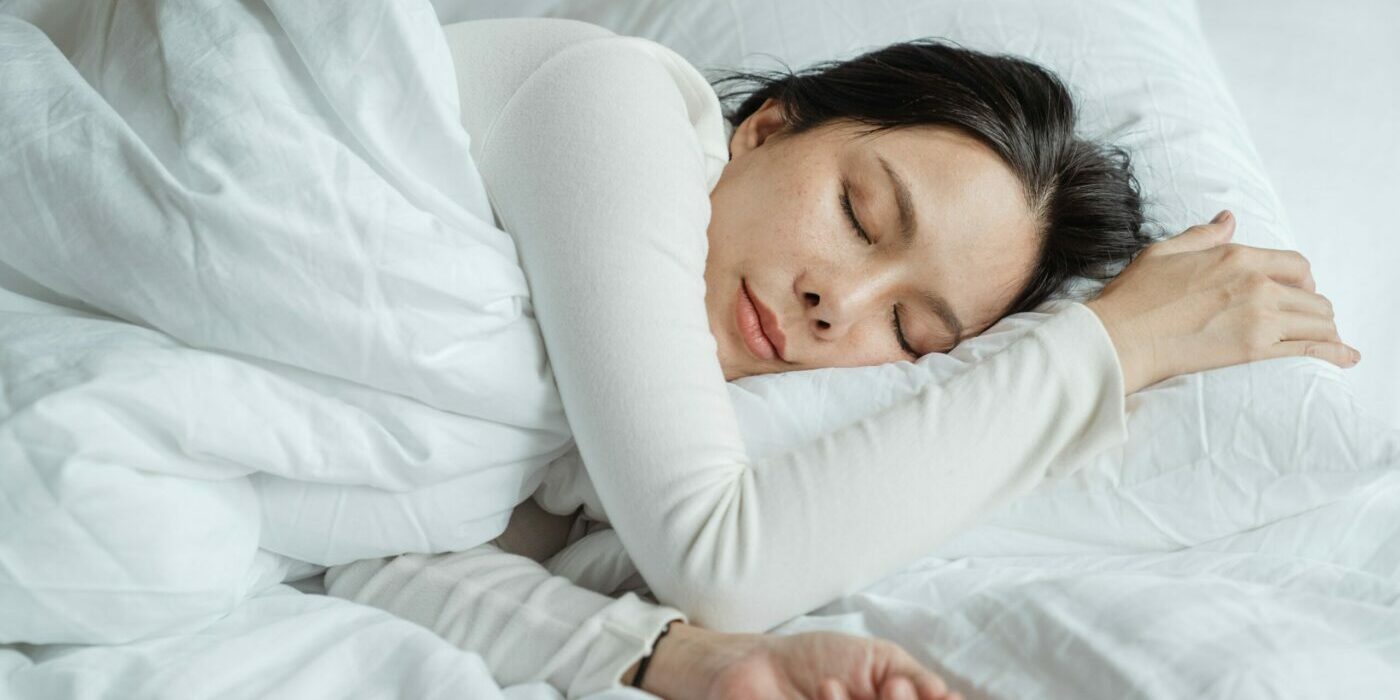 Now this one might be different. There won’t be much music on this, if at all. Unless you’re in a nightclub at 2am in your thirties, it’s near impossible to fall asleep to popular music. Over the last decade, we’ve seen a huge rise in both ASMR and general ‘relaxing sounds.’ Some apps cater to this, offering raspy short stories read in dulcet tones to guide you into a great night’s sleep. Others just vouch for the white noise of humming or waves. Point is, the Sleep Playlist is a great idea.

Struggling to fall asleep worrying about what to put on your new playlist? Have a look at this Deep Sleep one to get a good taste of what makes people tick… or snore. Tracks include Gabby Laurent’s ‘Half Full’, Sabrina McGregor’s  ‘Inner Peace’ and Nova Issue’s ”Liberation.’ 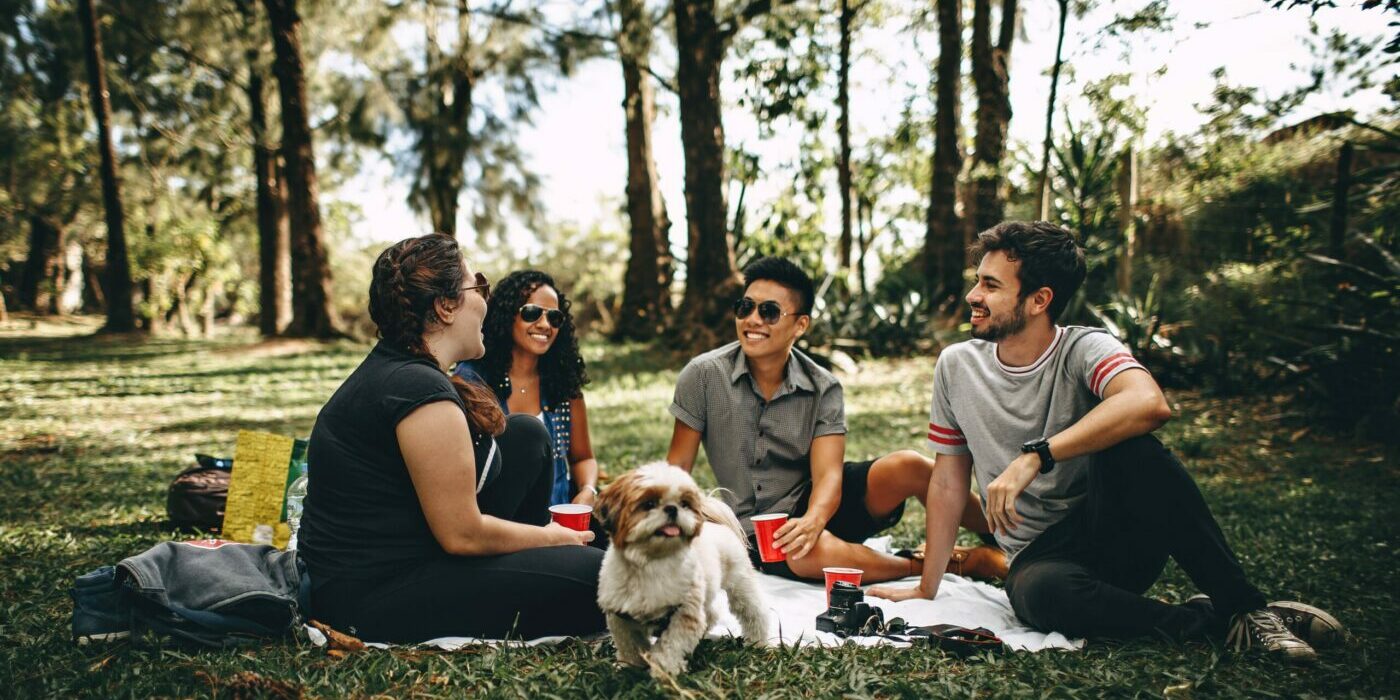 With the days getting longer and weather getting warmer, people are already fantasising about afternoons moseying about the park. One friend can bring the drinks, one can bring the snacks, another can bring the portable BBQ. That leaves you with the responsibility of bringing the tunes. Worry not, the summer playlist is quite straightforward. Most people don’t care if it matches their favourite genre, as they’re mainly just happy to be sat drinking in the sun. Still, don’t go too crazy.

There are millions upon millions of summer playlists, a lot of them fairly identical. Here’s one that does the job. Follow in its footsteps and you’re guaranteed a playlist for the ages. Songs include Ed Sheeran’s ‘Bad Habits’, Mike Perry’s ‘If I Ruled the World’ and Becky Hill’s ‘My Heart Goes (La Di Da)’. 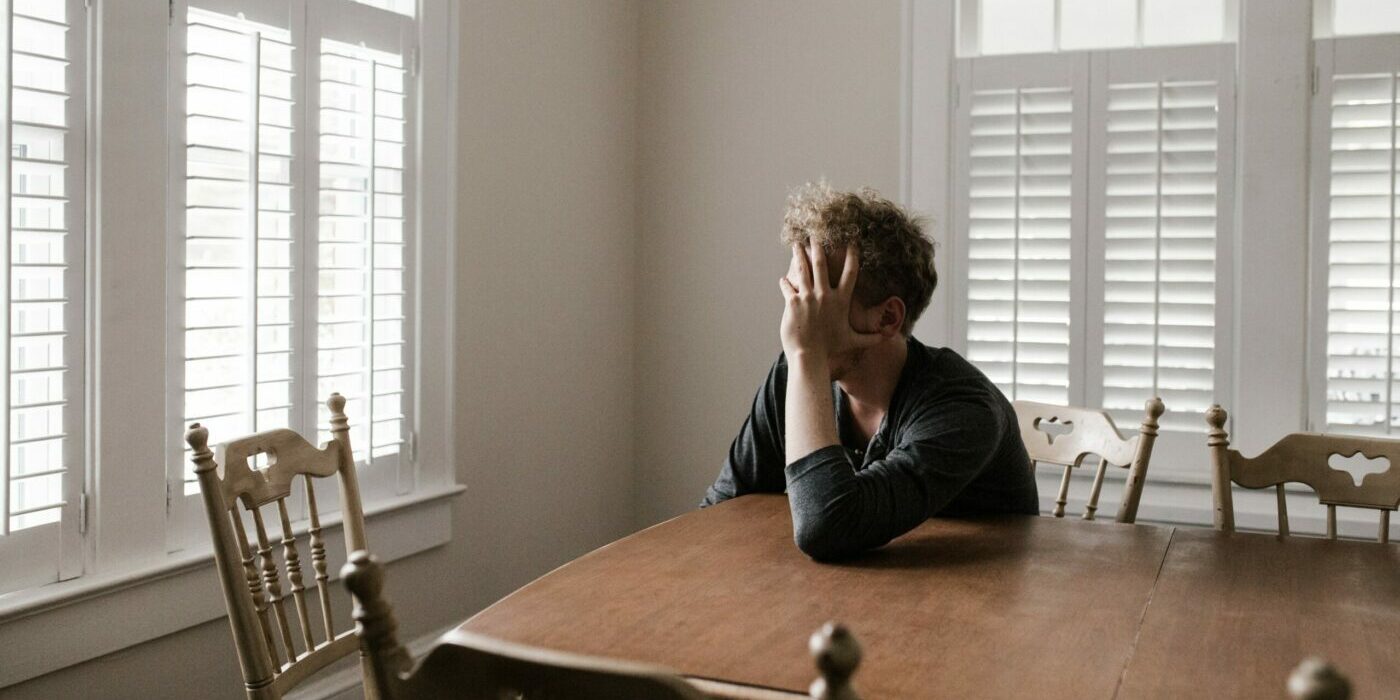 A Sad Playlist might sound like a terrible thing in theory. But the weird truth is that we enjoy listening to ‘sad’ music when we’re feeling down in the dumps. In a way, it’s like cutting to the chase. Throwing yourself in the deep end. By acknowledging and indulging your sadness it has the potential to make us feel better. Research at Durham University showed that listening to sad music “can provide comfort and even enjoyment”.

So don’t fret about the way you feel. Certainly don’t force yourself to listen to disco or bubble-gum pop. Go ahead and slap on a moody, sombre playlist like this and go off and better it by creating your own. Songs include Adele’s ‘Easy On Me’, Billie Eilish’s ‘Your Power’, and John Legend’s ‘Conversations in the Dark’. 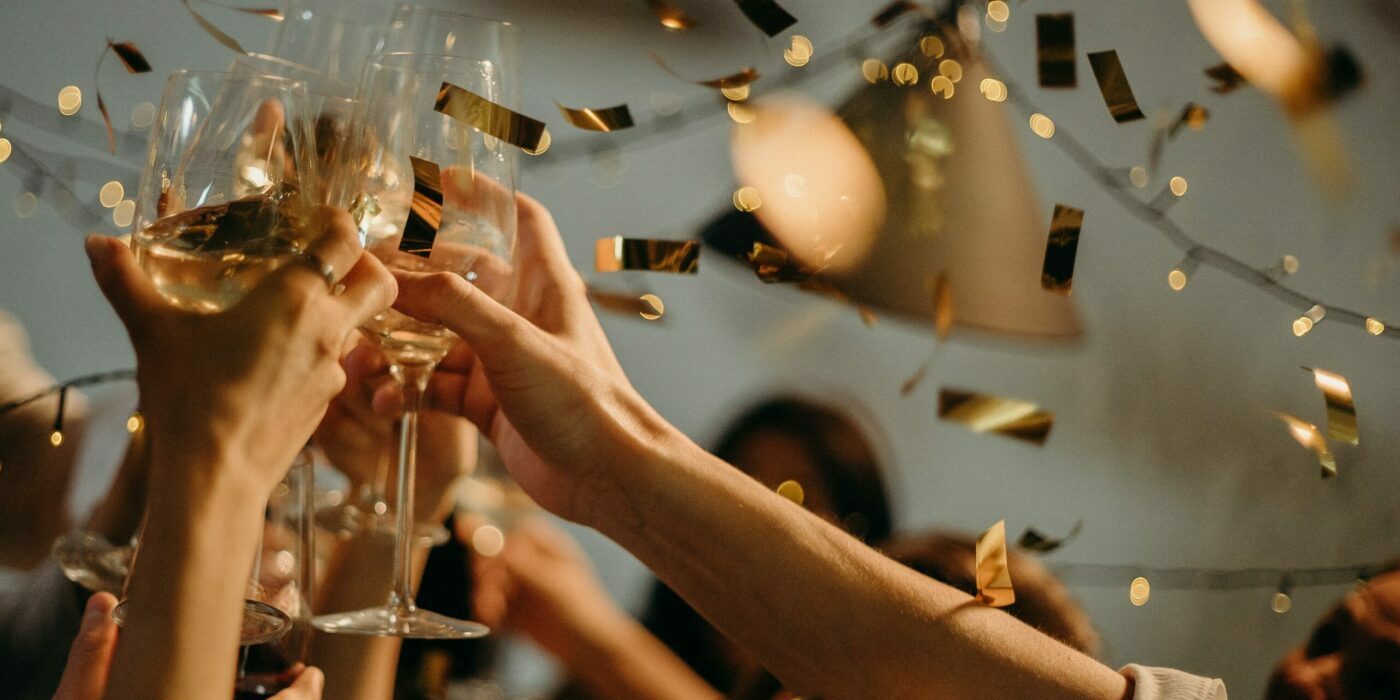 Unlike the above-mentioned, this is a scenario that actually requiresmusic. What is a party without it? Not much. A book club meeting maybe. This is a big chance for you to take the vibe to the next level, raise spirits, even attract compliments. “Wow, great playlist!” friends will say. “What an eclectic mix! How’d you come up with it?”

You won’t have to thank this article. Thank this example playlist instead featuring the likes of Doja Cat, Dua Lipa, Lil Nas X, Olivia Rodrigo and Bruno Mars. A 2011 study showed that listening to enjoyable music raises your dopamine level by 9%, so it’s crucial you get this one right. Prioritise it or risk the whole room walking out. Nobody wants that, do they? 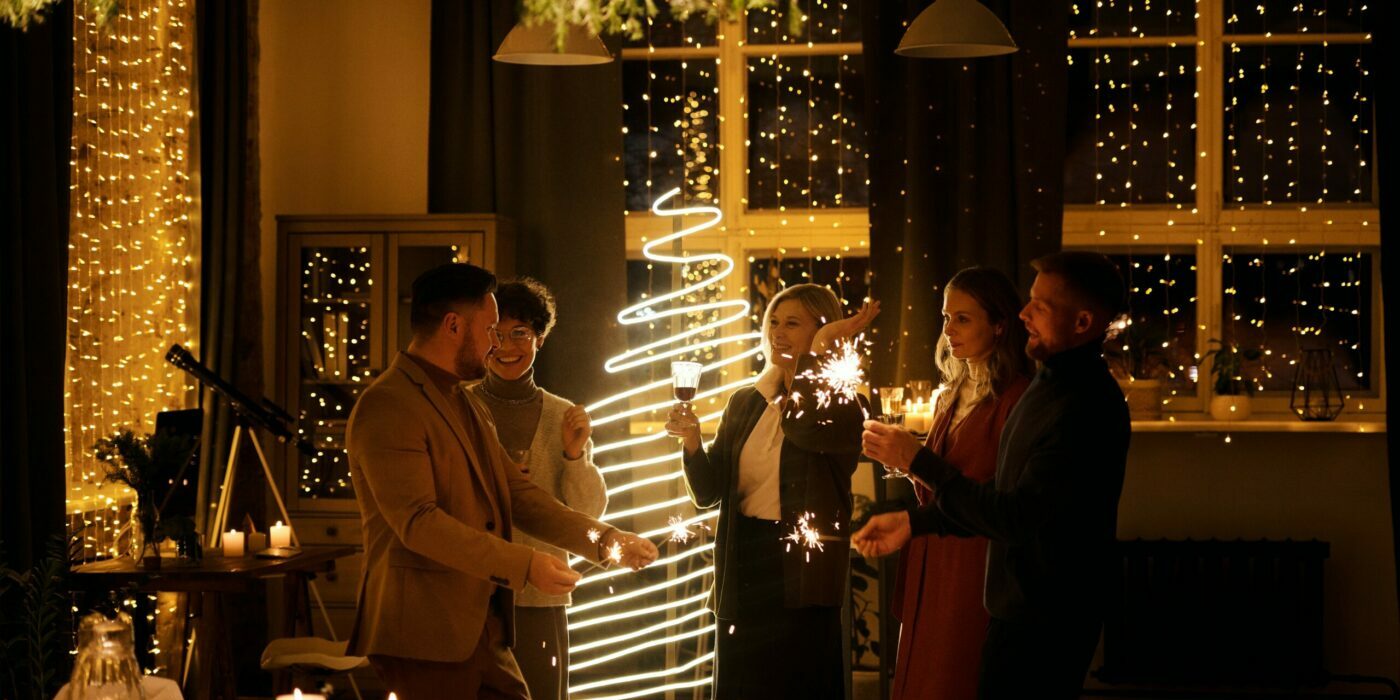 Okay, we don’t wanna be thinking about winter right now. It’s old news. Why curate a playlist around it? Well because winter will return and it’s better to be prepared than rush around in November scrambling together a group of played-to-death cliches. By creating one in the springtime, you can take into consideration the songs that never get radio or TV coverage.

When it comes to crunch-time – an office party or family event – you will have the perfect and refreshing seasonal playlist. For inspo, have a look at this one. Songs include Louis Armstrong’s ‘Zat You, Santa Claus?’, The Three Stooges’ ‘I Want a Hippopotamus for Christmas’ and Danny Kaye’s ‘Santa Claus Looks Like My Daddy’. 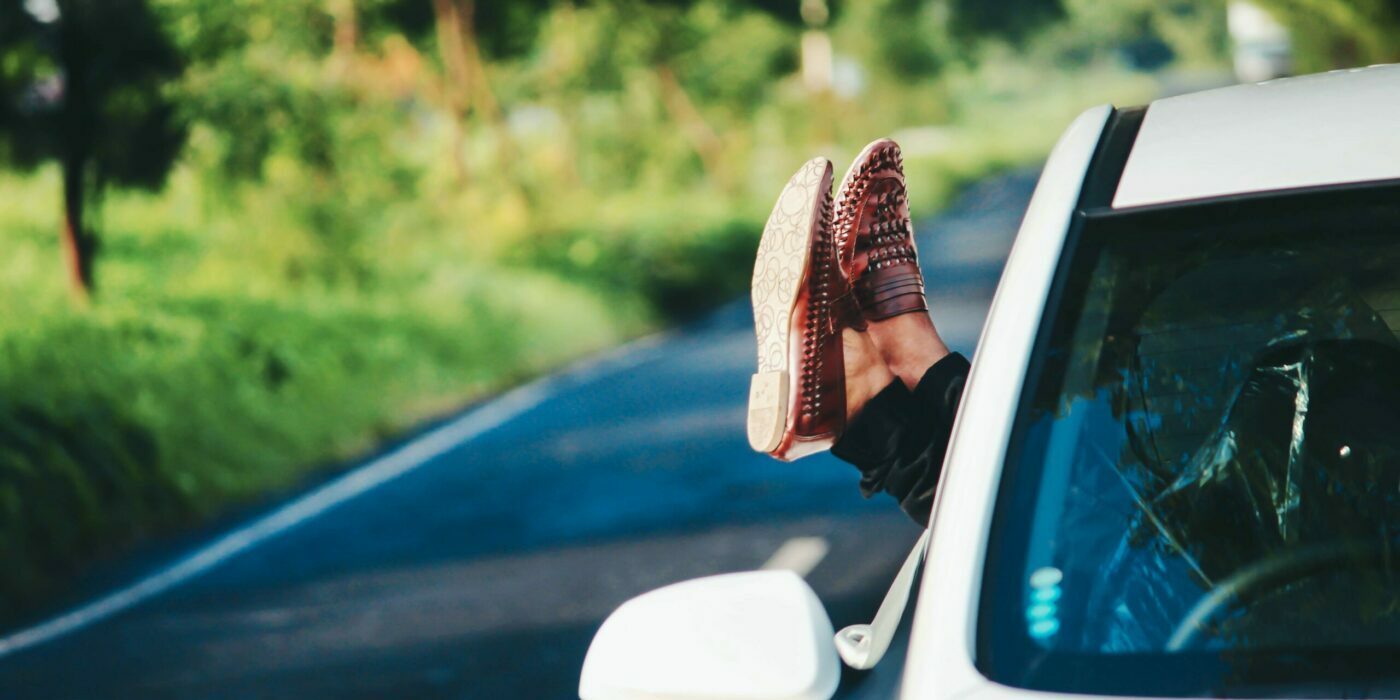 Driving and music. A legendary combination. Up there with ham and cheese or Batman and Robin. It’s hard to imagine driving in silence. Some of our earliest experiences of music are on long car drives during the summer holidays.

To master the Driving Playlist, you’ll want to evoke a sense of adventure, of escaping your humdrum life back home. The obvious example here would be Bruce Springsteen who, although great, might not resonate with younger passengers. For them, throw in the odd Camila Cabello song. ‘Havana’ would be a good shout. If you want some help, head over to this playlist.