10 Things You Never Knew About Stephen King's IT

10 Things You Never Knew About Stephen King’s IT 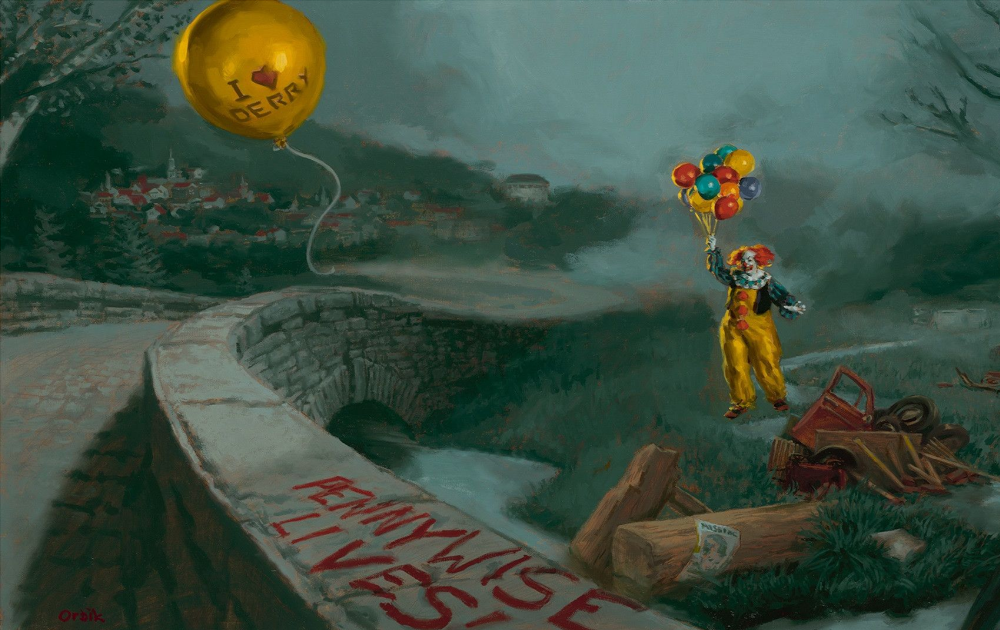 Stephen King’s novel IT was first published in 1986 and became the bestselling book of that year. It’s well known for its length and usage of long time periods to set up the story. Due the release of the new movie, which has been massively successful, more people are becoming interested in this spooky story. This is the stories second screen adaption, as it was also made in to a mini series in 1990, which starred Tim Curry as the titular It.

If you’ve only seen the trailers then you might think it’s just a story about a killer clown. But there’s much more to the fictional setting of Derry, Maine and the group known as The Losers’ Club. Here’s 10 facts you may not have known about Stephen King’s It. 1. The book was inspired by a classic Norwegian children’s story.

The Three Billy Goats Gruff is a tale about three goats stopped by a troll as they try to cross a bridge. It may sound nothing like a 1000+ page horror novel about a clown terrorizing kids, but King calls it a primary inspiration. He swapped out the bridge for an entire city, and the troll for a demonic entity known only as It.

King wrote on his website: “I decided that the bridge could be the city, if there was something under it. What’s under a city? Tunnels. Sewers … I thought of how such a story might be cast; how it might be possible to create a ricochet effect, interweaving the stories of the children and the adults they become. Sometime in the summer of 1981 I realized that I had to write the troll under the bridge or leave him—IT—forever.”

2. It took Stephen King four years to write It. Stephen King is well known for the sheer volume of his work, having written more than 50 novels. When IT came out it was the first of four books published by King in just 14 months. Over 1986 and 1987 Stephen King wrote It, The Eyes of the Dragon, Misery, and The Tommyknockers. It’s easy to assume King can just seamlessly write novel after novel but It took him four years.

3. It was written while King was using cocaine.

Stephen King has been sober for over thiry years now, but he once suffered an addiction to drugs and alcohol. It didn’t effect his writing career, though it may have influenced the character of Jack Torrance in The Shining. In an interview with Rolling Stone King said: “I was a heavy [cocaine] user from 1978 until 1986, something like that,” He said the The Tommyknockers, which came out just after IT, was the last novel he wrote before recovering. At 1138 pages it comes juts under his longest book The Stand, at 1153 pages. A copy of the book can weigh four pounds.

5. It has a controversial scene that will never be adapted.

It contains an infamous sex scene with the 11 and 12 year old members of The Losers’ Club. For questionable plot reasons the boys all have sex with the one female member of the group. King has explained the scene saying: “I wasn’t really thinking of the sexual aspect of it. The sexual act connected childhood and adulthood … Times have changed since I wrote that scene and there is now more sensitivity to those issues.”

6. It terrorizes Derry every 27 years, and the adaptions of It are 27 years apart. In the novel It is not just a clown, It is a demonic entity that changes shape to best scare whoever it’s terrorizing. It has also appeared in the form of werewolves and vampires, showing up roughly ever 27 years. In what is most likely a coincidence, the new film adaption was released 27 years after the miniseries.

7. The town of Derry is based on Bangor, Maine. King has said before that the town of Derry is based on Bangor, where he has lived since 1979. King decided to live their as he felt Bangor was: a hard-ass working class town … and I thought that the story, the big story, I wanted to write, was here … all my thoughts on monsters and the children’s tale Three Billy Goats Gruff

8. It takes on the form of Pennywise the clown as King thinks that’s what scares children the most. The goal of It, according to King was to blend the scariest monsters together. He has explained: “I thought to myself, ‘There ought to be one binding, horrible, nasty, gross, creature kind of thing that you don’t want to see, [and] it makes you scream just to see it. So I thought to myself, ‘What scares children more than anything else in the world?’ And the answer was ‘clowns.'”

9. King once had a creepy encounter with Ronald McDonald. In an interview with Conan O’Brien in 2005, King talked about the time he met Ronald. King was sitting on an Aeroplane when a Ronald McDonald in full clown gear came and sat next to him. King said:  “You think, ‘What if this plane crashes? I’m going to die next to a clown,”

10. King has called It his horror “Final Exam.” Though King is often called the master of horror, he’s previously said he doesn’t have an answer to give when people ask what drives his work. In an interview with TIME he said: “I thought to myself, ‘Why don’t you write a final exam on horror, and put in all the monsters that everyone was afraid of as a kid? And I thought, ‘How are you going to do that?’ And I said, ‘Well, I’m going to do it like a fairy tale. I’m going to make up a town where these things happen and everybody ignores them.'”