15 Things You Didn't Know About Pirates of the Caribbean

15 Things You Didn’t Know About Pirates of the Caribbean 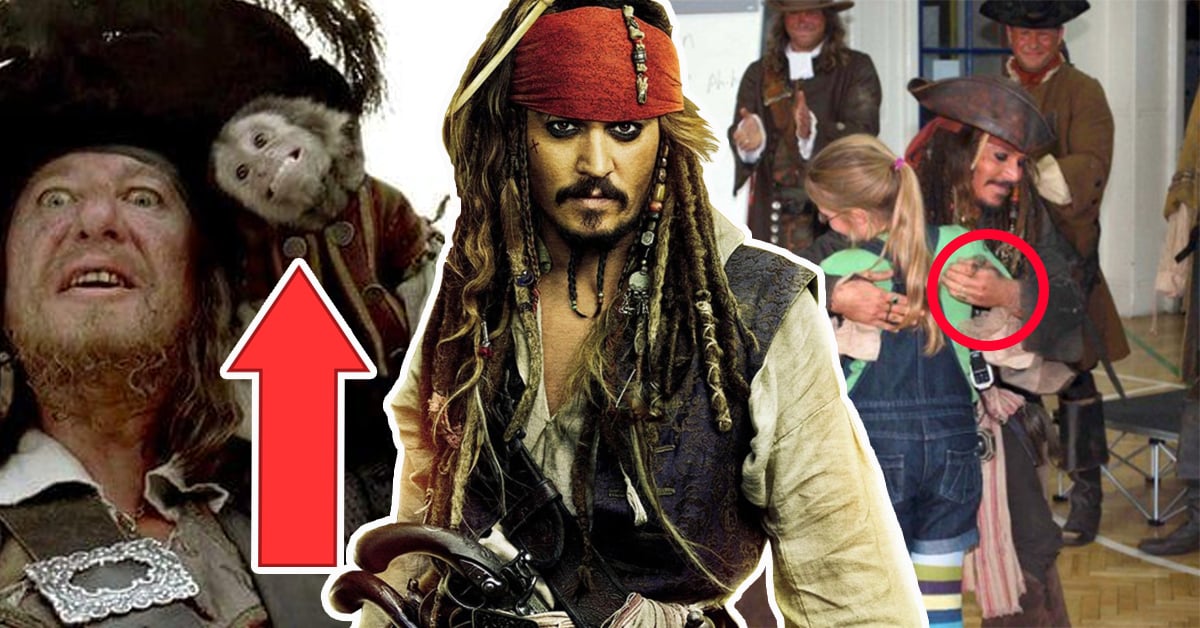 Can you believe that it was 15 years ago when the first Pirates of the Caribbean film burst onto our screens, featuring Johnny Depp as the swashbuckling pirate, Captain Jack Sparrow?

Depp was a big star already, known for his eccentric roles in films like Edward Scissorhands and Sleepy Hollow. But Pirates introduced Depp to an entirely new audience of young cinema-goers, propelling him back into the spotlight and cementing him as a fixture in many more movies to come.

On its fifteenth anniversary, we take a look back on the franchise, and look at 15 things you didn’t know about the Pirate franchise.

Captain Jack Sparrow is portrayed as having gold teeth in the film. All good Pirates need some gold teeth. They were actually Depp’s idea. He predicted that executives would want fewer gold teeth than he envisioned. As such, he went to his dentist and asked them to implant extra gold teeth as a bargaining tool

The execs liked what they saw and Sparrow’s final number of gold teeth is what Depp envisioned from the start.

2. The Monkey Smiled By Chance Jack (not the Pirate, the monkey) can be seen ‘smiling’ when Barbossa thanks him after he returns the Aztec coin. The monkey did this purely by chance, and it was not planned out in any way. It was so perfect, and they left it in the film.

3. Keira Knightly Thought She Was Going To Be Fired Keira Knightly felt extremely unqualified for the role of Elizabeth Swan. She was so sure she was going to get fired that in the first few days of filming, she brought as little with her as possible.

4. Keira Was A Minor When They Started Shooting Because Keira Knightley was only 17 when they started filming, she had to be accompanied to all of the shooting locations by her mother.

5. Geoffrey Rush Thought He Was Going To Be Overshadowed During filming, Depp would wear special contact lenses that acted almost like sunglasses. This was so that he didn’t squint when he was facing the sun.

7. Robert De Niro Was Offered The Role of Captain Jack

De Niro was originally offered the role of Captain Jack Sparrow. He turned it down because he thought that the film would do poorly in the box offices.

8. Depp Spent His Own Money On The Film During the filming of On Stranger Tides, Johnny Depp spent over $60,000 of his own money buying waterproof jackets for 500 crew members to protect  them from the cold, wet weather.

9. Depp Had Some Strange Ideas About Jack Depp originally wanted Jack Sparrow to have no nose and be afraid of silly things like pepper and the common old. Disney rejected the idea.

10. On Stranger Tides Was Very Expensive To Make At the time, On Stranger Tides was the most expensive film ever made, not adjusted for inflation. The budget ran to $300,000,000. That’s more than the budget of all three Lord of the Rings films combined. The screenwriters who wrote Pirates of the Caribbean were the same writers who wrote Aladdin. Not a single production company picked it up until 2001, when Disney wanted to make a film based on their Disneyland ride of the same name, which opened in 1967.

12. There’s a Mickey Mouse Reference In The Film

In Curse of the Black Pearl, when the Black Pearl is sieging the town, the blast cannon shot turns into a Mickey Mouse shaped cloud in a homage to Disney. When On Stranger Tides was filming in London, a Jack Sparrow impersonator just walked onto the set. The guards didn’t ask for any ID because he looked so much like the character.

14. Johnny Depp Turned Up To A School Unannounced Whilst filming in London, a local 9-year-old girl wrote to Depp, telling him that her and her classmates needed help to ‘mutiny’ against her teachers. He turned up with almost no warning at the school in full outfit, but advised against mutiny.

15. The Names Of The Main Cast Are Related To Birds The names of the three main characters are all related to birds: Jack Sparrow, Elizabeth Swann, and William Turner, who was a famous ornithologist.