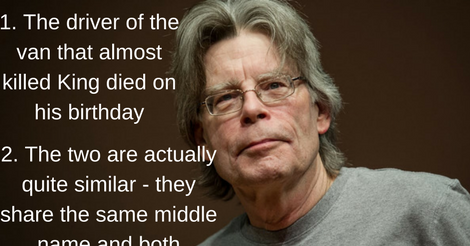 Back in 1999, Stephen King was was out walking near his home when a distracted driver named Bryan Smith hit him in a fatal car accident. The force left King in a ditch, suffering from serious injuries – but luckily still alive.

Of course, many questions and rumours have arisen about this crazy accident, so we’re here to give you the answers, and some strange details about what really happened. 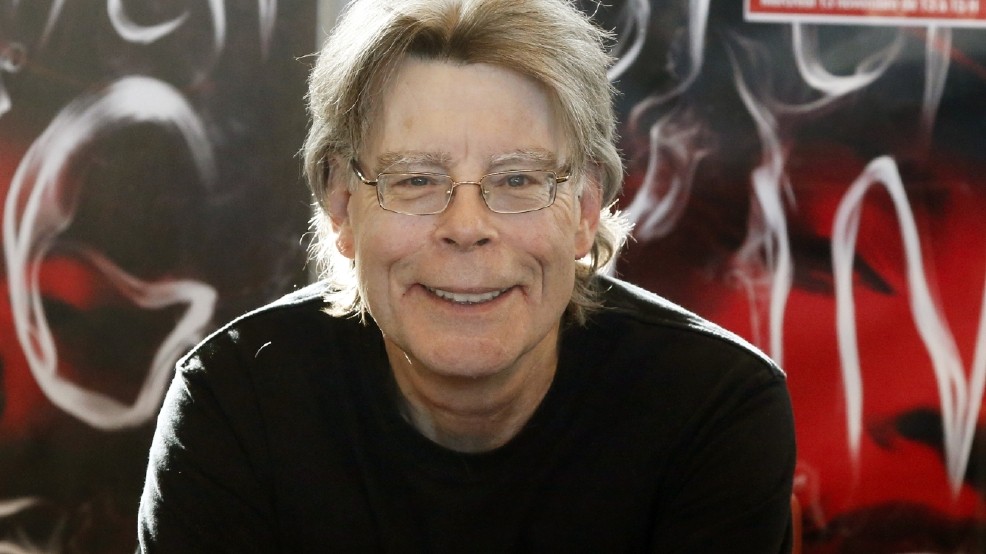 1. King bought the van that almost killed him

He purchased the 1985 Dodge Caravan off of Smith for only $1,500, reportedly so that fans wouldn’t try to get their hands on the souvenir.

Bryan Smith was found on September 21, 2000 (King’s 53rd  birthday) dead in his trailer, due to an overdose of painkillers. King commented: “Our lives came together in a strange way. I’m grateful I didn’t die. I’m sorry he’s gone.” 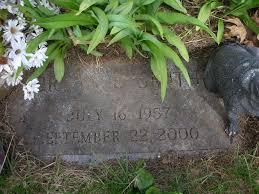 Between 1989 and 1998, he was convicted 11 times for driving under the influence of alcohol and speeding. His driver’s license was suspended and restored three times in 1998 alone.

King claimed “There isn’t really anything that he’s got that I want except his license. Unfortunately that’s a paper that’s very hard to get away from anybody in any state.”

4. Bryan was distracted by one of his dogs

One of his Rottweilers, Bullet, was trying to get into a cooler full of beer, so while Smith was trying to stop him, he swerved off the road into the exact spot Stephen King happened to be walking. 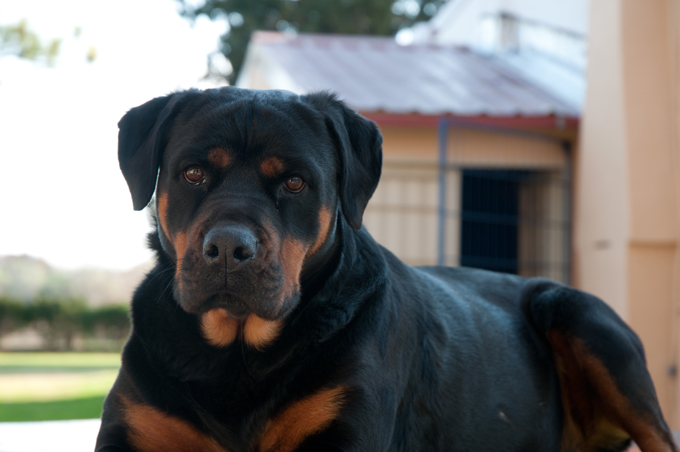 5. The police work was questionable

6. He still wears the glasses lenses from the accident

In his book On Writing: A Memoir of the Craft, King said: “The frames were bent and twisted, but the lenses were unbroken. They are the lenses I’m wearing now, as I write this.”

Although he of course replaced the damaged frames, he decided to keep the lenses. ”I guess that I wanted to say that things that we ordinarily would see as quite fragile aren’t necessarily that fragile. It’s true of the glasses, and it’s true of me. I got bent, I got busted around a lot, but I’m still here.” 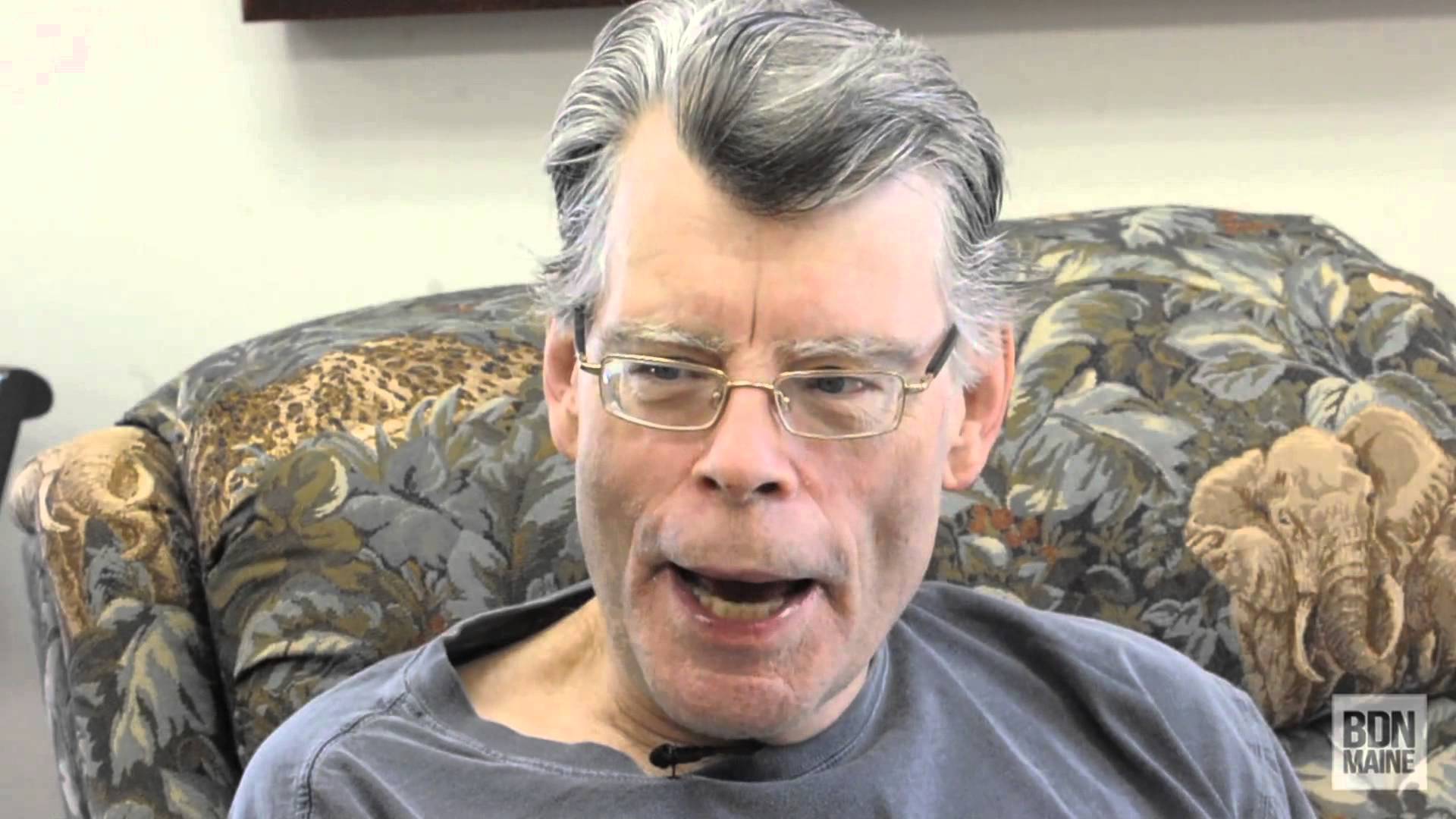 7. He used his story as inspiration for one of his novels

In the final novel of The Dark Tower series, he created a character named Bryan Smith (apparently based off of the real man) but the character was more reckless and dumb. In the novel, Smith is driving while high and gets distracted by his dog.

Conversations in the book are based on the real exchange that took place between King and Smith while they waited for medical help.

8. His accident also features in a mini-series

In Kingdom Hospital, a main character gets hit by a van because the driver was distracted by a dog.

The hospital is located in Lewiston, the same hospital Stephen King was airlifted to after his accident. The van driver is seen later in the series swallowing unmarked pills out of a bottle, which could have been a reference to Bryan Smith’s death. 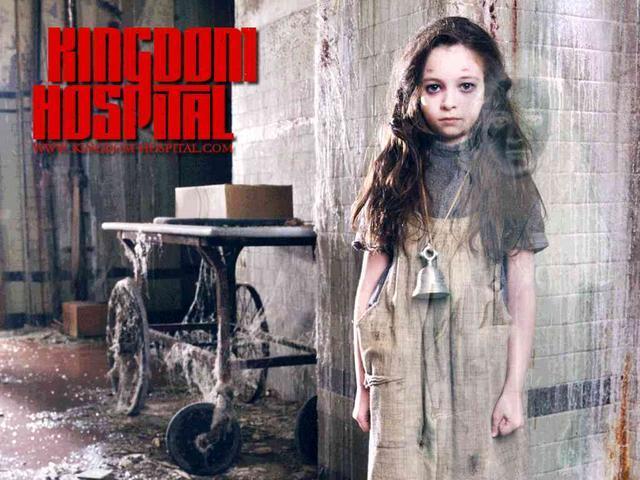 9. The public seemed to take sides on the incident

Some of the people who lived in Bangor, Maine, sided with King, since they were aware of Bryan Smith’s driving record.

Others believed King used his celebrity status to his advantage – news director Charles Horne commented, “What a lot of people were saying was Bryan Smith made the mistake of hitting a celebrity.”

King suffered a wide gash on his forehead, broken ribs, broken bones in his right hip and leg, and a punctured lung.

He spent three weeks at the Central Maine Medical Center in Lewiston, undergoing five operations. King had to wear a metal device on his leg for some time. 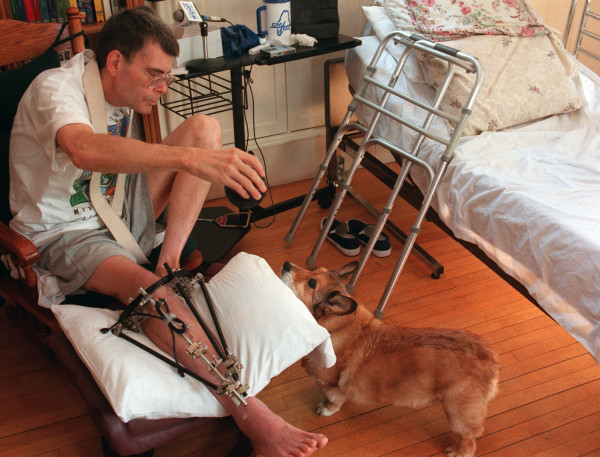 11. The accident inspired King to start a new charity

After the accident, King gave $240,000 in charity funds to the rescue service and medical centers that helped him.

King also created the Haven Foundation to help other writers, artists, and freelancers unable to work due to injury or illness.

13. King and Smith have the same middle name

This little fact let King humanize Smith more after he passed away, finding little similarities between them. 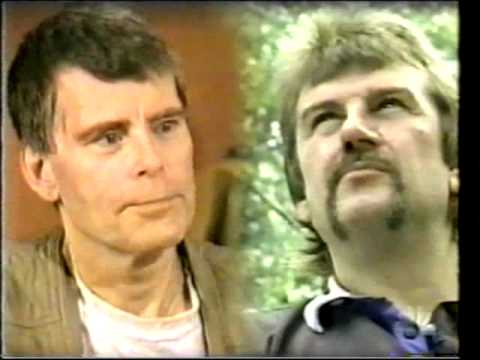 14. They have other similarities, too

Both men have three children, and lived off of constant painkillers for his pains. King was addicted to cocaine and alcohol for a good portion of his life – both men relying on drugs to get them through the day.