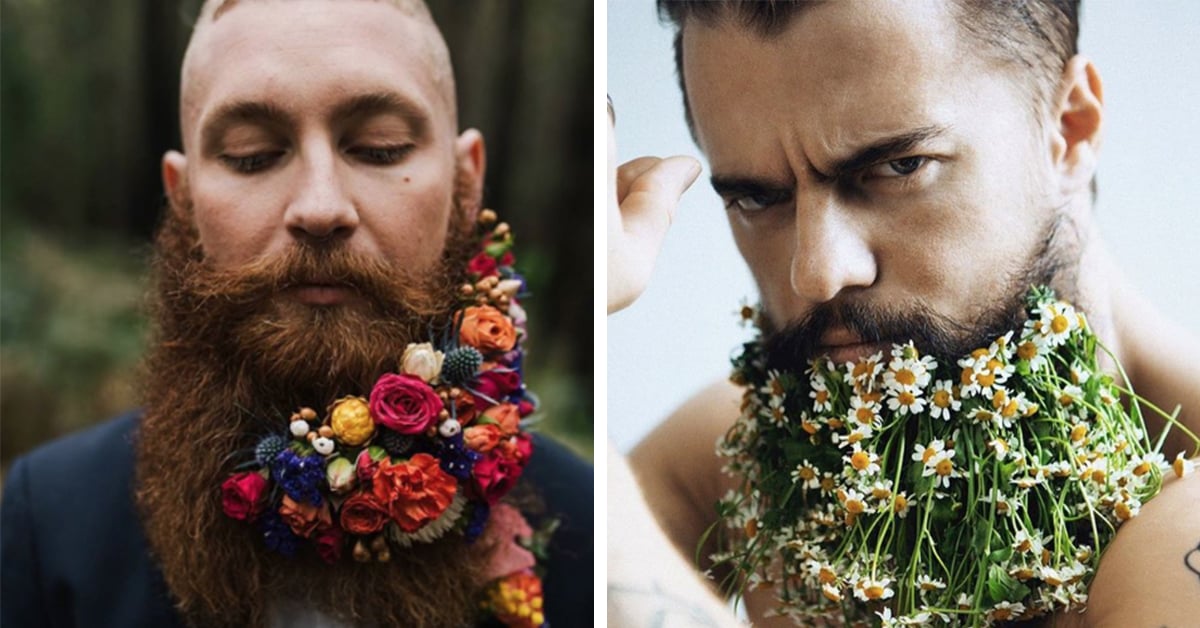 In the first half of the last century, Aldous Huxley and George Orwell delivered two dystopian fiction novels of mindblowing foresight. Between them, this pair of English boffins imagined a near-future world that decades later is all too familiar to us today: an increasingly homogenised, authoritarian and medicated society where privacy is rapidly becoming obsolete. Neither Huxley nor Orwell, however, ever predicted flower beards. At no point in either Brave New World or Nineteen Eighty-Four, two books frequently cited as among the most prescient ever written, did anybody bury flowers in their facial hair for the purpose of merely showing people that they could. But here we are, in 2018, as the walls of Jericho crash around us, inserting little flowers into our beards. As this incredible new trend pointlessly sweeps the globe, we take a look at 15 of the best #flowerbeards.

15. For sunbathers, a flower beard offers vital protection from the Sun for the neck and chin 13. Has there ever been a trend simultaneously so macho and so graceful? 11. Hats are a great accompaniment for the discerning flower beard-wearer 10. Flower beard-wearers can be serious about their craft 9. It’s hard to tell whether some of these are ironic or not 8. Though this guy is definitely 100% serious about flower beards 7. It’s a trend so accessible, even Dad can get into it 6. This guy looks like a young Owen Wilson, only with flowers in his beard 5. Imagine how much time it took to pick all those and then delicately arrange them in his own face, and it’s hard not to be impressed 4. Arrange it just right, and your flower beard can double as a margarita kit 3. Is this just Shia LaBeouf doing another ‘art’ project? 1. You know what she’s thinking: No way is she going to be able to explain this wedding photo to their kids in 20 years