1. The Disappearance Of Harley Keiner 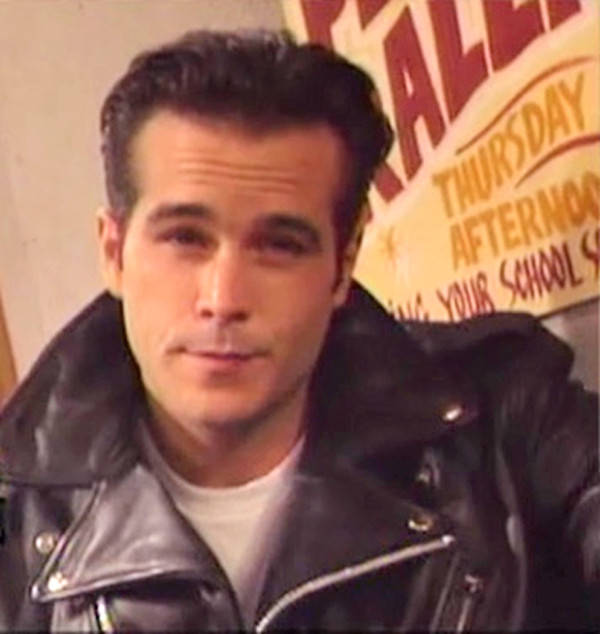 Keiner, the leather-jacket bully was an important character in the show. So it was fairly obvious to notice when in one episode of season 2, the usual actor (Danny McNulty) disappeared, replaced with a new Harley! Bin the next season, the original Harley was back – so what happened?

According to McNulty, he had a bipolar breakdown while shooting the previous episode, so the scriptwriters sent his character to reformatory school. Once McNulty had recovered, Harley returned for one last appearance, explaining that his character had broken out. 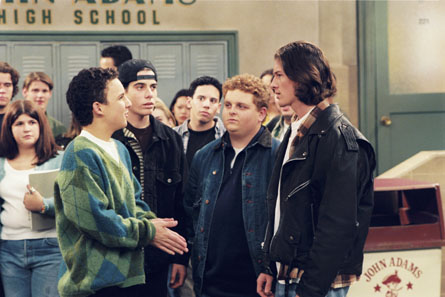 Cory going into High School was a big step within the series – his surroundings are all new, the school is a lot bigger… Or is it?

Nope! The two schools were exactly the same – the camera crew simply pointed their cameras in a different direction. 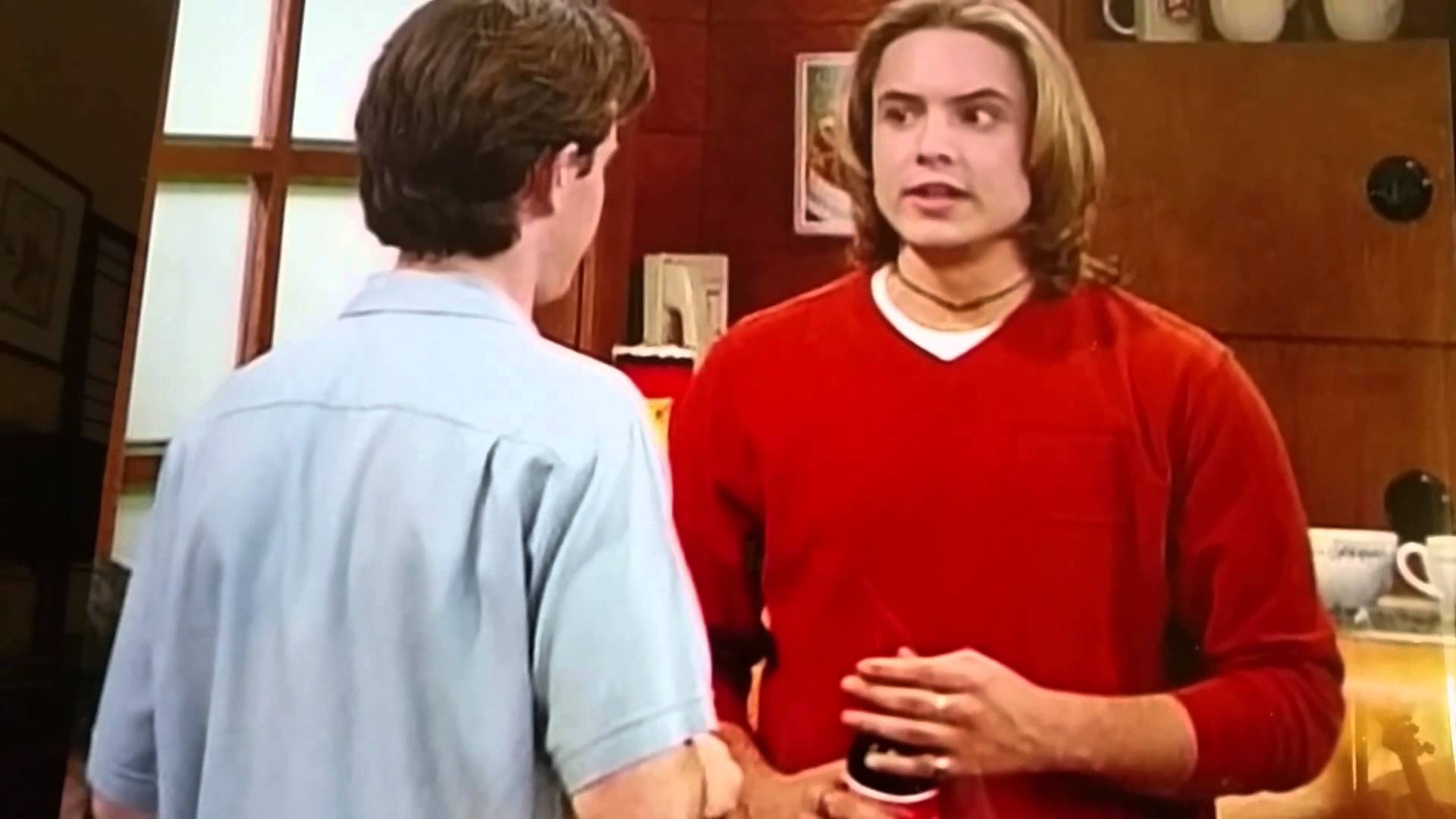 Ever wonder why we rarely saw Eric (Will Friedle) and Shawn (Rider Strong) in a scene together?

The answer is actually pretty simple – the pair were best friends, and remain besties to this day. So that explains why whenever they tried to act serious in a scene together, you can only imagine the silliness they’d get up to. Friedle said, “They never let Rider and I do scenes together because we would look at each other and start laughing, so I think over seven years, we had, like, five scenes together.” 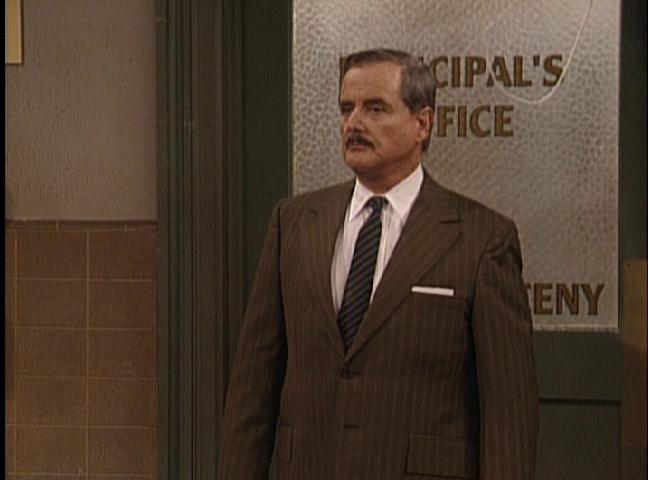 The show had a rather tight budget, and many of the set was re-used whenever the producers could get away with it. Mr Feeny’s office moved all the time – at least, the function of the room beside the payphone changed all the time. In some episodes, the room beside the phone was Feeny’s office. In others, that room was the boys’ washroom. It was also the girls’ washroom. It was also the guidance counselor’s office. It was even a classroom at one point. 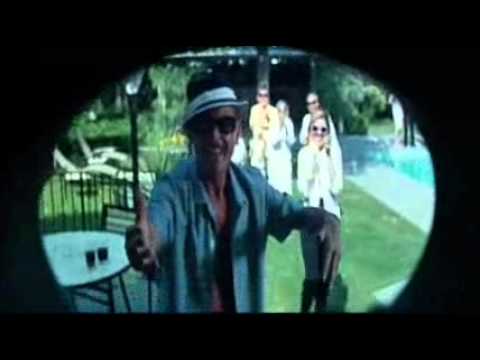 In the episode “Kid Gloves”, Cory loses a necklace his father gave him in the pool during SCUBA lessons. And so he sneaks in at night to retrieve it, but when he emerges, the camera switches to a POV shot, and we see Feeny reaching out to him.

This is a reference to the film The Graduate where William Daniels, the actor who played Feeny, also played Dustin Hoffman‘s father in that film. In the pool scene from that movie, Hoffman emerges from the pool in SCUBA gear, and Daniels reaches out in the same way he does in BMW. The only difference is that in the movie he pulled him back in. 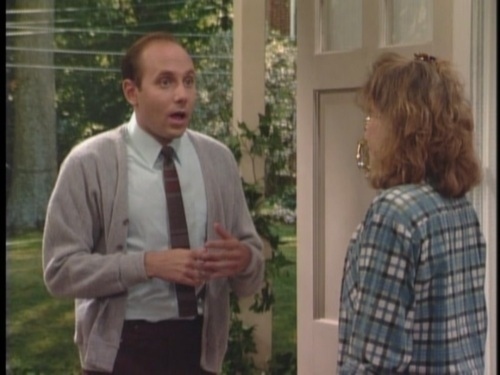 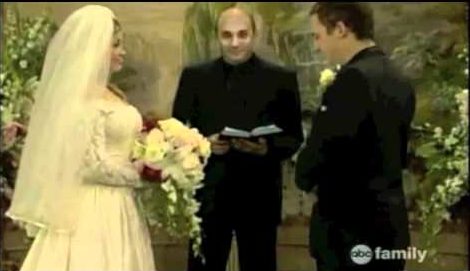 There are a few actors who played a few small roles within Boy Meets World.

Willie Garson played three characters – the first character he played was Leonard Spinelli, Cory’s father’s right-hand man at the supermarket. The second time we saw him was as Mervyn, an applicant for a sales position at Alan’s store. He returns at the end of that same episode as a customer, and finally, Garson returned as the minister who marries Topanga and Cory. No one seemed to notice that this same man had been following them around their entire lives. 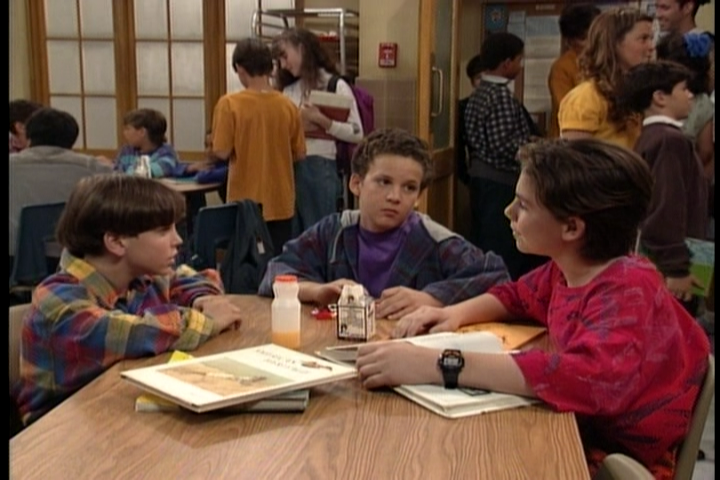 In middle school, plenty of scenes were filmed in the cafeteria – Cory would hang out with Shawn and some other random friends. But each week, one of these random kids would disappear. After noticing this trend of disappearing lunch friends, and it led them to name the cafeteria chair as “the death chair.”

When they moved to high school, it still had a rather dark undertone – the mid-90’s was a different time, and there was a sign that read “no loud talking, no reading, and no shooting.” 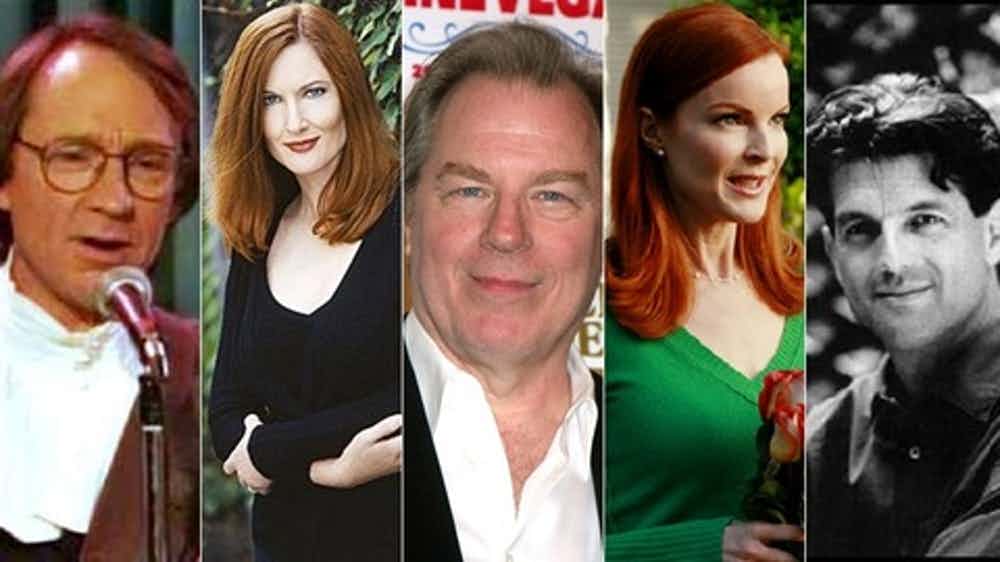 Her mother, was played by two—Annette O’Toole and Marcia Cross. Even worse than that, Topanga’s mom had three different names. At first, she was Chloe. Later, Cory called her Miriam in season 3. After that, her mom’s name changed to Rhiannon.

We thought it was done for until Girl Meets World came out, and the name changed again. This time, it was Rosey. 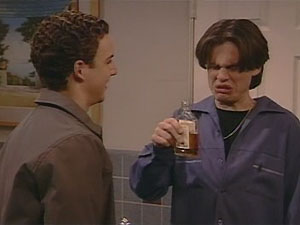 They banned three episodes because of the kids talking about things real kids talk about – things too mature for Disney Channel, at least –  “Prom-ises Prom-ises,” “If You Can’t Be With The One You Love…,” and “The Truth About Honesty.”

“Prom-ises Prom-ises” is all about what happens after prom – you know what I mean. The guys all discuss their plans for the after-party and their hopes and fears of the ‘sexy time’ that might follow.

“If You Can’t Be With The One You Love…” is all about drinking. It features Cory and Shawn getting absolutely wasted.

In “The Truth About Honesty,” the gang plays the honesty game. Shawn and Angela make out for most of the episode, and Topanga shows Cory her butt. We can understand why Disney Channel didn’t want to show it. 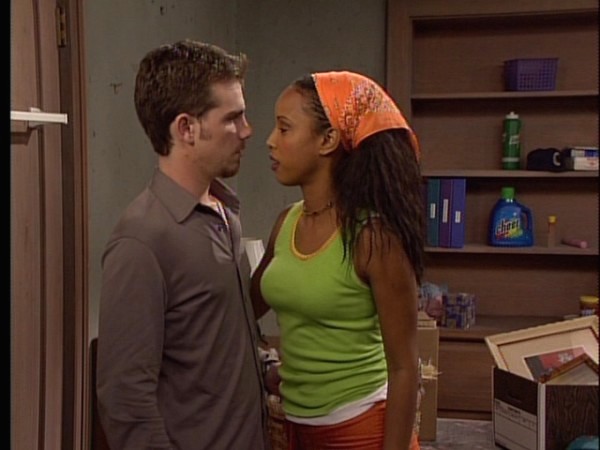 While Danny McNulty was old, but he was supposed to be old. He had failed senior year three times.

Soper played Joey “the Rat.”, but left the ecting industry because they always cast him as a teenager, and he was about five years older than the oldest kids on set. He eventually got sick of it and became a musician instead.

Trina McGee played Shawn’s girlfriend, Angela Moore. In real life, McGee was 10 years older than Rider Strong – but let’s be honest, she looked great for her age! And still does. 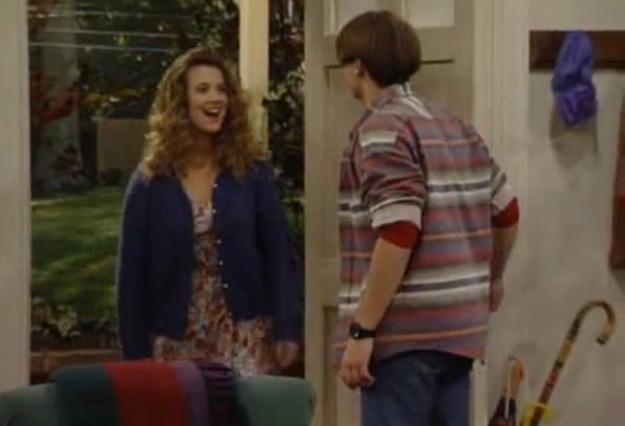 Cory’s sister, Morgan, disappeared for a while and came back as a different actress, which we all already know.

But there was also Topanga’s sister, Nebula. She appeared for one episode to flirt with Eric – in fact, the same actress, Krystee Clark, also played that ice skater who went on a date with Eric earlier in the show. Then after this one appearance, Topanga’s sister was never heard from again. They even said Topanga was an only child after that – ouch.

Shawn also had a brother – well, another brother. We meet Shawn’s main brother, Jack, in the later years, but there’s one episode early on in which Shawn has another brother, Eddie. He disappears too. 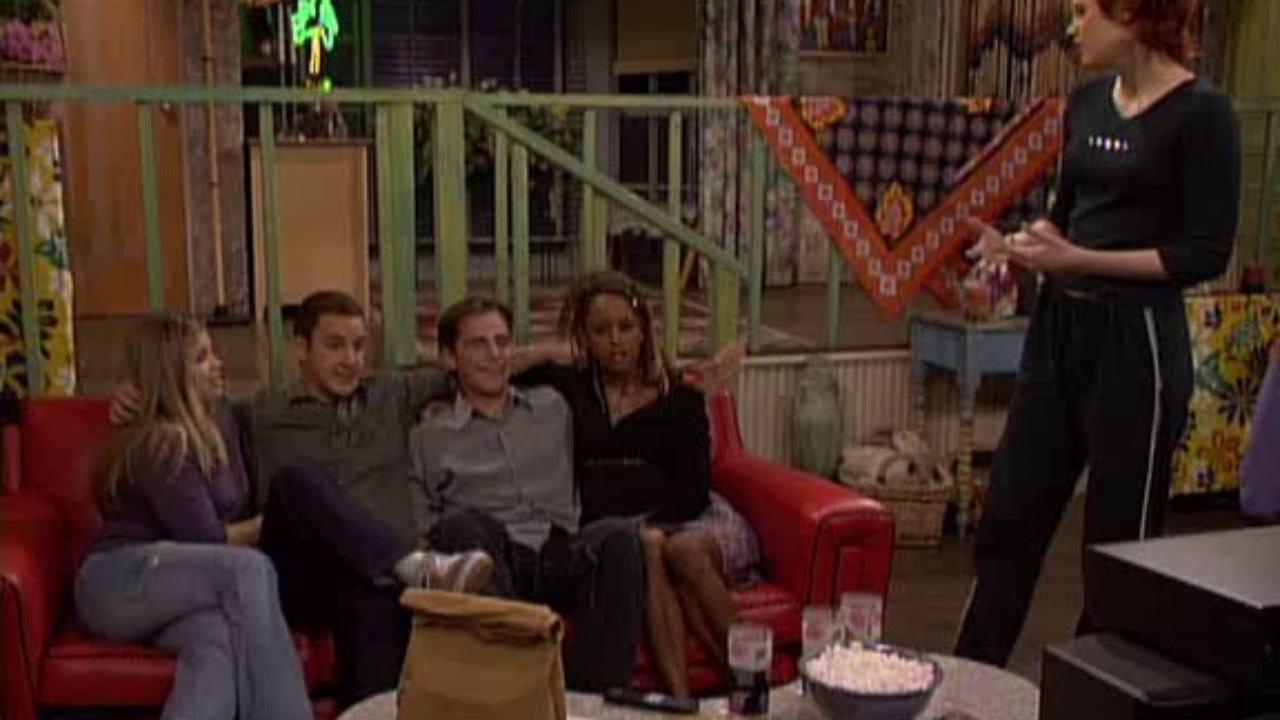 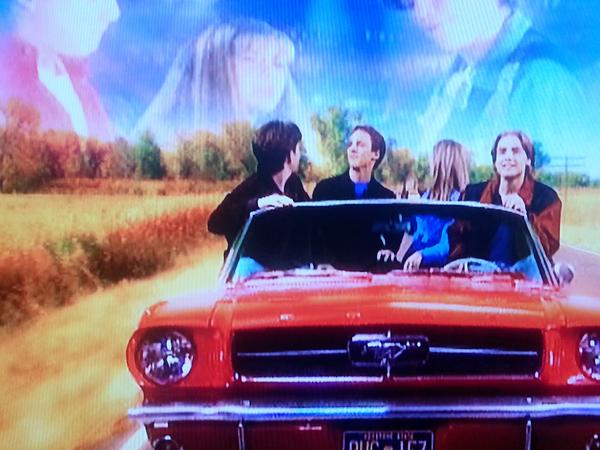 The season four intro is Eric driving the gang somewhere – however, not one single person in this vehicle is wearing a seatbelt – not really something to show the kids.

At one point, both Cory and Topanga are sitting on the top of the back seats, and Shawn in the passenger seat is sitting on the door!! That’s a pretty bad example to show on Disney Channel, don’t you think?

And that’s not even the worst part – while supposedly driving, Eric is sitting on top of the front seat. He’s not even touching the wheel!

Also, can we just point out that this isn’t Eric’s car. It belongs to Topanga’s parents. So… Why is Eric driving it? 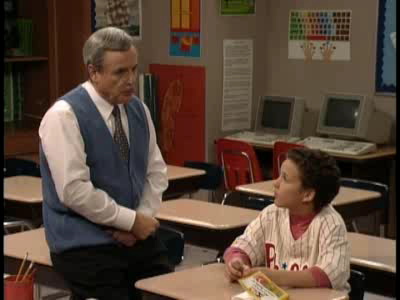 At one point, Cory says that Mr. Feeny has been teaching him since he was in the first grade. Yet in the first season, Cory was in grade six.

Cory also forgets when he first met Topanga, mixing up when they first met and when his feelings changed about her. They also unsurprisingly skipped some school years in there. 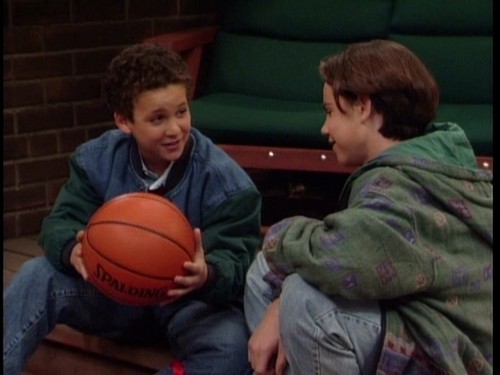 In season one, Cory Matthews had one big dream —to become a famous baseball player, preferably playing for the Philadelphia Phillies. He mentions baseball at least once in every episode early on. In the episode “Class Pre-Union.” the class gets an assignment from Feeny to pretend that they are going to their 20th high school reunion. Cory figures that he will be a famous baseball player by then, so he runs with it.

Feeny gives him an incomplete grade and which crushes Cory. We see him tear down his baseball posters and throw away all his souvenirs.

When Major League Baseball pitcher, Jim Abbott, comes to visit Cory and gives him some advice, we think it’s all going to get better – but it doesn’t.

Two episodes later, Cory ditches the father-son baseball game. Eventually, he plays in the game after he sees how it hurt his dad, but baseball is no longer a love of his. From then on out, we never hear about baseball again from Cory. Did you notice how his dreams got shattered?