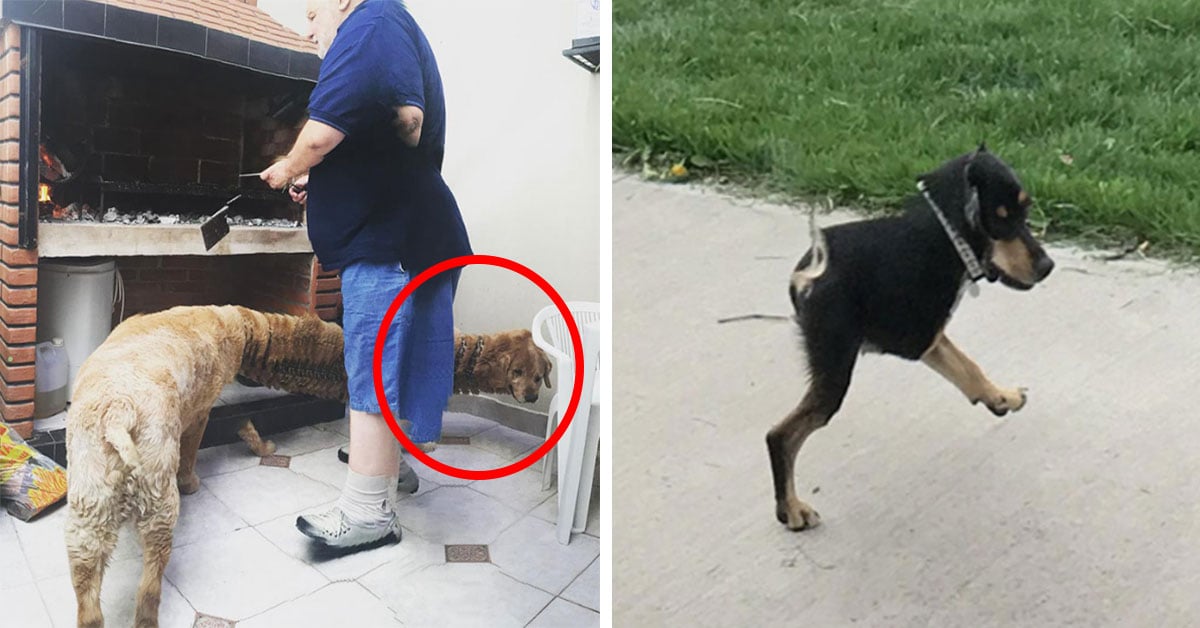 Panoramic shots – they’re amazing when you get them just right. Beautiful landscapes, fabulous rooms, hilarious group shots… with ever-improving smartphone technology making it easier and easier to take professional looking photographs yourself, it’s barely even a challenge to take that elusive “perfect shot” anymore. But like I said, that’s if you can get them just right.

If you can’t, well, the end result could turn out looking like something you wouldn’t even dream up during your WORST, most terrifying nightmares. Especially when it comes to taking pictures of your beloved, most precious pet. 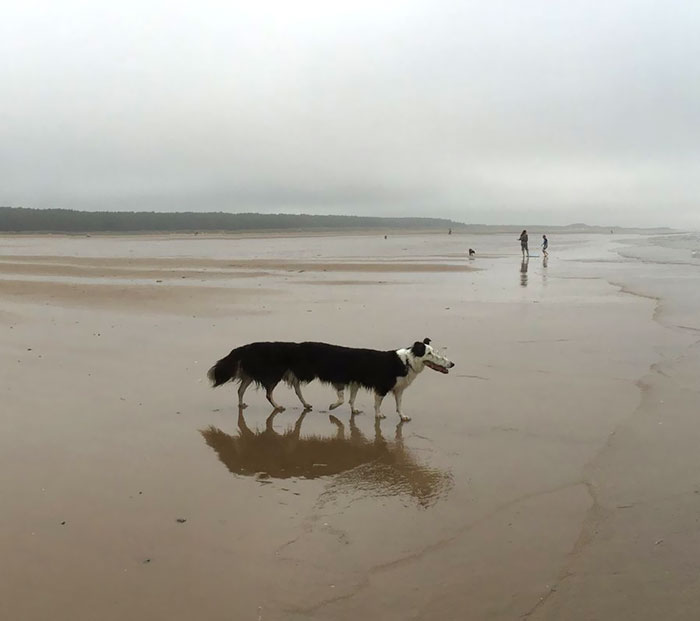 Have you ever seen the movie The Human Centipede? If so – I’m sorry, If not – I recommend that you definitely do NOT see it. Anyway, this is pretty much what it would look like if a Doggo version of that movie had been made. 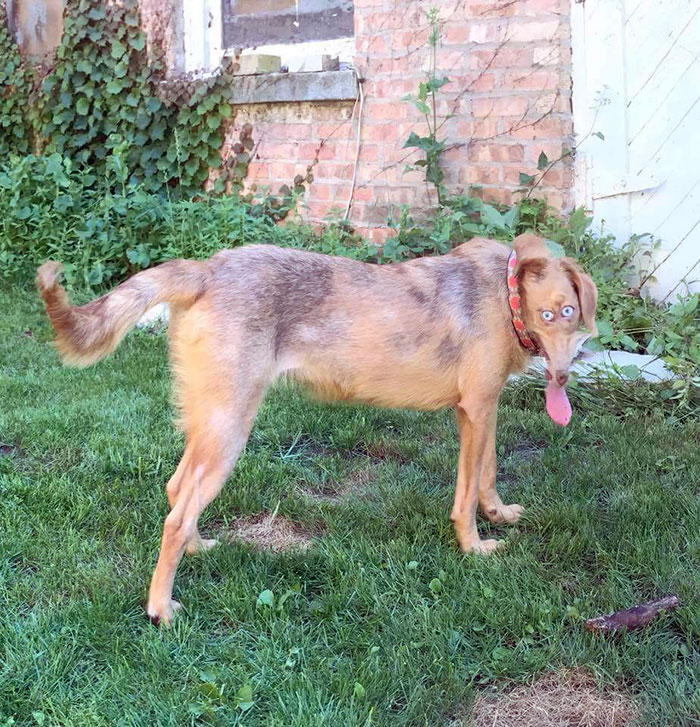 This image almost looks as though it’s a cartoon doggo come to life. Honestly, I thought that would be my dream come true, but looking at it now, like this? NOPE, keep those cartoons doggos inside the tv where they belong.

3. “Pano Of My New Backyard When My Dog Decided To Run Through It” 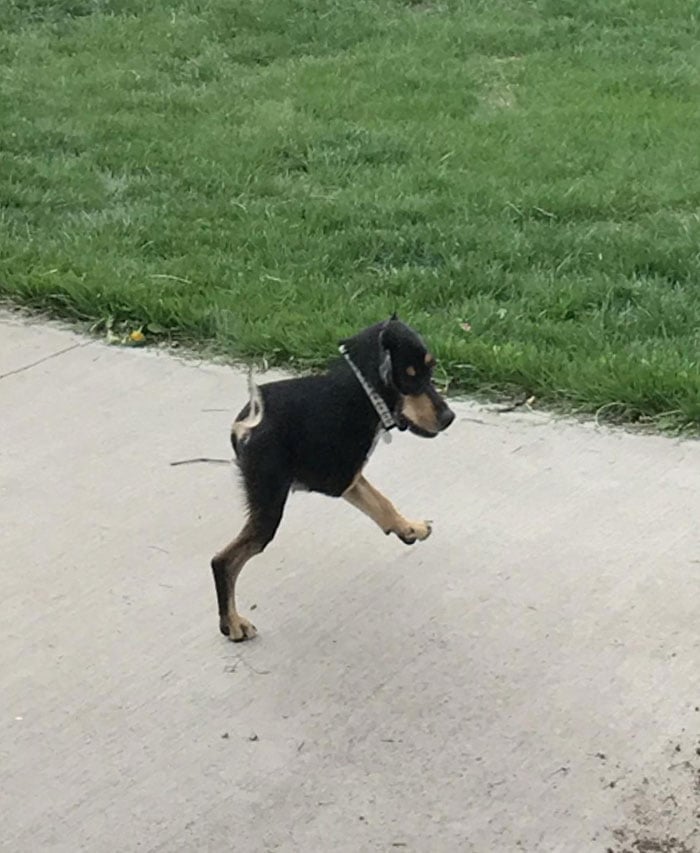 Oh dear – this poor pup looks like he’s fallen victim to one of those “saw a member of the audience in half” magic tricks and that it’s gone very, very wrong indeed. 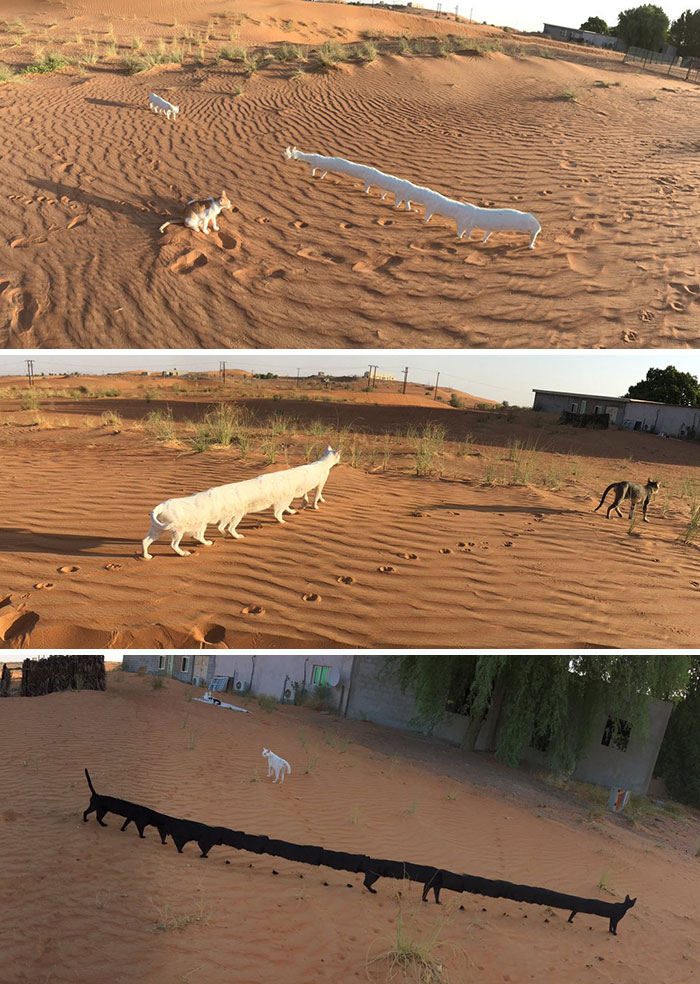 They say that animals have a way of adapting to whatever harsh environment mother nature deems fir to throw them into. And, well… it looks as though the way these kitty cats have evolved to survive in the desert is by becoming FREAKISHLY elongated. 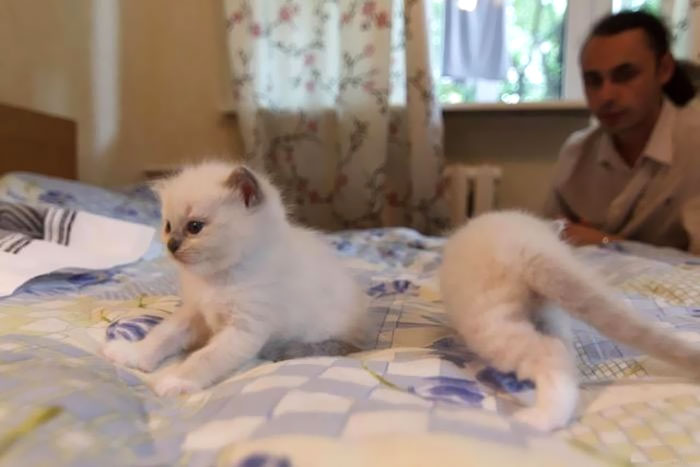 Okay, well, as disturbing as this one is… it’s also still pretty freakin’ adorable. Maybe this kitten is merely wearing part of an invisibility cloak around its tiny midriff!? 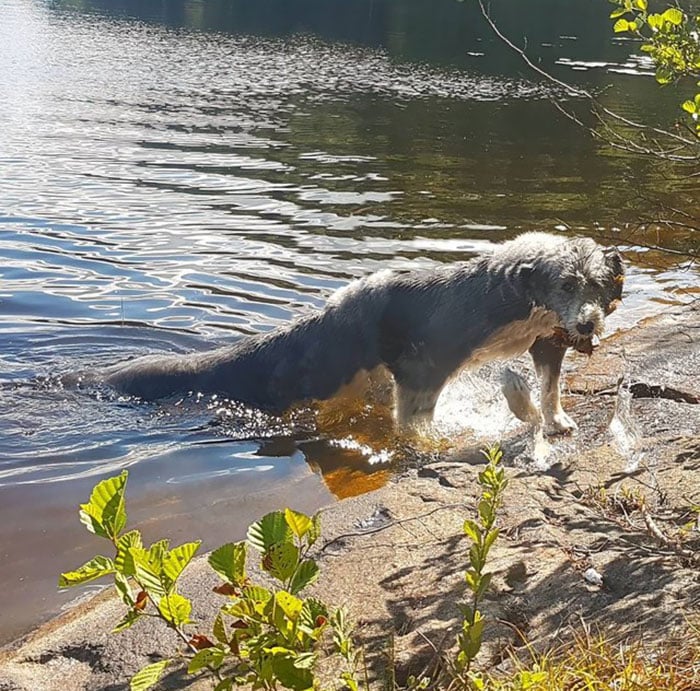 Ah yes, the legend of the Croco-Dog. The locals say that it roams around the swamps and ponds looking for sticks and treats to take back to his lair and impress all his friends with. Sightings are rare, but if you do spot him… be sure to give him a big ol’ belly rub for me! 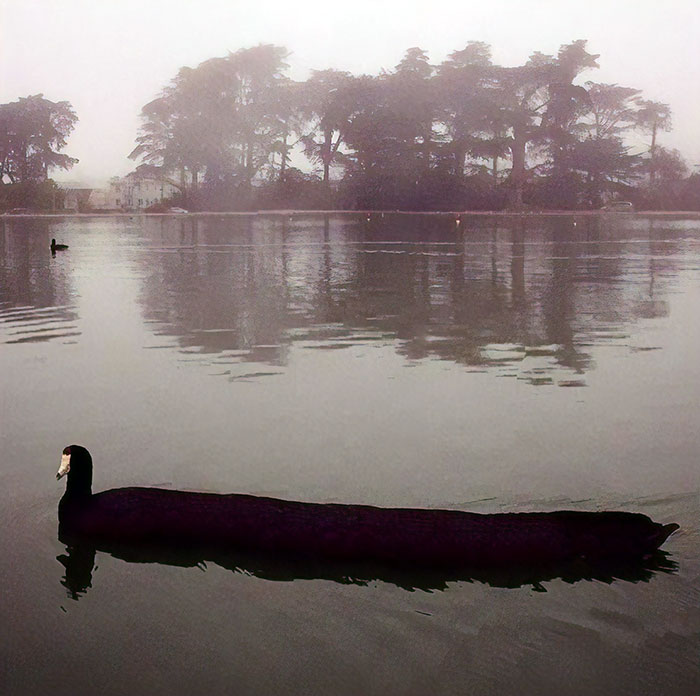 When ducks and other small pond-dwelling creatures are hitting up the local clubs, they hire this super sleek, stretch-duck for the night in order to make sure they arrive on style! 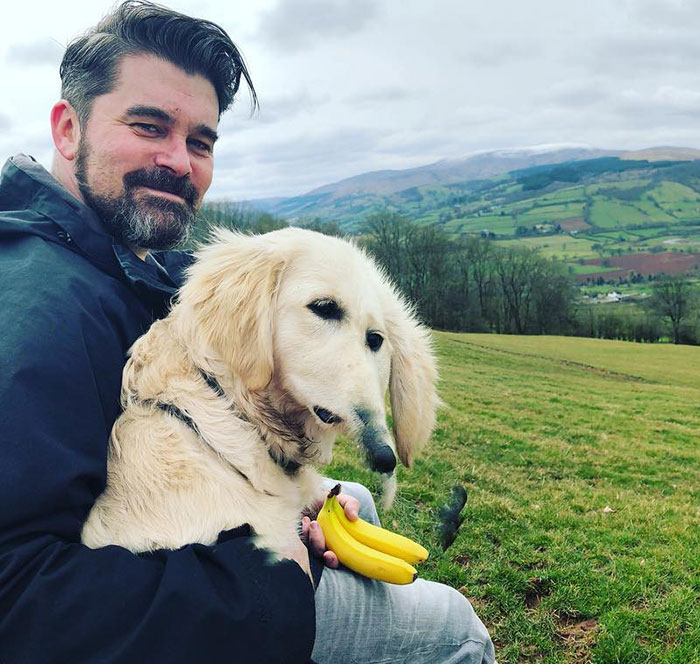 This poor doggo stuck his face too far down a rabbit hole and has now permanently squished his snout! Well, o be fair, his owner did warn him about it. 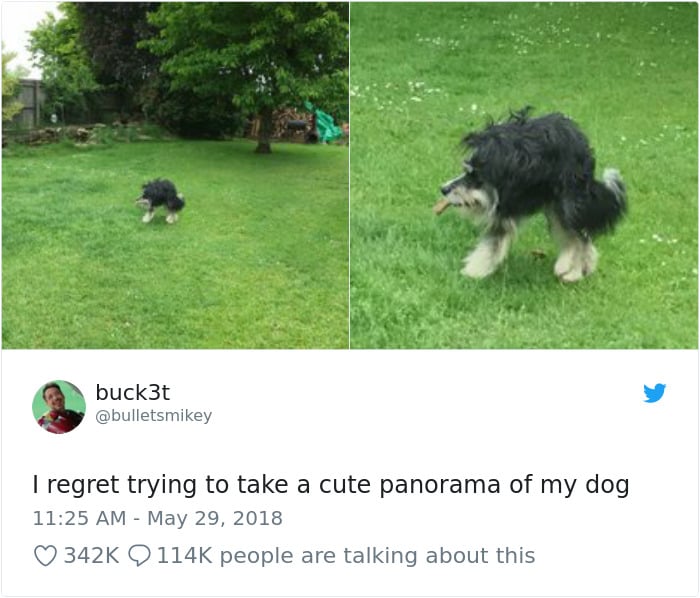 I think the lesson here is if you want to try and take a cute panoramic picture of your furry best friend, either do it while they’re asleep or glue them to the spot while you do it. Otherwise, it’s just not going to end well. 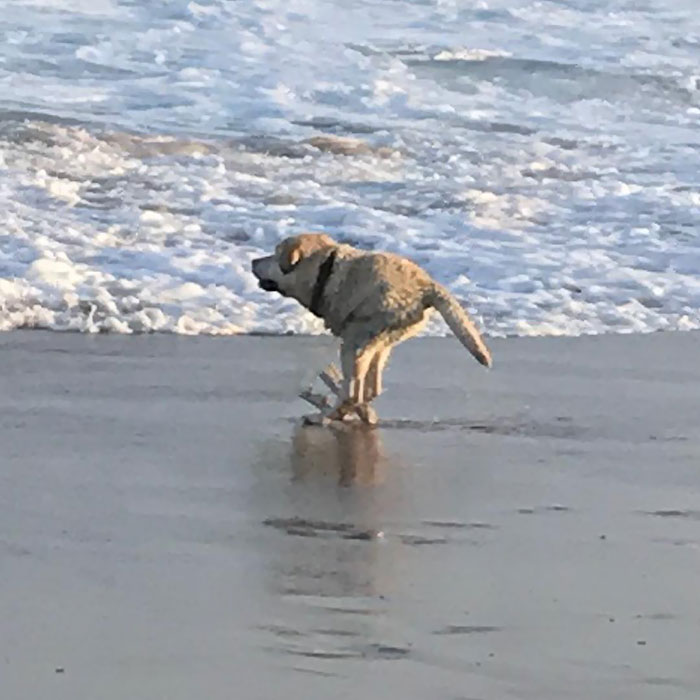 Uh-oh, looks like this poor doggos over didn’t read the label properly! If they had, they would have known that their pooch is water-soluble and should not be allowed near water at any cost. Hope they kept the receipt! 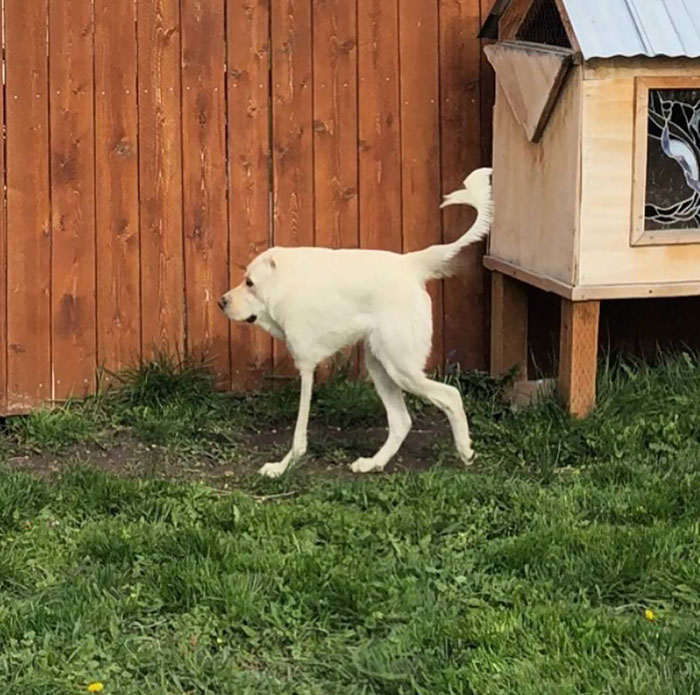 I’ve never been so afraid of something, yet so intrigued about something in my whole life. My brain can’t even properly wrap itself around how this actually happened. Would 100% still pet this good boy, though. 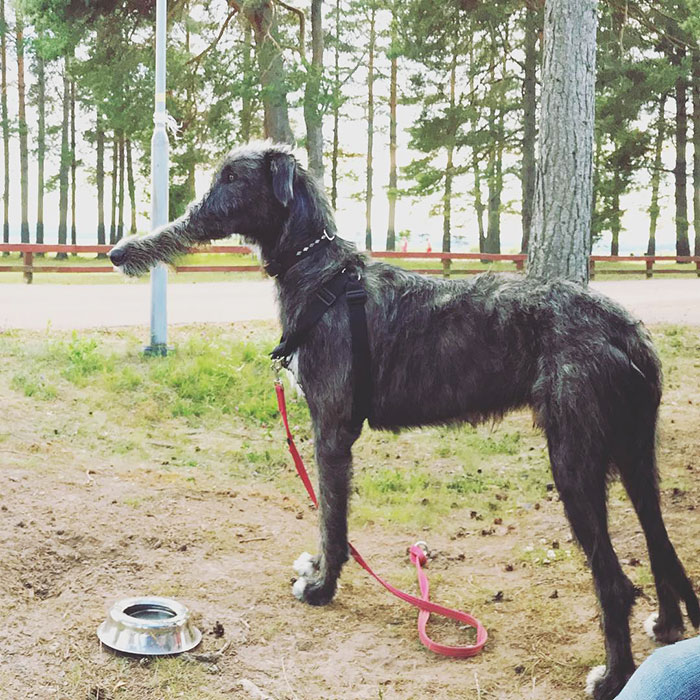 Clearly, this guy is half doggo, half anteater (on his father’s side). Never ask him “Why the long face?” though… he does NOT appreciate that joke at all. 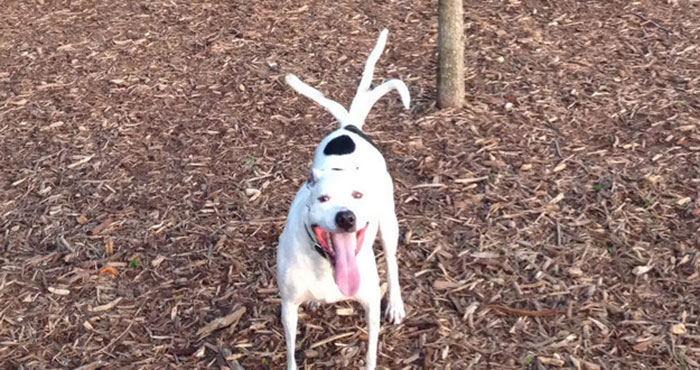 I honestly think it would be dangerous for dogs to have more than one tail. I mean, can you imagine the chaos? If they got too happy (which, let’s be honest, they ALWAYS do over pretty much NOTHING), they’d probably start flying about all over the place. 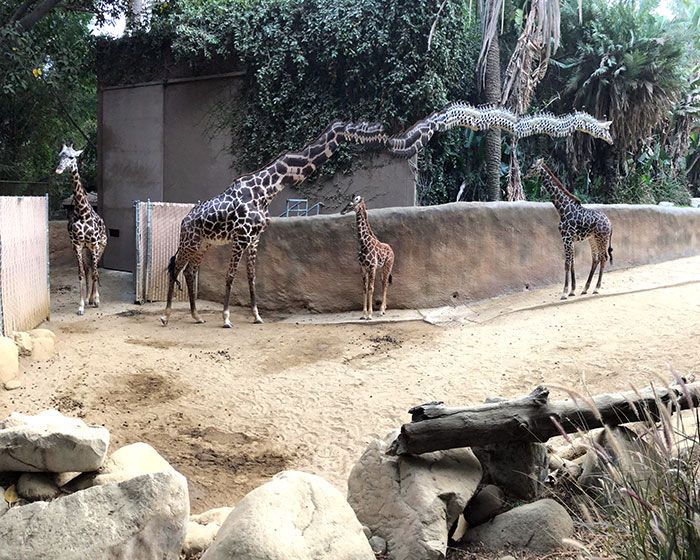 What exactly IS a ‘Snaraffe’, I hear you wondering? Well, it’s a half-snake, half-giraffe, obviously. You can find them at your local zoo, usually helping the baby giraffes reach the best leaves at the very top of the trees. 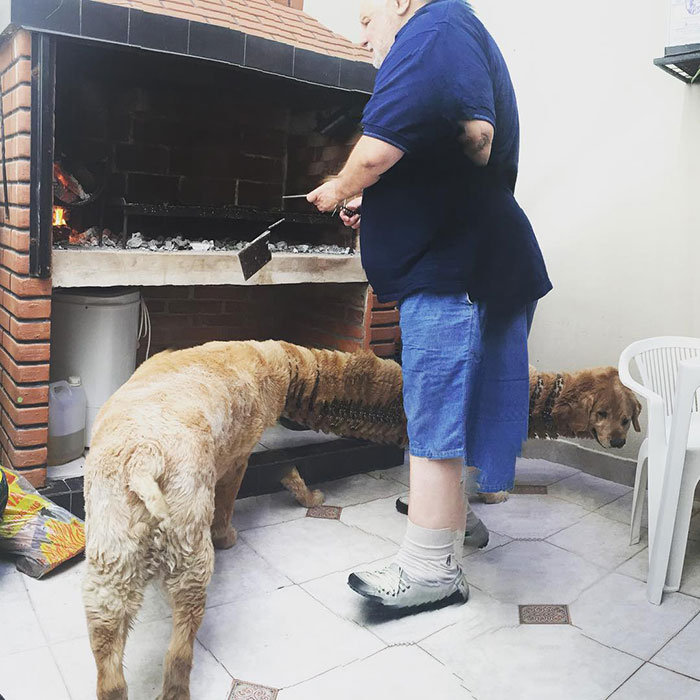 Beware of the psychedelic doggo. If you do happen to spot one of these crazy-looking, yet majestic creatures in your home, it can only mean one of two things: either your house has been blessed with good fortune for the year, or you really need to stop drinking that expired bottle of wine you found at the back of your kitchen cupboards.