15 Movie Moments That Were Actually Bloopers

15 Movie Moments That Were Actually Bloopers 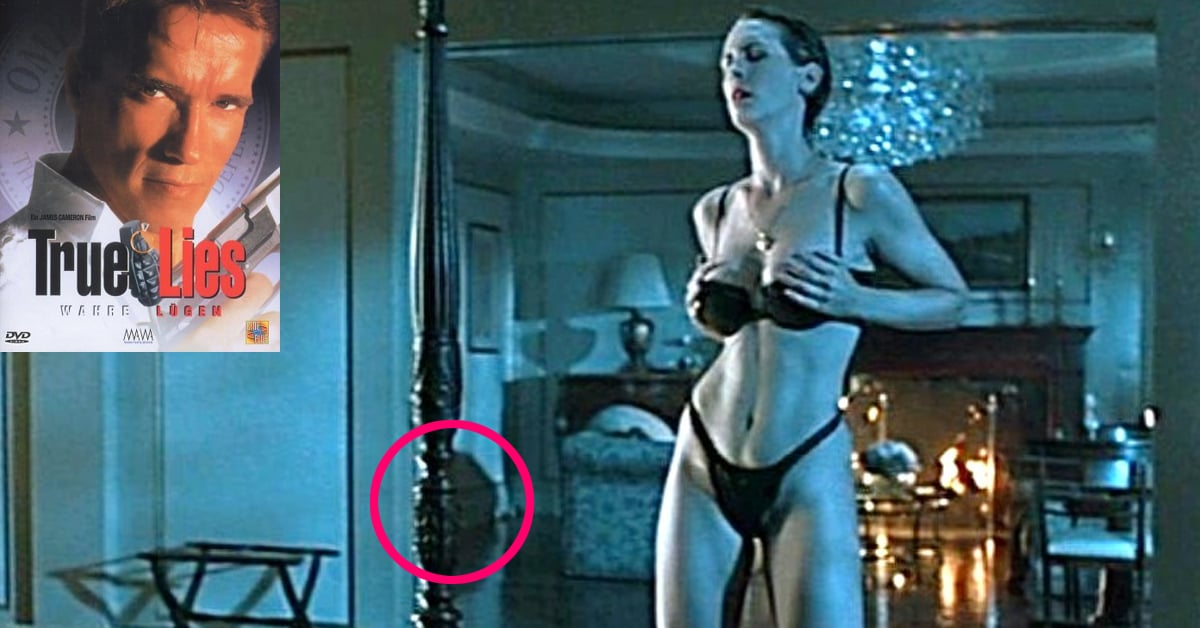 Making a whole film cannot be easy – each person has their own unique skills, in charge of all of the little things that help to make the film what it is. However, there’s something you cannot micro-manage to ensure everything goes to plan – the actors!

While they will, most of the time, execute their roles perfectly, it’s inevitable that mistakes, blunders, forgotten lines and laughing fits happen. It’s understandable, their only human, and you just have to roll with it. And if you’re a talented director, you find a way to make it work in the film – like for these following examples. And luckily for us, they make the films even better!

Gandalf’s painful encounter with the ceiling beam in Bilbo’s hobbit hole was not actually in his stage directions – however Ian McKellon being the incredible man he is, acted through the mistake so well that Peter Jackson kept it in!

The captain of the Uruk-hai scouts was supposed to pull the dagger out of his leg and throw it in the direction of Aragorn – the actual dagger flying through the air was supposed to be digitally rendered, for health and safety reasons, of course.

Instead, the actor’s vision was so compromised by the prosthetics, that instead of missing Aragorn, he flung the knife right at him. Luckily, Viggo Mortensen’s combat training kicked in and he deflected the knife away. Again, Peter Jackson liked it so much he kept in in the film.

3. The Lord of the Rings: The Two Towers

Viggo Mortensen broke two toes while kicking the steel helmet by the orc pyre, and that take is the one that actually appears in the movie. Peter Jackson said that he was really impressed with the shout of pain Aragorn cried out for the fate of the two hobbits… realizing only later that it was real pain for his toes.

(And of course he had to be impressed that be continued acting while so seriously injured).

During the striptease scene Jamie Lee Curtis actually lost her balance and fell, but quickly bounced back – Arnold Schwarzenegger moved to help, but rolled with it. James Cameron thought it reinforced the fact that she was just a regular housewife.

DiCaprio’s character Calvin Candie smashes his hand on the dinner table, he accidentally crushed a small stemmed glass with his palm and really began to bleed. DiCaprio ignored it, stayed in character, and continued with the scene.

Tarantino was so impressed, that he used this take in the final print, and when he called cut, the room erupted in a standing ovation.

The anecdote about Sean’s late wife’s farting antics was actually ad-libbed by Robin Williams. Hence why Matt Damon was laughing so hard, and if you look closely, the camera’s shaking a bit – probably because the camera man’s laughing too.

You can’t cut comedic talent like Robin Williams, that’s for sure.

David Duchovny explains to Ben Stiller and Christine Taylor the vast conspiracy to use male models as assassins. After the explanation, Stiller forgets his next line, so he just repeats his last line: “Why male models?” Duchovny rescues the scene by rolling with it. “You serious? I just told you that a moment ago.”

During the scene where Annie is trying to get Woody Allen’s Alvy to loosen up, Woody Allen actually sneezed in this scene, and it seemed to fit in so well that Alvy’s such a mess that he’d ruin a good batch of cocaine, so they kept it in the film.

In the scene where Chekov and Uhura awkwardly ask random people on the street in San Francisco how to find the “nuclear wessels” down in Alameda, nobody can or wants to help.

Except there’s one woman who was not an actor, who happened to pass by and was involved in the scene. She just answers: “Ooh, I don’t know if I know the answer to that, but I think it’s across the bay. In Alameda.”
It’s so natural that they decided to keep that scene in.

In the classic scene where Jack is about to sketch rose, he was supposed to ask her to lie on the couch, but instead, the future Oscar winner said “Over on the bed-uh, the couch.”

James Cameron loved the Freudian slip so much, as it really sold how nervous Jack was, and he kept it in.

During the line-up scene, between Baldwin’s funny line reading and Benicio Del Toro’s mumbling, the actors kept on breaking character and laughing, in every single take.

Frustrated, director Brian Singer just kept the laughing scenes in the film, and it worked out for best, as it showed the bonding between the criminals and helped the audience invest in the characters more.

12. The Guardians of the Galaxy

After the Collector asks for the Infinity Stone, Peter Quill pulls it out only to drop it before not-so-suavely picking it up and handing it over.

That was unscripted; Chris Pratt was clumsy, but improv-ed the scene to make it feel natural, which totally worked for his character.

In the scene where Daisy is playing the guitar, and John takes it from her and smashes it, it was an antique Martin guitar that was borrowed from the Martin Guitar Museum.

They were supposed to switch it out for a replica, but Kurt Russel didn’t stop the scene so they can switch them out, and instead he smashed a priceless instrument.

The shock reaction from everyone in the scene is real and Tarantino loved the reaction that the mistake caused and kept it in.

William H. Macy comes home to find his wife having sex on the driveway, he says “My fucking wife has an ass in her c*ck over in the driveway, alright? I’m sorry if my thoughts aren’t with the photography of the film we’re shooting tomorrow, Kurt, OK.”

He was supposed to say “c*ck in her ass”, but instead said “ass in her c*ck.”

Couldn’t be a list of kept in bloopers without this gem. Lucas even added in some sound effects for the re-releases.