15 People Whose Lives Were Forever Ruined Over Social Media Posts

15 People Whose Lives Were Forever Ruined Over Social Media Posts 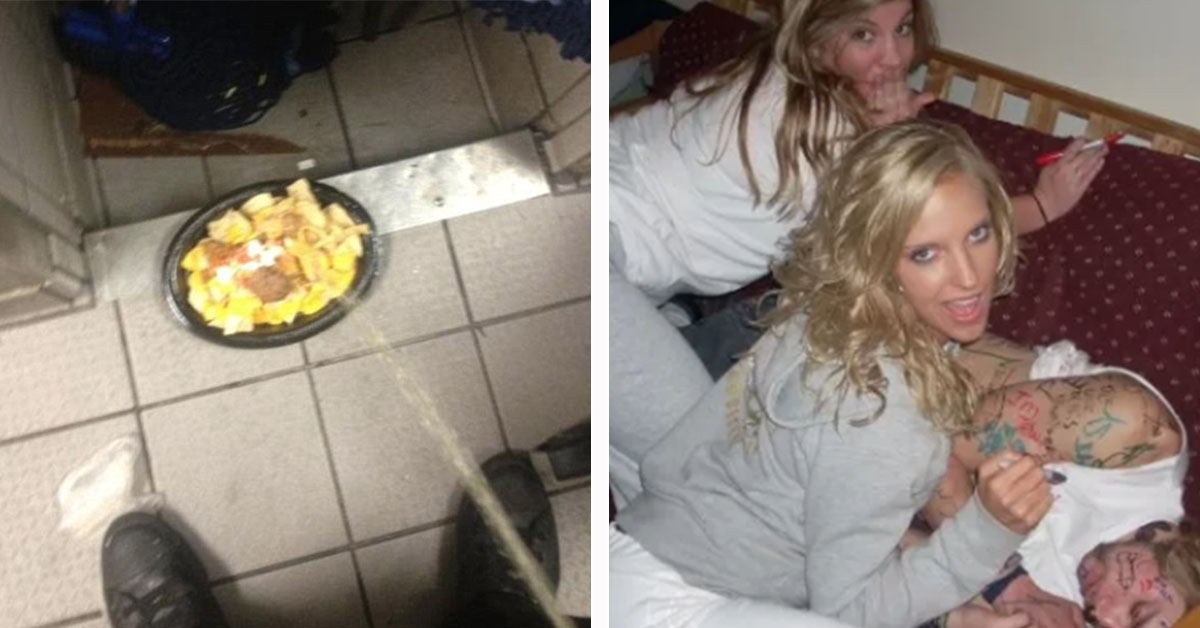 In this modern age, the power held by social media is not something to be underestimated – it is a place where everything you say can be read, judged, documented and have massive implications on your personal life within a matter of hours.

Okay yeah that sounded a bit like a doomsday prophecy, but the ramifications of posting on social media can be catastrophic, resulting in people having to change their names, move countries, and get new jobs; and a lot of these results come from when people don’t think before posting. Here are 15 times, varying from funny to just horrific, that people posted to social media without thinking… well, at all really.

This is just a textbook 21st century mistake. Mr. Bartosiewicz accidentally sent his tweet about Detroit drivers to his work twitter account, when he worked for Chrysler! I say ‘when’ ’cause as you can imagine this didn’t go down well. When Justine Sacco tweeted this horrifically racist tweet she probably didn’t realise that it would become one of the most heavily talked about social media posts ever. The tweet garnered such attention that #hasjustinelandedyet was trending on Twitter. Justine was fired from her position as communications director of New York-based internet empire ‘InterActive Corp’ almost immediately upon landing and became something of a reference point for the topic of ‘Online Shaming’.

3.) Urinating At Work, On The Food Cameron Jankowski, a Taco Bell employee tweeted this photo of him urinating on a tray on nachos and was quickly hunted down by online group Anonymous who released his personal information. Jankowski was fired from his job at Taco Bell and received a maelstrom of personal attacks online… I mean this is just disgusting to be fair, who would think this is a good idea to do, let alone post?

4.) Not Quite Appropriate For School The Florida Security Guard who goes simply by Doug was fired after video-documenting his farts while at work for a period of over six months. Needless to say that his internet fame eventually found its way to his employers, who weren’t as fond of his flatulence on shift as the rest of the internet!

6.) Fired For Being On Holiday… Unlike the last teacher to make this list, I don’t understand this one at all. After Ashley Payne, posted solely this photo of her on her Facebook page (of her on holiday it should be specified) some ludicrous parents complained and Payne was forced to resign by the headteacher at the school where she worked. This is a perfect example of when the internet mob can be just the worst!

When Gottfried made this joke about the Japanese Earthquake which took over 15,000 lives back in 2011, the resulting backlash cost him voice acting work. Damien Goddard was fired from his job as a sportscaster after he tweeted his political views opposing gay marriage, ‘I completely and whole-heartedly support Todd Reynolds and his support for the traditional and TRUE meaning of marriage.’ He still stands by his homophobic views so I can’t say he’ll be missed from broadcasting. When Rochelle Robinson took to Instagram to vent her annoyance at people ignoring her at her job at the zoo, she ended up having to change her name on Facebook and leave her job. Robinson claims that she left of her own accord, but the zoo where she worked stated: “We have zero tolerance for these kinds of divisive behaviours. We treat all employment matters confidentially but please know that we took prompt action to remedy the situation this morning.” So who knows… probably got fired though realistically. I think we’ve all been in a position where we were in a job we hated, but when twitter user @Cella_ tweeted this before she started her new job, she probably didn’t expect this hilariously blunt response from the pizzeria’s owner the next morning…

I was curious what her twitter page now said as the account is still active, and, fair enough, it appears that still to this day she’s sticking by her guns… What’s unbelievable about this is that Kaitlyn Walls hadn’t even started her new job as a childcare worker when she posted this on Facebook:

“I start my new job today but I absolutely hate working at daycares […] Lol it’s all good I just really hate being around a lot of kids.”

Walls’ new boss found out about this just hours before she was due to start, due to the torrential amount of traction the post caused, and fired her over the phone. Walls also received a horrendous amount of abuse online and had to issue an apology. A daycare worker in Arizona was fired after images of her flipping the bird to kids in her care managed to find their way to the parents of the kids she was flipping off. As you may be able to imagine, they were a trifle peeved by this and the woman was fired immediately, with what I can only imagine was a cavalcade of hand gestures on behalf of the parents. I find it annoying enough when people I know spoil something for me, let alone the people in it! As you can imagine she was fired, leaving everyone simply wondering… why on Earth would you do that? Caitlyn Davis was fired as a cheerleader for the New England Patriots after this photo amongst others were released. Caitlyn claimed that she didn’t do the actual writing which contains such phrases as ‘I’m Jew’, and claims that she only posed for the photo. However, she was fired as a result of the scandal that ensued.

15.) When One Halloween Costume Went Too Far Alicia Ann Lynch tweeted a photo of herself dressed up as a Boston Marathon victim for Hallowe’en, and the backlash that ensued was one of the most vehement and personal attacks in the history of the internet. Lynch had to delete all of her social media accounts and eventually reopened her twitter in an attempt to be forgiven and end the stream of death threats that her and her family received. As horrible as this costume is, the years of death threats towards not only her but her family are surely too much and is a stern warning of the power that the internet holds over people’s lives?

Those were 15 people who were fired, or worse, as a result of social media posts. While some are quite funny, they are all strong adverts for making sure you think about what you post before you post it – otherwise you could be living with the repercussions for years after! AAx