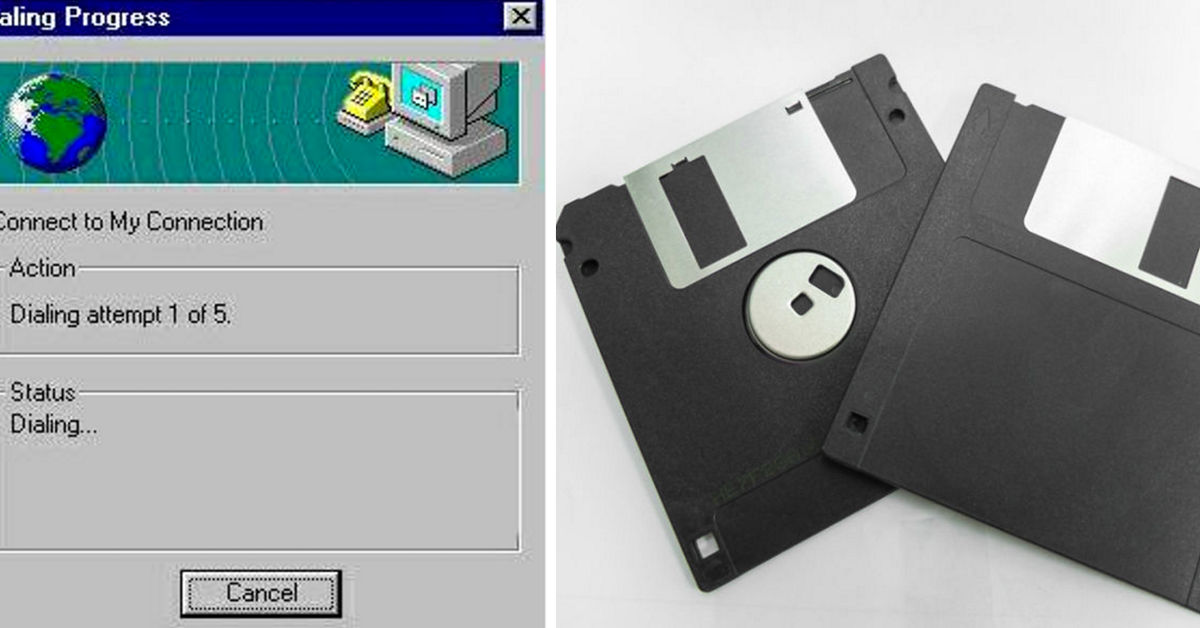 Kids nowadays should count themselves lucky that they never have to deal with any of the following:

1. When the only way to get a new ringtone was to record it Not to mention when someone walked in and you had to start over.

2. Always running out of credit JUST as you reached a vital point in your conversation You’d hurry to the shop to get a top up card – if your parents would let you, that is. Otherwise, you’d just have to suffer the next few days with a phone that was essentially useless. And even then, it was ridiculously confusing for us – we all came from MySpace and Bebo.

4. Renting a game from Blockbuster and then having to keep renting it out so you could finish it But then again, kids won’t ever get the incredible experience of going to Blockbuster either.

5. Looking at someone’s top 8 people on MySpace and realising you weren’t on it anymore This was the highest possible form of insult.

6. Having to own one of these things if more than two people wanted to play The split screens were just horrible and it took you an age to even tell which one you were supposed to be.

7. Thinking you mouse was broken only to flip it over and realise someone had stolen the ball A punishment reserved for your mortal enemies – or just to prank a friend in your IT lesson.

8. When you had to load Encarta to your computer so you could know anything This is what life without Google looked like, kids.

9. Finally getting the song you wanted off Limewire and it turns out to just be an atrocious cover someone made Either that or you were surprised with a trojan virus. Great!

10. Being on MSN and indulging in your trashy music – only to find your “What I’m Listening To” was on and every single one of your contacts could see it Even your crush was exposed to this mortifying information, especially seeing as you’d been logging in and out for over an hour to try to catch their attention.

11.  Being nudged over and over on MSN Seriously, don’t make me set my status to “Appear Offline”!

12. Google Maps wasn’t a thing, so having to print off any maps or directions you needed And you’d just hope you didn’t get lost.

13. The only way you could take photos of yourself was with a digital camera in the mirror, cause no one had a phone with a camera back then I say “photos of yourself” because the word “selfie” wasn’t a thing then, either.

14. Learning how to play Solitaire just because there weren’t any alternatives to that game on your computer Or you just pretended to know what you were doing.

15. Pressing the Internet button on your mobile by accident and panicking as you tried to exit it because it was so expensive to use 16. Not being able to fit your “portable” Discman in your pocket And unless you wanted to carry all your CDs around with you at all times, you had to listen to the songs on one CD over and over again.

17. Not being able to use the Internet when someone else was on the phone 18. Floppy disks, and having to remember to bring them to school because you’d saved all your work on there And finally, most heartbreaking of all – kids don’t know where their computer’s “save” icon originated from.

Spread the nostalgia and SHARE this with a fellow 90s kid!