20 Babies Who Are Total Jerks And Ruined Their Own Photoshoots

20 Babies Who Are Total Jerks And Ruined Their Own Photoshoots 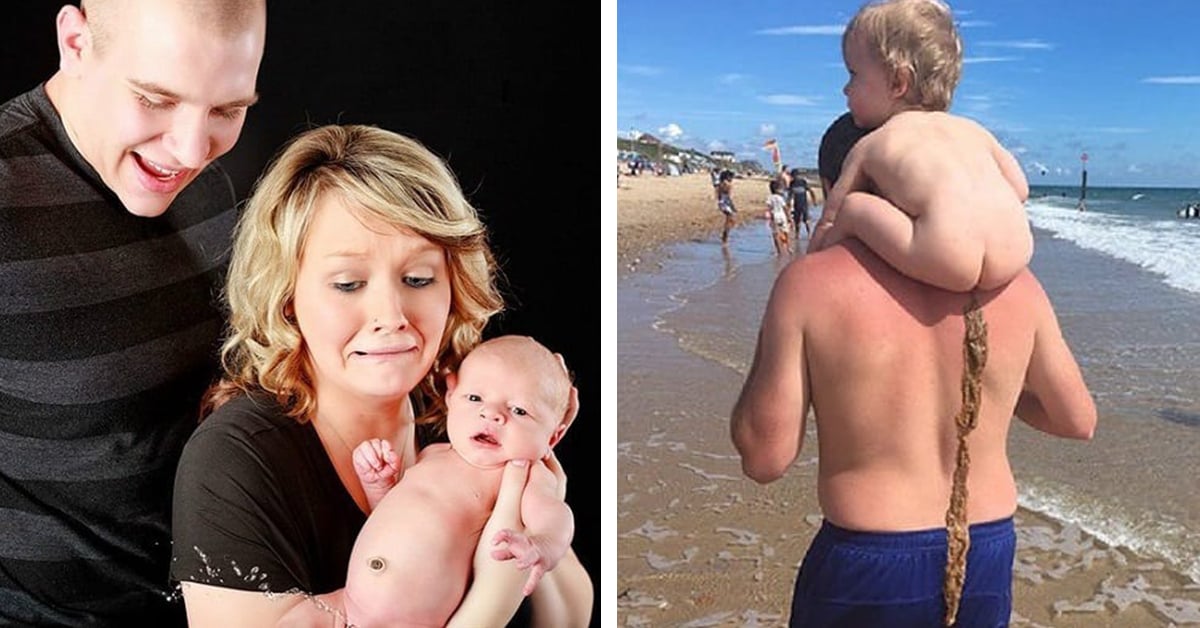 Babies; they’re teeny, tiny, adorable little bags of cuteness and, for some reason, most people are obsessed with them.

But do you want to know something else about babies? Babies are absolute jerks. There, I said it, they’re jerks!

They cry a lot, poop a lot, pee themselves all the time and throw up EVERYWHERE, especially when you’re in the middle of doing something important. It’s like they have some sort of radar or something. “Ohh Mom looks like she’s having a serious conversation with this very serious looking lady, now’s a great time for me to throw up all over her nice shirt.”

Babies do, however, provide us with a lot of entertainment… especially when moments like these are caught on camera. And when’s the best moment to catch this stuff on camera? During a photoshoot, of course!

Look at this little guy, he has absolutely no idea what is going on. All he knows is that he’s nice and cosy in the protective arms of his two loving parents, and he’s naked. Oh and he also really really needs to pee. So what does he do? Well, he PEE’S, obviously. 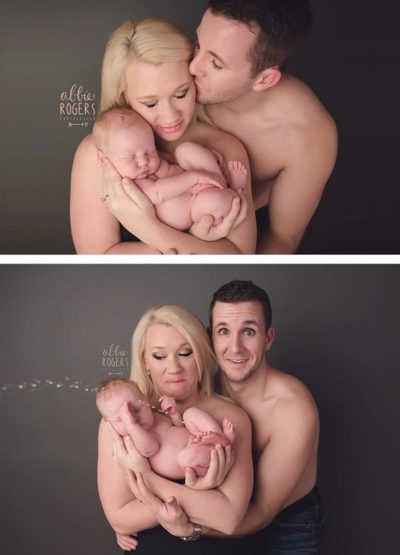 This is like that photos people accidentally take moments before disaster strikes. You can almost see in slow motion how this scene unfolded mere seconds after this picture was taken. It’s like a car crash I can just not look away from for the life of me. 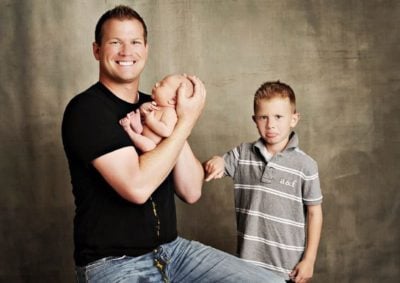 Look at this beautiful, wholesome, picturesque family photoshoot out in nature. So idyllic, so perfect. It would be such a shame if some little jerk came along and vomited right in the middle of it- Oh, wait, nevermind. Nice going baby. At least the Mom got a few laughs out of it. 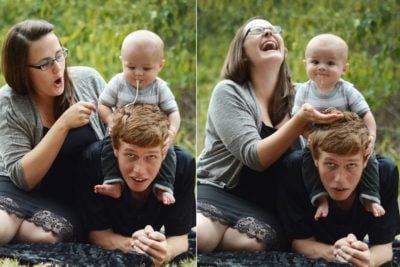 I’m not entirely sure if I can actually blame this ruined picture on the baby? I can’t see any poop or pee, so it can’t be that. The Mom could possibly be sneezing? Or just ripped a really big one. Maybe the baby is like super strong and is trying to choke her with her own necklace? I guess we’ll just never know. 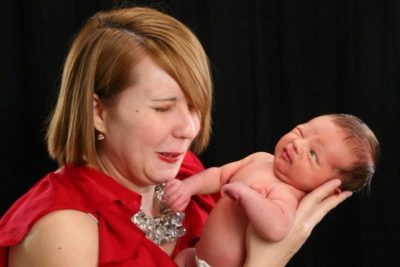