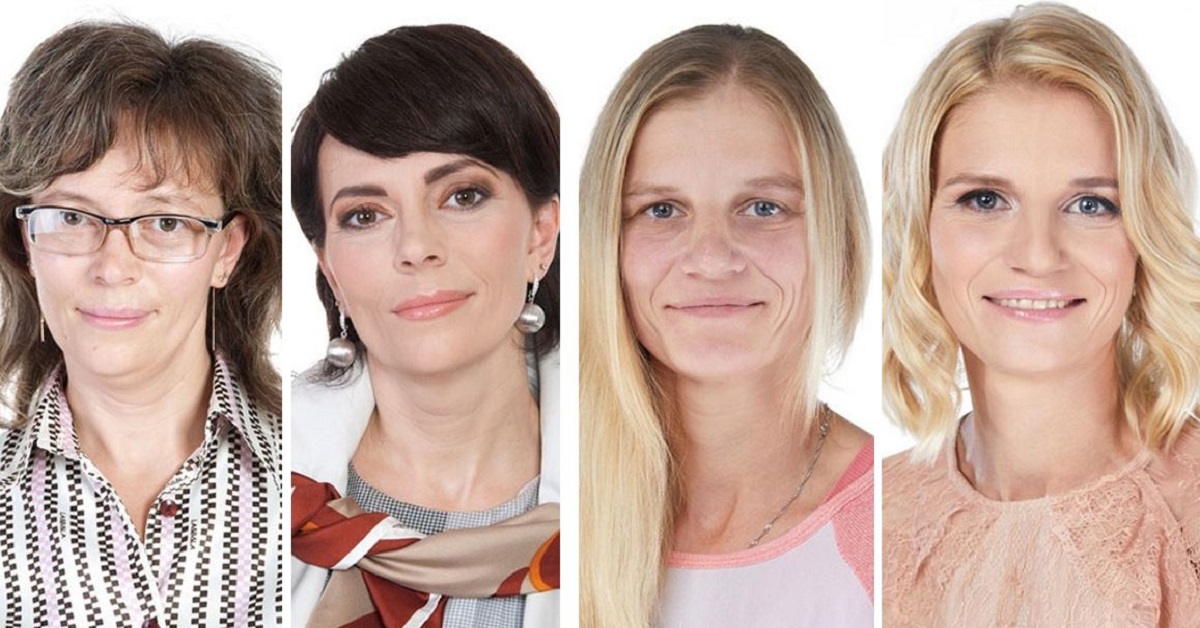 If you are getting bored and tired of your every day look, then you might what to head on over to Konstantin Bogomolov’s studio. All who enter his stylist studio walk out a totally different person after undergoing a rapidly impressive makeover.

These makeovers are nothing short of incredible and yet he keeps each person very natural, complimenting their features rather than changing their appearance entirely. You will be amazed at what he’s transformed these people into and I’m definitely putting my name down, I’m in desperate need of a makeover… This is just amazing. I love how they don’t just plaster her with makeup, she is clearly the same person just with much better styling! Her hair and makeup shave YEARS off her age, she looks fabulous! These two lovely ladies look a whole ten years younger after their makeover! Their new clothes and hair suit them so well and I’m living for it, they are rocking their new look. She is absolutely killing it in the second picture! Her hair looks so much healthier and her eyes pop so much more. Good style is much more important than I once thought… If you know your figure and the shape of your face well, then you are set! She looks absolutely stunning and the major change was simply styling her hair so it falls much more flatteringly over her face. This one is awesome! She looks like a badass rock chick in the transformation picture. It also shaves years and years off her actual age. Wow. This woman’s face looks so much younger than before after her makeover. Her hair is SO MUCH more flattering too. The only thing I wouldn’t change is her clothes. Her before clothes were actually very cool! But hey, I’m definitely not a stylist so I don’t know what I’m talking about… Again, she still looks very natural and you can tell that she is the same person as before. However, now she has cool hair and is ROCKING that pair of leather pants. You go, girl! She definitely looks much more like 30 now than 36! She looks healthy and gorgeous whilst her hair is just awesome. I’m very jealous of her makeover… This could honestly be mother and daughter when comparing these photos! Incredible how just a simple change of style can transform your entire appearance. The hair! Honestly, it’s such an incredible improvement. She looks so much younger, healthier and happier in general. I am so impressed by this stylist’s talents. She already looked great and now she looks even better! Her hair really does compliment her face much more, even her glasses are a massive improvement! She also looks even younger now… From cute to very edgy and professional, this lady looks great in both! I can’t even enough of her hair in her transformation picture though, it suits her so incredibly well! Okay, how is this one even possible?! She looks so much younger than she did before! Incredibly stylish too, which perfectly suits her business goals of being an interior designer! I ADORE her new hair colour it looks completely awesome. She looks like a badass manager now and definitely looks like she is incredibly professional! I think all this guy really needed was new clothes and a new haircut. He looks much more like a professional photographer now and I’m sure he will get loads more clients. Should have ditched the bowl cut sooner! Ahh, she looks so much happier in the second picture and it’s lovely to see! Her hair suits her a lot better and it looks like it perfectly matches her personality. Rocking into retirement! This is a perfect example of how if you have thinner hair, you will look so much better with a neater and shorter style. She looks younger and glowing, an incredible transformation. The red lipstick really suits her and her new hair, she looks awesome! Her clothes make her look so much younger too, she’s smashing it. His hair, his clothes, everything looks so much better now! He definitely looks like a much more believable actor and could take on any role. Have these makeovers made you want you change up your look? Because they definitely have for me! I think I just need my own personal stylist with me 24/7 to erase my current look which consists of lack of sleep mixed with too much fast food. I’m not sure any makeover can cure that…