20 Of The Funniest Memes You Shouldn't Show Your Boss

20 Of The Funniest Memes You Shouldn’t Show Your Boss 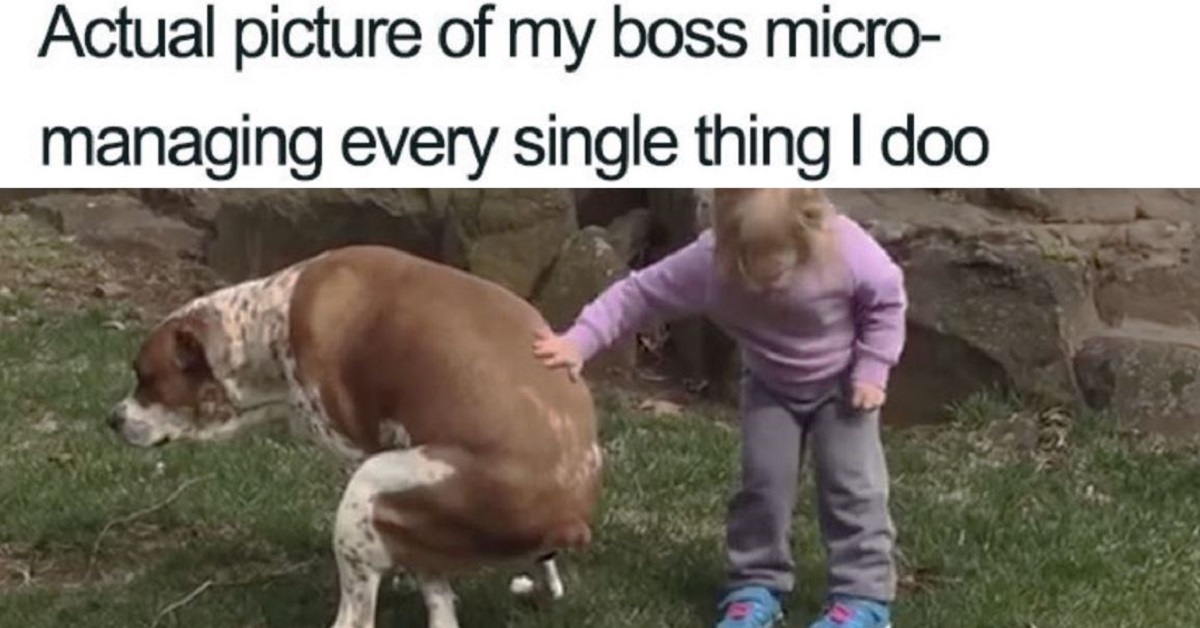 Memes get us through the worst of times, especially when we are bored at work! So, what better to get you through work than funny boss memes, just make sure that these are for your eyes only…

Yes, obviously a great relationship between coworkers is important for work productivity but what about when that relationship is strained? Boss memes, that’s what! These memes will help get you through the day and laugh at your pain which is always the best way.


So, if you’re having a bad day at work, look no further. Or, if you know someone who is struggling at work, send them these memes! We’ve all been there, our boss doesn’t believe us and we know the game is up so the only option is to send a picture like this, hopefully, they’ll believe it!

2.) Subtlety is your best quality I need to buy myself one of these asap. This really is awesome and this guy is a genius, he should be considered a hero to all workers. Sometimes you feel like answering your bosses obvious question with the most obvious answer. Sadly, most of us never have the guts to actually do this…

4.) Everyone needs this shirt I think everyone should own this shirt, it’s great for impressing your boss and it’s hilarious for whenever he turns his back. This guy is a legend. This is so painfully relatable. I usually just open a Word Document and stare at intensely but each to their own, vacuuming a desert works too! It’s always tough convincing the boss but when you do, it’s the best thing ever! For example, the job above definitely requires dedicated technical professionals. Don’t we all feel like asking this at some point during the day? I wish I was bold enough to ask this, I wonder if my boss would grant the wish? Bad bosses always micro-manage every single thing their employees do, good bosses give employees freedom. This meme needs to be sent to all bosses! These words actually send daggers through my heart whenever they are uttered. Thankfully, I usually sneak away before my boss can actually see me…

10.) Truer words have never been spoken We have all been paid criminally low at some point in our lives, especially if we are hardworking and our boss says that they actually value us.

11.) This should be illegal These types of bosses and colleagues are the absolute worst and they should be fired for doing this. At least credit you for it being your idea! There are some bosses out there that expect you to work no matter what, even if you are on your death bed. I’d like to see those bosses come in when they are ill! This is such a typical thing for a boss to do, just delegate whatever you suggest to you, even if it is jumping in a lake!

14.) What do you mean? My boss tells the BEST jokes Bosses always tell the very best jokes because they are obviously very funny in order to get a pay rise! We are all great actors at work… When your boss is off work during quiet periods, it really is the best thing ever, it’s so relaxing and you can basically do whatever you want, that’s the life! Bosses need to understand that the second the clock hits the end of the day, I’m gone. Don’t bother even asking, I refuse to do it unless you pay me double! This is probably one of the truest things I have ever seen. Just don’t even bother sending emails after a certain time, I really won’t answer… This one really did hit a little bit too close to home. I thought flexible scheduling meant that employees had some say in their hours but clearly not…

19.) Saturday is meant for rest Working a Saturday is the worst but at least if your boss is doing it too it isn’t so bad…when he leaves early though. OH BOY don’t get me started! I think everyone just needs a holiday that lasts forever…who’s with me?

So, if you’re at work today, I hope these made you laugh. If you are friends with your boss, why not send them some memes?! AAx