Ahh, childhood, a distant memory of when life was easy and stress-free. Where you would spend your days watching endless movies and enjoying having absolutely zero responsibilities.

However, after all that growing up and adulting that you are expected to do on a day to day basis, it is easy to quickly forget what was once your favourite childhood movies. Well, I’m here to remind you of some classics that you have forgotten all about, you will remember them immediately though… 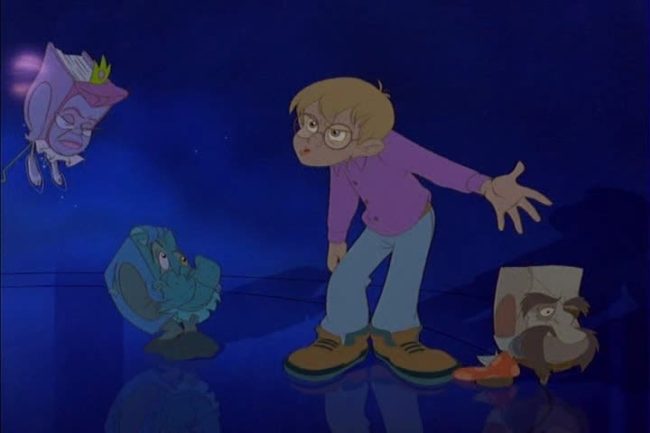 If you have seen this film, watch it now, even if you are an adult! The story follows a young boy who is transformed into an illustration after sheltering in a library, standard. He must then navigate the worlds of various different books to escape into the real world. A MUST for book lovers! 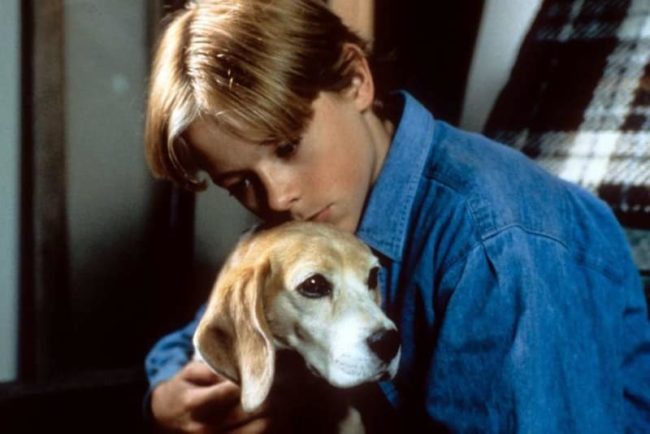 Who remembers this?! It’s all about an adorable little Beagle who runs away from his abusive owner. Marty, the protagonist, wants to keep him but his dad won’t let him. I’m pretty sure EVERY child has seen and loved this movie. 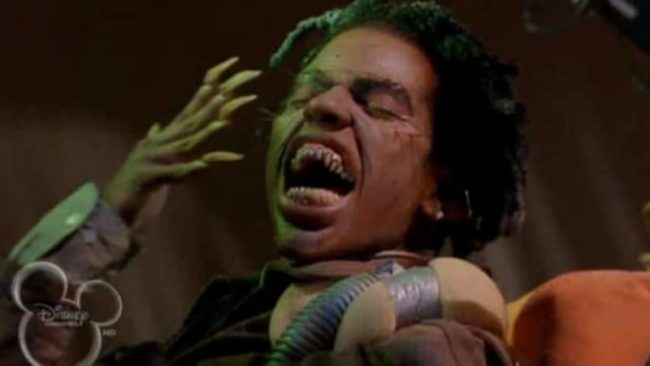 I don’t know about you but this movie TERRIFIED me as a kid! I mean just LOOK at it. I will never forget this one, even if I wanted to! The main kid, Frances, doesn’t believe in the paranormal but the Boogeyman is framing her for pranks. Weird concept but still a classic. 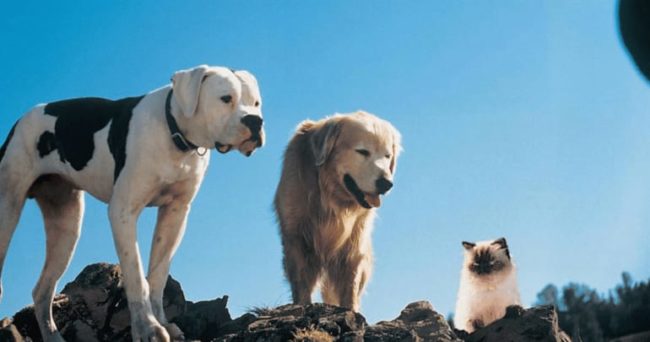 Ahh, I loved this movie! Anything involving cute animals and I’m sold. This is about three pets that have been dropped off at a friend’s ranch before heading off to San Francisco. The poor animals believe that they’ve been left for good and embark on a journey home! If you haven’t seen this yet, you need to. 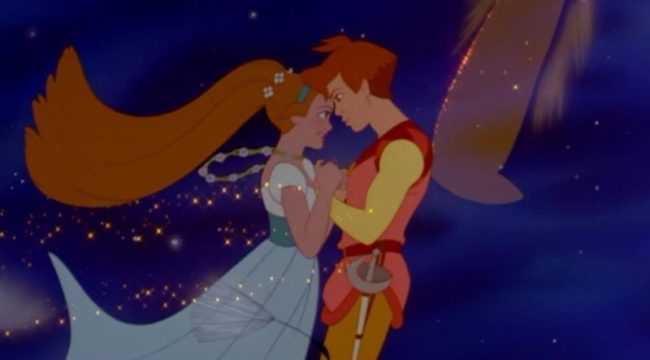 Okay, this is one of my favourite childhood movies, it’s just so cute! Thumbelina is tiny and never thinks that she will meet someone that is her own size. However, she soon meets her Prince. Yet there’s a spanner in the works! Ms Toad captures her and she must escape. 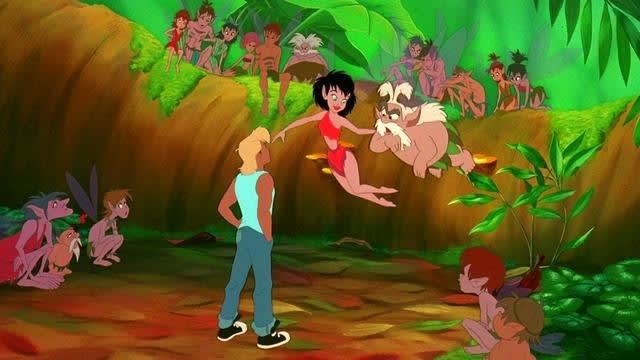 This was such a cute and magical film! Crysta the fairy accidentally shrinks a human boy to her size. However, the local logging company are tearing down her rainforest and he must help her! This is disturbingly relevant… 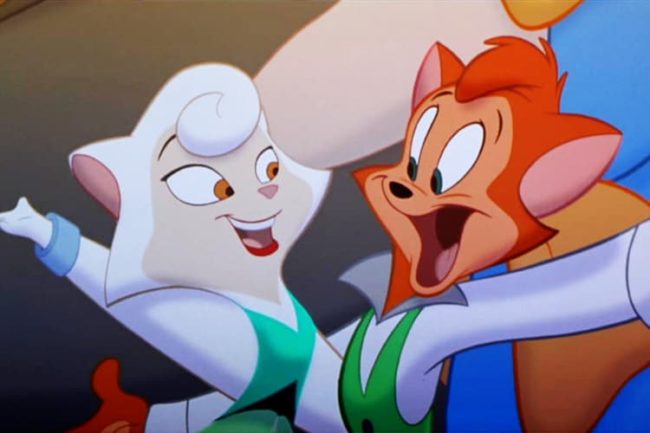 Okay, any films with cats in are always amazing. Danny the cat (adorable, I know) heads to Hollywood to become famous because why not?! Unfortunately, animals aren’t in with a chance to become famous in Hollywood so it’s up to him to change that. 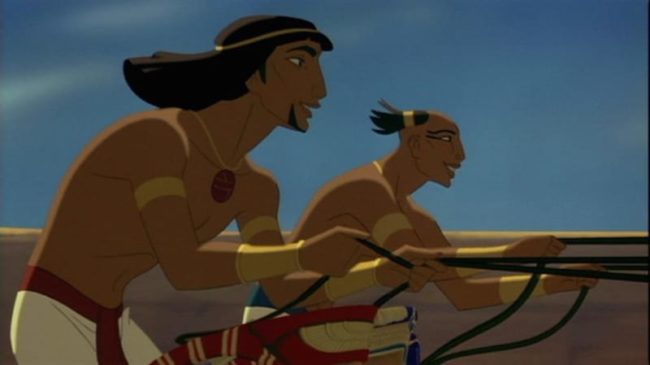 This is a really cool and actually educational movie! It’s all about how Moses freed his people and if you haven’t watched it yet, watch it with your kids. 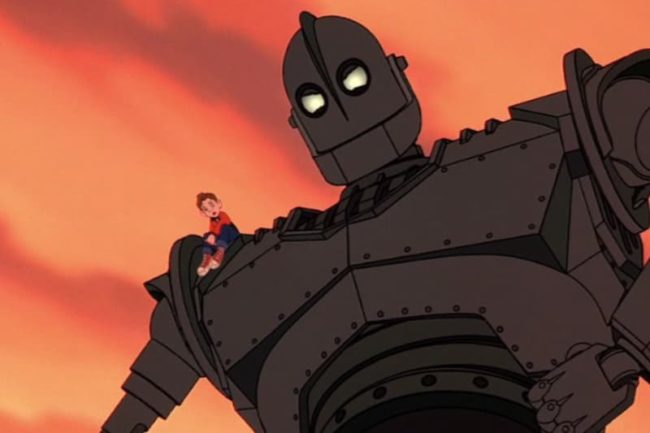 I had actually completely forgotten about this one until now! A young boy finds a robot that has fallen from space and he has to protect it from the military and the government. Honestly, such an awesome movie! 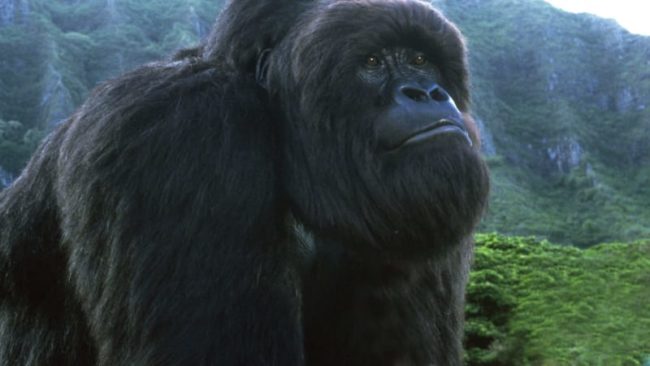 This movie is basically King Kong for kids. They capture an orphaned Gorilla named Joe that has a genetic anomaly meaning that he grows 15 feet tall. However, a poacher is seeking revenge and wants him dead. 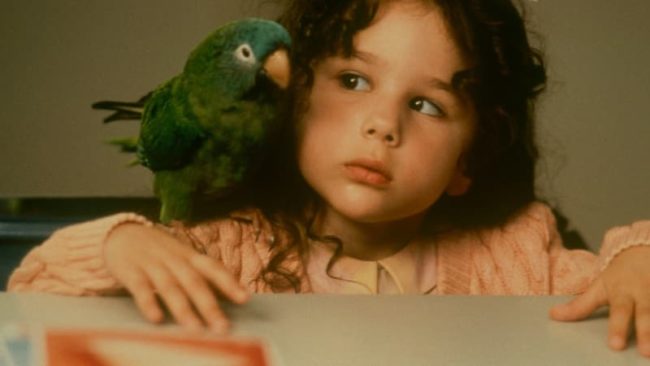 I love this adorable bird! It’s full of jokes and has led a life of adventures. However, all it really wants is to return to its owner, sweet! 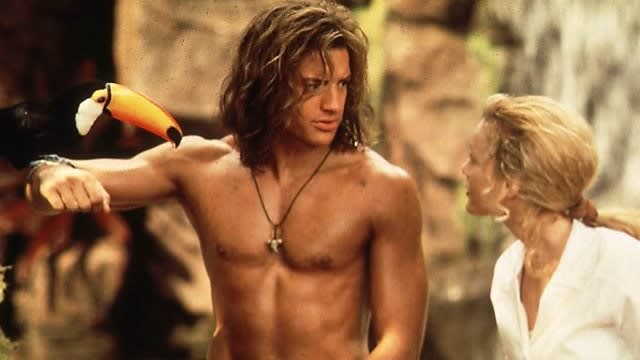 Looking back on this one as an adult, George was pretty fine! I’m sure everyone has seen this, George raised himself in the jungle and has first human contact with a wealthy lady called Ursula. 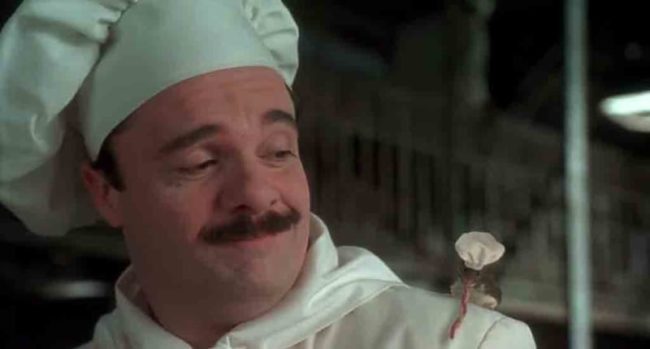 Two brothers want to renovate a mansion left to them by their father. However, this adorable but pesky mouse keeps getting in their way. Such a sweet movie – who remembers this one?! 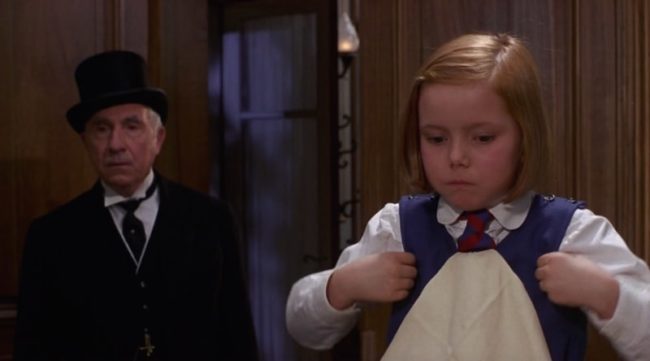 I love this movie WITH ALL OF MY HEART. If anyone says otherwise, I am afraid that you are wrong. Lord Covington plans to sell the boarding school that Madeline calls home. She has to think of a way to stop him!

This was literally like the original Toy Story. A teenager buys action figures that have been programmed with military technology. A war between toys proceeds to break out. The coolest childhood film ever. 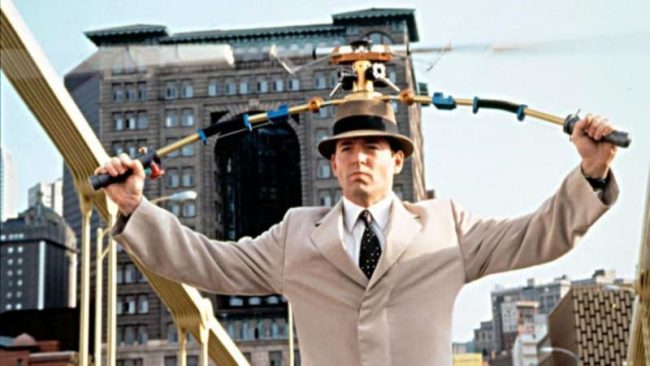 Okay, if you haven’t seen this or can’t remember this, you DEFINITELY need to check this film out. John Brown is injured badly in an explosion and is taken to a lab where they replace damaged body parts with the coolest gadgets. I wish that this could happen in real life! 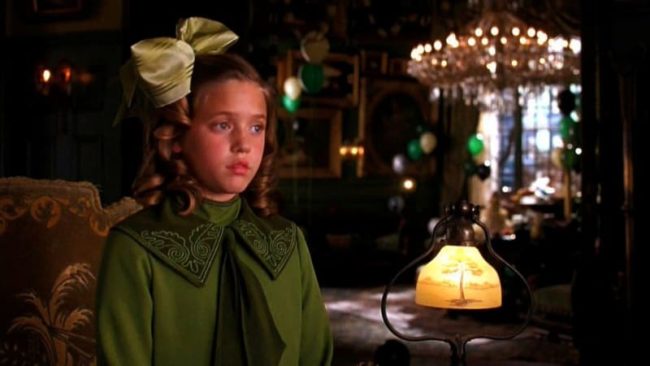 Another classic boarding school movie guys! Sara gets sent to a boarding school and receives FAKE NEWS that her father has died (kind of dark). She then has to face up to the cruel headmistress. 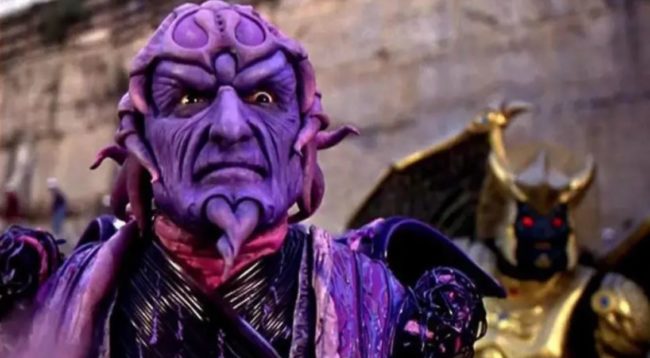 It’s shocking how we can all forget about something as iconic as the POWER RANGERS. They face up to their most powerful villain in this film, Ivan Ooze. Be right back as I go and watch this again… 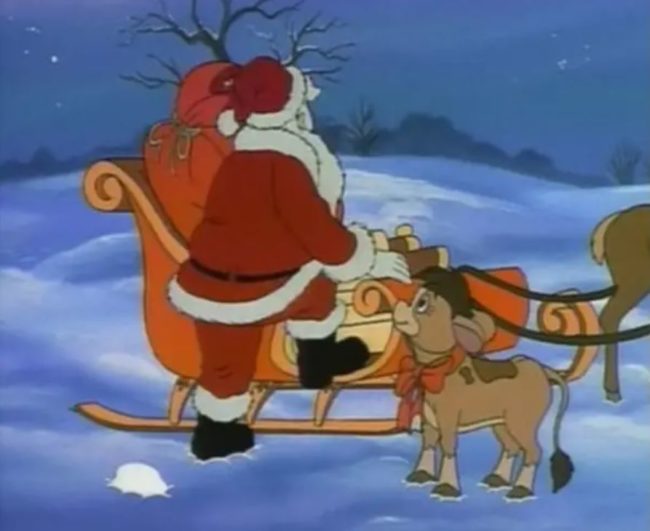 This is a really sweet film. A little calf is gifted by Santa and it has the magical ability to speak. It then develops a friendship with a boy who is mute. You won’t see anything as wholesome and as pure as this. 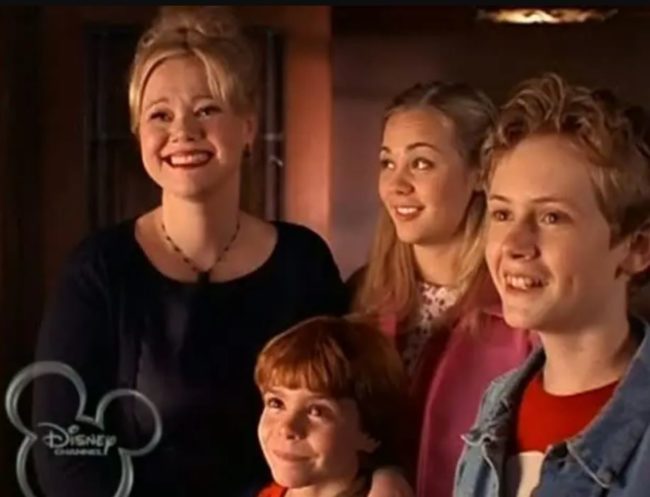 The title kind of explains it all but this was still a cool movie! The kids discover that their mom is dating a vampire and they need to put a stop to it. 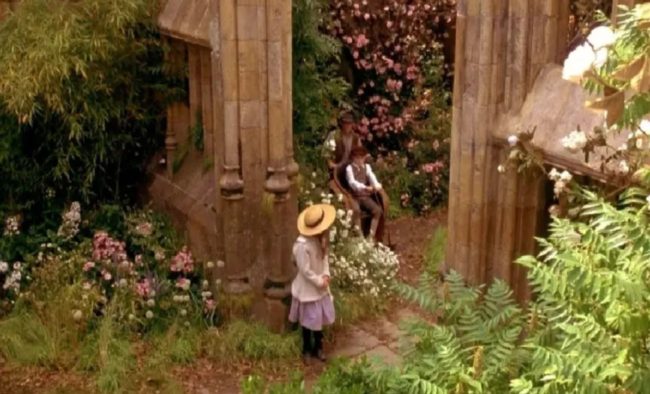 Just TRY and tell me that this wasn’t one of the most magical childhood movies ever?! The girl finds a hidden SECRET garden and it’s had kids exploring their gardens looking for a door ever since watching this movie. 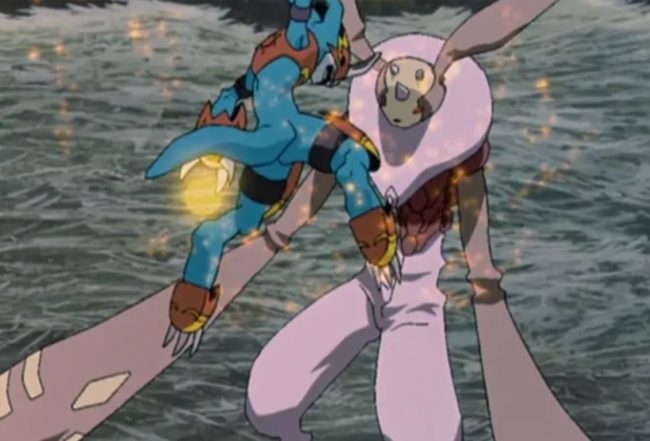 Who remembers Digimon?! I bet you all can’t believe that you have forgotten about such classics. The kids need to stop a powerful internet Digimon from taking over the world. Just your standard Tuesday, I guess. 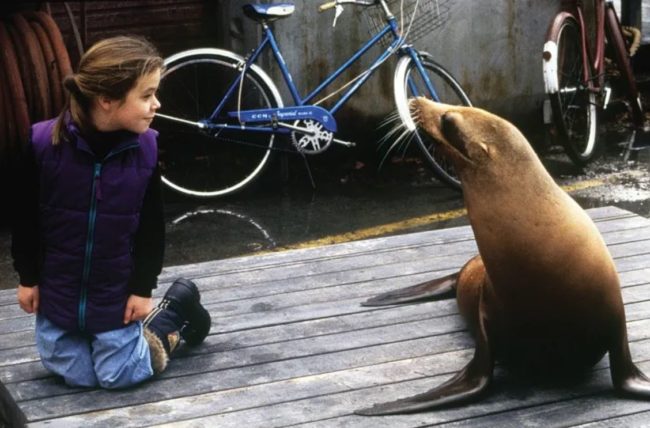 Any animal lovers will DEFINITELY have watched and loved this film. A family nurse a playful seal back to health. However, the EVIL fishermen use him as a scapegoat. So not fair.

I hope you enjoyed this nostalgic childhood movie journey back in time. I can’t believe how many of these movies I have already forgotten about! I don’t know about you, but I’m planning on shamelessly watching all of these movies again over the weekend.