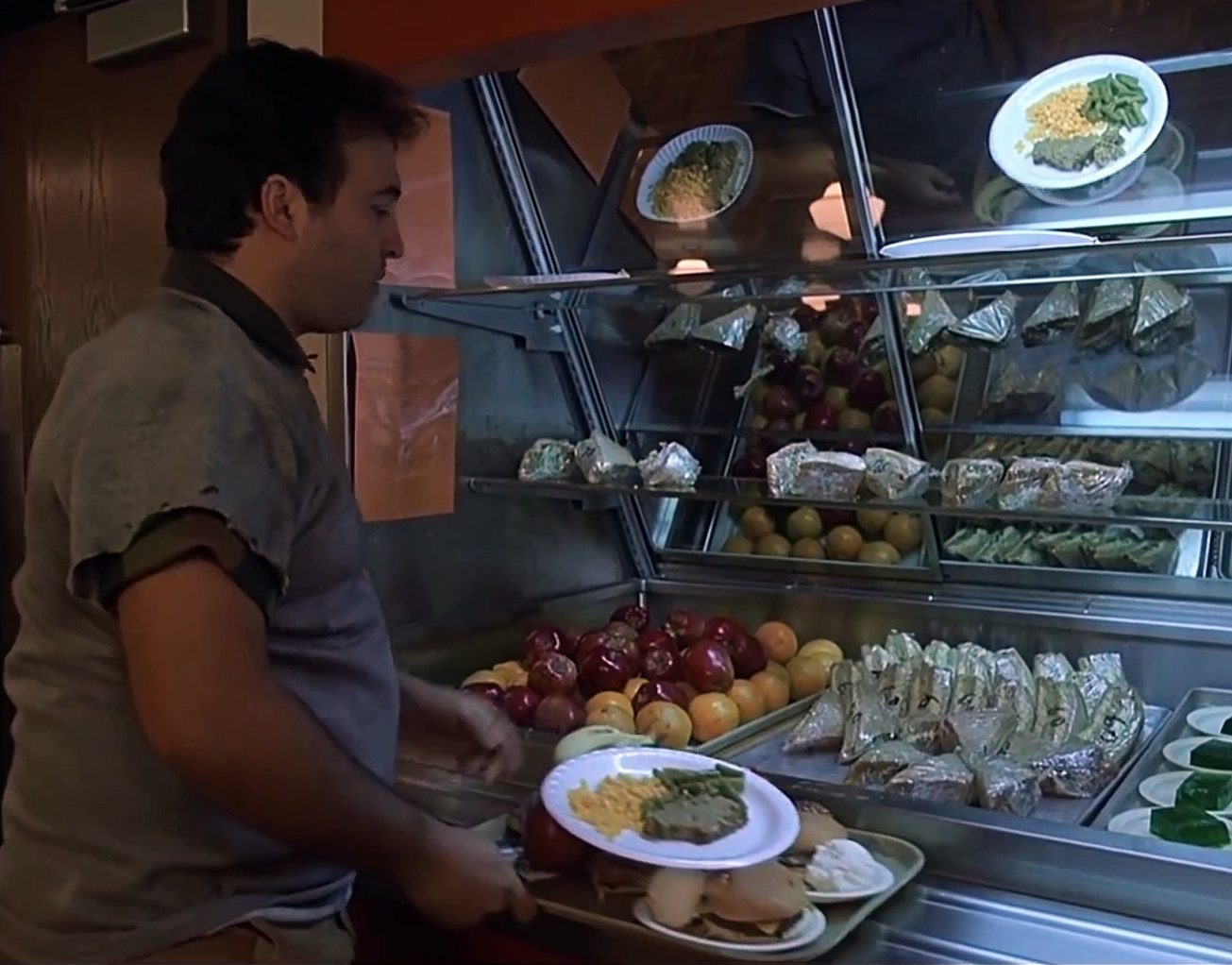 Amazingly, John Belushi’s performance in the cafeteria scene – in which in Bluto takes bites out of doughnuts and burgers, inhales jelly and piles up an overflowing mountain of food on his tray – was entirely improvised on the spot. Animal House director John Landis urged the camera operator to “stay with him” as Belushi began going off-script. The famous “I’m a zit” joke – which sees Bluto spit food all over a bunch of Omegas – was also made up by Belushi on the spot.

Interestingly, Landis himself was meant to make a cameo in this scene, but this was ultimately cut. In the deleted scene, Landis appears as a cafeteria dishwasher who attempts to stop Bluto from pinching so much food. Bluto then throws Landis to the ground and says “You don’t f*** with the eagles unless you know how to fly.”

28. Donald Sutherland turned down the chance to be paid a percentage of the film’s (ultimately huge) profits 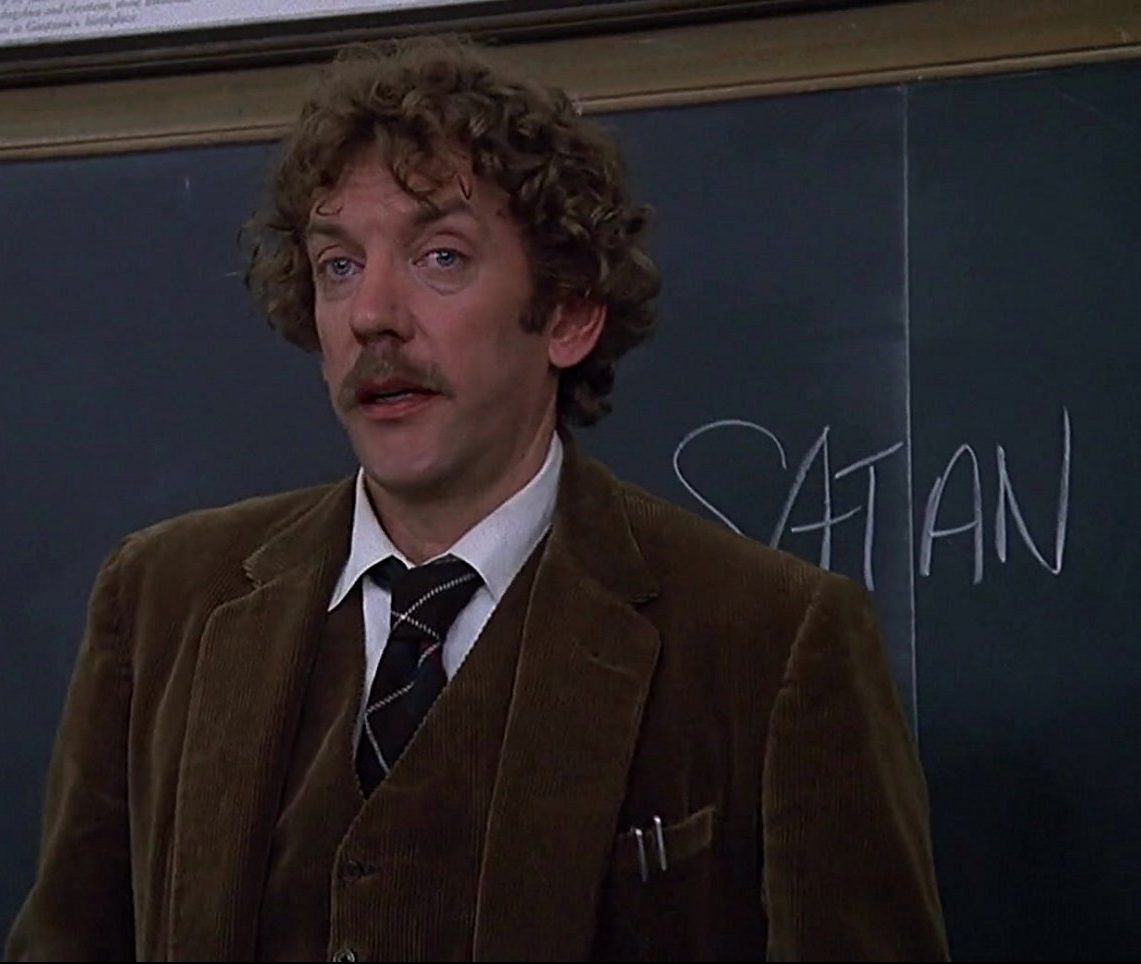 Nowadays, Animal House is widely regarded as one of the best comedy films of all time. Back in the 70s, however, nobody could have guessed just how successful the movie would become. Donald Sutherland, who stars in the film as Professor Dave Jennings, was one person who was convinced that the film would be a box office flop.

Sutherland was so certain that the film would bomb that he insisted on being paid upfront, rather than receiving a percentage of the film’s gross profits. Eventually a deal was settled, and Sutherland walked away with $50,000. Not a bad payday, but Sutherland could have taken home a whole lot more. The actor had been offered 2% of the film’s gross profits, which would have left him nearly $3 million better off.