There’s no shortage of films set during the Vietnam War, but few manage to capture the true horror and raw emotion of conflict as well as Platoon. Perhaps this is to be expected. It is, after all, the only major Vietnam movie to have been written and directed by someone who was actually there: Oliver Stone, who served in the controversial conflict before becoming a filmmaker.

With scenes that are both tragic and traumatic, Platoon is a film that’s hard to watch yet which leaves you unable to look away. We’re investigating some of the lesser-known, behind-the-scenes facts about this Oliver Stone classic.

30. The scene where Chris saves a Vietnamese girl from assault is based on Oliver Stone’s own experiences 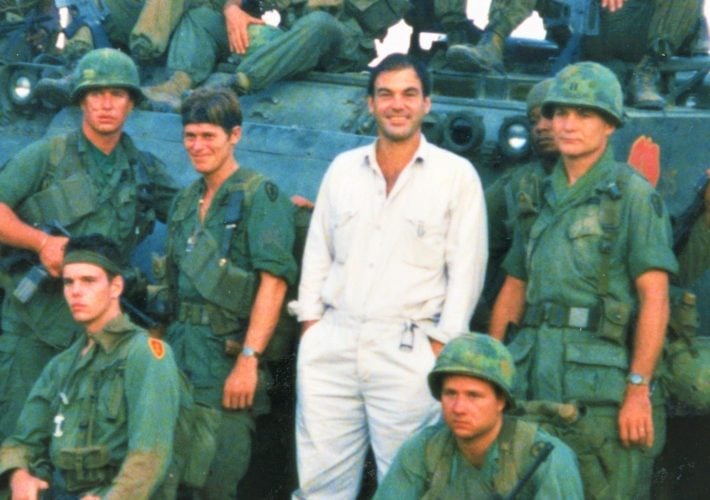 Oliver Stone was both the writer and director of Platoon, which was one of many films made in the 80s about the Vietnam war. Unlike a lot of other filmmakers dealing with the subject matter, Stone had firsthand experience as he served in the conflict as an infantryman. Platoon is largely based on Stone’s genuine experiences, with some incidents drawn directly from real life.

One such scene directly based on reality comes when Charlie Sheen’s Chris saves a Vietnamese girl from being assaulted. Stone did much the same thing when he was in Vietnam, intervening to stop a similar assault from taking place. It makes you realise how terrifying the entire ordeal must have been, even beyond the combat itself.

29. The actors wrote their own messages on their helmets 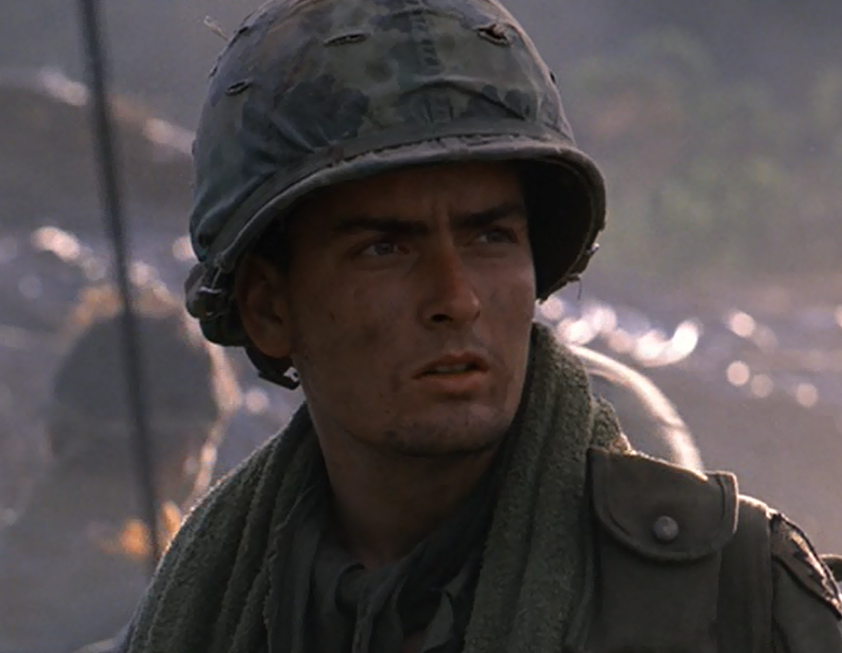 Movies about the Vietnam War have often highlighted the practice of soldiers writing personalised messages on their helmets. This was done in Platoon, and for a more authentic personal touch, the actors wrote messages they came up with themselves. For his, Charlie Sheen wrote: ‘When I die, bury me upside-down so the world can kiss my a**.’

This can be seen to fit both the gung-ho spirit of Sheen’s character in the movie, as well as his own infamously volatile personality in real life. Johnny Depp’s helmet features an arrow-pierced heart containing the initials ‘S.F.’ referring to his then-girlfriend, actress Sherilyn Fenn. Another famous personalised ‘Nam helmet can be seen in Full Metal Jacket, in which Matthew Modine’s helmet reads ‘Born to Kill’.