9 British Brands That Changed Their Name, Much To The Disappointment Of The Public

9 British Brands That Changed Their Name, Much To The Disappointment Of The Public 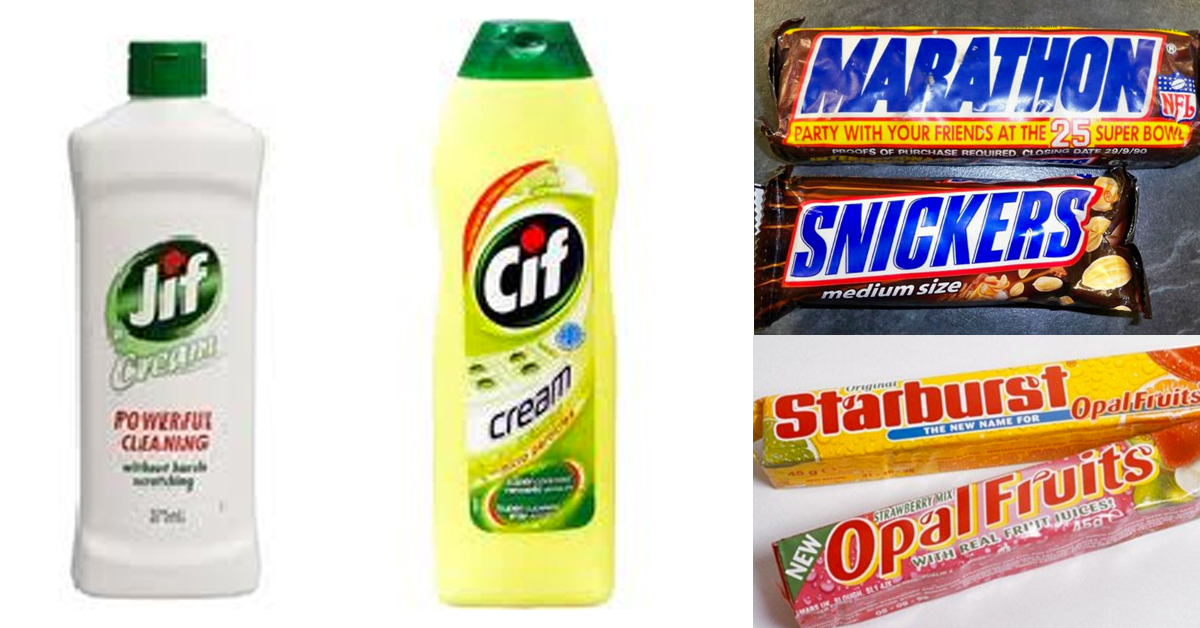 The British are great at supporting their nation in all areas. Whether it be sport, politics or even the name of popular brands. We are truly passionate.

Which is why when the name of a brand is changed, it really pisses us off. 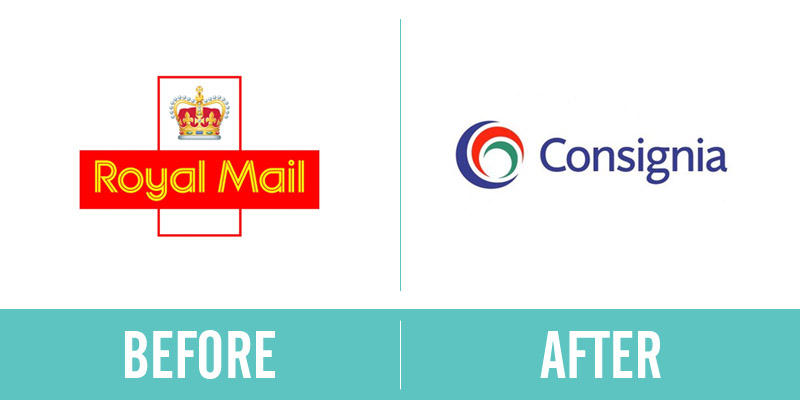 As the millennium celebrations approached, the Royal Mail, lumbered with a stuffy old crown on its logo, decided it could do with a makeover. After an agonising two-year process of racking its brains and hiring consultants to pep up its image it came up with – “Consignia”.

Sixteen months later, with its plans to push into overseas markets in tatters, and the meaningless new name a laughing stock, Roberts left, Consignia was consigned to the history books, and Royal Mail bosses hoped the £2m rebranding would be forgotten as soon as possible.

O2 plc was purchased by the Spanish telecommunications company Telefónica in 2006. Under the terms of the acquisition, Telefónica agreed to retain the “O2” brand and the company’s UK headquarters. 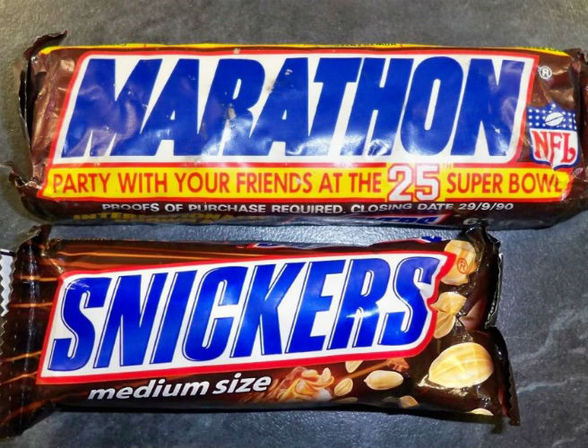 Long before Mr T began asking customers to “grow some nuts”, the nougat, caramel and peanut confectionery made by Mars was sold as Marathon. Then in 1990, Mars decided to align the UK product with the global Snickers name. In 2008, one report suggested Marathon would make a nostalgic comeback 18 years after it vanished from shelves – but Snickers remains the brand’s name. 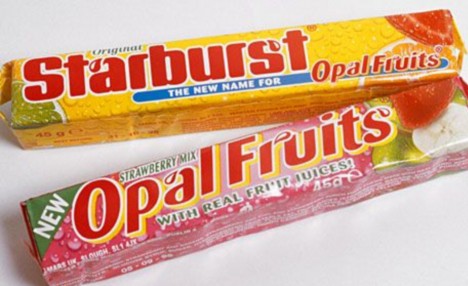 These juicy, chewy delights were originally called Opal Fruits after being introduced to shop shelves in 1959. They were so named by Peter Pfeffer in a competition that won him £5 and the four original flavours were strawberry, lemon, orange, and lime. Then in the 1990s Opal Fruits were phased out in the UK, followed by Ireland in 1998, in order to standardise the Starburst product in the global marketplace – although Asda briefly revived Opal Fruits for a 12-week period in May 2008. 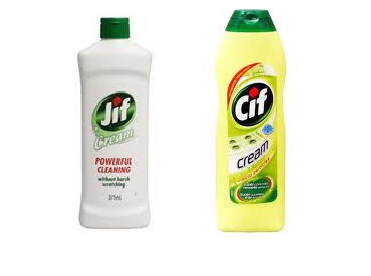 A subtle but vital name change was made to the lemon infused household cleaning product, back in 2000. Initially known as Jif, a £2m rebrand for the sake of one letter was deemed necessary because those in European territories were getting into difficulty pronouncing the name of the product. Apparently the “s” was easier to pronounce in other languages although it is still sold under the names Jif, Vim, Viss and Handy Andy depending on which of the 51 countries it is sold in. Meanwhile, multinational branding requirements have also seen Oil of Ulay switch to Oil of Olay, and Dime Bar becoming Daim Bar.

The UK arm of the Spanish banking giant was formed from three constituent companies with roots dating back to 1849 as mutual building societies. They were well-known on the high street as Abbey National, Alliance & Leicester and Bradford & Bingley before the beginning of their formation in January 2010 led to them being renamed Santander UK plc. Alliance & Leicester plc merged into the renamed business in May 2010. 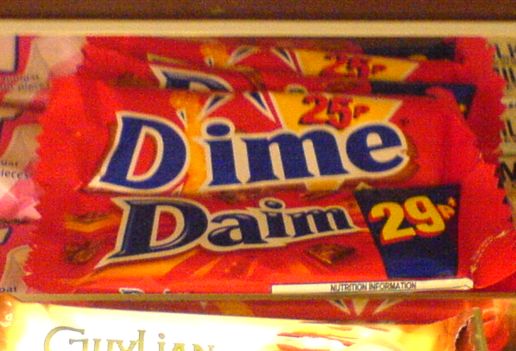 Kraft Foods who own Daim bar changed the name from Dime to Daim in a bid to standardise the brand accross Europe. If you ask most English people to spell Daim, they would probably write Dime but hey whatever, they taste great so who cares?

There was only a vague reason given for Ulay changing their name to Olay.  Apparently in some places that word had close connections to something considered undesirable as a brand name (sort of like the French soft drink Pschitt being unmarketable in English speaking areas). 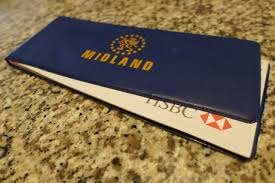 The Midland Bank was a British brand after significant expansion and  the acquisition of many smaller banks. The name Midland Bank Ltd was adopted in 1923. By 1934 it was the largest deposit bank in the world. In 1992 it was taken over by HSBC Holdings plc, who phased out the Midland Bank name in 1999 in favour of HSBC Bank.

On 10 June 2015, HSBC announced that it would be rebranding its UK branches. HSBC chairman Douglas Flint described the Midland brand as “odds-on favourite” for a return to the high street.In September 2015, it was announced that the Midland Bank name would not be revived and the UK branch network would be branded “HSBC UK”.