A complete list of of every Shane Dawson controversy 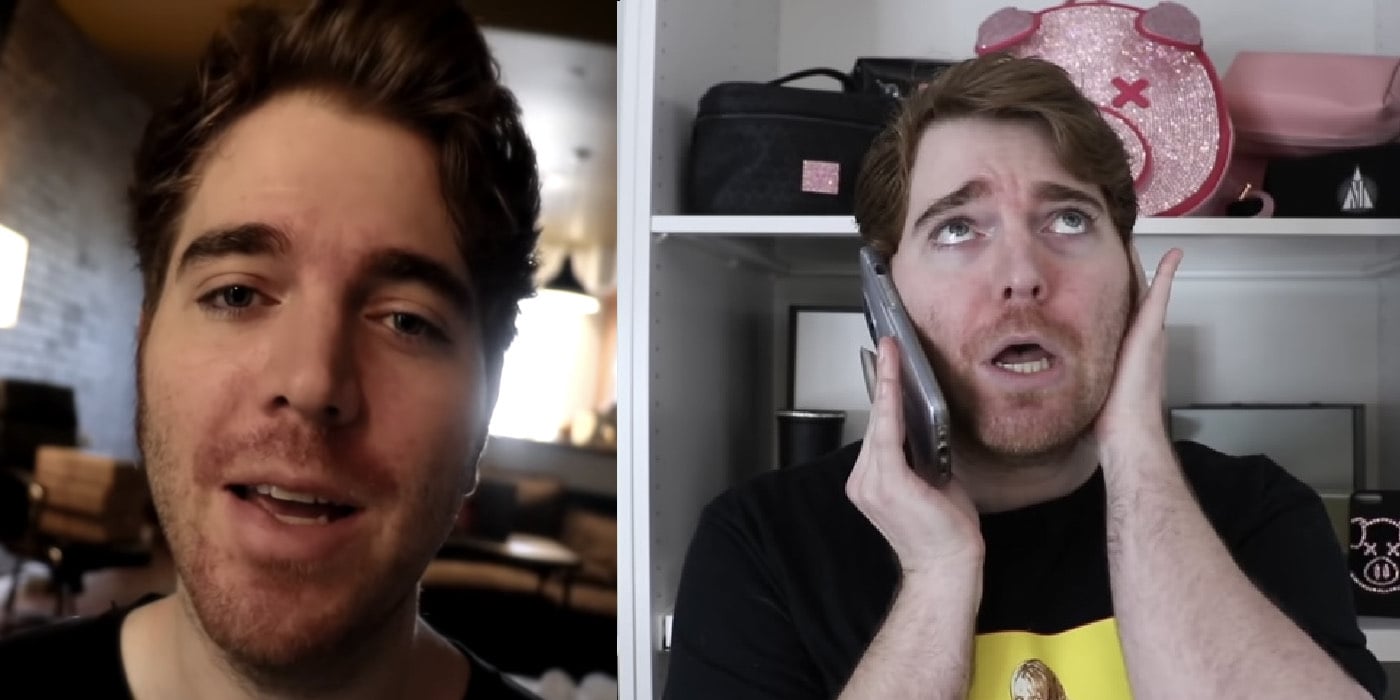 At 20 million subscribers, Shane Dawson is one of YouTube’s popular stars. He’s also one of its most controversial. Over the course of the 2010s, the American vlogger has gotten himself into a whole manner of trouble.

Dawson’s controversies include his portrayal of racial stereotypes, in particular his use of blackface. He is also known to have made light of paedophilia and mental disorders. In 2019, audio emerged of Dawson claiming that his first sexual experience was with his cat.

In the aftermath of these numerous cancellations, Dawson released a video titled Taking Accountability, in which he apologised for his wrongdoings and all but retired from YouTube. “Every apology video I have ever made has been from fear. It’s me sitting at home, thinking the whole world hates me and crying and hyperventilating and then just turning on a web cam and just saying I’m sorry and hoping people know I’m a good person and then it’ll go away,” Shane shared in the video. “That is stupid. That is something a child does.” What followed was a 16-month hiatus.

Then, in October 2021, Dawson made a shock return to YouTube with The Haunting of Shane Dawson. Taking the same route as Taking Accountability, Dawson used the video to reflect on his past controversies, how they came about and why they were wrong. Here are a few. 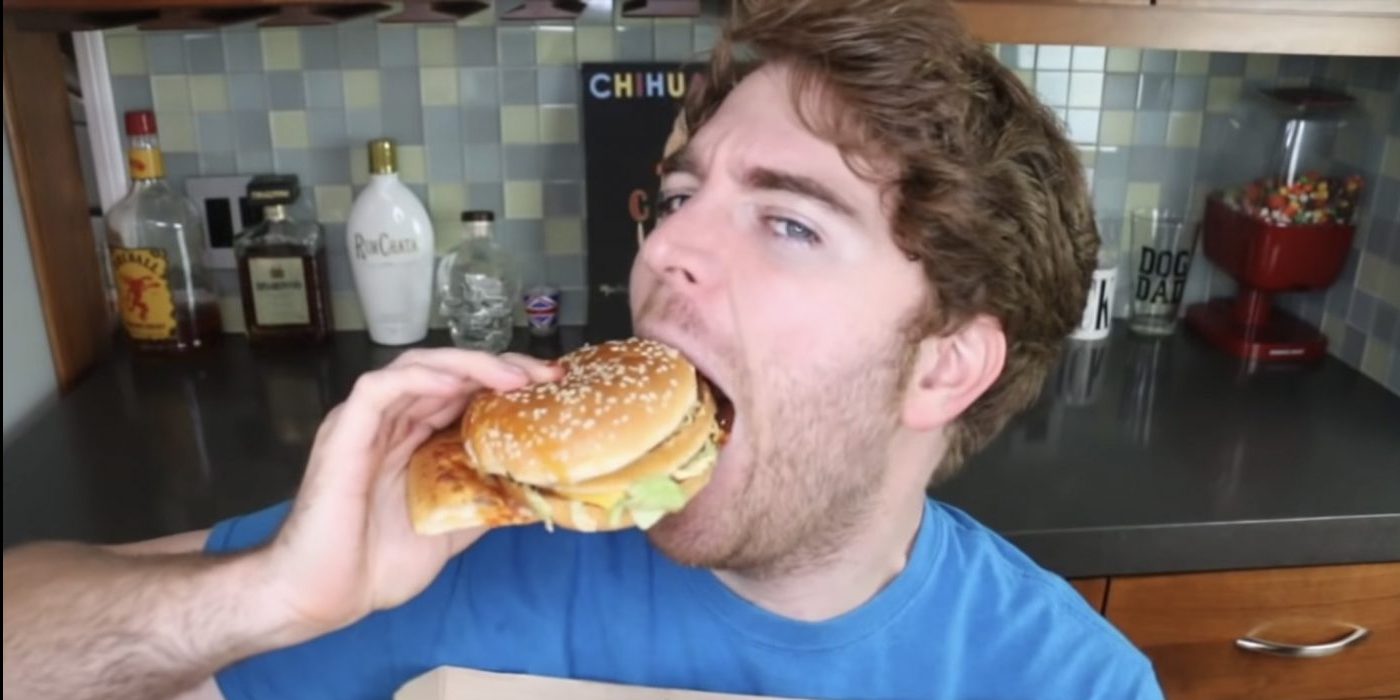 In February 2019, Dawson came under fire for his YouTube video delving into the conspiracy that Chuck E. Cheese serves leftover pizza to customers. The rumour was that the children’s pizza restaurant collected uneaten slices and combined them into an entire pizza. Fans of Dawson’s lashed out at Chuck E. Cheese online as a result of the upload.

A spokesperson for the restaurant told The Verge, “The claims made in this video about Chuck E. Cheese’s and our pizza are unequivocally false. No conspiracies here - our pizzas are made to order and we prepare our dough fresh in restaurant, which means that they’re not always perfectly uniform in shape, but always delicious.” 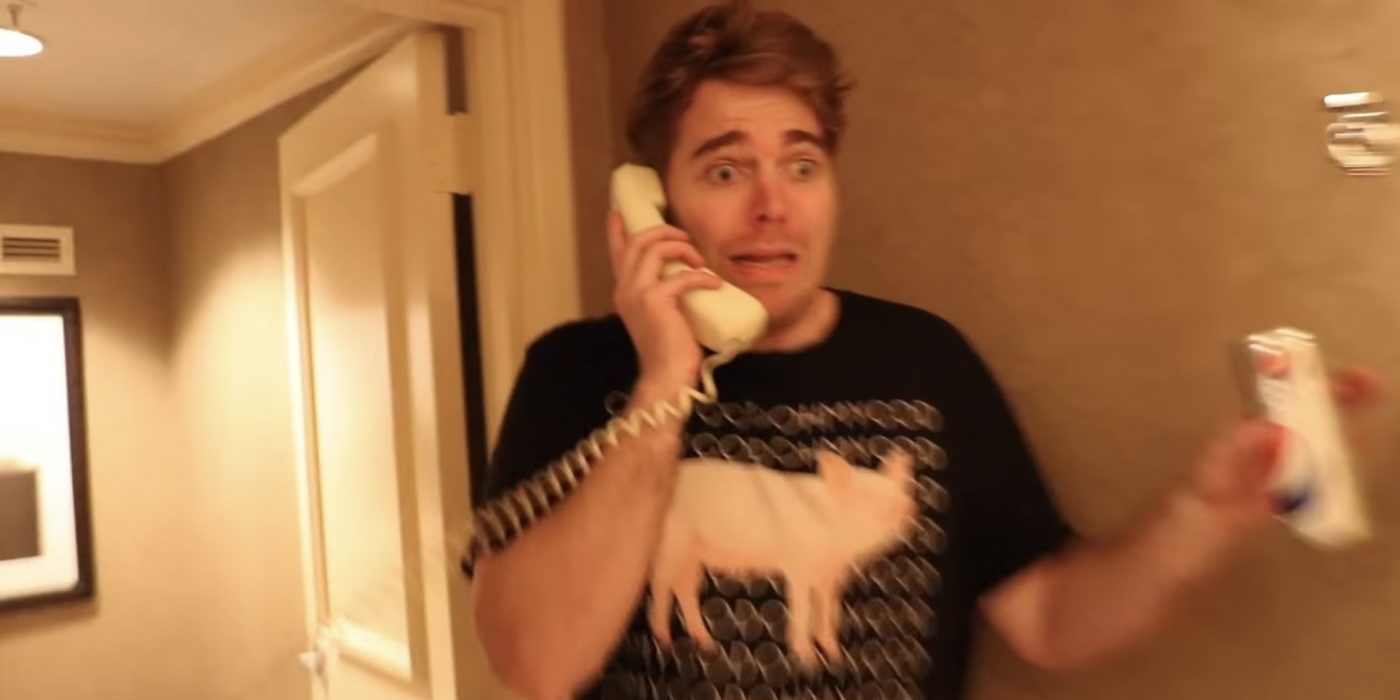 Attempting to decipher the celebrity of fellow YouTuber Jake Paul and his tendency to create controversial content, Dawson produced a documentary series called Inside The Mind of Jake Paul. In episode 2, The Dark Side of Jake Paul, Dawson talked to therapist Kati Morton about whether Paul might be a sociopath.

The episode drew criticism not only for its accusations of sociopathy but in its horror film-esque editing that appeared to treat people who have mental disorders in a negative light. After a heap of social media backlash, Dawson apologised, claiming he didn’t mean to offend anyone and that the whole situation made him feel “gross and shitty.”

Spreading conspiracies about the California wildfires 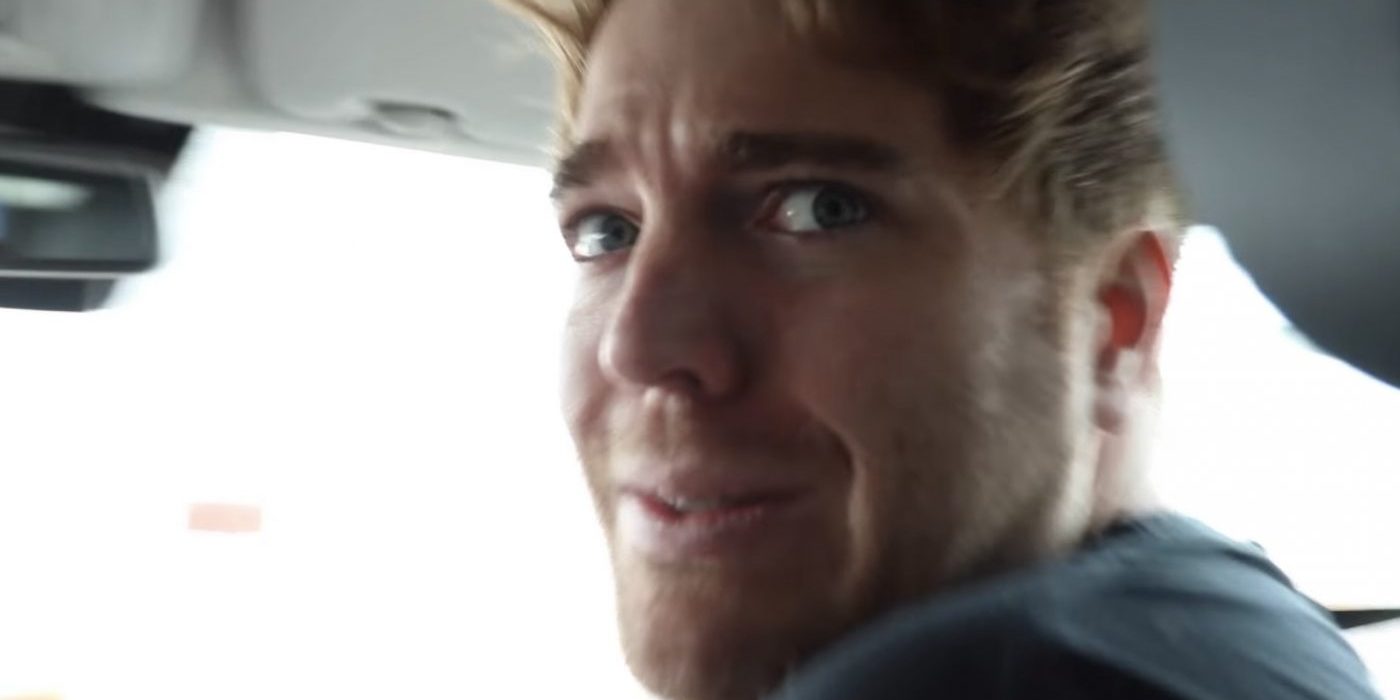 In mid-July to August 2018, a series of large wildfires erupted across California, mainly in the northern part of the state. It was part of the deadliest and most destructive wildfire season in California history. Dawson, in a two-part investigative series, posited a theory that the disaster was started by a directional heat device.

At one point in the video, he asks: “How does every house on the street catch fire except for one? What does that mean?” It turned out the theory was one of many thrown into the ether by a group that also believes the Clinton family are part of a demonic occult. Dawson did not respond to this outrage.

Saying 9/11 was a conspiracy

It wouldn’t be a true controversial list if there wasn’t a 9/11 denial, would it? Dawson added his two cents to the Truther movement in April 2016, saying the attacks were planned by the United States government. The video was subsequently demonetised by YouTube for one day. It came at a time when the platform was trying to cut down in misinformation thanks to the likes of far-right conspiracy theorists like Alex Jones.

A representative for YouTube said they were trying to change their algorithm so that it doesn’t suggest “borderline content or videos that could misinform users in harmful ways,” which included Dawson’s ‘inside job’ diatribe. When the New York Times reached out to Dawson for a comment, he didn’t respond.

Joking about TV becoming ‘too diverse’ 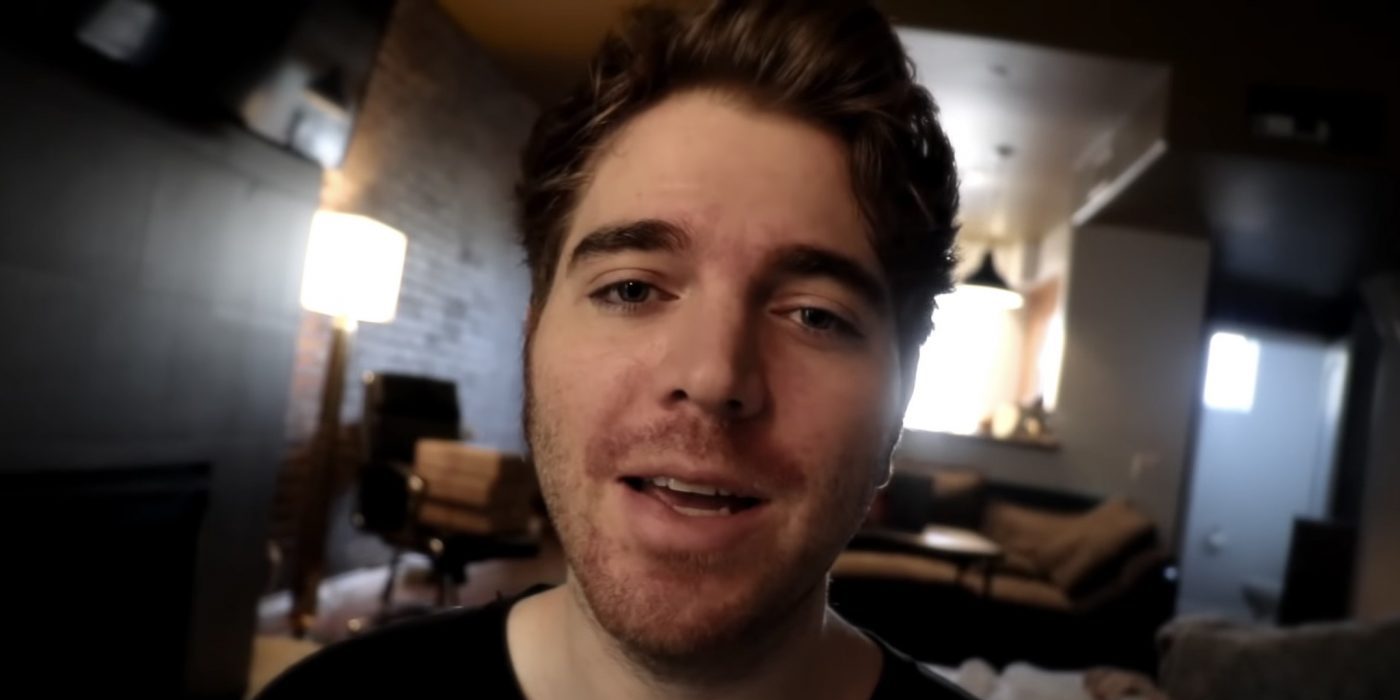 Identity politics is a hot, controversial topic in 2022. It makes sense, then, that Shane Dawson chimed into the discourse during its infancy. Way back in January 2015, he posted a thread of since-deleted tweets where he bemoaned the state of television’s attempts to create diverse programming. The first tweet featured a slur against the Latinx community. The second claimed networks are “getting a little too obvious in their ‘let’s get all the races!’ plan.”

Dawson deleted the tweets just an hour after posting them, saying that his previous tweets were “scrutinised” and he wished that “there were shows about all races.” In a further example of creator chaos, Dawson then deleted that tweet. 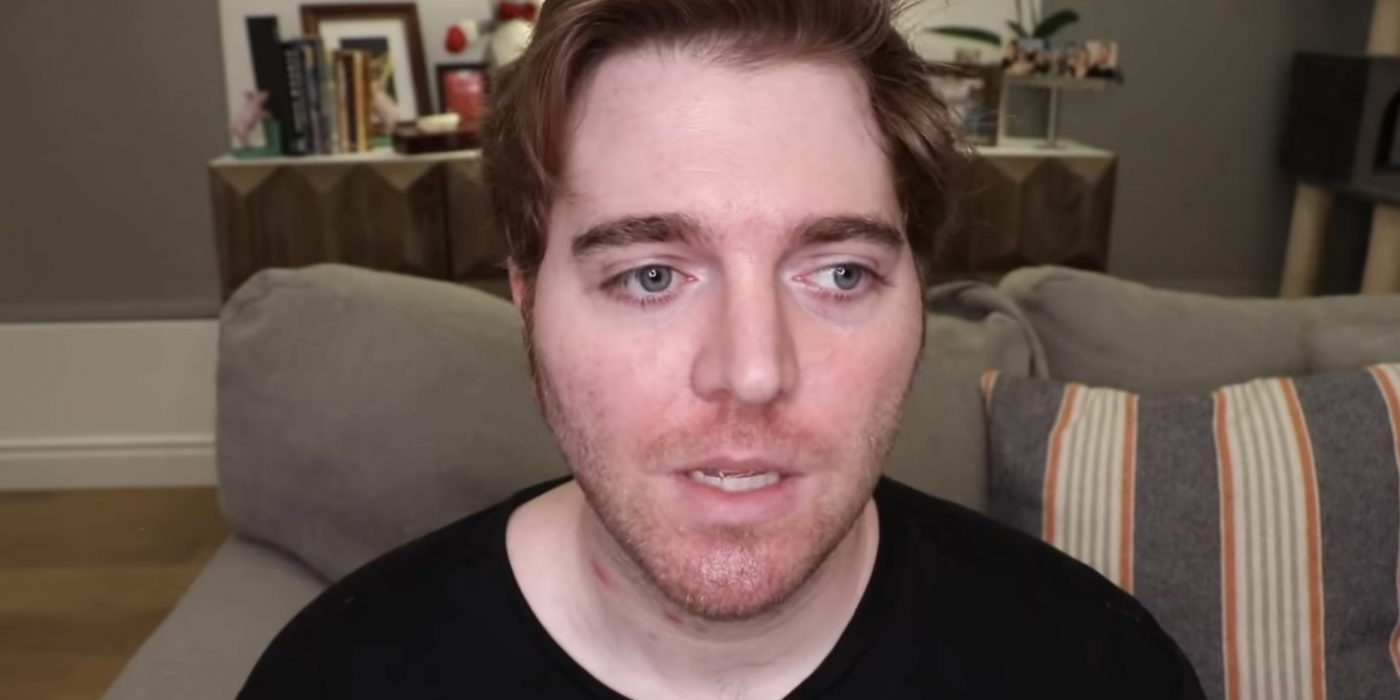 While most of us spent our 2020 going on runs, baking bread and watching TikTok compilations, Shane Dawson was clearing the air on yet another gaffe. This time, it was slightly less trivial. In a video titled Taking Accountability, Dawson apologised for his past mistakes, one of which included a clip of him performing lewd acts on a poster of then-11-year-old Willow Smith.

Smith’s brother Jaden said that he was “disgusted” with Dawson’s actions and that the video is “the furthest thing from funny and not okay in the slightest bit!” Smith’s mother, Jada Pinkett Smith, tweeted that she was “done with the excuses.” It remains one of Dawson’s darkest controversies.

Making perverse comments about his cat 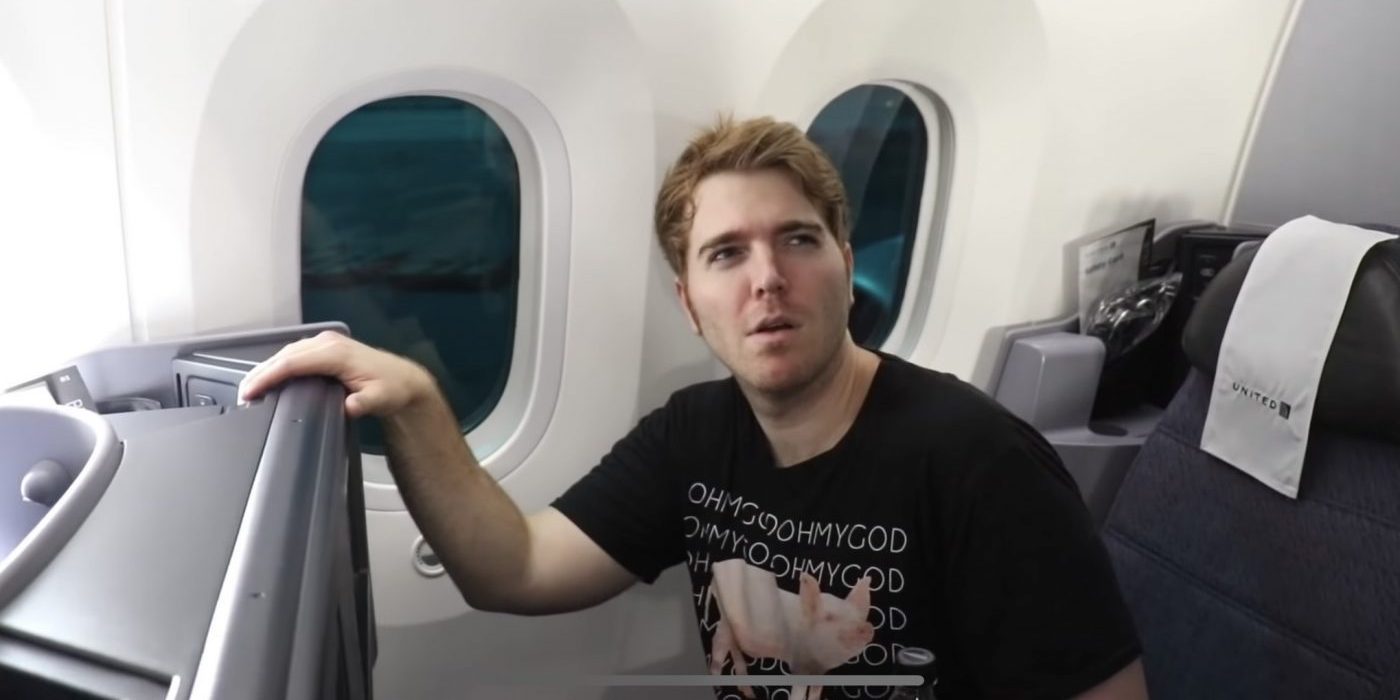 In early 2019, a clip from a podcast was unearthed where Dawson described his first sexual experience as being with his cat Cheeto. On the now-deleted episode of Shane and Friends, Dawson claimed that when he was 19, he laid his cat on her back, spread her legs and humped her “tummy”.

The episode was initially recorded in 2015. Only four years later did a Twitter user find the audio on Google Play Music. This transpired to be perhaps Dawson’s most public controversy, courting extreme criticism. Dawson later apologised in a tweet that began, “I didn’t f**k my cat.” 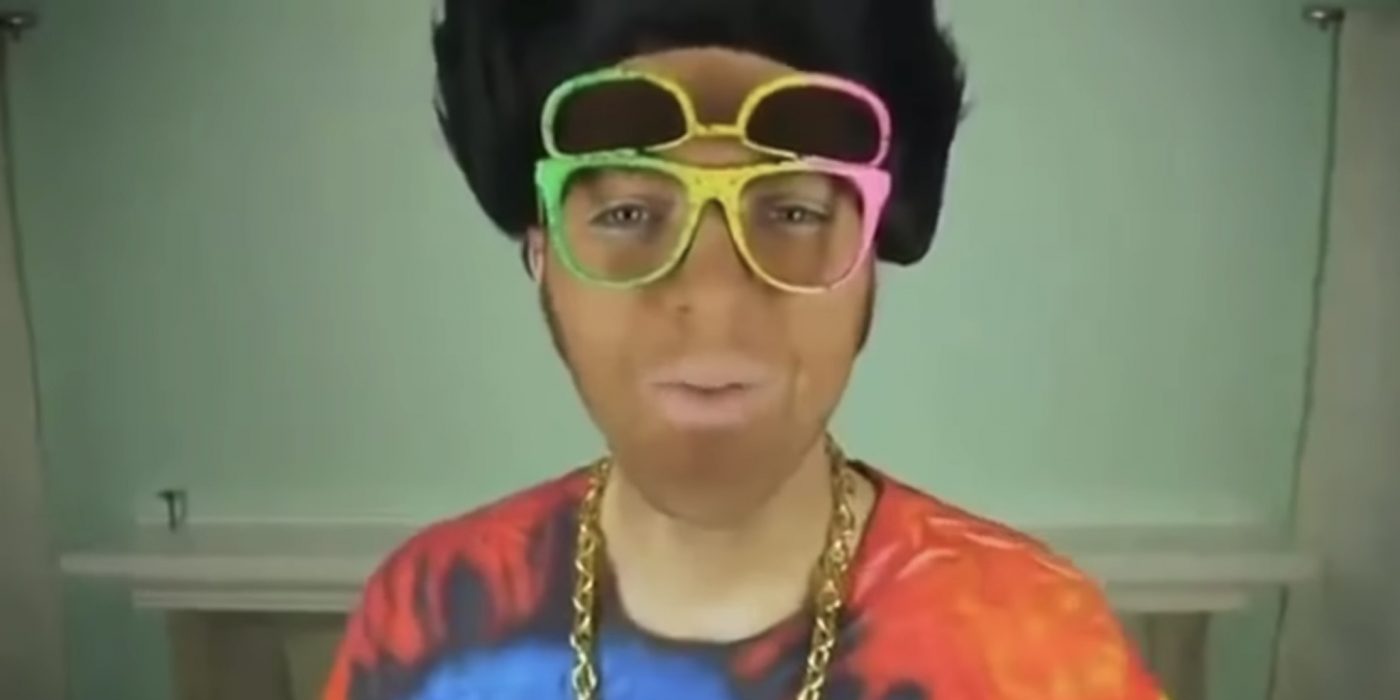 Prior to his huge success, Dawson’s YouTube content was made up of skit-like content featuring a variety of characters of different races. In one video about the concept of rumours, he played multiple Latinx women, one of whom was a maid in a romantic relationship with a dog and American TV host Wendy Williams. Upon gaining momentum on the platform, Dawson retired the character work and removed his earlier videos altogether. After being accused of blocking and ignoring comments eluding to his former blackface videos, Dawson first addressed the issue in a 2014 YouTube video.

He claimed his motive was to shock people rather than come off as racially insensitive. He promised to use the controversy as a “learning experience” about what not to do in the future and how to better handle condemnations. Dawson expanded on this in Taking Accountability, saying: “I was at least 20 when I started YouTube. I made the decision to play stereotypes of Black people or Asian people or Mexicans, or pretty much every race. I made that decision. I said, ‘Oh, this is funny,’ and I put it on the internet.’ Now, years later, I look back at that - when I say I hate that person, I mean it in the most intense way possible. That person was filled with sadness, filled with anger.” 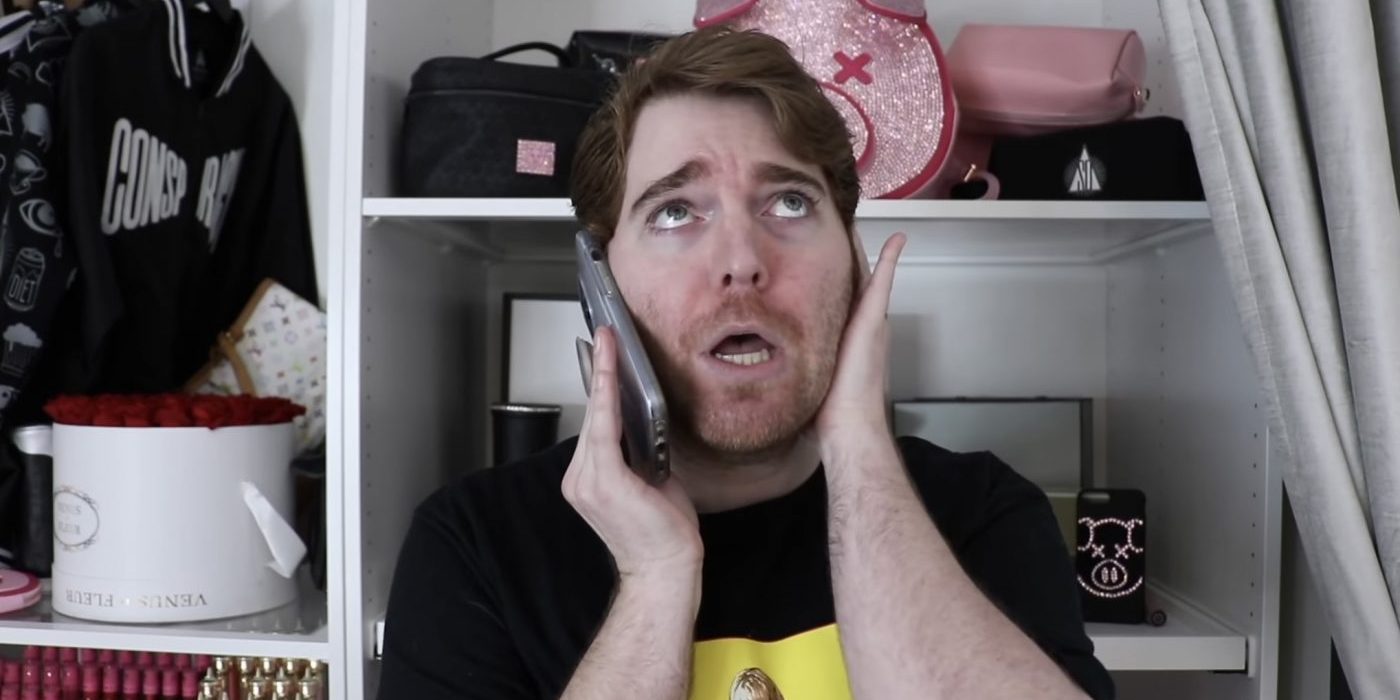 The longer this list goes on, the more you can’t help think Dawson actively seeks social media repercussions. In another episode of Shane and Friends from 2014, Dawson shared an anecdote about him meeting a 6-year-old fan that ended with him calling the child “kind of [attractive].” Dawson’s co-host shut him down immediately and moved on but not before he apparently linked paedophilia with a fetish.

In 2018 he apologised, telling fans, “I apologized countless times for my shitty offensive jokes. Instead of dragging me down, people should use me as an example of a creator who can change and better themselves and their content. I’m so proud of who I am today.” 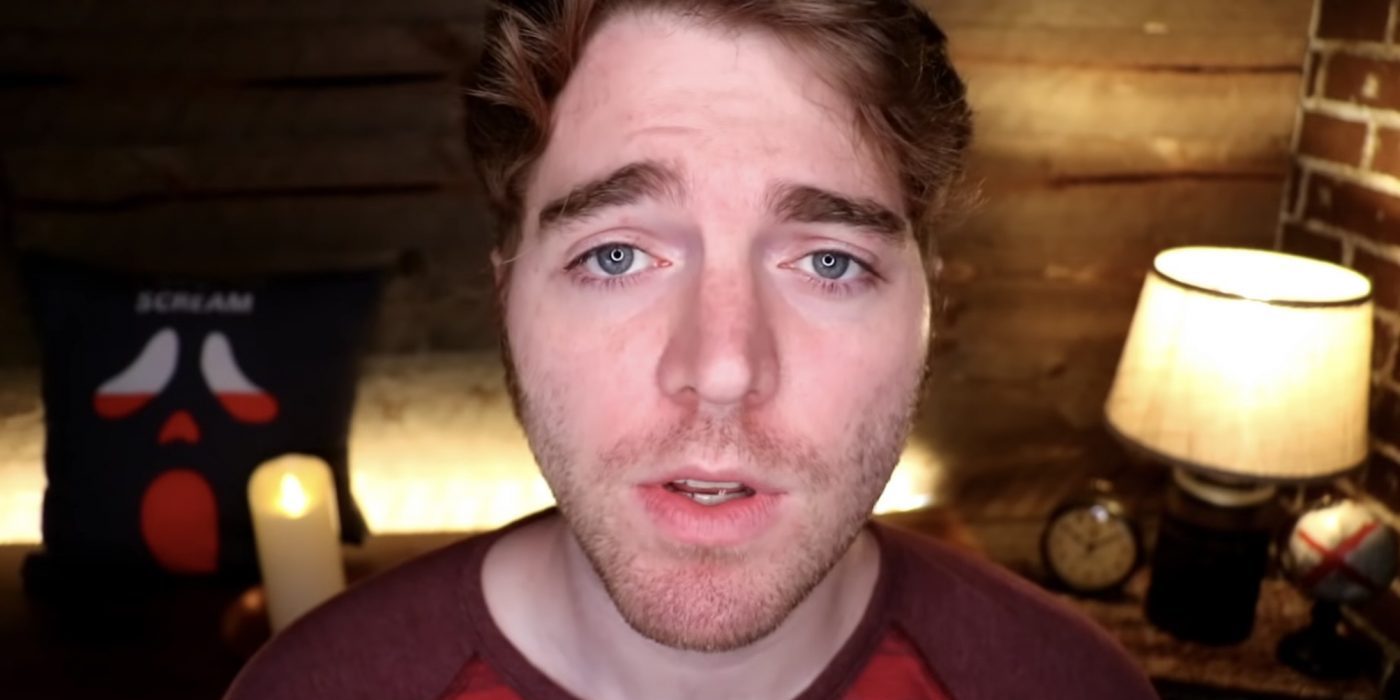 In his Jake Paul documentary, Dawson attempted to find out whether the claims of Paul being racist had no truth or foundation. YouTubers the Martinez Twins alleged that while they lived with Paul as members of Team 10, they were subject to racial slurs, evening having their rooms trashed on several occasions.

Paul said the moments were “lightly scripted” pranks in an interview with Dawson and that he was used to a “locker room” style of messing around thanks to a relaxed upbringing. Dawson was criticised for going too easy on Paul, who didn’t appear to show any remorse for using racial epithets against the Martinez Twins, which he insists were said in jest.