This article contains some distressing images of animal cruelty.

The annual Yulin Dog Meat Festival in China is no exception. This controversial festival sees 15,000 dogs beaten, tortured and killed for their meat over a ten-day period. 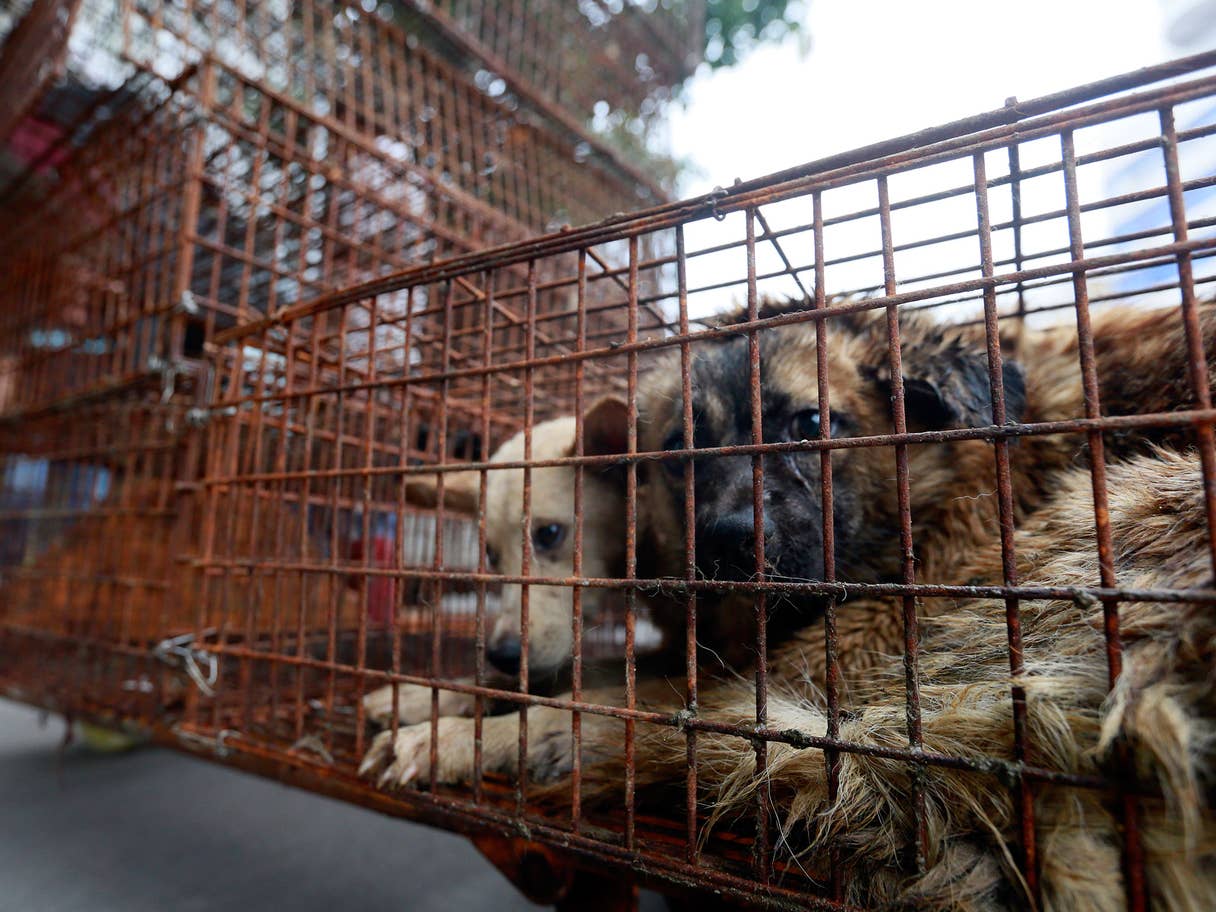 The Yulin Festival is currently underway with animal welfare activists calling for a ban on the festival, after footage was leaked showing dogs being killed with blow-torches. The festival began in 2010 in the province of Yulin as traditional folklore believes that eating dog meat and lychees helps to stave off heat in the summer months. However, many people feel the festival is about little more than animal cruelty!

Prior to the festival’s founding, China had no recognized tradition of eating dog meat in the city of Yulin. But China does have a dog and cat meat industry, despite the majority of people in China refusing to eat dog and cat meat. Approximately £10 million of dogs are sold for their meat annually with criminal gangs stealing much loved pets to sell on as dog meat.

In response to the Yulin Dog Meat Festival, 1.5 million people have signed a petition to place a ban on the cruel festival that sees so many animals beaten, tortured and killed every year. The petition was started by activist agencies Care2 and Humane Society International in response to the horrifying practices involved in animal cruelty during the festival.

Claire Bass, the executive director of charity Humane Society International UK, said it was time to end this cruel tradition. In a statement, she said:

“The dog meat trade in China is first and foremost about crime and cruelty.” On the dog meat trade at large, she said: “The Yulin festival is one small but distressing example of an unspeakably cruel trade run by dog thieves and sellers who routinely steal pets in broad daylight using poison darts and rope nooses, defy public health and safety laws, and cause horrendous suffering, all for a meat that most people in China don’t consume.” 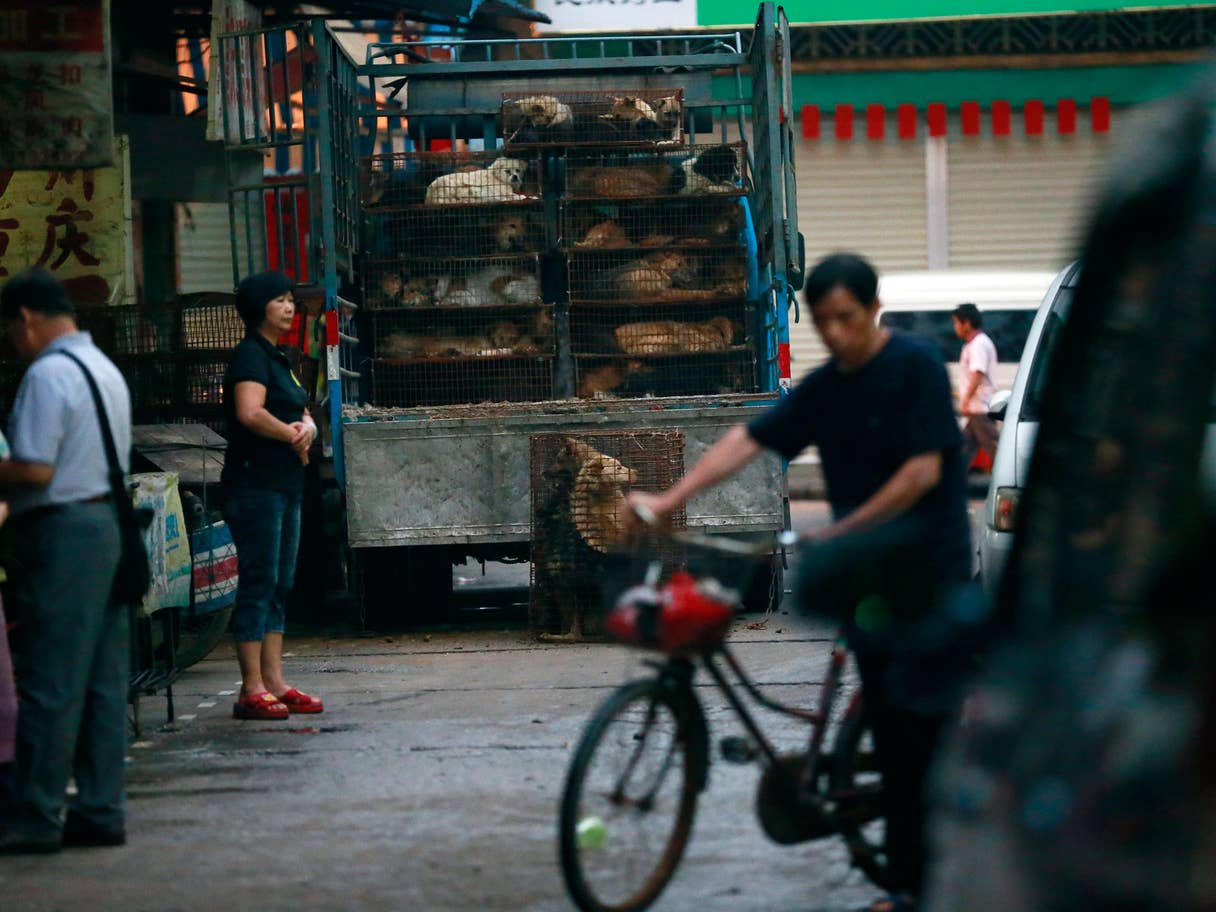 Many of the animals sold as meat in the Yulin Dog Meat Festival are assumed to be strays or stolen pets snatched from the streets, according to HSI. The animals are kept in pens inside the city and are subject to mistreatment and cruelty prior to being slaughtered inhumanely for sale at the meat markets in Yulin.

The petition has gained the support of numerous celebrities as well as international charities and animal rights activists.

British actress and dog-lover Dame Judi Dench gave her full support to the campaign to end the Yulin Dog Meat Festival. In a statement against the festival, she said:

“It fills me with sadness to think that the Yulin Dog Meat Festival is just around the corner again. So I wanted to send this message as a symbol of my solidarity with all the thousands of people in China against the dog meat trade, who love their dogs and cats just as much as we do, but who go through the awful heart ache of having them stolen by dog thieves. I cannot imagine the suffering of those poor dogs, and I hope very much that one day soon this cruel trade will end.” 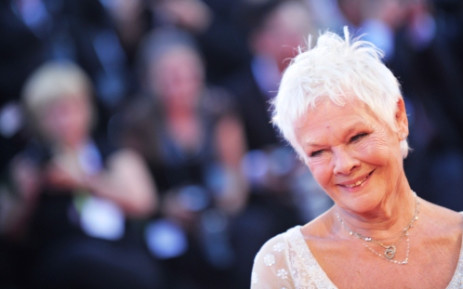 Other celebrities to support the petition to end the Yulin Dog Meat Festival include Ricky Gervais and Simon Cowell, who has made large donations to shut down the dog meat industry.

The petition with its 1.5 million signatures and Dame Judi Dench’s statement was delivered to the Chinese Embassy in London at the start of the Yulin Festival.

The RSPCA’s International department is also involved in calling for an end to the festival. Head of RSPCA International Paul Littlefair said that although the Chinese law on the sale of dog and cat meat is yet to be changed, there is growing opposition to the dog meat trade and to the Yulin Dog Meat Festival. Activists are hopeful that the festival will come to an end soon.

“The Yulin Dog Meat Festival is one of the high-profile reasons why the RSPCA is working closely with the Chinese authorities to help address animal cruelty.”

Five days before the start of this year’s Yulin Dog Meat Festival, Chinese activists rescued 62 dogs from a slaughterhouse in Yulin. The animals are now being cared for by HSI at an animal shelter.