Are TikTok and Douyin the same? What’s the difference? 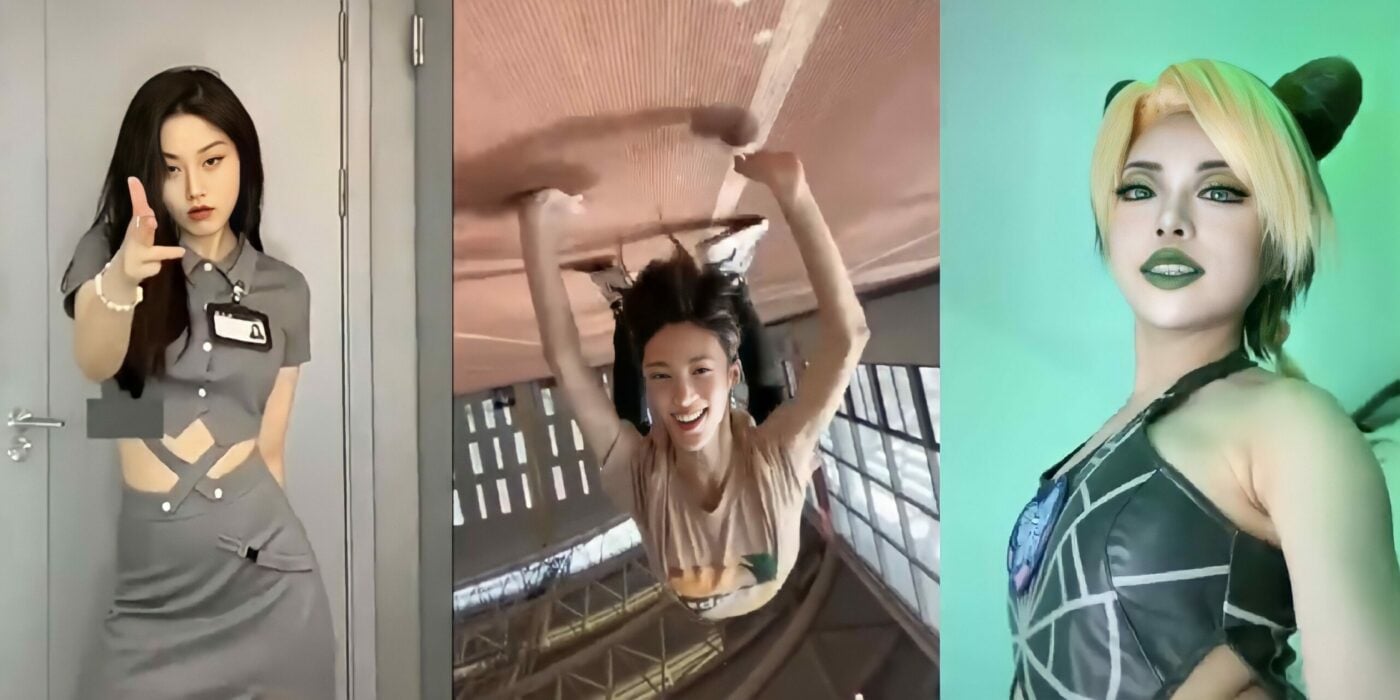 TikTok, one of the fastest-growing video-sharing apps, if not the fastest in general, has an odd quirk that distinguishes it from the likes of Snapchat, Twitter and Facebook. Despite being owned by the Chinese tech giant ByteDance, the platform is banned in China. Searching in the Chinese app store brings up Douyin (抖音) instead, a similarly popular app that is completely unknown in the West.

Douyin is almost identical to TikTok in an aesthetic sense. Both apps function the same, relying on an algorithm to recommend content to users on the “For You” page. This means videos appear without users liking or sharing the content.

But what are the other differences, besides geography? There are a good few beyond mere quirks of the interface – some of which may make you want to book the next flight to mainland China and become the next big Douyin star. Others, however, may lead you to feel luckier than ever about the TikTok we have.

What’s the difference between TikTok and Douyin? 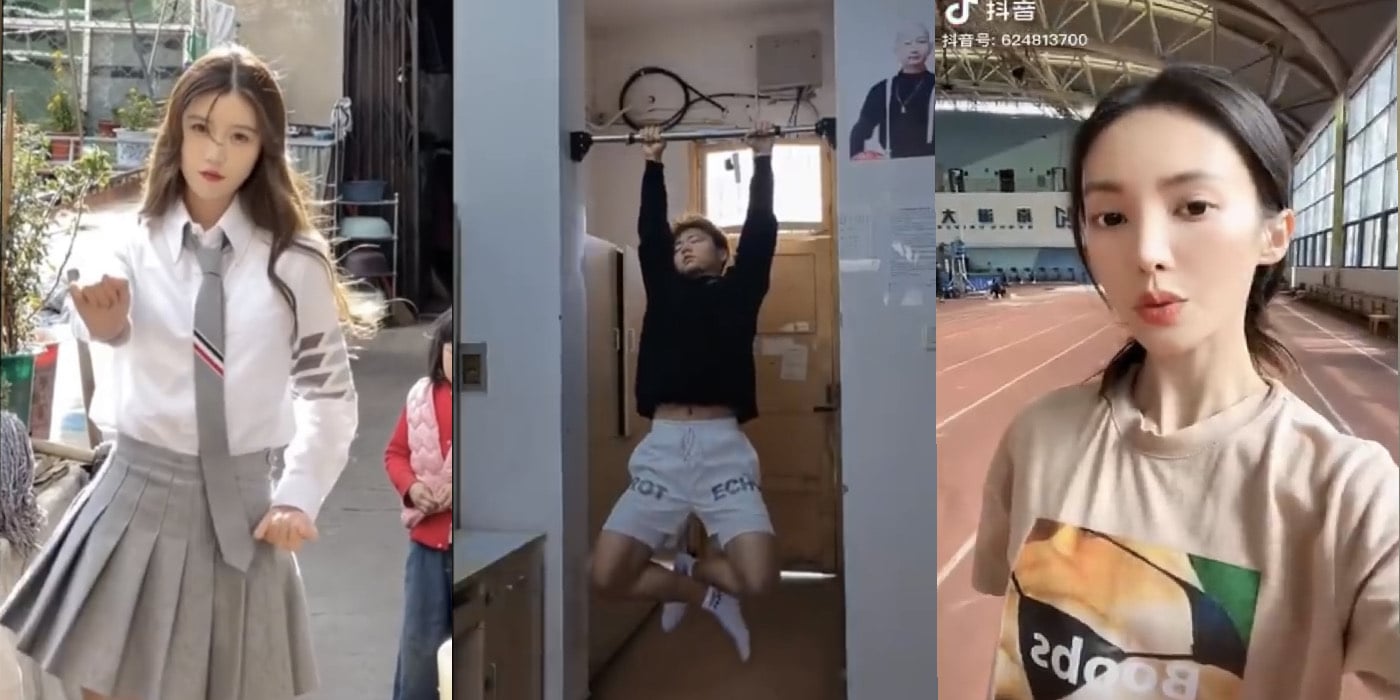 Okay, so one’s popular in the West, the other’s popular in China. They both look the same and they both operate as short-form video-sharing apps. What separates them?

A big difference between the two is what constitutes a popular post. On Douyin, the most popular posts are based on comedy or animals while TikTok prefers artistic videos featuring lip-syncs and trending dances. Douyin videos have less of a personal touch than TikTok, with most having a computerised voice narrator.

TikTok creators often narrate their own videos, allowing some, such as Charli D’Amelio and Addison Rae, to flourish as celebrities. What’s more, many part-time singers, rappers and dancers have become famous through TikTok. That isn’t to say Douyin hasn’t had its stars over the years, though the most popular profiles on Douyin typically had big fanbases before joining the app. Micheal Chen, for example, has 72 million followers on Douyin, but made his name as an actor prior.

A remarkable difference between the two is how, within three taps, you can buy a product featured in a Douyin video. You can book a stay at a hotel after watching a video shot there. You can take virtual tours of a city’s shops and restaurants, even get coupons for those establishments. Later on, you can post geo-tagged video reviews. You could say Douyin is an even better marketing tool for brands than Tik Tok.

Are children allowed on Douyin? 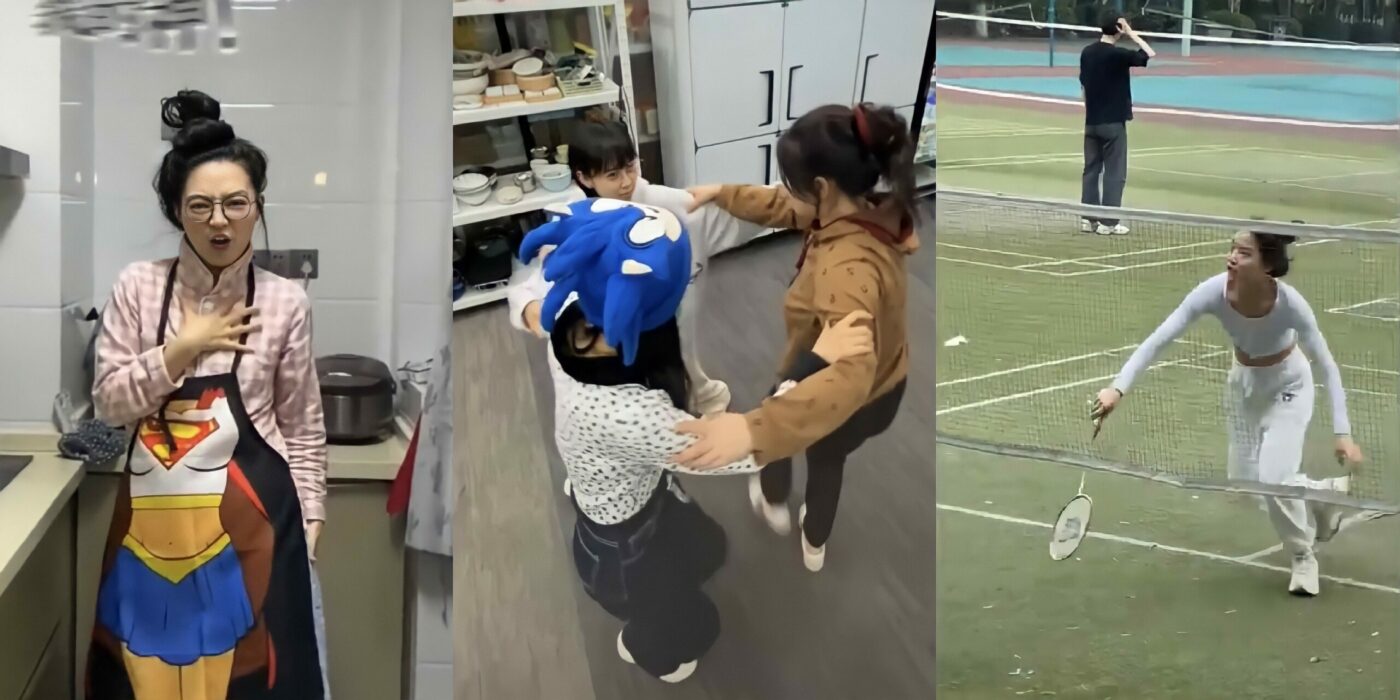 As we’ve covered before, TikTok’s approach to underage users is contentious. While there are parental control options (you can sync your child’s account to yours and monitor their viewing habits), it’s still possible for mature content to slip through the cracks and find its way onto a younger person’s “For You” page.

On Douyin, children’s time is limited to 40 minutes per day. Any user under the age of 14 is automatically entered into a “youth mode” that also bans them from using Douyin between 10pm and 6am. These restrictions came amid a push from the Chinese government to cut down on the time children and teenagers spend online.

In August 2021, government regulators banned minors from playing video games on school days and limited weekend use to just one hour a day. The media, which is state-run we should add, slated video games as “spiritual opium” that threatened to “destroy a generation.”

In order to enforce these changes, China had to push game developers and social media companies to require all users to link their real names to their accounts. In the announcement of its “youth mode,” Douyin encouraged parents to “help their children complete real-name authentication.” So yeah… a tad more strict.

Is anything else banned from Douyin? 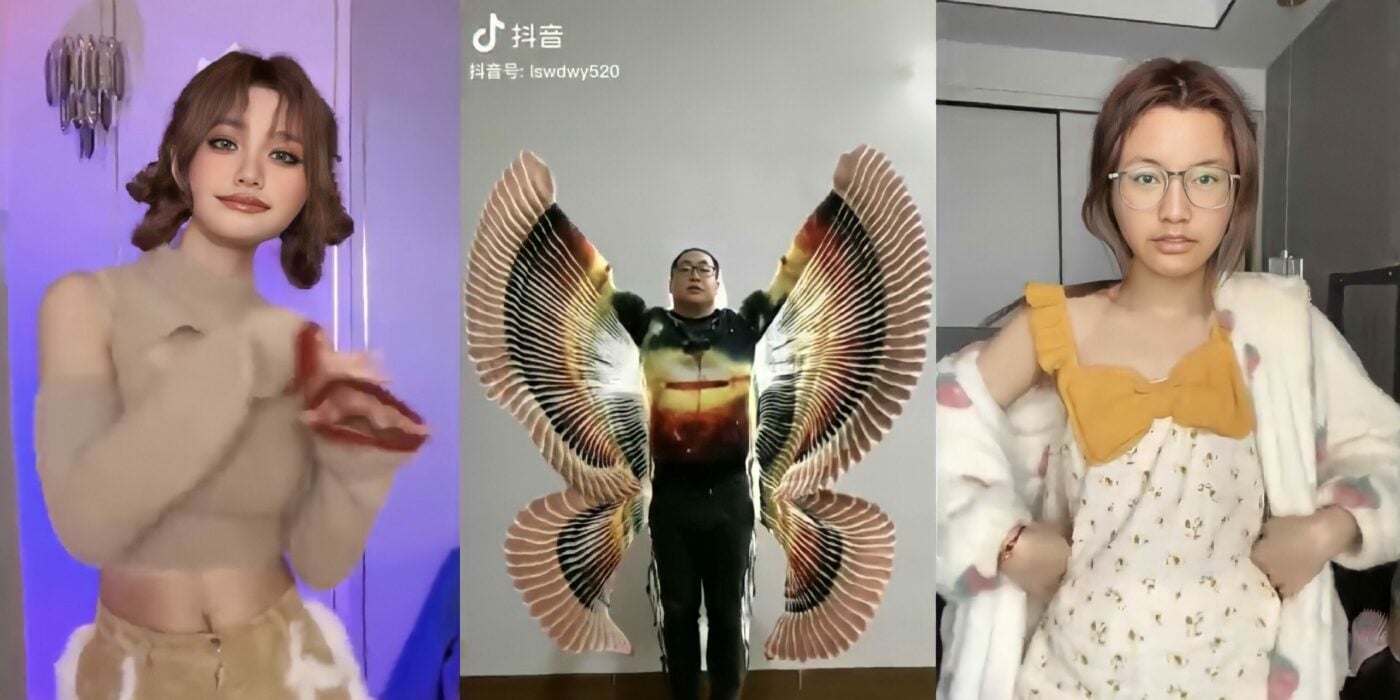 While TikTok accommodates and rewards its top creators when they hit the big time, Douyin does things a little differently. Parading wealth, for example, is banned from the app. So don’t go around throwing wads of cash into the air

Last March, Douyin said in a statement that six types of content including “flaunting wealth” were to be banned on the platform as they promoted “unhealthy values.” These laws followed the introduction of livestreaming regulations that flagged wealth-flaunting as an issue, as well as the government’s recent call to spread more “positive energy” online.

These categories also include promoting money-worship, using minors in videos related to luxury products, and “showing off one’s social status in an inappropriate way,” which included “making fun of the poor.”

On top of that, making up stories about relating to your success - going from rags to riches or returning from studying abroad - to better sell products or deceive users was another banned category. In order to get the message across, the statement included descriptions of prohibited content that resulted in deleted accounts like imagery of airborne cash. Seriously, if you’re a Douyin user, just keep the notes in your pockets. 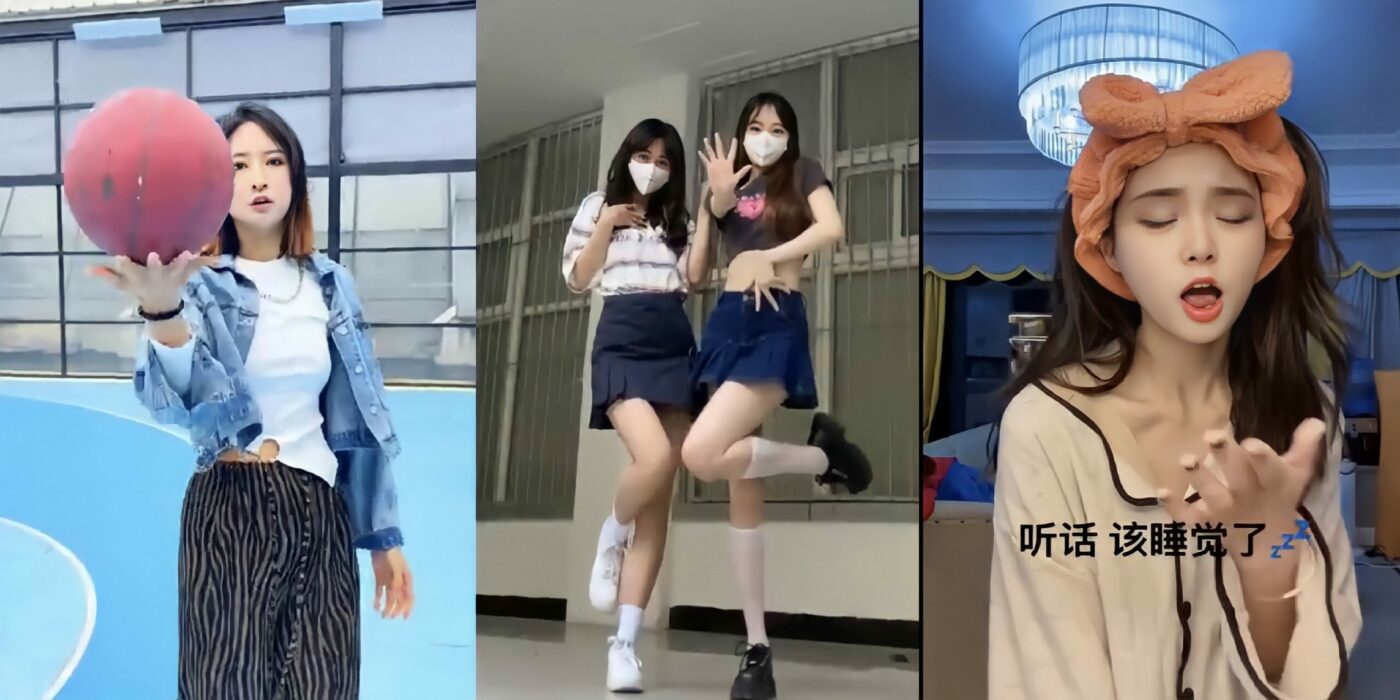 In April 2020, TikTok cooperated with mainland China’s Internet censorship mechanism and began to ban the use of overseas versions of Douyin on the mainland. Hong Kong and Macau were not affected.

In January 2021, China’s blocking measures on TikTok were further upgraded, as well as the increased monitoring of cracked versions of TikTok. Measures such as node blocking and IP blocking were also adopted to interfere with the normal watching of videos by mainland users. After a few videos, users would have to re-enter the software to continue watching.

Is livestreaming big on Douyin? 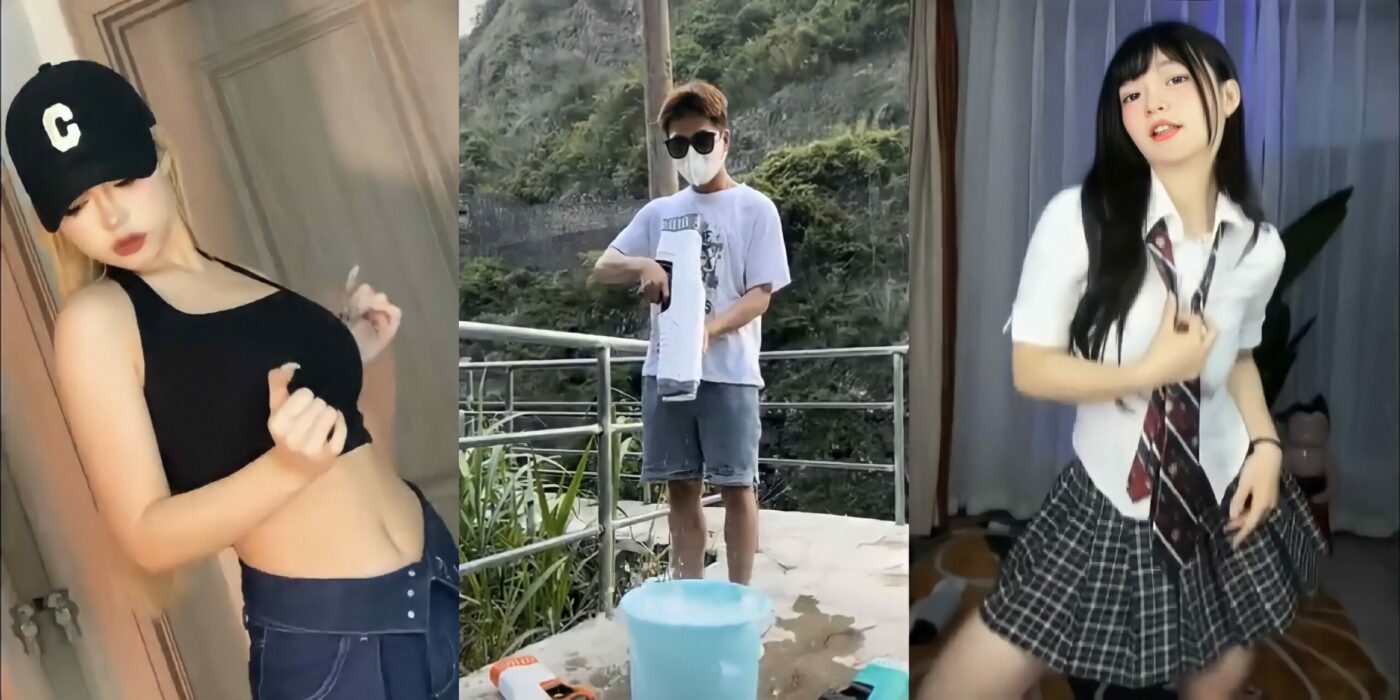 What? That fad on Facebook from 2017? That’s still going right now? You may have thought Facebook Watch was the first and last social media platform to fully run with livestreaming. Well, over in China anyway, it’s all the rage. Douyin users just cannot get enough.

Livestreaming is a very popular trend in the Chinese e-commerce industry and has since struck a chord with Douyin users. To find it, click the small TV icon on the top left corner of the screen. The page mainly features small businesses looking to build brand awareness, promote content and sell products.

Users in an embedded Douyin shop as opposed to being taken to another site. As a result, livestreaming, KOL marketing and in-app purchases compliment each other.

Don’t worry, livestreaming is also available on TikTok, though it’s more hidden due to its unpopularity. It’s also pretty easy to do on Instagram. But you’re not here for boring old Instagram are you?

Can Douyin influencers work with brands? 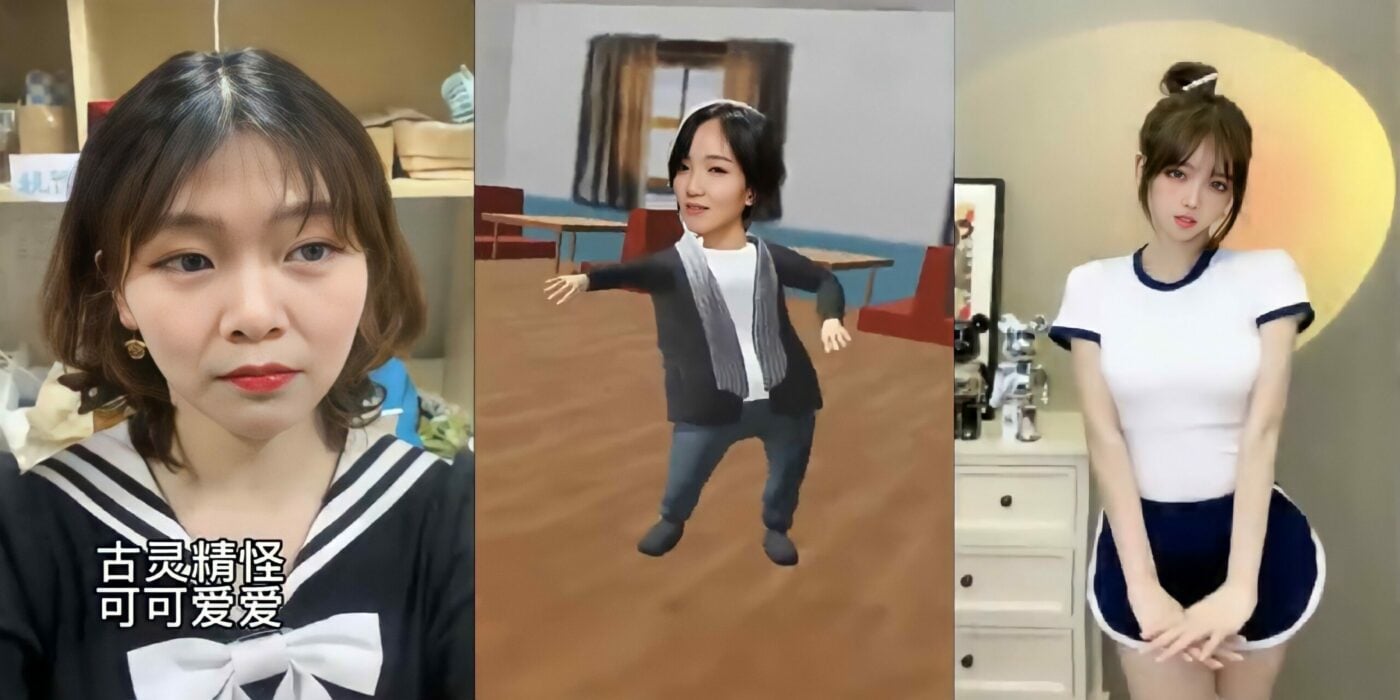 Just like most social media platforms in and beyond China, influencers can work with companies to promote their products or brands. But it’s not as simple as it may be on TikTok. Douyin likes to have control over the products being promoted and have their own share of the money being exchanged.

There are then two options for working with brands. And pay attention if you’re wanting to do this on Douyin, as trying to get around either of these will likely result in your account being blocked. The first is Starmap, which links influencers to brands. Only influencers can sign up to Starmap (on Douyin, an influencer counts as someone who has over 100,000 followers).

“In order to set up a Starmap account, you need to submit a phone number and the details of your Alipay account, so you can withdraw your earnings from Douyin later on,” Wiktoria Marszałek writes. “After you sign up with Starmap, your account data will be available to brands that may be interested in working with you. This data includes an analysis of your content, the demographics of your followers, and the interaction rate, etc. You will be basically included in a big catalogue of Douyin influencers that allows brands to find the most suitable ambassador for their products.”

The other option is to sign a contract with an MCN (Multi Channel Network), an influencer ecosystem that will manage you, your content and your accounts. If you have a huge following, it’s likely that you’ll be contacted an MCN. Be prepared though, there are plenty of crooked agencies waiting to leave you worse off, if not confiscate your account altogether. Some warning signs to look out for: long cooperation periods (up to five years), very high contract-cancellation rates or violation fines (over one million CNY), and taking over ownership of your account.