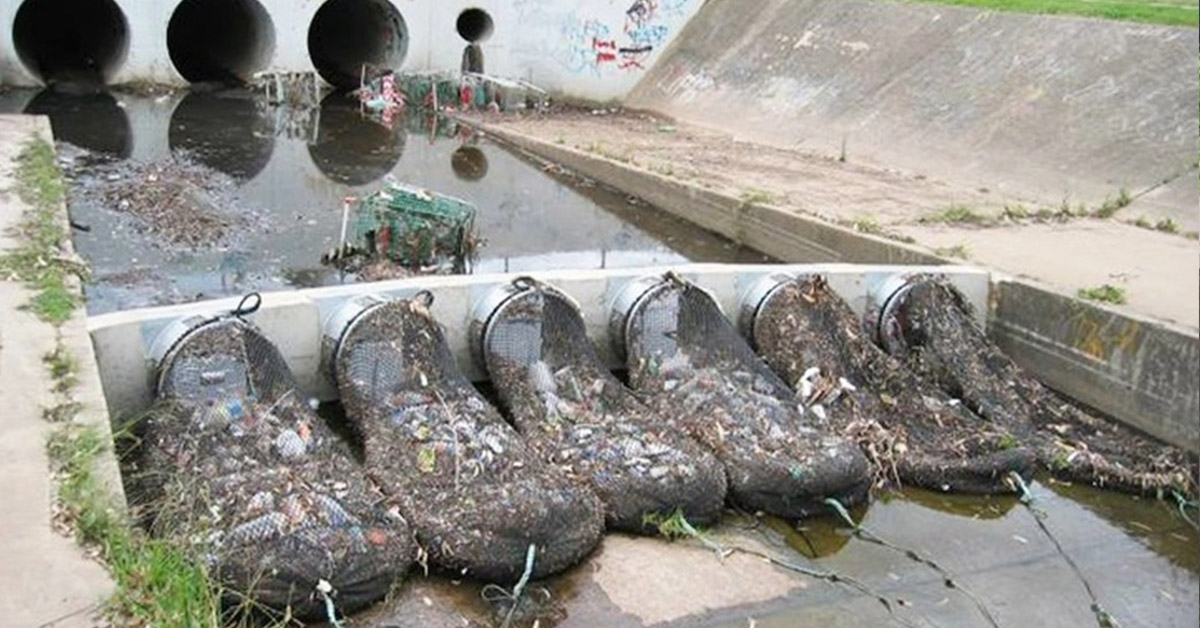 We all know how big a problem plastic waste is for the environment. What’s not so clear is what exactly can be done about it. A lot of effort has been poured into prevention – i.e. reducing the amount of plastic bags and containers that people use. But what can we do about the stuff that’s already been used and thrown away?

Well, a company in Australia have had a genius idea that has now been put into practice, and the results are amazing.

This past summer authorities from the city of Kwinana, Western Australia, installed a new filtration system in the Henley Reserve, which is simple but incredibly effective. Both the government and the citizens have already seen the benefits of using it.

Let’s explore this brilliant invention in a little more detail.

It consists of a net that is placed on the outlet of a drainage pipe which helps to catch large debris and protect the environment from contamination, while still letting the water flow freely.

These pipes drain water from residential areas to natural areas and the trash and litter from these places can be overwhelmingly harmful to the environment.

Moreover, this trash is usually washed away by heavy rains, which means that it gets pulled down to the drainage systems.

The city authorities started their experiment by installing 2 nets, and were amazed at the results. Their new filtration system managed to catch more than 800 pounds of garbage within several weeks.

They were so pleased with the results that they have now decided to install these litter “traps” all over the city to minimize the pollution and harm to the wildlife and surrounding environment.

These aren’t just any old nets – they’re made of very robust, durable materials, and their installation and manufacture of these nets cost a fair bit of money (about $10,000 each).

Still, it’s well worth the investment. As well as being effective at the job it’s doing, the new system will also save on labor costs in the long term. After all, think of all the people and hours it would take to remove that stuff manually.

The new system is just the first step in the process. When the nets get full, they are then lifted and the trash is thrown into special garbage collecting trucks and transported to a trash-sorting center. There, it all gets separated into non-recyclable and recyclable material, which then move on for further processing.

The nets are then placed back on the drainage outlets and continue doing their work, as you can see below:

If we’re going to win the fight against plastic pollution, it’s going to take personal responsibility, along with ingenious inventions like this. Here’s hoping that similar solutions are adopted around the world as soon as possible!