Bolivian car thieves are broadcasting their heists on TikTok 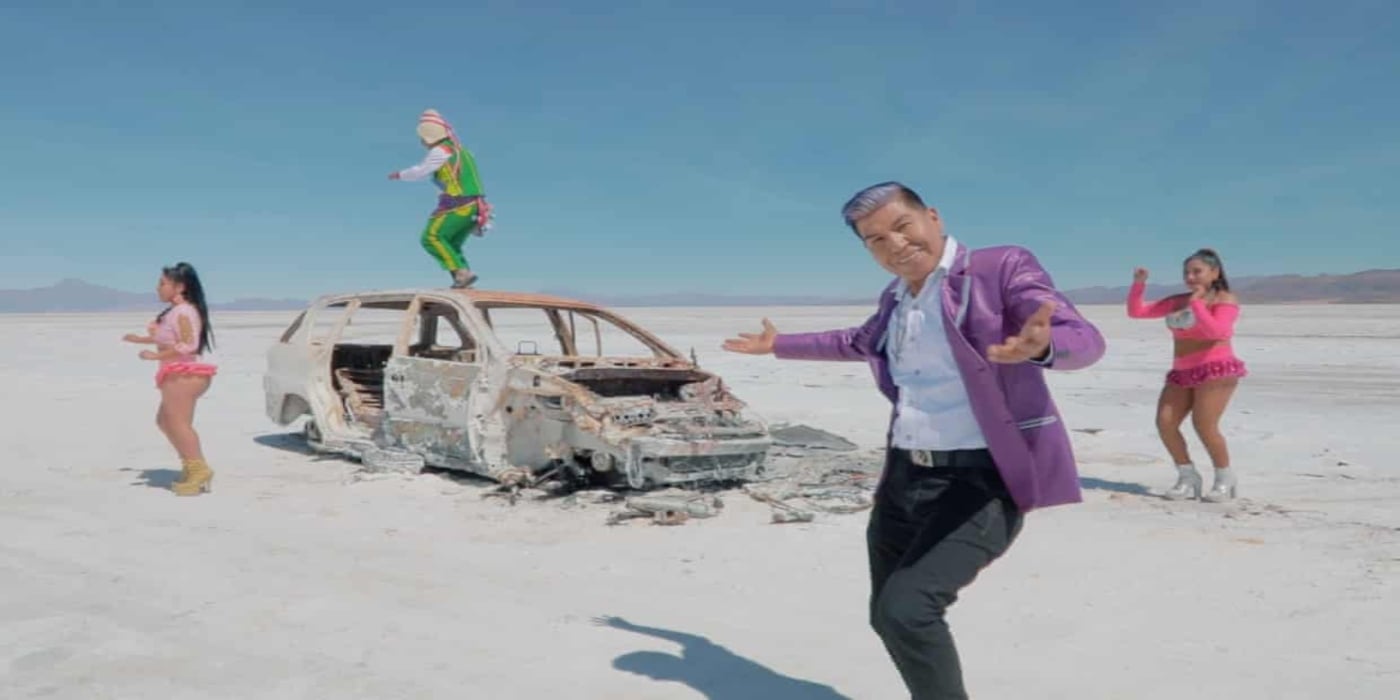 A lot of towns change in sight and sound come the weekend but none quite like Challapata. Visit this stretch in the Bolivian Oruro region with its 8,000 person populace on any weekday and you won’t witness much. Visit on Sunday and you’ll see it with the lid off.

Out of nowhere, the town’s main square will fill with Japanese cars. These are chutos or contraband cars, almost none of which have license plates. The majority are shipped from Japan to a Chilean free port called Iquique, then smuggled in. Around 25,000 chutos enter Bolivia per year. They cost around half or potentially a third as much as a legally imported car.

This is nothing new. The phenomenon dates back to 2008 when the government banned imports of cars older than five years. What distinguishes 2008’s chuteros with 2022’s, however, is social media. Today, the rest of world — if not Bolivia —  is likelier to be acquainted with chutero culture thanks to TikTok exposure, where boy racers film themselves drinking and zipping across the salt flats. The clips are often set to their own chutocumbia music genre, in which singers lament the struggles of living in poverty.

One song, Simon Latorre’s ‘Chutero Yo Soy’, is now synonymous with the trend. While Latorre is actually Peruvian, he was introduced to chuteros and chutos through a Bolivian friend. “He would go bravely into the night, and come back with his cars,” Latorre told the Guardian. “Then he would go out again. He didn’t even have time to sleep. Such is the sacrifice he had to make. Sometimes he would say he’d had problems, that he’d run into the army, they’d opened fire, things like that.” 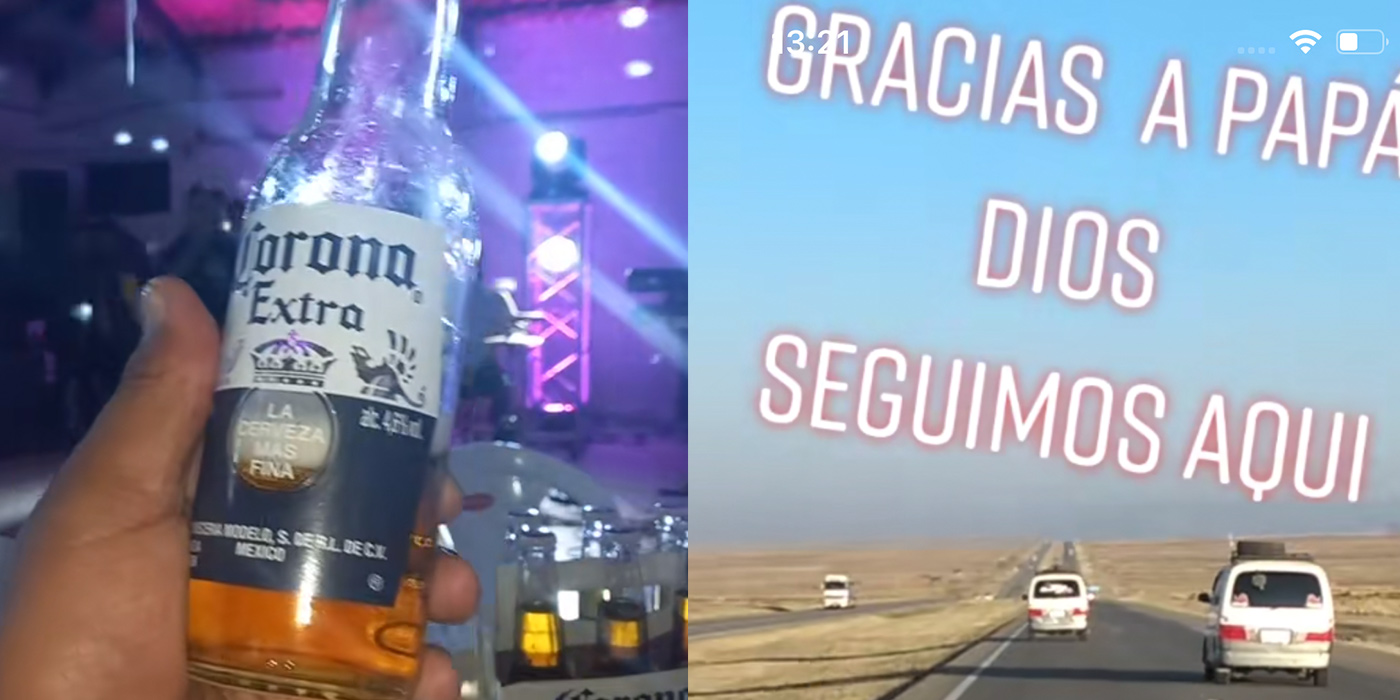 Latorre’s ode to the culture became so successful, he landed himself a gig in Challapata. “What a welcome,” he said. “Honestly, I didn’t know Challapata before that, but when I went to perform loads of people turned up, and they knew my songs and sang along. There’s nothing better as an artist.”

The risks are real. In early 2019, Bolivia announced it would install 19 military checkpoints along its border with Chile, and another six along the border with Peru. Later that year, Chile’s government sent troops to its borders with Bolivia, Peru and Argentina to combat criminal gangs dedicated to cross-border crime.

Now you might be wondering what authorities have been doing in the past three years, or rather what they haven’t. Well, despite the clear resistance from the government, things can work a little differently in Bolivia. Firstly, the border is long, and getting these bangers into the town isn’t as hard as it may be elsewhere. Secondly, the country is poor, which means it’s easy to pay yourself out or into a situation. Smugglers say they pay $100 a car for border guards to turn a blind eye. It’s possible for police who catch a chuto inside Bolivia to be bribed on top of that.

Is Latorre worried about the bad press? “I sometimes worry that the Bolivian authorities might turn against me,” he says. “Asking why Simon is singing these songs dedicated to chuteros. But I’m just a songwriter — I don’t do this work myself. I hope that’s how the authorities see it. 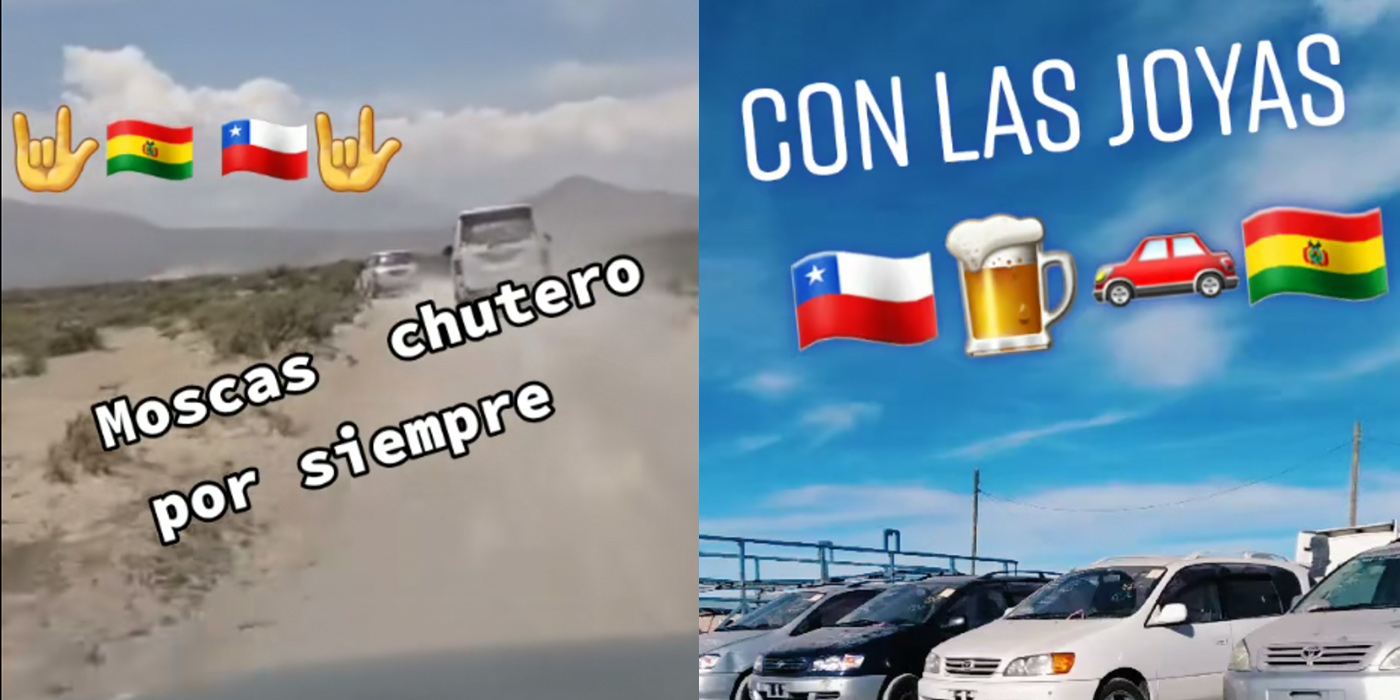 The chuteros on TikTok certainly don’t seem worried. Most are happy to show their faces. Some pose next to their chutos like they were brand new models. TikTok may flag the videos with a “participating in this activity could result in you or others getting hurt” disclaimer but there is a striking lack of violence or aggro across these clips. These men, and is it a predominately male culture, don’t fit the gangster tag. They’re young, very normal-looking teenagers and the text stamped over their content is optimistic, grateful. “Thanks to God we are still here,” one reads. A few don’t feature the cars, showing instead six packs of corona being supped in front of live music.

Though a lot of chutero users average between four- and six-thousand followers, the chutero hashtag boasts 4.9 million views. It’s easy to imagine that doubling in the near future.