Boy Sneaks Into Sister's Room. What The Hidden Camera Reveals Even Surprises Her Parents.

Boy Sneaks Into Sister’s Room. What The Hidden Camera Reveals Even Surprises Her Parents. 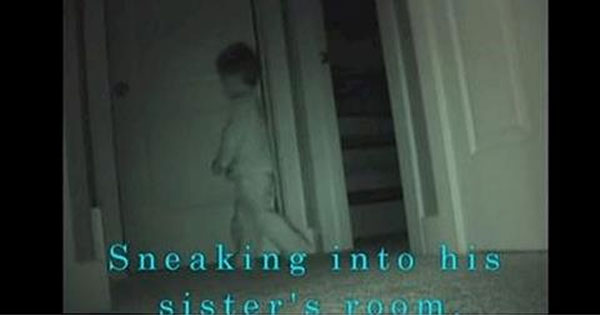 Having a sibling is an incredible blessing that only gets better as the two (or more) of you age together. As you get older you spend more time doing the things both of you enjoy, you are able to have serious conversations about life and share secrets without the fear of mom and dad ever finding out. You have matured enough to share, talk things out when you are angry with each other and have finally learned to keep your hands to yourself. For the most part anyway. It all comes down to compromises and understanding each other.

That isn’t so easy when you are small. Things seem much more unfair and they (you swear) are always getting the better end of the deal. Your parents never see your side and your sibling often times gets away with whatever they decide to do to torment you each day. Eventually, you learn to fend for yourself. You practice survival skills, figure out how to be sneaky, stealthy and scrappy. It’s the only way to get out alive.

That’s what this little boy does in the video. He has the sneaky survival skills all figured out. At one point, he picks a lock with a pair of fingernail clippers! I don’t think I could even do that. Did I mention this little boy is only two years old?

He is being called the Bedroom Bandit. And for good reason! This kid is good!

His parents began hearing him in the middle of the night and wondered what he was up to. After hearing their son out and about several times, they decided to do what any decent parent would. They set up a camera. Looks like sneakiness runs in the family!

Watch this little boy sneak into his sister’s room. I promise you will be overwhelmed with laughter!