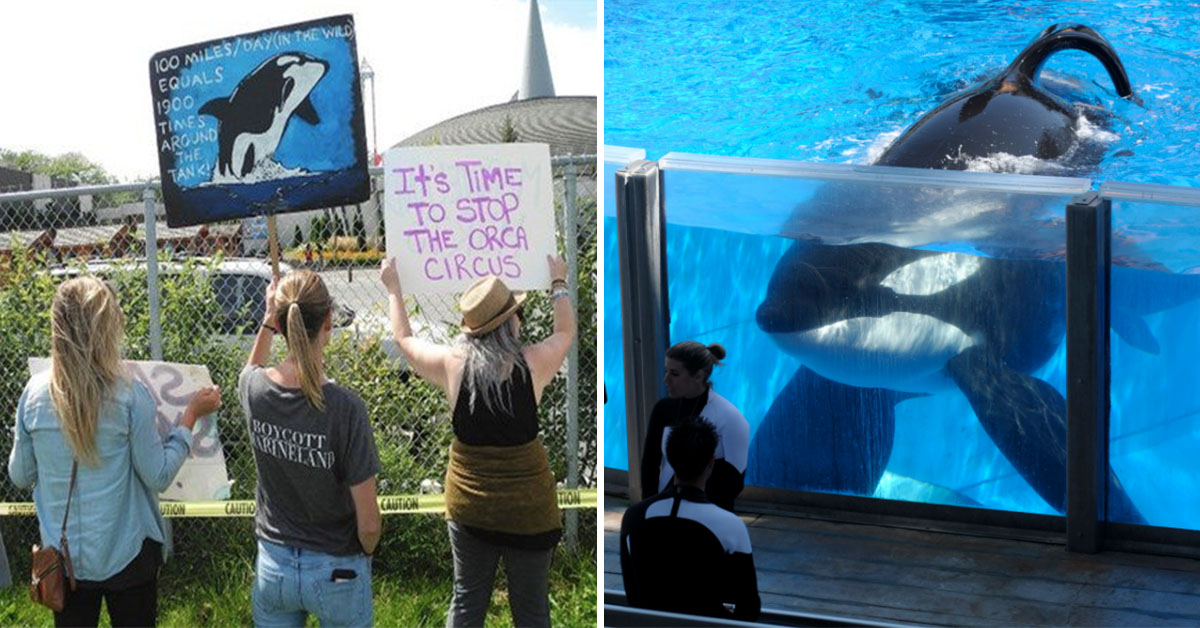 Canada’s House of Commons has just passed a bill which will make it illegal to keep whales, dolphins, and porpoises in captivity with a hefty fine of up to $150, 000! In a great step forward for animal rights, bill S-203, known as the Ending the Captivity of Whales and Dolphins Act, was finally passed by the Canadian House of Commons.

The bill successfully passed it’s third reading in the House since it was initially introduced over three years ago back in December 2015.

Animal activists have been calling the bill, the ‘Free Willy’ bill, after the 1993 film about a young boy freeing a killer whale from an amusement park. According to sources, the Free Willy bill specifically prevents keeping and breeding whales, dolphins and porpoises, with violators incurring fines of up to $200,000.

In addition to this, the bill also prevents these animals being exported or imported, and prevents them being able to be forced to perform for entertainment purposes!

However, the whales and dolphins that are currently in captivity will be allowed to be kept by the parks that currently own them. Exceptions to the bill will be made in cases where the animal is being kept for its best interests, such as for medical treatment or scientific research.

Sea creatures such as whales and dolphins have been a popular attraction for water parks for many years – however, over the last few years, more and more people have joined the advocation for the prevention of their being held for entertainment purposes.

The Canadian Green Party celebrated the victory over animal cruelty, tweeting that, ‘When we work together, good things happen […] These intelligent, social mammals will now get to live where they belong — in the ocean.’ Other animal rights groups took to using the hashtag #emptythetanks to spread the word of the victory, and share in the celebrations!

Humane Canada, an organisation promoting the humane treatment of all animals, tweeted out their joy at the passing of the bill and acknowledged the need for time and patience in cases such as this by saying, ‘Nothing fantastic ever happens in a hurry.’ The place that will most feel the effects of the bill is perhaps Marineland, Niagara Falls. The park has roughly 55 beluga whales,  5 bottle-nosed dolphins, and one orca, and as you can probably imagine they violently opposed the bill!

The park has said that it will continue to provide, ‘world-class care to all of its animals’. Thankfully, however, Marineland will now no longer be able to breed their animals or acquire any more beautiful animals and force them into small tanks to perform parlour tricks. While it is tragic that so many of these beautiful animals will be forced to remain in captivity, it is important to see this as the victory that it is for animal rights. There are far too many stories of animals being mistreated or killed at the hands of human-kind, and that’s why it is so important that we celebrate steps such as these being made in the right direction!

Campaign director for World Animal Protection Canada, Melissa Matlow, made this emotive statement about the bill:

‘This is such an important law because it bans breeding, making sure the whales and dolphins currently kept in tiny tanks in Canada are the last generation to suffer.’ It’s great to see victories like this against animal cruelty, and hopefully more strides can be made in this direction in the future! Whales and dolphins are such beautiful animals, it is heartbreaking to see them in captivity where they really don’t belong.

What do you make of the new ‘Free Willy’ bill? Let me know your thoughts and opinions in the comment below!