Celebrities You Didn't Know Were Raised By Gay Parents

Celebrities You Didn’t Know Were Raised By Gay Parents 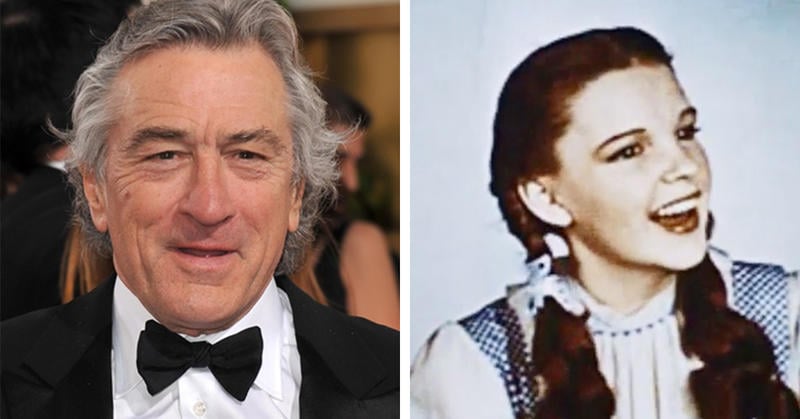 They do say that:

‘Behind every famous celebrity is a fabulously gay parent who helped them get there!’

Okay, don’t take that as gospel but they definitely should say that! It’s 2019 after all and in this day and age, what does it matter if love comes from two men or two women? Love makes the world go round and we all deserve a piece of it!

It turns out that for these celebrities, the fight for gay rights hits close to home as they were raised by either openly or closeted gay parents. Want to find out who? Let’s take a look!

Iconic Hollywood A-lister Robert De Niro is now one of the most famous actors in the world. It turns out that he wasn’t the only artsy member of the family as his father Robert De Niro Sr. was an expressionist painter. Robert De Niro Sr. had many relationships with men, including poet Robert Duncan. The creative painter struggled with his sexuality during the 1940s and 1950s when it was actually a crime to be gay.

The artist, who lived as an openly gay man for the duration of his life, passed away in 1993 from cancer. His son, Robert, spoke fondly about his father in the 2014 documentary Remembering the Artist:

‘The thought of what he’s done, all his work, I can’t not but make sure that it’s held up and remembered… So I just want to see him get his due. That’s my responsibility and he used to always say that artists are always recognized after they’re long gone.’

Dirty Dancing star Jennifer Grey’s Oscar winning father Joel Grey came out as gay in 2015. He was 82 at the time. In an interview with People, he said: ‘I feel very happy for my dad that he has come to a point in his life where he feels safe/comfortable enough to declare himself in a public way as a gay man.’

When smooth soul singer Marvin Gaye was growing up, he was often the victim of bullying as there were rumours that his father Marvin Gaye Sr. was gay. When asked if it was true, Marvin Gaye’s mother replied:

‘He liked to wear my panties, my shoes, my gowns… even my nylon hose.’ Actress Amy Adams’ parents got divorced when she was just eleven years old. Her mom went on to enter a relationship with a woman who she later moved in with. In spite of fighting for sole custody of Amy and her six siblings, Kathryn Adams lost the custody battle to Amy’s dad. Still, Amy maintained a close relationship with her mother.

Jodie Foster’s mom Evelyn who was also known as ‘Brandy’ raised Jodie with her female partner. After years of silence (and speculation) about her sexuality, Jodie herself came out in 2013 during her Golden Globes speech.

Rapper 50 Cent was raised by his lesbian mom Sabrina Jackson until she tragically died in a fire when he was just eight years old. She had also struggled with substance abuse. Following her death, 50 Cent was raised by his grandma.

Liza Minnelli was the daughter of the late Hollywood legend Judy Garland and director Vincente Minnelli. He was openly gay whilst directing musicals in New York but had four marriages to different women in his life. ‘When he came to Hollywood, I think he made the decision to repress that part of himself.’ One of the footballer’s childhood friends Calvin Tennyson recalled how they discovered Jimmy Lee Simpson was gay: