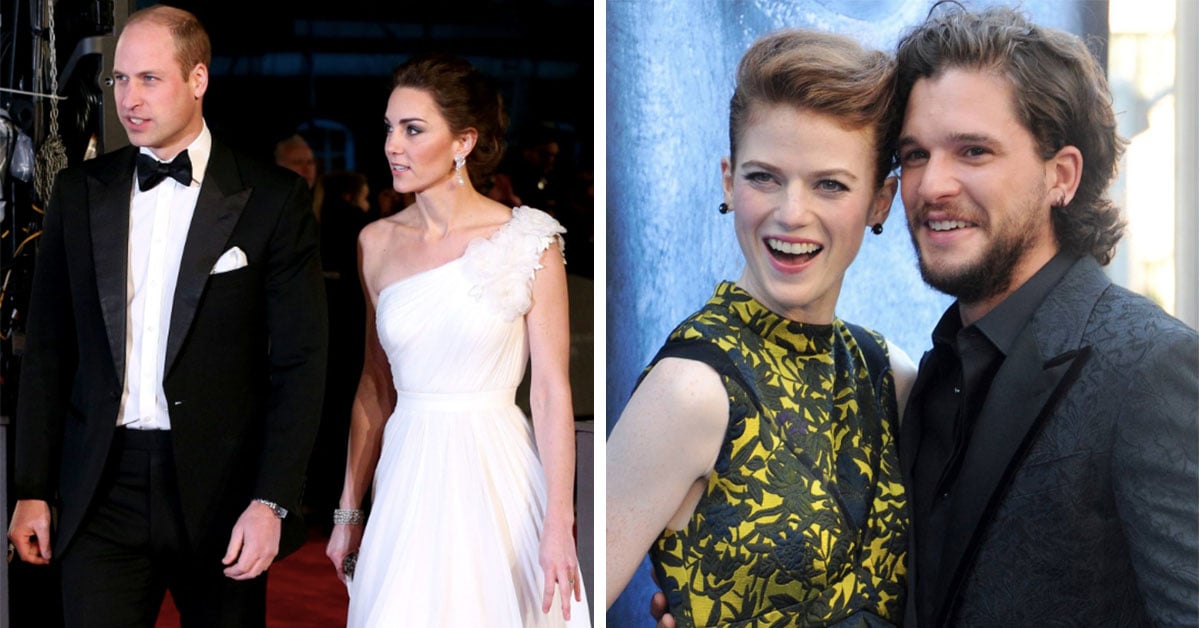 We bet you didn’t know that these celebrity couples have been involved in cheating scandals… and have stayed together! It doesn’t matter if you’re an A-Class celeb who is walking three red carpets a week or just like the rest of us common folk whose weekly highlight is a trip to Target, cheating sucks for all of us.

Are you the kind of person who would be willing to give your significant other a second chance or is Rachel’s mom right by thinking, ‘once a cheat, always a cheat’. These celebs obviously disagreed with Mrs Green…

The whole entire world was SHOOK when rumors emerged about Prince William, Duke of Cambridge, having an affair with one of Kate’s best friends, Rose Hanbury. The pair are still together, but is that just because Kate wants to be Queen?.. Cardi B and Offset

Is there anybody on the planet who didn’t see Cardi’s insta video where she went HAM on Offset’s cheating? The video has since been deleted, and the pair have since got back together. Looks like taking a break does work! Just a few months ago TMZ released information that Travis had cancelled a show because he was cheating on Kylie. However, his representatives issued a statement stating that this was all untrue and he was simply ‘unwell’. We all remember the moment we read that Keith had been allegedly been cheating on Nicole with model Amanda Wyatt. At the time, the media were obsessed with their will-they or won’t-they upcoming marriage. They did, and despite even more infidelity rumors, the pair remain totally loved up! This pair have been on and off more than a light switch! In more recent years, it seems like the couple have managed to put their differences aside and be stronger than ever. Nothing could have prepared us for the reports that stated that David Beckham had cheated on VB with his personal assistant, Rebecca Loos. Thankfully, this power couple managed to work through their struggles and they still remain Posh and Becks to this day! Something tells me no explanation is needed here… Ahhhh, the Lemonade era of Beyonce’s music career. Not only were the tunes total hits, but they also made the whole world go crazy about who Jay-Z had (maybe) had an affair with! Then Jay discussed the rumor from his point of view in his latest release, 4:44. In one of the most talked about cheating scandals, Ozzy said:

‘I upset my wife and I upset my family and I made a lot of shock and shame. I love my wife, and it made me realize what a f–king idiot I’ve been’.

He wasn’t lying! Sharon went on to talk about it herself on her TV show, The Talk:

‘It’s going take a long time to trust, but we’ve been together 36 years, 34 of marriage … I just can’t think of my life without him’.

It’s sweet but sad that she feels this way, no? NONE of us were surprised when it was reported that Scott had cheated – especially after what we saw of him on KUWTK. The fact that they decided to move in together just TWO days after the rumors hit the papers did surprise us though! In 2017, Mila and Ashton were yet another couple who were reported to have infidelity issues. Like the knight in shining armor that he is, Ashton took to Twitter to reveal that the woman he was supposedly having an affair with was actually his cousin… Late last year Dax Shepard was brought into a cheating scandal after Kayti Edwards claimed that she’d had an affair with the actor two years into his relationship with Kristen Bell. However, this pair are a strong couple and weren’t phased by the allegations. What goes on behind the White House stays there, right? Looks like Stormy Daniels didn’t get the memo… Will Smith and Jada Pinkett Smith

They are one of Hollywood’s most loved celebrity couples. That doesn’t mean the rumor mill hasn’t come for them though! In her series, Red Table Talk, Jada revealed that there hasn’t been any physical cheating but there have been ‘betrayals of the heart’ in their marriage. Nothing too serious we hope! Back in 2010 Justin was rumored to have been having an affair with Olivia Munn! Although Jess and JT broke up in 2011, they have since got married. Just last November, Kit was accused of having an affair with Olga Vlaslova but he denied the rumors. The world came to a stand still when we all thought that the Kim was the ‘Kiki’ that Drake was referring to in his song, ‘In My Feelings’. Kim quickly put these rumors to bed though. JLo and ARod have been plagued by cheating rumors since they began dating. Literally days after they announced their engagement, Jose Canseco revealed that Alex had tried it on with his ex-wife, Jessica.

However, she recently said: Kevin denied the videos and photos that proved that he had cheated on his then PREGNANT wife. He eventually admitted the truth. The whole world saw these two work through Dean’s infidelity thanks to the show, True Tori. In the same year that this pair got married, it was revealed that David had an ‘intimate relationship’ with Stephanie Birkitt, his former assistant. He apologized on TV and the pair are still together.