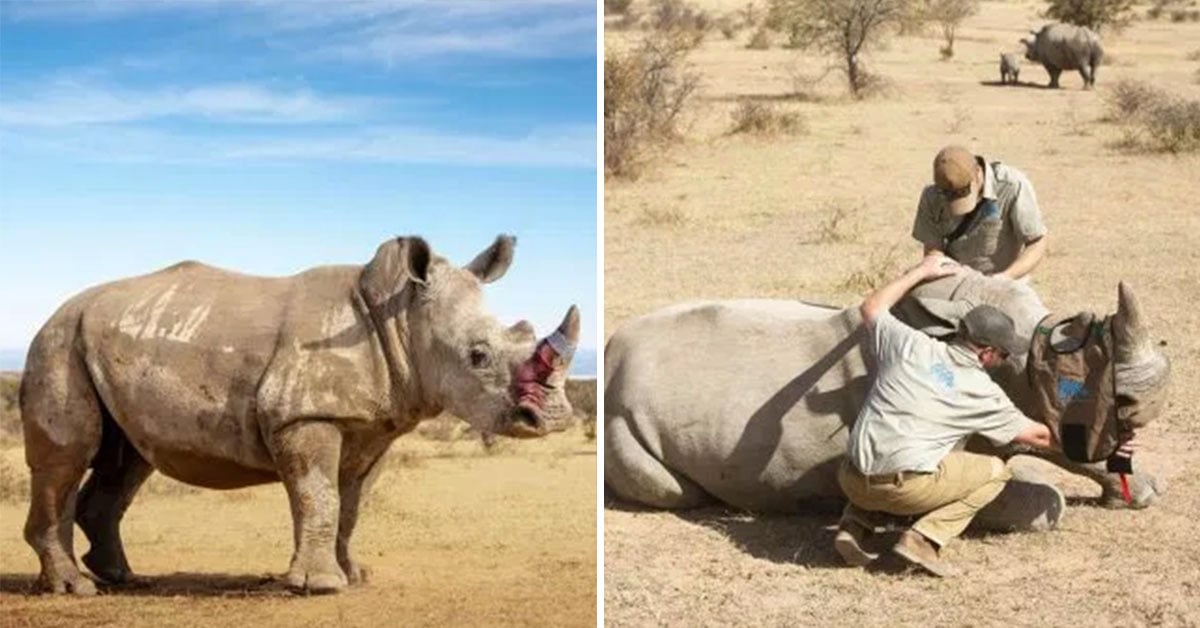 In new efforts to try and prevent the poaching of rhinos, conservationists have been poisoning rhino’s horns in an attempt to dissuade poachers from hunting them. The substance being put into the rhino’s horns is animal-friendly so will not harm the rhino itself; however, in humans it can cause severe nausea, vomiting, and convulsions. The conservationists also use an indelible dye in the procedure which stains the horn.

The hope is that the dyed horn will prevent poachers hunting the animals for trophies, and the poison will dissuade the sale of rhino’s horns for consumption. Rhino horns are a sought after ingredient in some traditional Chinese medicines, and can be sold on the black market for roughly £40, 000 per horn.

The procedure uses a toxin called ectoparasiticide which is safe to animals, and has no impact on their potential offspring either according to reports. However, humans can feel the negative effects of the toxin if they consume, smell, or in some cases even go near the substance. 28-year-old Teagan Cunniffe works with and documents the Rhino Rescue Project’s work in South Africa, and had this to say about the project:

‘The treatment lasts between three to five years, a full horn growth cycle, thereafter it needs to be re-administered. This costs £400 [R8000] for the entire operation, including ground crew and materials.

‘My photographs show the process of the horn treatment by Rhino Rescue Project and The Ant Collection, from location and darting through to rhino, Mokolo’s recovery […]

‘This is a hugely successful proactive anti-poaching effort, and I believe that all rhinos should undergo this treatment process.’ This poaching prevention technique is apparently working as well. Reports state that of all of the Rhinos who have undergone the procedure since 2011, only 2% of those animals have died, and that is through a combination of poaching and natural causes.

Some conservationists groups have expressed concern that the treatment may not be effective. One Save The Rhino article posited that the treatment may prompt a ‘what doesn’t kill you makes you stronger’ attitude, whereby ‘If [a] person consumes rhino horn and nothing happens to them, they may believe that they have ‘conquered’ the poison, or that the rhino horn is so ‘magical’ that it is counteracted the poison itself’.

However, I think that that is frankly, utterly ridiculous. The figures would suggest that this is working, and the situation that they’re warning of is so insanely specific and smacks of a ‘glass-half-empty’ attitude that, instead of looking at this as an impressive step forward, is simply fretting over unlikely outcomes. This should be seen as a success, as should anything which can be done to really help rare or endangered animals to be protected from vicious, heartless poachers.

Teagan Cunniffe went on to talk about the photographs which he took during the project in more detail, saying:

‘My favourite capture is the drone image of the people involved in Mokolo’s treatment process.

‘I wanted the shadows of the humans to be the main feature: the faceless guardians of a vulnerable rhino. We are the only ones who can save this species from extinction.’ Thankfully there are still people out there devoting their lives to helping and saving animals who are suffering at the hands of humanity’s false notion that it owns everything on this planet. We are here to share this planet with the other creatures on it; and if the horrifically heartless people who kill these animals aren’t stopped soon, then before we know it creatures such as these fantastic rhinos will be simply memories to us.

What do you make of this story, do you agree with this method of poaching prevention? Let me know your thoughts and opinions in the comments below.