Every Twitter CEO - and how they changed the company 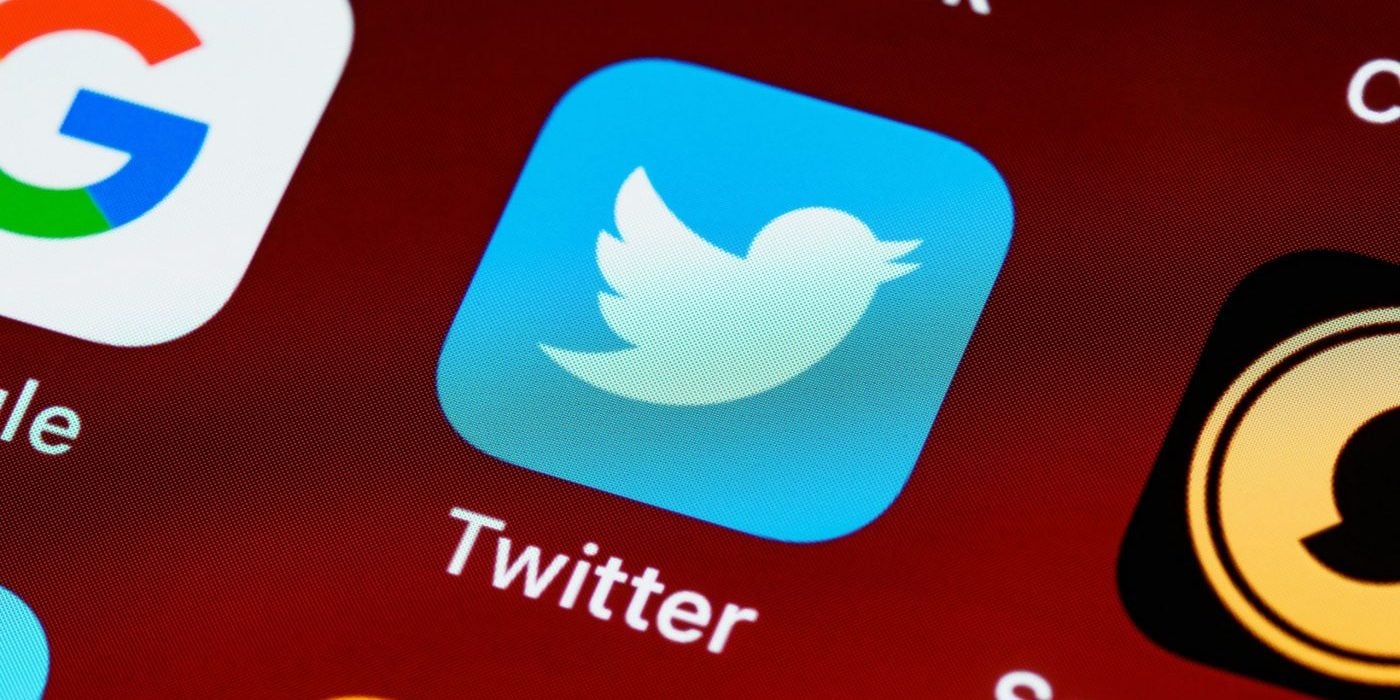 Despite some turbulence, Twitter has continued to be one of the biggest names in social media. People and businesses use the platform on a daily basis, with approximately 500 million tweets posted every day. Twitter has become an incredibly useful tool for businesses of all sizes, allowing them to interact with customers, keep up on the newest trends, and promote their content.

While the changes might not be striking, there have been plenty since Twitter launched in 2006. Four different CEOs have overseen these changes. They include Jack Dorsey, Evan Williams, Dick Costolo and Parag Agrawal.

So what did they do?

Below is a brief look at what each CEO contributed, what problems they faced, when they assumed the role, and resigned, as CEOs. 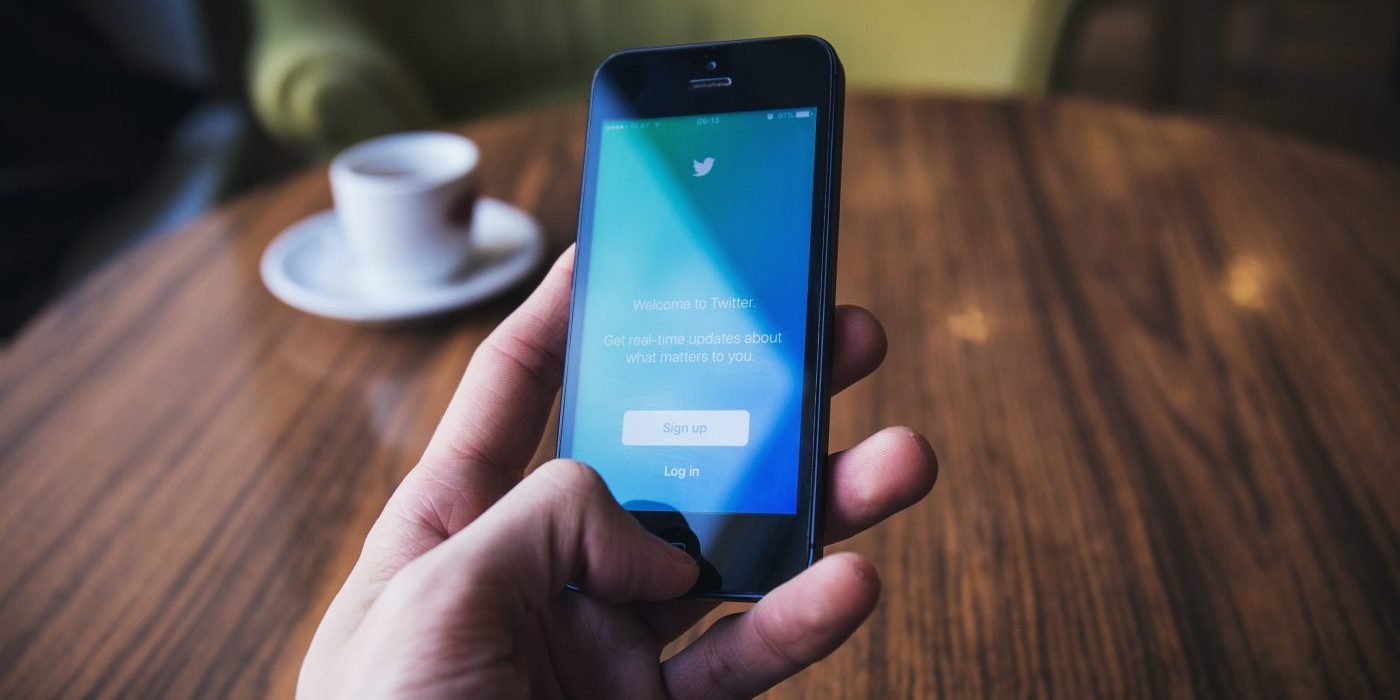 On March 21, 2006, Evan Williams, loaded after Google’s GOOGL acquisition of his last startup, Blogger, agreed to enter a business venture with Noah Glass. The two worked on a platform supporting what they saw as the new radio, podcasting. Leaving Google and taking one of his co-workers and friends, Biz Stone, Williams secured funding and began work on the podcasting platform, Odeo.

Along the way, Williams received the resume of Jack Dorsey, who he had meet in a coffee shop. One interview later, Dorsey became part of the Odeo team.

Despite the hype surrounding William’s next venture, the platform flopped. To make matters worse, Apple AAPL announced in 2005 that they would include podcasting in their streaming service, iTunes, effectively crushing any hopes of Odeo making a mark. Williams then held a series of hackathons among Odeo employees, asking them questions like, “If you were to start a new company today, or reinvent Odeo, what would you build?” Dorsey pitched a concept he called “status”, where people could text message their status to the public.

Dorsey designed an early vision of his platform concept. Once all the employee’s projects were looked over, Williams decided Dorsey’s looked the strongest and would be the one Odeo’s resources would now fund. Noah Glass loved the idea and even spent a day combing through the dictionary to find its name, Twitter. 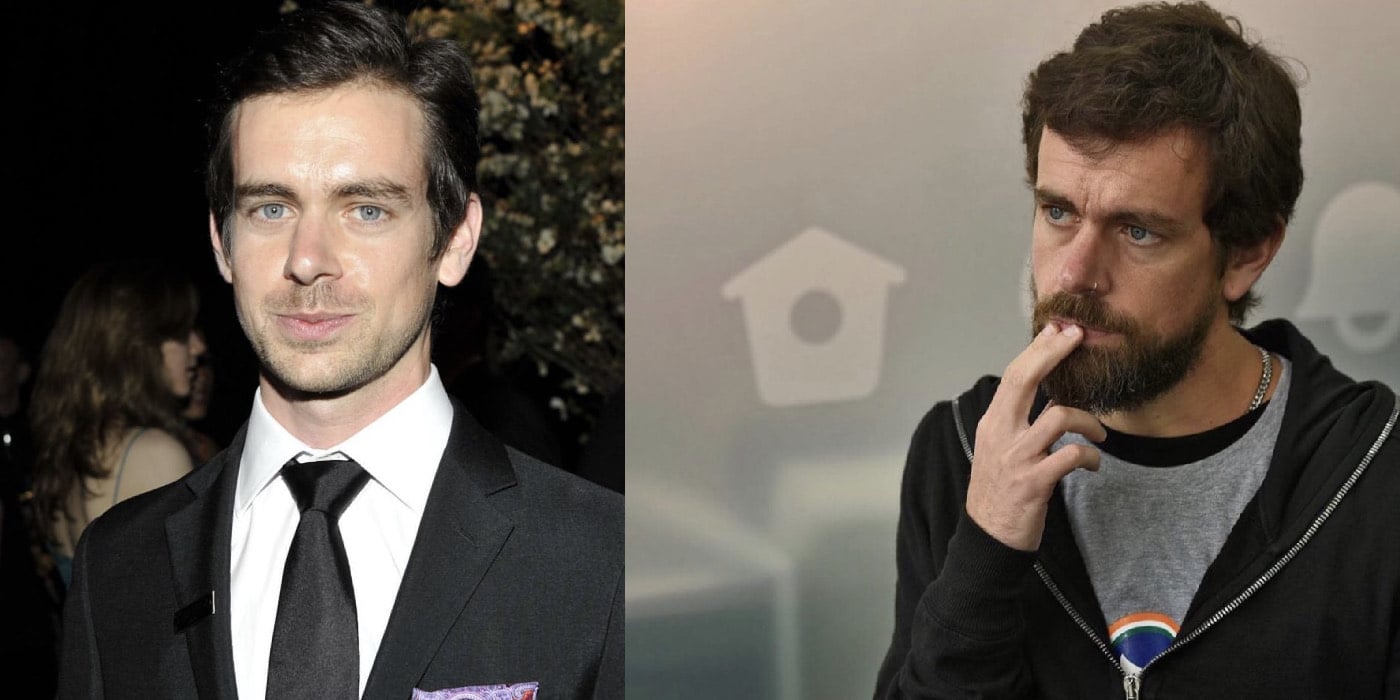 Although a collaborative effort, it was Jack Dorsey who came up with the idea of what became Twitter.

During a “daylong brainstorming session” at podcasting company Odeo. Dorsey, at the time a student at NYU, pitched the idea of of an individual using an SMS service to communicate with a small group. Inspired by disemvowelled names such as Flickr, Dorsey and co launched ‘twttr’ in 2006.

Six months after the launch of twttr, the crew purchased the domain twitter.com and changed the name of the service to Twitter. The developers initially considered “10958” as a short code, but later changed it to “40404” for “ease of use and memorability”. Work on the project started on March 21, 2006, when Dorsey published the first Twitter message at 12:50 p.m: “just setting up my twttr”

“We came across the word “twitter”,” he later said. “And it was just perfect. The definition was “a short burst of inconsequential information”, and “chirps from birds”. And that’s exactly what the product was. 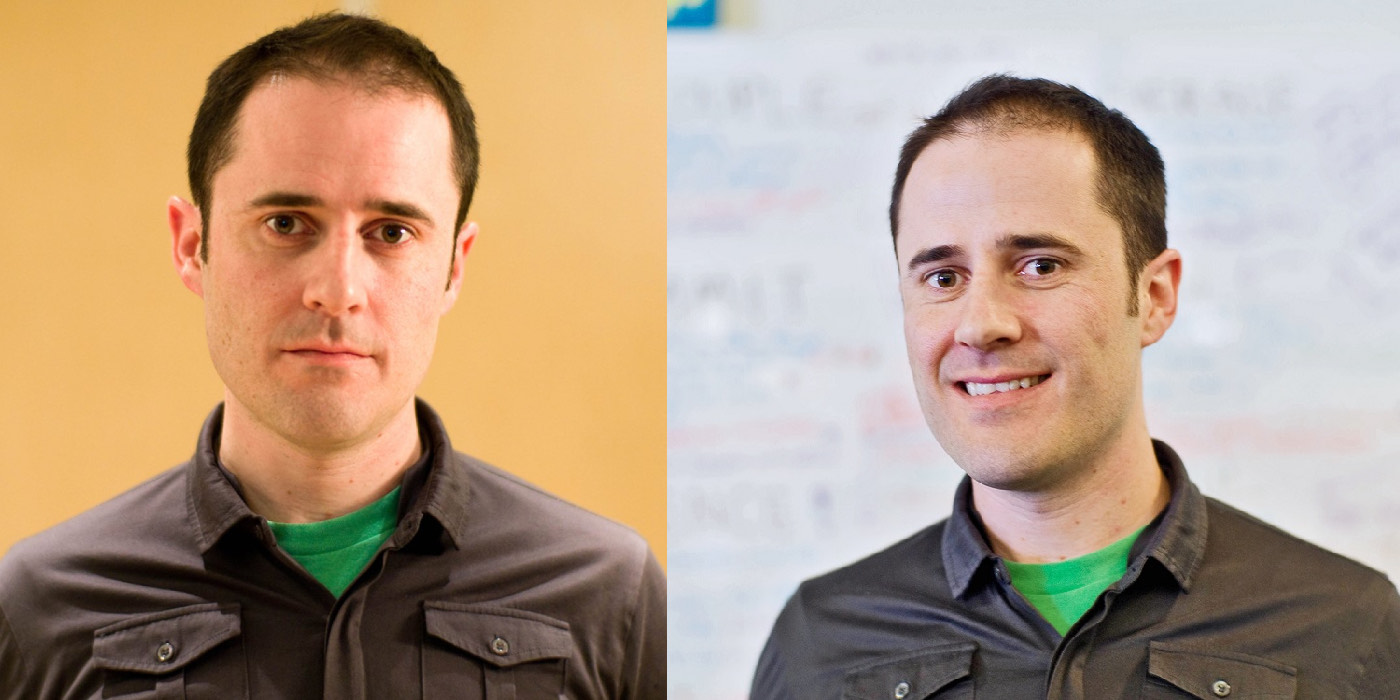 Evan Williams’ childhood couldn’t have been further from the life he leads today. Growing up on a soybean and corn farm, however, provided him with lots of space and time to dream up big ideas. Ideas that eventually became Blogger, Twitter and Medium. He said of his upbringing: “Maybe it was because I grew up on that farm with so many ideas in my head and so few people to share them with that I couldn’t think of anything more exciting than a system with the potential to connect brains from all over the planet.”

In 2006, he was approached by Dorsey with the concept of Twitter. Together they formed a new parent company, Obvious, that acquired Odeo and then spun off Twitter, Inc., as a separate entity in 2007. Over the next several years, Twitter became a highly popular means of communication, endorsed by celebrities, news outlets, and corporations.

Williams oversaw many spikes in usage after becoming CEO in late 2008. One record was set during the 2010 FIFA World Cup when fans wrote 2,940 tweets per second in the thirty-second period after Japan scored against Cameroon on June 14, 2010. When Michael Jackson died on June 25, 2009, Twitter servers crashed after users were updating their status to include the words “Michael Jackson” at a rate of 100,000 tweets per hour.

In 2010 he stepped down as CEO to concentrate on product strategy, and in 2019 he gave up his seat on the board. 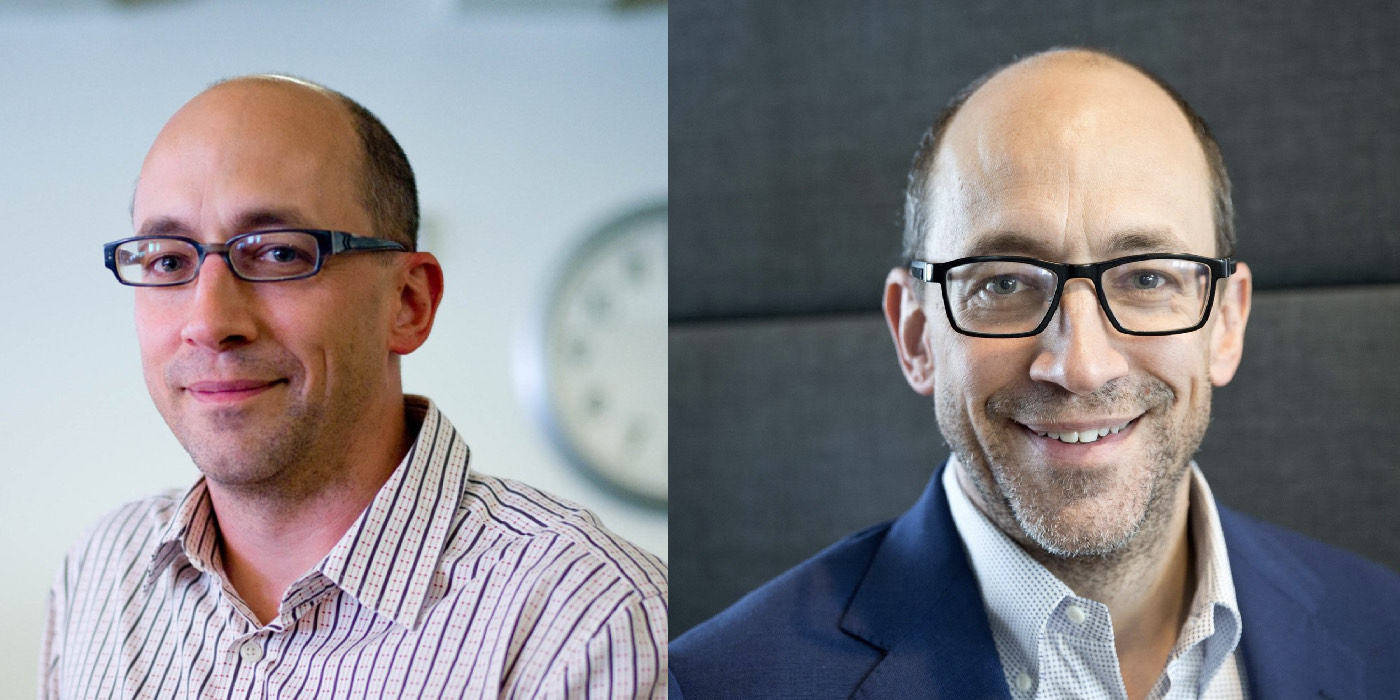 In July 2009, Costolo left Google and a few months later the Chief Executive of Twitter, Evan Williams, offered him the chance to join as CEO on a temporary basis. Williams formally stepped down a year later and Costolo became the fourth CEO of Twitter Inc.

In 2011, Barack Obama appointed Costolo to the National Security Telecommunications Advisory Council (NSTAC). His interest and determination toward his work earned him fame and numerous respected positions at leading firms and organisations. In the year 2013 he was referred to as one of Silicon Valley’s most influential CEOs by Business Insider. TIME Magazine named him among the 10 Most Influential US Tech CEOs.

At the beginning of his position, the company began rolling out “New Twitter”, an entirely revamped edition of twitter.com. Changes included the ability to see pictures and videos without leaving Twitter itself by clicking on individual tweets which contain links to images and clips from a variety of supported websites including YouTube and Flickr, and a complete overhaul of the interface, which moved links such as ‘@mentions’ and ‘Retweets’ above the Twitter stream.

In June 2015, Costolo stepped down as CEO but remained on the board. 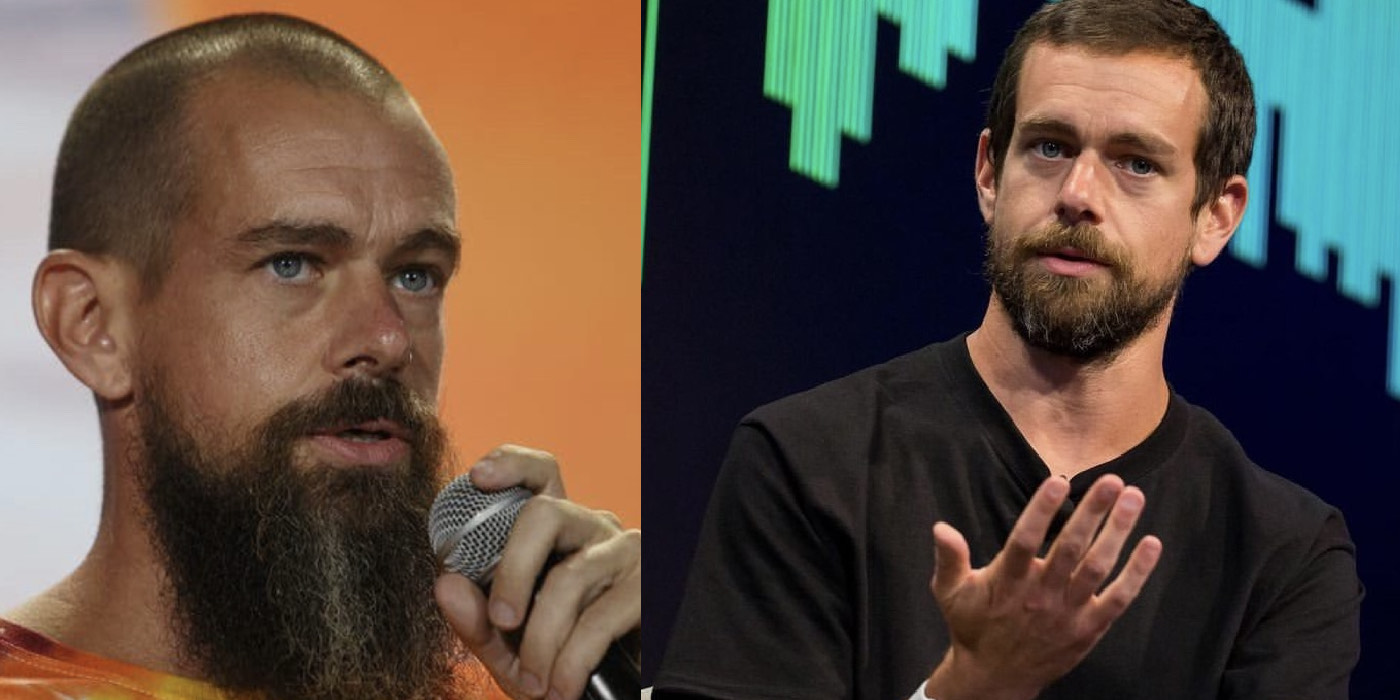 In the wake of Dorsey’s return as CEO, Twitter underwent a redesign that made the site resemble Facebook, with profile picture and biography in a column left to the timeline, and a full-width header image with parallax scrolling effect. That layout was used as main for the desktop front end until July 2019, undergoing changes over time such as rounded profile pictures since June 2017.

Since May 2018, tweet replies deemed by an artificial intelligence to be detractive from conversation have been initially hidden, and only loaded through actuating a Show more replies button at the bottom.

The biggest impact of Dorsey’s second stint as CEO was Twitter moderators marking US president Donald Trump’s tweets regarding election fraud as “potentially misleading,” adding links to a dedicated page with additional articles from other news sources on mail-in voting, the first time they had marked Trump’s tweets as such.

Trump, who had slated social media for having an alleged an anti-conservative bias, announced his intention to enact regulations to take action against Twitter. Two days later, on May 28, 2020, Trump signed “Executive Order on Preventing Online Censorship” aimed to impact the protections of Section 230 of the Communications Decency Act which Twitter and other social media sites have to avoid liability for dealing with moderation of user content on their platforms. On January 9, 2021, Twitter suspended Trump. 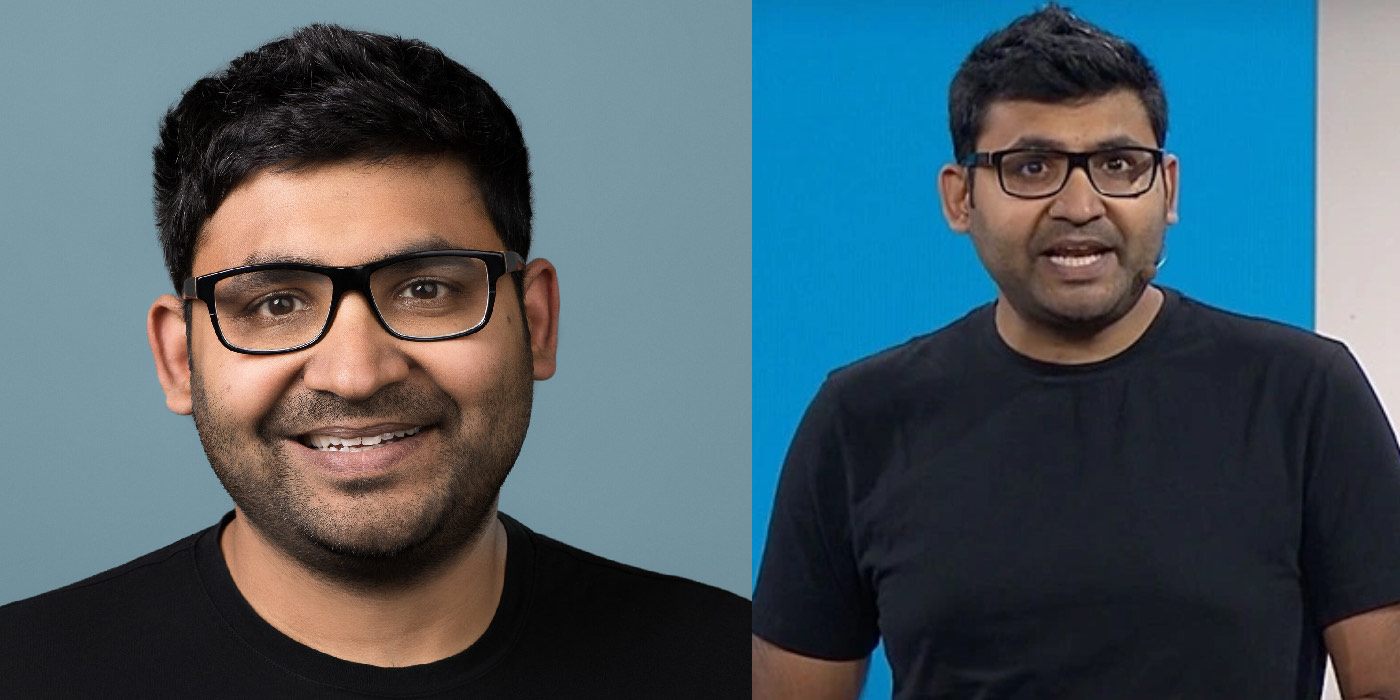 Educated in computer science and engineering at the Indian Institute of Technology Bombay and holding a PhD from Stanford University in California, Parag Agrawal joined Twitter in 2011 and rose to become its CTO by 2017. As the head of technology at the firm, he oversaw machine learning and artificial intelligence, as well as the company’s broad technical strategy. In November 2021, Dorsey announced Agrawal as the new CEO of Twitter.

His role hasn’t been easy so far. This May, the company agreed to pay $150 million to settle a lawsuit started by the Department of Justice and the Federal Trade Commission. The lawsuit concerned Twitter’s use of email addresses and phone numbers of Twitter users to target advertisements at them. The company also agreed to third-party audits of its data privacy program.

In June, Twitter announced it had formed a partnership agreement with Shopify, a Canadian e-commerce company. Through the partnership, Twitter stated it would launch a sales channel app for U.S. Shopify merchants.

Strangely, however, Agrawal’s short spell as CEO has probably been most famous for the acquisition of Twitter by a notorious billionaire…

Elon Musk (for a bit)

Tesla founder Elon Musk revealed that he had bought 9.1% of Twitter for $2.64 billion on April 4, 2022, triggering the stock to rise by as much as 27%. Musk was offered a seat on Twitter’s board of directors as part of a deal that prohibited him from acquiring more than 14.9% of the company, but Musk decided not to join the board before his appointment became effective on April 9.

Musk then made an unsolicited offer on April 14 to acquire Twitter for $43 billion and take the company private, saying that he believed in the importance of free speech for democracy around the world. He showed little interest in fighting internet censorship around the world, believing “Twitter should match the laws of the country”. Instead, Musk’s concern about free speech has been directed almost entirely at Twitter’s moderation policies.

Musk’s first plan was to open-source the algorithm that ranks tweets in the content feed, in order to increase transparency. He has stated intention to remove the spam bots, and to authenticate all real humans. Everything was going right, until it went wrong.

Last month, Musk announced he was unilaterally terminating the proposed acquisition, claiming in a regulatory filing that Twitter was in “material breach” of several parts of the agreement by refusing to comply with Musk’s requests for spambot account data and dismissing high-ranking employees. In response, Twitter board chair Bret Taylor pledged to pursue legal action against Musk with the goal of completing the acquisition. On July 10, Twitter hired the law firm Wachtell, Lipton, Rosen & Katz to represent their case, including “key lawyers” William Savitt and Leo Strine.