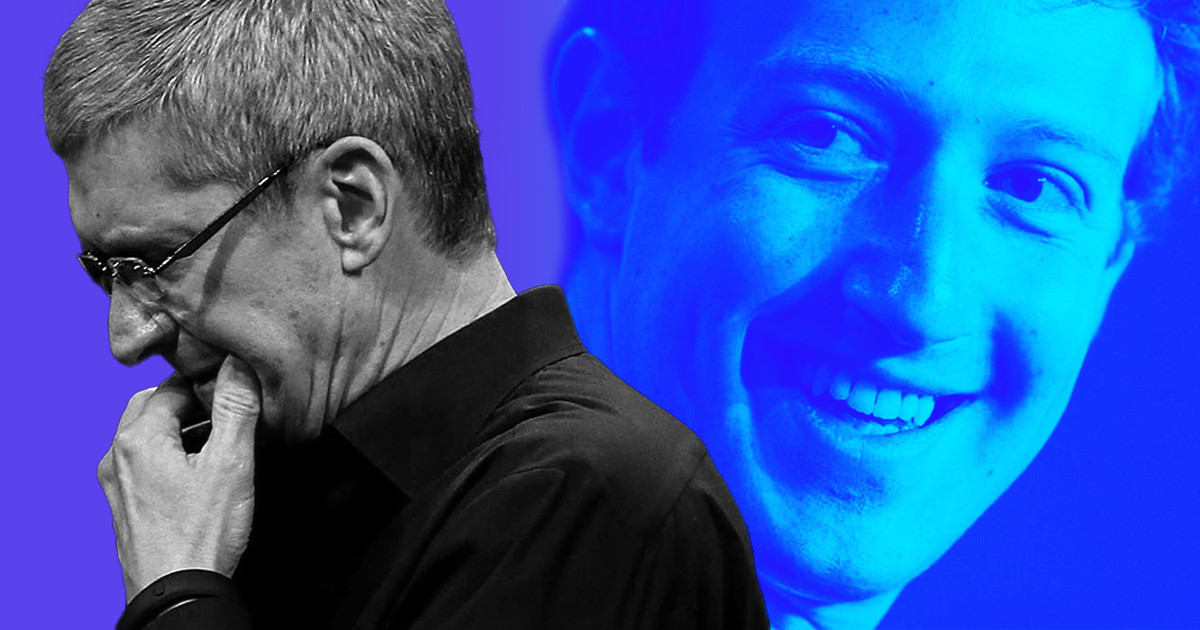 Whatever else may be said about Facebook, its durability has to be lauded in an era when every man and their dog is inventing start-ups. For nearly two decades, Facebook has either grown alongside, or fended off altogether, social media network after social media network. It’s hard not to respect that.

Social media networks that have failed include MySpace, Bebo, Google+ and iTunes Ping. While they promised to bring something new, if not better, to the table, they failed to make enough of an impact to beat giants like Facebook and Twitter.

With the big social media networks raking in so much cash, and dozens of imitators having fallen by the wayside, it’s natural to wonder what separates the success stories from the disasters companies would rather not talk about. So…

Why do most social media apps fail?

Aren’t social media apps a bit of a cash cow? Does it honestly take that much to entice and entertain smartphone owners?

The oversaturation of the market may be the clincher here. Sure, anyone can feasibly start a social media app, but what is it your network is bringing to the party? Why should users leave a trusted platform to join your new one? Fickle management can also play a huge role in the decay of many social media ventures.

Here are ten networks that tried and failed to topple Facebook.

FriendFeed may sound like a fake social media website used by people in a Disney Channel original movie, but it was actually a real and considerable presence during the noughties boom. Launched in 2007 by former Google employees, FriendFeed was a social-aggregating tool which used other social networks to build its own community. It would focus on the relevancy and usefulness of those sites before consolidating updates on its platform.

It was bought by Facebook in 2009 for $15 milllion cash and $32.5 million in stock. Six years later, they shut it down. In a blog post at the time, founder Benjamin Golub said: “We maintained the service since we joined Facebook in 2009, but the number of people using FriendFeed had been steadily declining and in the end, the community was just a fraction of what it once was. Given this, we decided that it was time to start winding things down.” 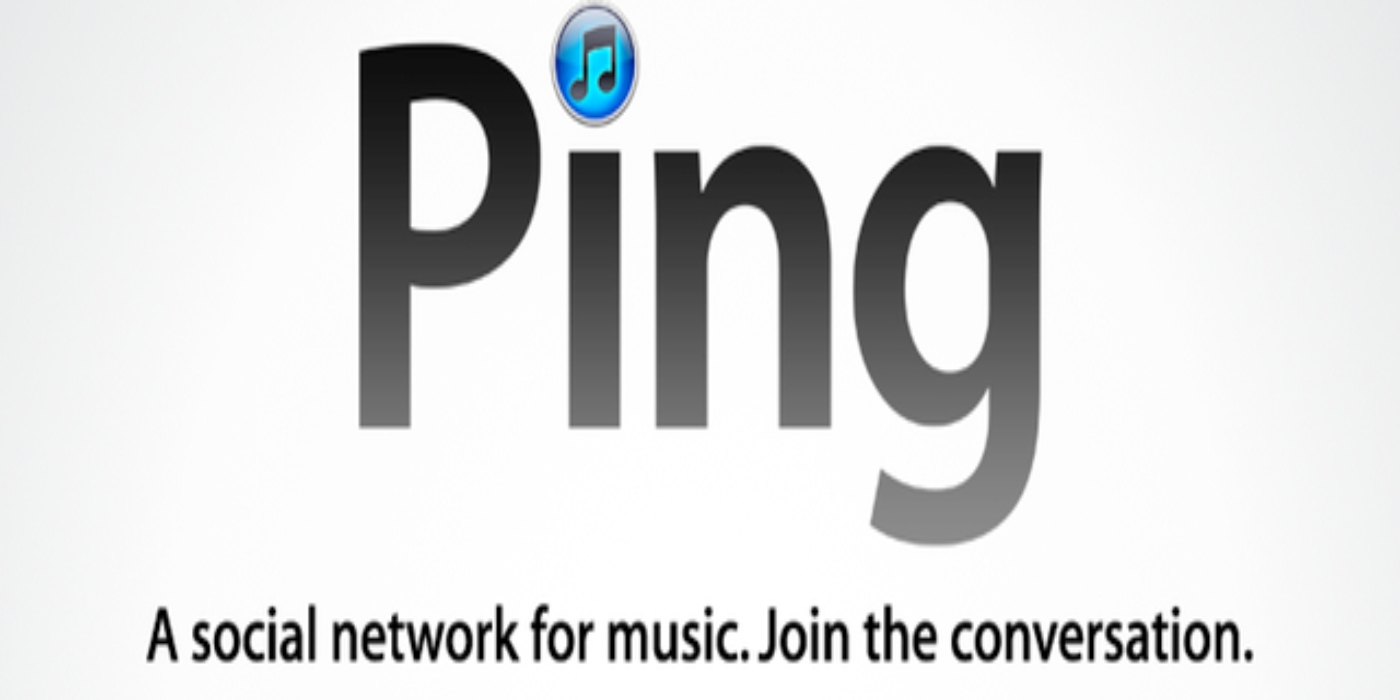 iTunes? Ping? You could be forgiven for never having been aware of this platform’s existence. Maybe that’s for the best, especially in the eyes of Apple. Described as a cross between Facebook, Twitter and iTunes, Ping was launched in 2010. The plan was to integrate social media with music fandom so users could follow their favourite musicians and bands, as well as friends, sharing all the content they took a shine to.

It looked like an obvious next-step replacement for the declining MySpace, which was lauded for its contributions to independent music. Chris Martin and Lady Gaga promoted its launch but in the long run, it didn’t cut the mustard. In a rare miss for Apple, Ping ended up closing in 2012. “We tried Ping,” Apple Ceo Tim Cook later said, “And I think the customer voted and said ‘This isn’t something that I want to put a lot of energy into.'”

You might not have heard of Meerkat but its influence is crystal clear. Without it, there’s a good chance livestreaming wouldn’t have become as big a thing as it has across Facebook and Instagram.

This video sharing platform, created by Ben Rubin, was weeks into its March 2016 release when Twitter cut off its access to its social graph and announced the acquisition of rival app Periscope. By October 2016, it had been removed from the App Store and Play Store and Meerkat was no more. Rubin replaced the app with Houseparty, which enjoyed great success at the turn of the COVID-19 pandemic but has similarly declined in popularity. 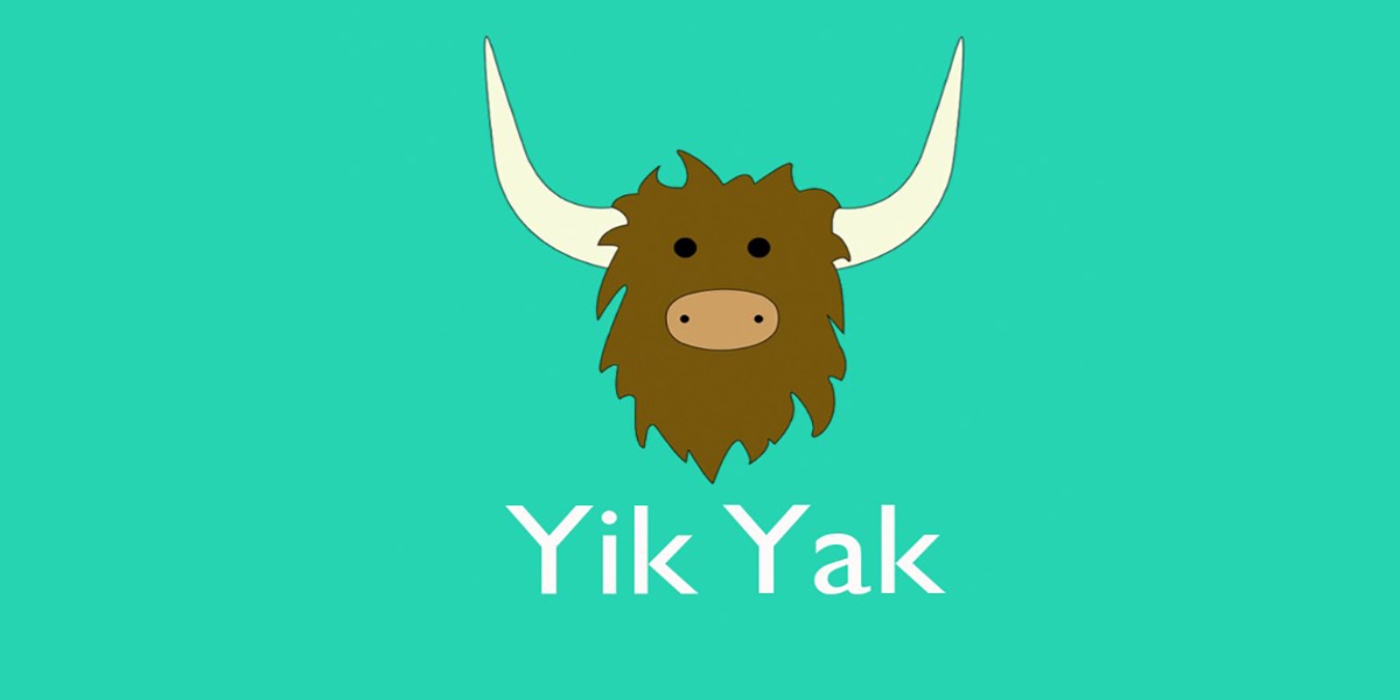 Yik Yak was a big, big dog. At its peak, it was worth $400 million. An anonymous messaging app, it raised more than $70 million in venture capital after its 2014 launch. There was just one problem: young adults and anonymous messaging are notorious bed-fellows. Soon, the app gave way to all the usual cyber-bullying, including even bomb threats.

As a result, Yik Yak had to slowly abandon its USP – first by making usernames mandatory and then profile photos. Its reputation and value dropped before it could even celebrate its first birthday and, in early 2017, Yik Yak bit the dust. It returned to the App Store in 2021 but faced similar problems in mere weeks with Oklahoma Christian University banning the app from its campus after multiple instances of cyber bullying. 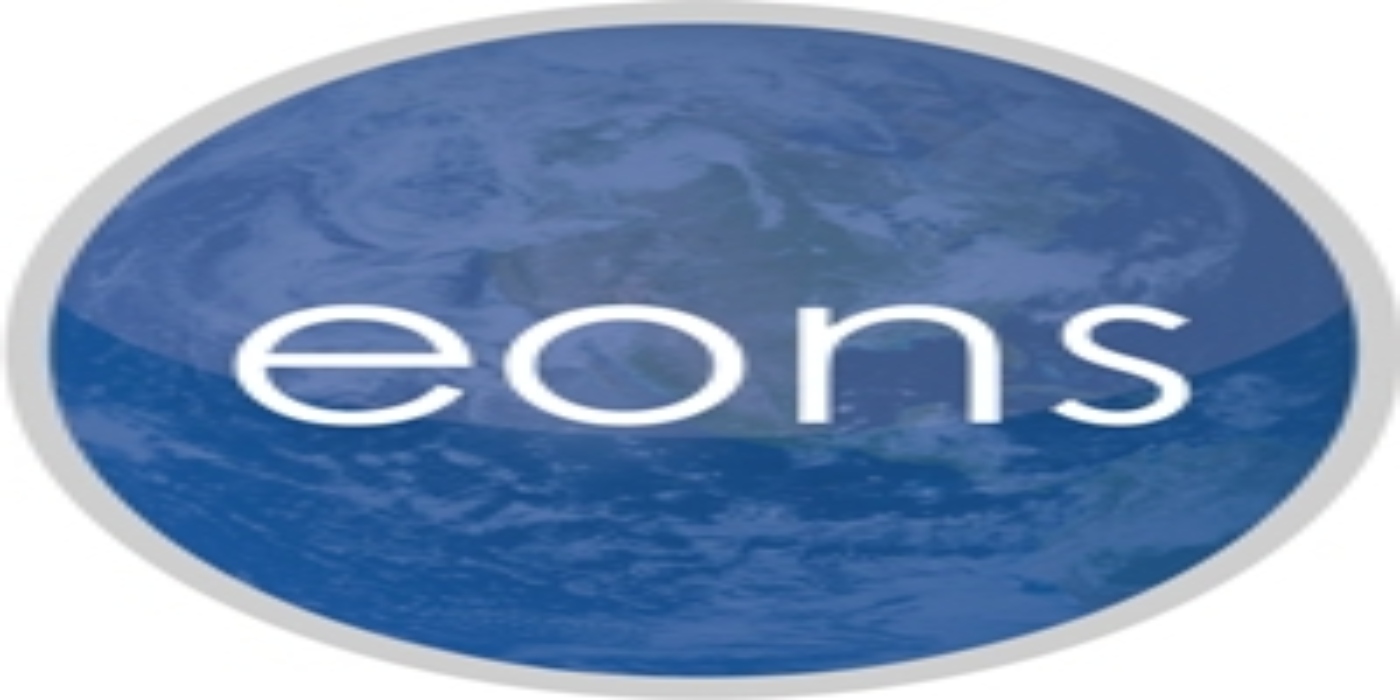 Branded as “MySpace for boomers”, Eons hit the ground running in 2006 as a safe haven for the middle aged, away from all that millennial waffle. They weren’t joking. Eons set an age restriction which prevented anyone under the age of 50 joining. This didn’t last too long. In 2008, it lowered the age to 40. At its peak, it amassed 800,000 users. While respectable, it wasn’t enough. Eons shut up shop in 2012.

“We know many you have all been waiting patiently for news on the future of the site,” they said in a Facebook announcement. “As a team, we have been working to resolve the business issues with our service provider. We have negotiated in good faith to restore the site and move forward. Unfortunately our provider is demanding a financial commitment that we cannot make at this time. We are at an impasse. While we have worked behind the scenes to try to come up with an alternative to get the site restored, none of those have worked out either. For the foreseeable future, the site will remain down.”

Launched in 2002, Friendster is known as the grandfather of social media (despite being predated by SixDegrees.com). It functioned in a very common way. You could share photos, send messages, leave comments on other users’ posts. Within a year, it had amassed 2 million users.

So what’s the catch? How did this simple and effective endeavour peter out? The new kid on the block. MySpace arrived one year later, Facebook the next, and then a few years after, Twitter joined the ranks. Poor little Friendster couldn’t keep up and relaunched in 2011 with a focus on Asian countries and marketing as a social gaming platform. It packed operations in for good come 2015.

Bebo’s 2005 debut was astonishing. Nine days into business, the site garnered one million users, despite not doing anything particularly different from competitors MySpace and Facebook.

It was purchased by AOL in 2008 for $850 million but failed to distinguish itself from the rest. By 2010, AOL sold it to a private equity fund for $10 million. In 2013, Wired wrote of Bebo that it “was never, not for one bright shining moment, ever regarded as a leading network,” more a “tool to exploit big clueless corporate suitors.” In 2021 however, founders Michael and Xochi Birch relaunched Bebo. As of January 2022, it remains in a private beta-testing phase. 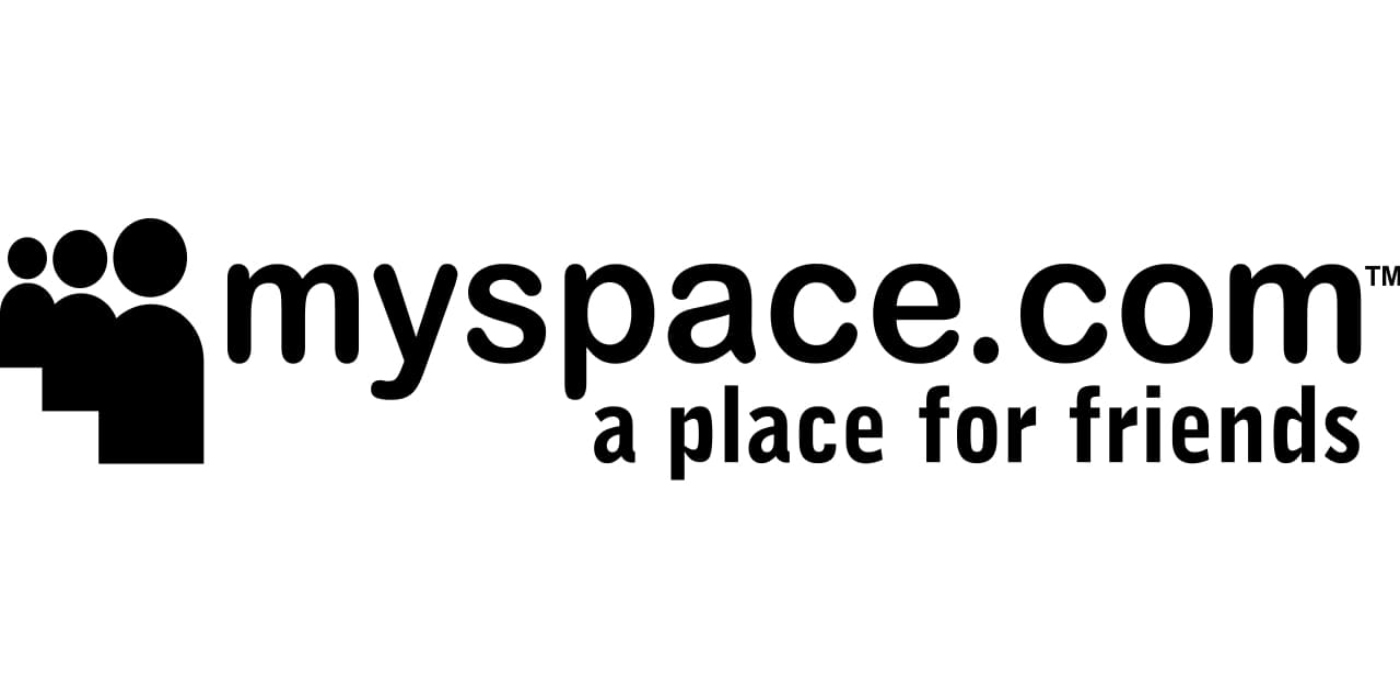 It would be foolish not to mention Facebook’s main competitor in this list, leading the industry for a good number of years before buckling under the pressure.

Founded in 2003, by June 2006 it was the most visited site in the United States. That’s right, more visited than Google. Such was the success of MySpace that Rupert Murdoch’s News Corp snatched it up for $580 million. In 2007, it was valued at a staggering $12 billion. Its downfall was likely down to the fact MySpace was run by music lovers than tech masterminds and was less adept at the harvesting of personal data, a practice that helped Facebook clean up. Murdoch sold up (for $35 million in 2011) and this OG giant was no more – at least in terms of serious competition.

Vine was a revolution. No frills, no funny business, just six-second clips. It ran so TikTok could walk. To this day, Vine compilations on YouTube rack up millions upon millions of views.

Created in 2012, it became the most downloaded free app in the iOS store in 2013 and was the go-to place for content. Chances are, any viral video you saw between 2013 and 2016 was likely a Vine. It ruled the roost until Twitter acquired it and stopped users from uploading (though existing content could still be viewed) effectively destroying its point. It was relaunched in 2018 as Byte before being bought out again by short-video app Clash in January 2021.

Unlike a lot of social media platforms that made out like they were just happy to be there, Google+ came directly for Facebook’s head. It wasn’t just another site – it was a serious competitor. Well, that’s what it wanted to be. It was Google’s fourth attempt at stamping out Facebook, following Google Friend Connect, Google Buzz and Orkut. A bad omen if you’ve ever seen one.

While initial figures were strong, its user-engagement alone wasn’t good enough to keep the ball rolling. Security-wise, it became a total mess. Google disclosed two data leak episodes that could’ve exposed user information to hackers, prompting them to shut the service down earlier than they’d planned in April 2019.