Frog Army: Amphibians are taking over TikTok, and maybe the world 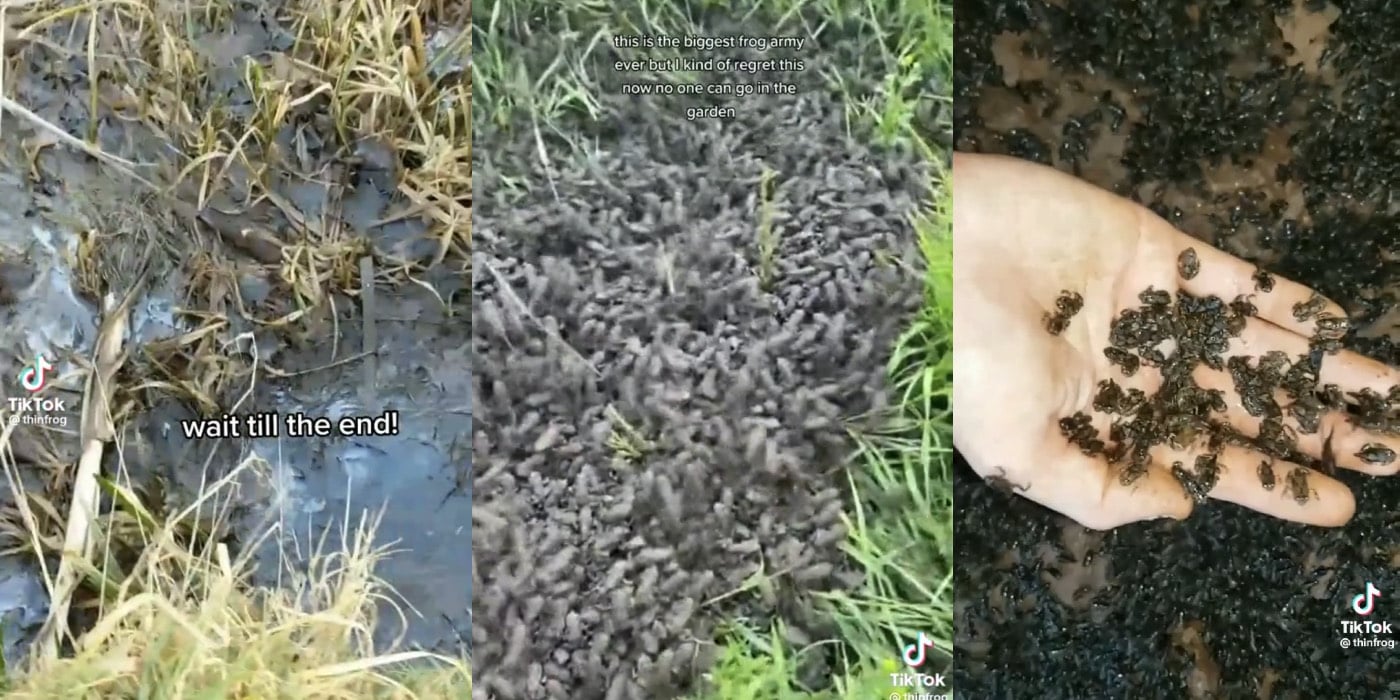 Another day, another dollar. And by “dollar” we mean “irreverent TikTok trend sending boomers into a spin”. Over the past two weeks, one man has become the main character of the internet by creating a “frog army”.

In February, a young TikToker claimed to be UK-based started building the frog army after noticing “some type of eggs” in a shallow pond near his home. More recent videos show that he claims to have gathered over 1.4 million eggs that have since hatched into tadpoles. “I wanted to create the largest frog army in history,” he said in one post. “Next year I will create a giant pond for 10 million frogs.”

Among all this was another TikToker who claimed to have released 100 million ladybugs in Central Park in New York City. His fate? A lawsuit. He is believed to have fled the United States.

So what has driven the likes of these breeders? Fans. Both have received millions of views and thousands of comments encouraging their behaviour leading to all kinds of ladybug and frog army shenanigans. Both have promised to release large numbers of other animals. Both have hinted at a collaboration. The frog revolutionary now has more than 2 million followers and over 20m cumulative likes across his page. The ladybug revolutionary has more than 42m views on his videos.

Who started the Frog Army? 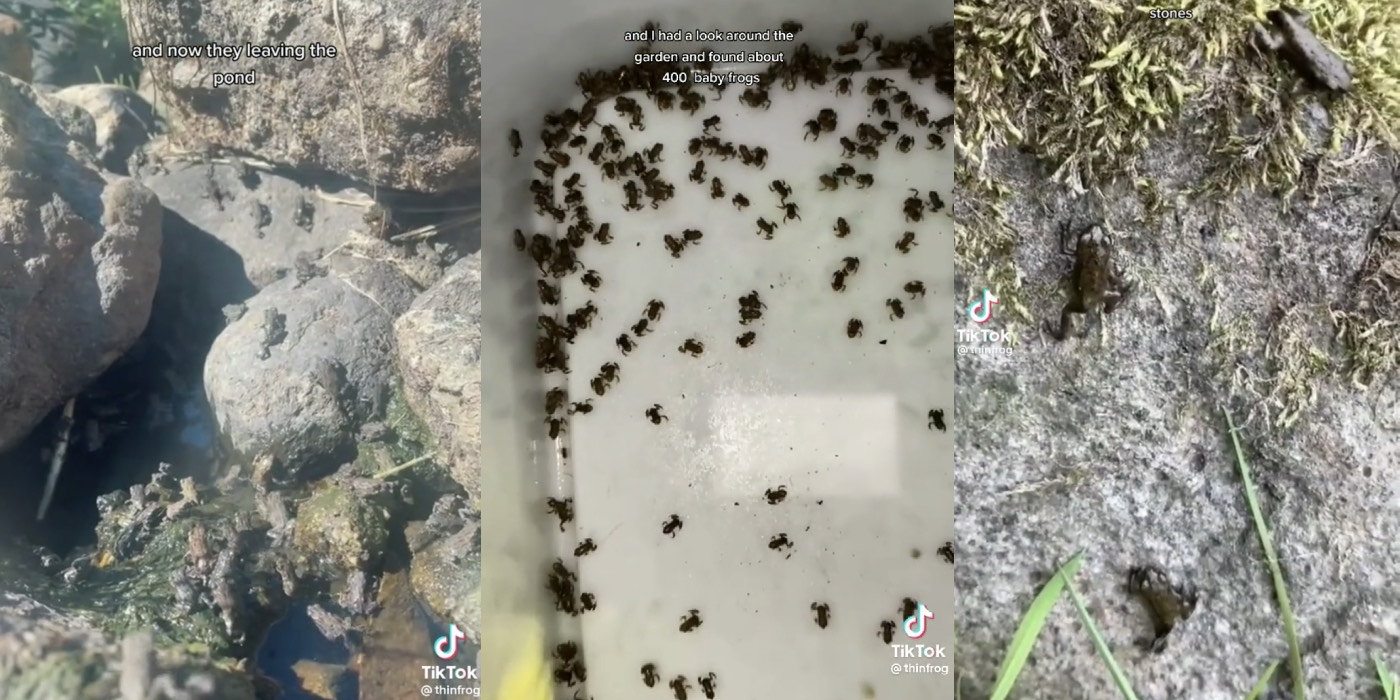 The Frog Army was started by TikTok user @thinfrog who documents himself allegedly building a “frog army” using eggs he saves from shallow ponds. Thinfrog began documenting the frog army in February 2022 and regularly posted updates over the following months, claiming to have hatched over 1.4 million frogs by June.

On February 22nd 2022, he posted a video where he scoops some eggs out of a pond, captioned, “I noticed some type of eggs in a shallow pond.. I have no clue what they are… they have brown dots inside anyways I might hatch them and see what they are follow to see them hatch,” gaining over 274,000 views in four months. Three days later, he posted a video where he takes more eggs from under a lily pad home to hatch them, gaining over 800,000 views.

He continued to post videos this kind of video into March, when he showed “thousands of frog spawn” that he added to his pond and singles one out as the “president” of the army, gaining over 1.2 million views in three months. On March 7th Thingfrog posted a video deciding on an egg to be “the king,” placing it with the president, gaining over 6 million views in three months.

He has come under serious fire for lacking the resources and knowledge to properly hatch and care for this many frogs, seeing as having this concentration of frogs living together is rife for disease and frog cannibalism.

Is the Frog Army safe? 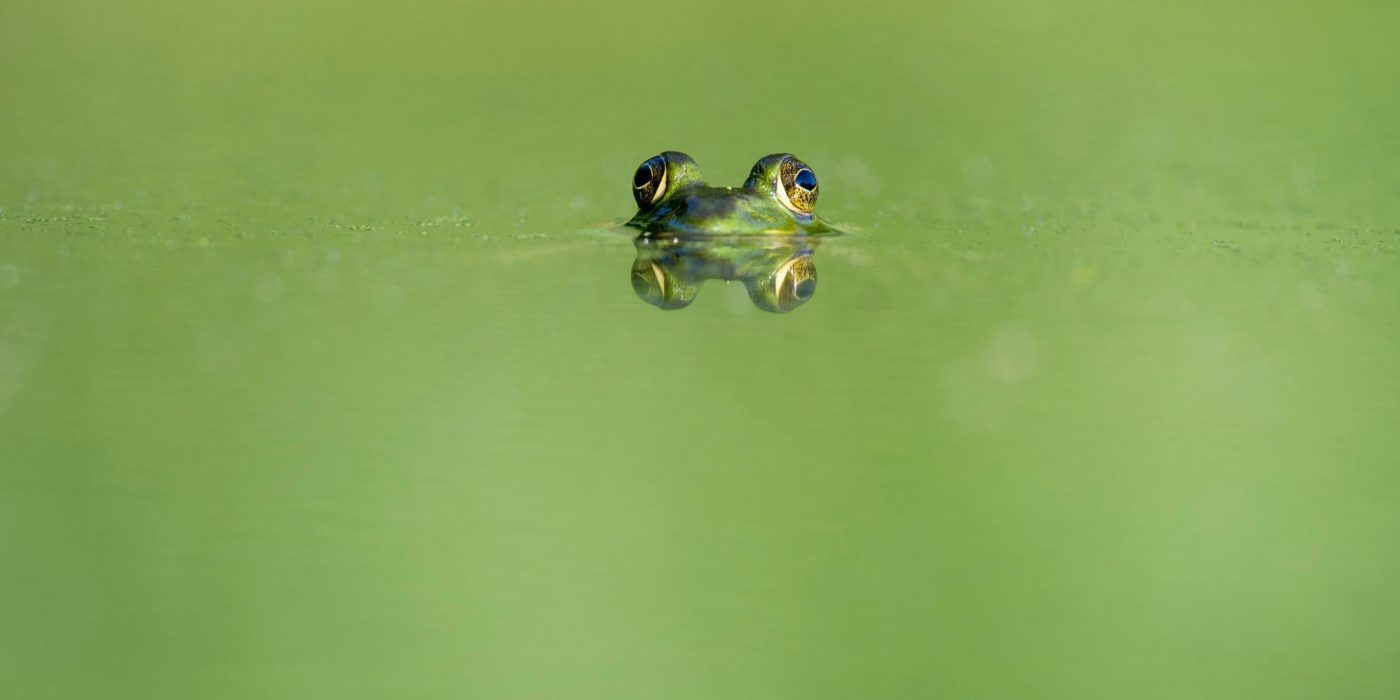 No, is the simple answer. Relocating species like frogs and butterflies can have grave impacts, according to Tierra Curry, a conservation biologist at the Center for Biological Diversity, who said the frog army story made her “cringe”.

Scientists say if true, the frog army is alarming given that human relocation of frogs is a huge threat to the species. One previous fungus introduced by humans redistributing amphibians has caused a “mass extinction” which wiped out over 90 species of frogs.

“It’s the law of unintended consequences,” said Chris Nagano, who worked as an endangered species biologist at the US Fish and Wildlife Service for almost thirty years. “I have no doubt this person may have thought he was doing a good thing, but he may actually be driving these populations to extinction.”

Is the Frog Army a hoax?

Is this real life? Are we all just getting a little bit too caught up in the frog army story when, in fact, it’s just a couple of Zoomers pulling a fast one on the oldies. Raising our heart rates and demoralising us to such an extent we stay away from TikTok forever? It would make sense.

The hoax claims were started by TikTok user @greenerbee, who revealed she recognised some of Thinfrog’s footage from a YouTube video that was uploaded four years ago.

This mini scoop led others to doubt the legitimacy of Thinfrog’s videos, which do tend to recycle footage. Another user pointed out that Thinfrog also borrowed footage from a YouTube video titled “Lots of Frogs” posted nine years ago.
One of the videos showing frogs hopping into other gardens is apparently located in Dallas, which makes the whole “UK-based Frog Army Revolutionary” come undone.

Will Frogs ever go extinct? 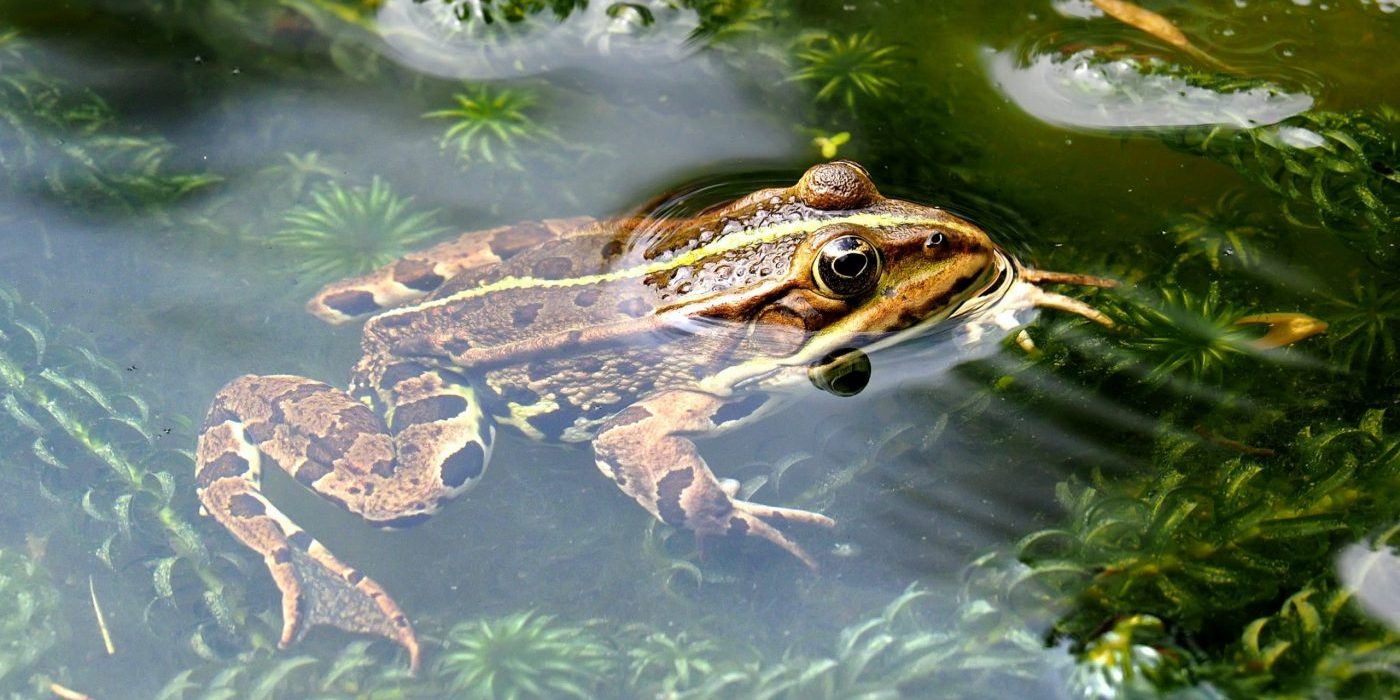 The world has lost at least 200 frog species since the 1970s, and hundreds more will face extinction in the coming decades, according to research made in the Proceedings of the National Academy of Sciences.

The paper, by biology professor John Alroy of Australia’s Macquarie University, estimates that at least 10 percent of all frog species will disappear by 2100. We’ve already lost 3.1 percent, according to his calculations.

The likely cause of the extinctions so far has been habitat loss and pollution, but the main driver has been the lethal chytrid fungus which has spread around the globe over the past 40 years through the pet trade and other human activities. The fungus attacks the epidermis and interferes with breathing and water intake and is deadly in many amphibian species.

Alroy wrote in the paper that his estimates are “extremely conservative.” He also noted that under the best case scenario frogs are currently disappearing several orders of magnitude faster than the normal background rate of extinction. The results of his recent research suggest “a runaway train of extinction” that is “likely to produce what would be seen as a global mass extinction.”

What is Frog TikTok? 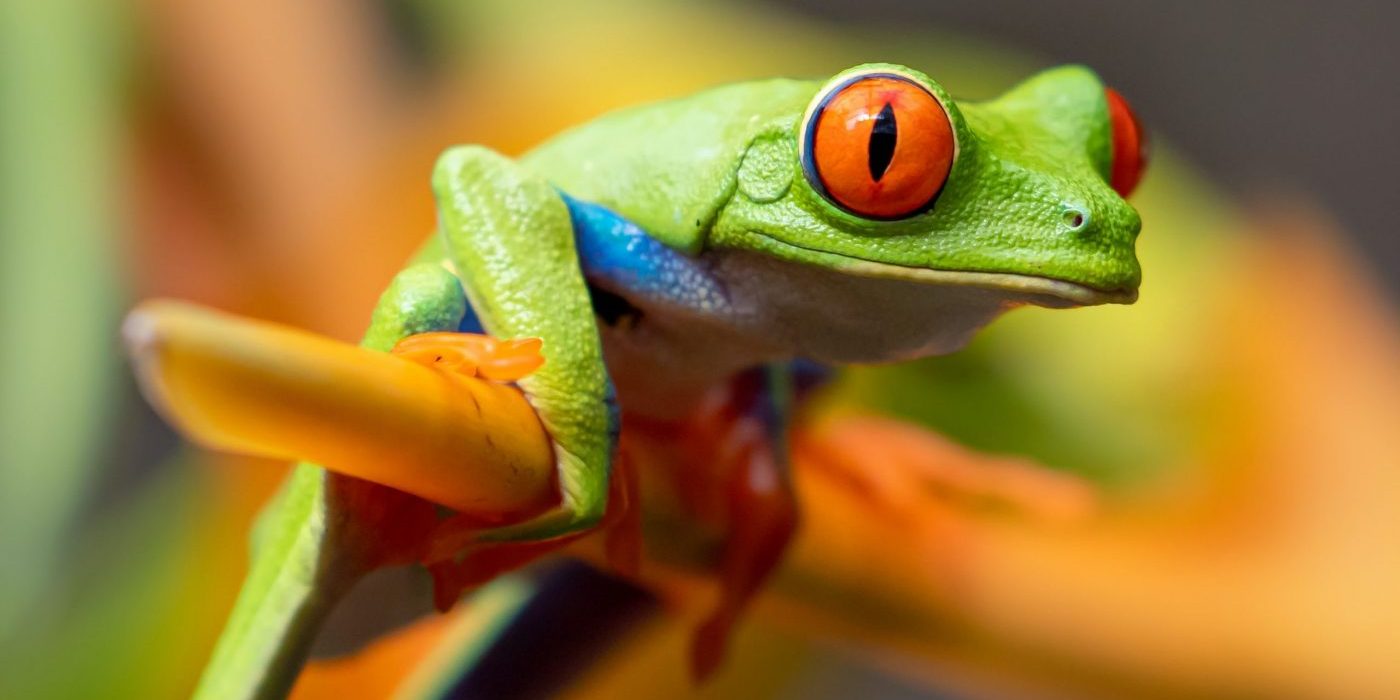 In slightly less eco-disaster news, there exists another frog-related side to TikTok with more playful undertones. Thinfrog is nowhere to be found here.

The genre ‘frog lesbian’ has ballooned over the years, with the hashtag #lesbianslovefrogs now boasting over 782,000 views, and a search for frog lesbian showing thousands of results.

Why are Frogs seen as LGBT+ icons? 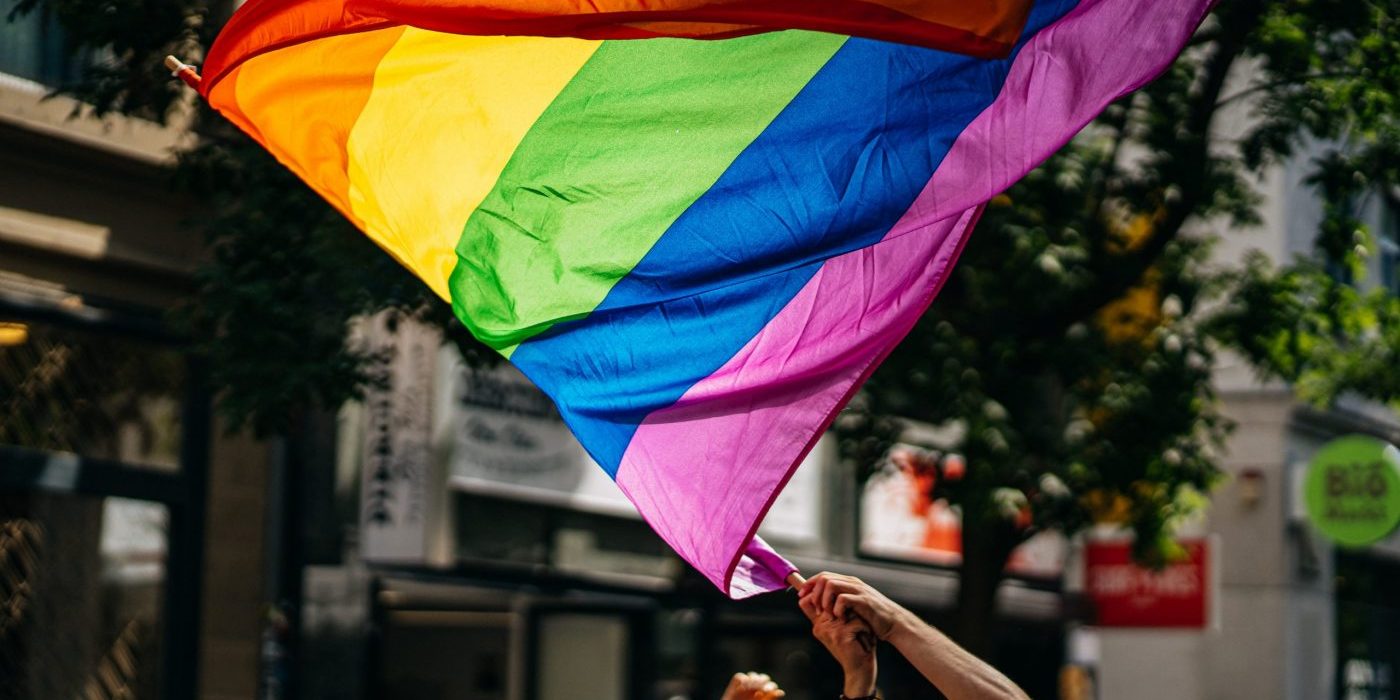 There are a few of reasons why frogs may be linked to lesbians. A couple of years ago, American shock-jock Alex Jones went viral for claiming on his show InfoWars that water was being poisoned and, as a result, “turning the frickin’ frogs gay!” His channel then uploaded a video titled “Proof! Gay Frogs Are Real”, inadvertently making the humble frog a gay icon of sorts.

Frogs-as-memes predate Alex Jones however. We had Kermit sipping tea. We had Dark Kermit convincing you to act in your sordid interests. Then Here Came Dat Boi and the “It’s Wednesday my dudes!” Vine legend. There was also the controversial Pepe. Frogs have represented both sides of the social spectrum. It should come as no surprise that TikTok - the social media platform that embraces surrealism more than any other - took the frog on board.

Some argue that the link between frogs and lesbian may derive from Cottagecore, another TikTok community. One queer woman told i-D why she identified with the movement so much, saying: “‘Lesbians tend to be oversexualised by the media. Cottagecore sees love as a connection between two souls.” And that soul could well be… a frog. Another said: “It especially makes me feel like the things I loved in childhood, like having farm animals and picking blackberries in the fields and getting lost in the woods, are cis- and hetero-coded. So for me, Cottagecore is an ideal where I can be visibly queer in rural spaces.”

Frog and Toad of Arnold Lobel’s book series, for example, are gay. Though Lobel never officially confirmed this, he did come out to his family as gay a few years after the first Frog and Toad book was published. And celebrations of Frog and Toad’s relationship romanticise their Cottagcore-esque country lifestyle and fashion sense that’s replicated by many modern gay people. Then you have the fan art, which depicts the couple’s sexual relationship. We’re not joking. It’s out there, loud and proud. Ribbit!