From Joke To Reality: Twitter’s Edit Feature Is Finally Here

Great news for perfectionists and trolls alike: Twitter has finally caved to user pressure and delivered us an edit button. “If you see an edited Tweet, it’s because we’re testing the edit button. This is happening and you’ll be OK,” the company tweeted earlier.

Twitter will roll out the test run in the coming weeks to subscribers of Twitter Blue, a premium service that costs £4.33 per month. With this new tool, users will be able edit a Tweet several times in a 30-minute timeframe after publishing a post. Twitter Blue is however currently only available in the US, Canada, Australia and New Zealand.

“Tweeting will feel more approachable and less stressful,” Twitter said. “You should be able to participate in the conversation in a way that makes sense to you and we’ll keep working on ways that make it feel effortless to do just that.” In light of this, let us explore the journey Twitter has taken to this current day, the bumps along the road, and what fears normal users had about this tool. 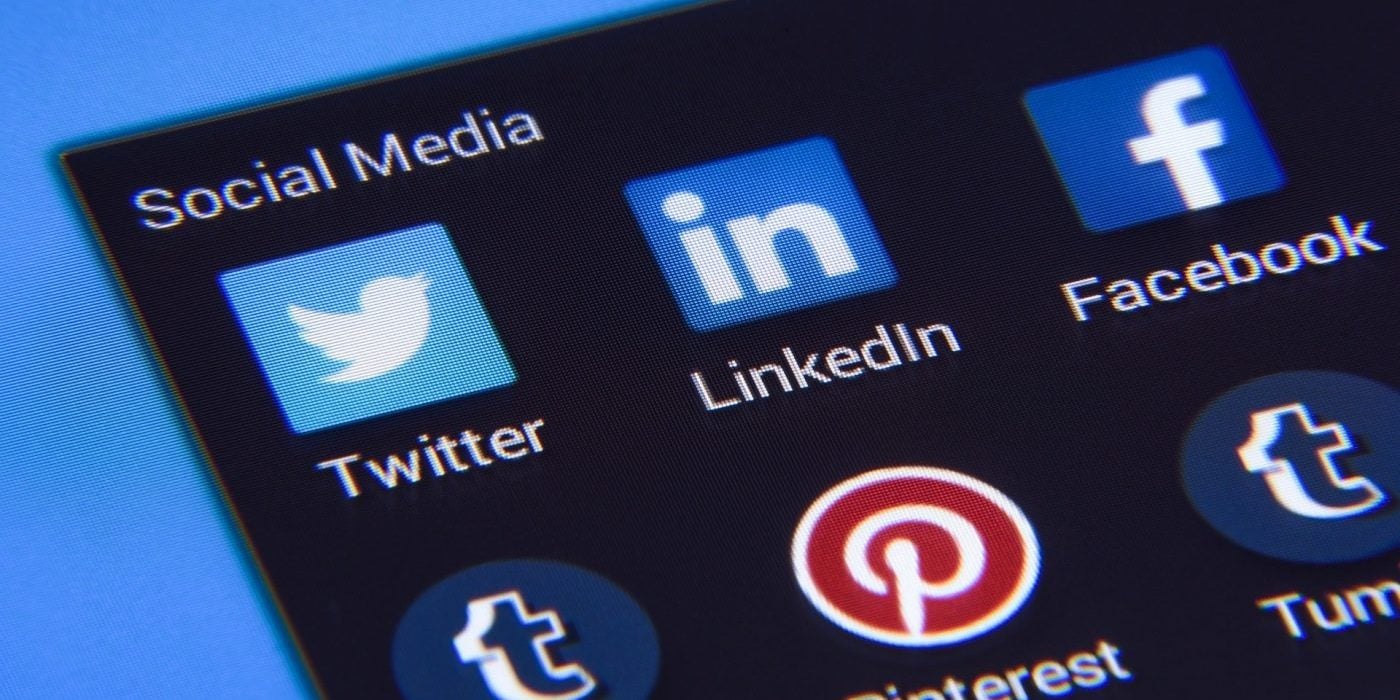 Ever since the launch of Twitter in 2006, users have begged and begged for an editing function so they can fix the annoying typos made in their posts. Twitter has always made it clear they had no intention of implementing such a tool, with the higher-ups in the company openly slating the notion. Twitter’s co-founder and former, CEO Jack Dorsey, answered yet another question about the fabled edit button during a Q&A with Wired back in 2019, replying: “The answer is no.” Twitter’s product lead Kayvon Beykpour, however, added around the same time: “Honestly, it’s a feature that I think we should build at some point, but it’s not anywhere near the top of our priorities.”

Dorsey always seemed keen to protect Twitter’s original purpose. He explained in the same Q&A: “We started as an SMS, text message service. And as you all know, when you send a text, you can’t really take it back,” he says. “We wanted to preserve that vibe, that feeling, in the early days.” Although keen to keep the platform fresh and innovating in other areas, he just wasn’t ever taken with the edit button as much as the users. 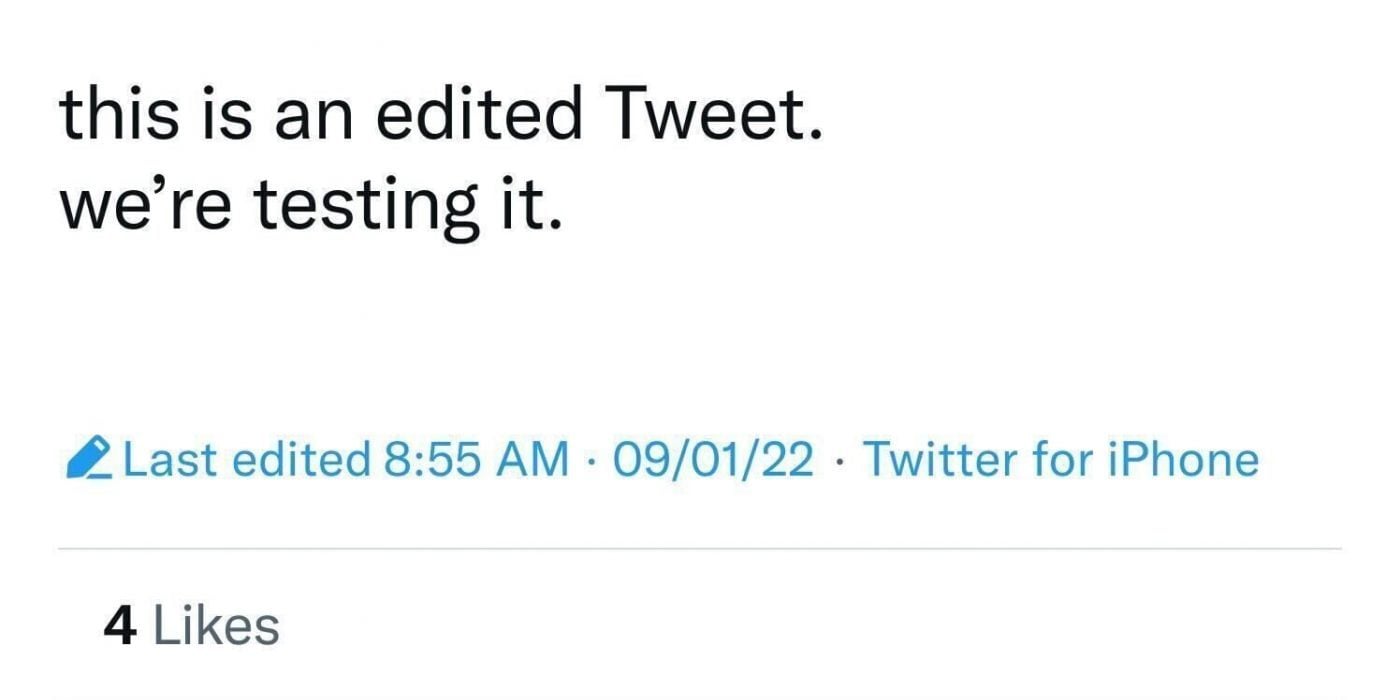 The test run of Twitter’s new edit button will at first be extended toward premium subscribers over the next few weeks before a potentially larger rollout. Tweets will be open to editing 30 minutes after they have been posted. Edited Tweets will appear with an icon and timestamp making to clear to other users that the original Tweet has been revised. By tapping a label below the Tweet, users will be able to see the Edit History, showing all past versions.

“For context,” Twitter state on their website. “The time limit and version history play an important role here. They help protect the integrity of the conversation and create a publicly accessible record of what was said. We’re hoping that, with the availability of Edit Tweet, Tweeting will feel more approachable and less stressful. You should be able to participate in the conversation in a way that makes sense to you, and we’ll keep working on ways that make it feel effortless to do just that.” 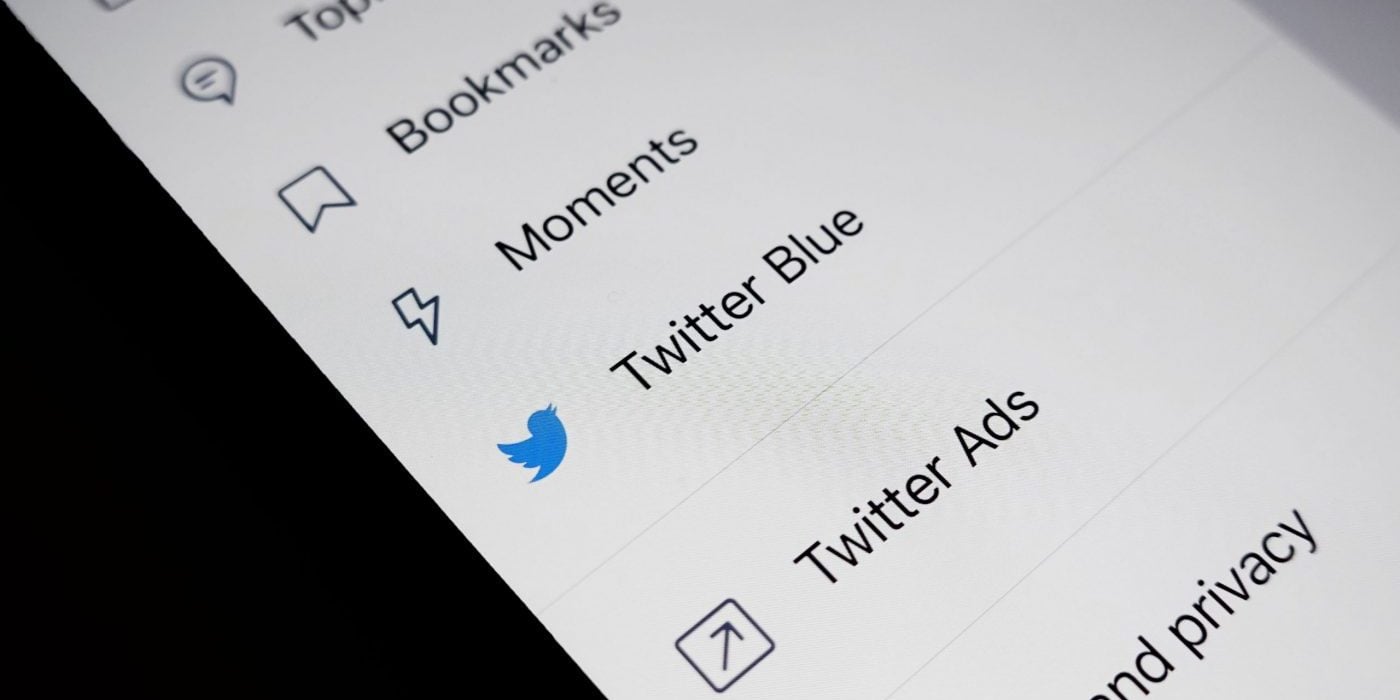 Twitter Blue, much like YouTube Premium, is a subscription service offering extra features for a monthly fee. Alongside calls for an edit button, Twitter users have spent the last sixteen years requesting several other features they believed would improve the platform. Some of these have come to fruition.

One, the Undo Tweet tool, is probably the most notable perk of having a Twitter Blue subscription. Similar to the edit function we’ve now got, the Undo Tweet feature offers users a quick way to amend a published tweet. You can preview and revise a tweet, reply or thread in a 60-second timeframe if you so wish. Blue also provides ad-free articles for its subscribers, which may seem an odd choice, but with the number of debates triggered by opinion pieces on the platform, it makes a lot of sense. Reading content across the LA Times, Washington Post, BuzzFeed, Rolling Stone and many more is now a smooth, uninterrupted experience.

Pros of having an Edit Button 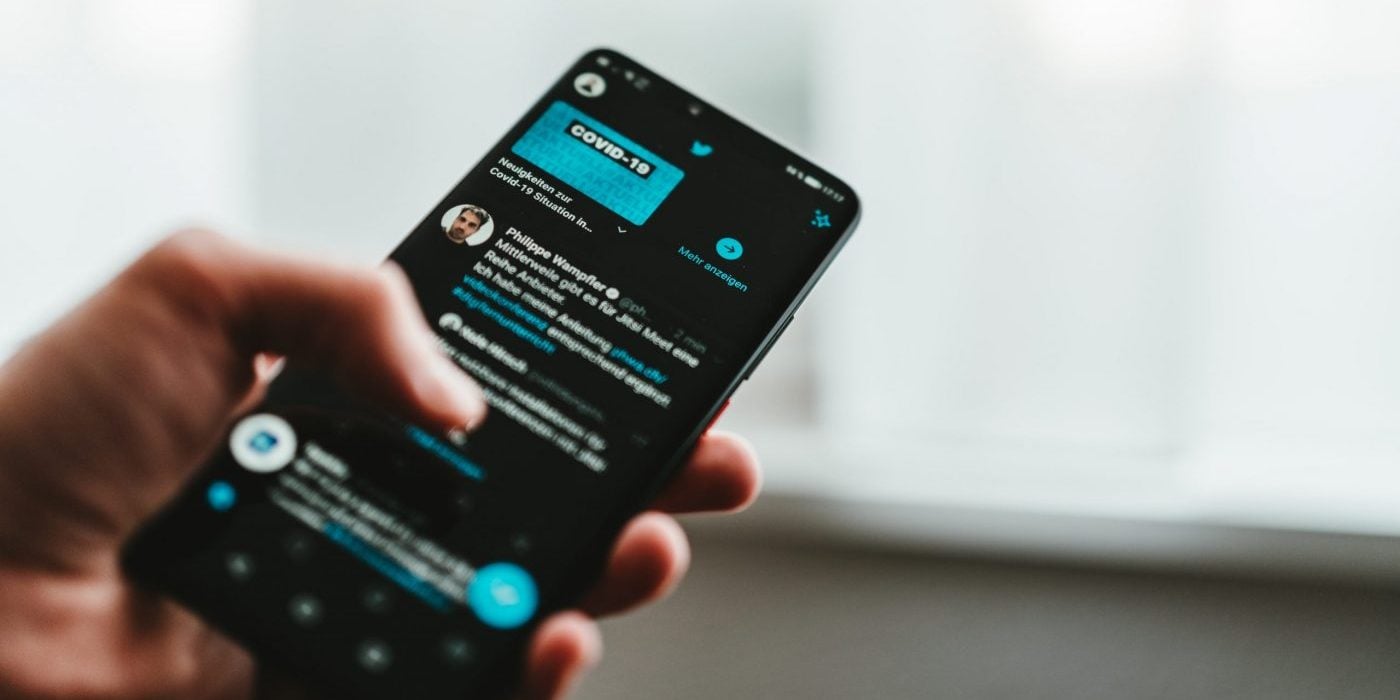 The main and most important pro of an edit button for many Twitter users is being able to fix any typos or mistakes from the posts you write. As Twitter continues to thrive on real-time responses to global news, spelling mistakes are easily made, ruining an important message you may be trying to convey. An edit button eliminates this problem entirely. Having the option of editing a Tweet may also give them more cachet as the hours or days pass by. As news unfolds, so could a Tweet bearing information on it. Similar to Reddit, a question could be updated with an answer.

On a shallower note, regular users who have gone viral on a Tweet containing a typo will be able to sleep better at night knowing they didn’t have to delete it and start again, losing out and all the original engagement. It also robs us of the fun of seeing somebody embarrass themselves online.

Cons of having an Edit Button 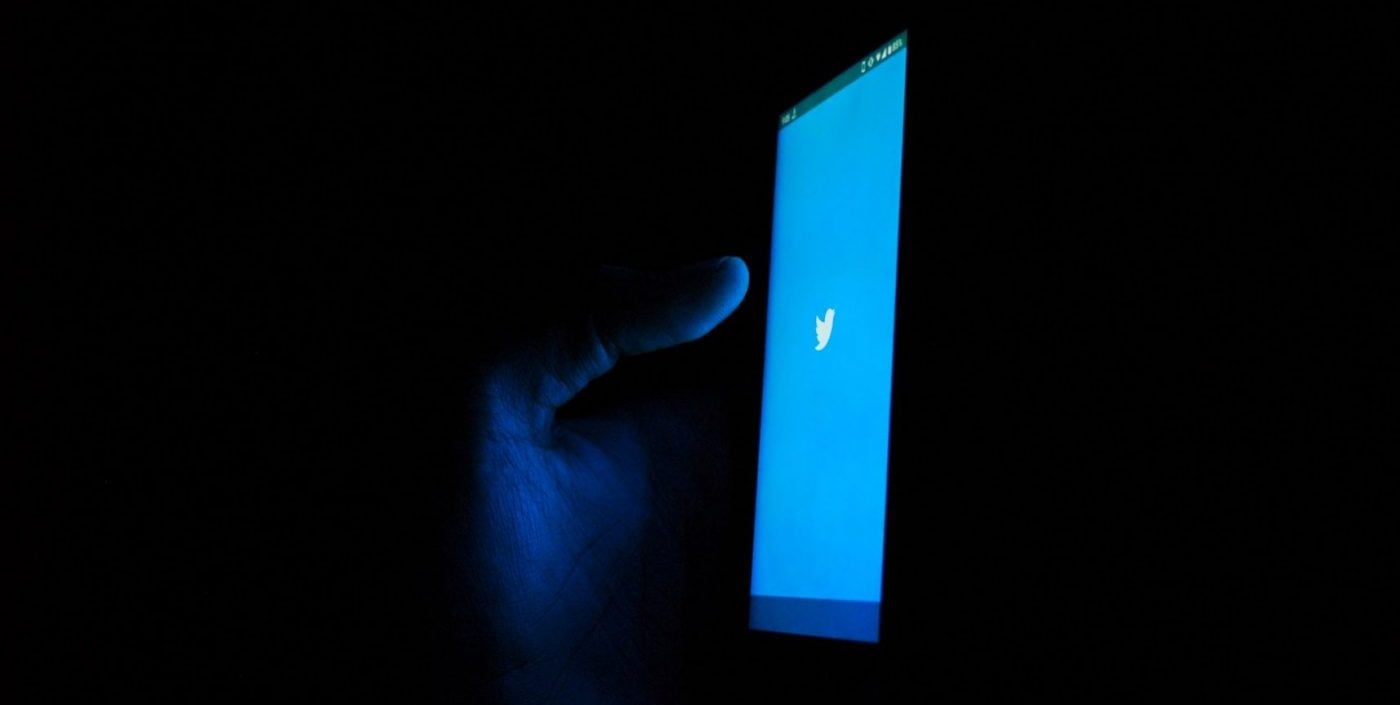 The main con of having an edit button is that Twitter, imperfect but effectively simple, would lose all sense of narrative if Tweets were constantly being edited to convey an opposite message from the original that thousands had endorsed via Retweet. Misinformation would likely go through the roof, leaving users even more confused and out of the loop than they already are.

Somebody could post a Tweet telling a joke a dad joke, for example, such as: “I used to have a fear of hurdles but I got over it.” Then, weeks later, maybe months, that person could edit the Tweet to, for example, “Drowning puppies is funny lol”. Unless Twitter introduces a notification for all edited tweets, then you have thousands of unknowing users with discriminating content on their account.

Hackers would also have the ability to change several if not hundreds of tweets from a random account, altering their entire online reputation. This could at best, prevent people from getting jobs (social media reviews are common among many industries now) and at worst, get an innocent person in trouble with the law.

Gennie Gebhart, the activism director at the Electronic Frontier Foundation, said: “You have to think through the abuse cases and how they’re specific to the particular platform. These platforms are big enough that no change you could make would be an unmitigated good for every single user. With an edit button, you have to think what are the possibilities for harassment, for gaslighting, or for deception?” 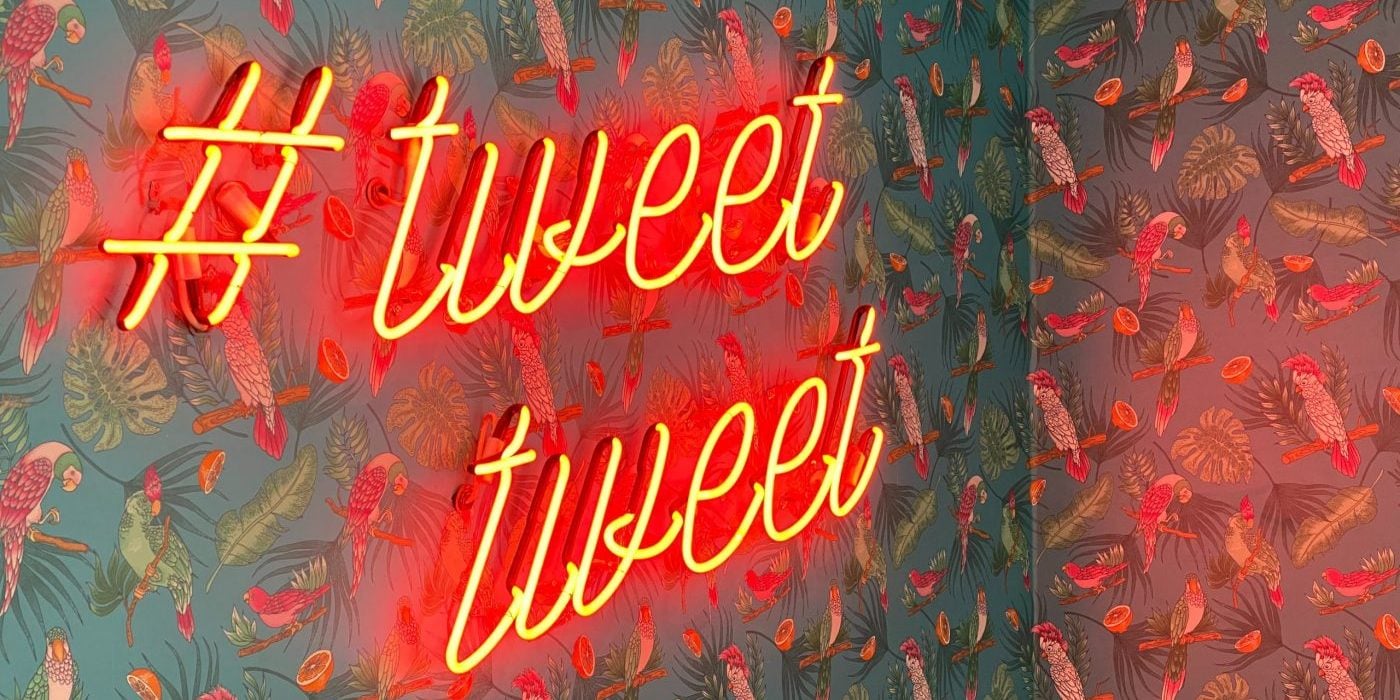 Twitter, remarkably, has been stoical about its service, despite huge pressure to change. The edit button, tame as it may seem, will act as a monumental change. The humble Tweet will transform into something potentially harmful and nasty as this function becomes the norm. Important dialogues and debates will be rendered intelligible through constant, random, edits.

Twitter, for now, doesn’t seem to be thinking about the social impact of an edit button. They are, however, thinking about the intrigue they will receive from developers. “We know how important it will be for you to have visibility into edited Tweets,” its Twitter Dev account tweeted on Thursday, “and we’re ready to offer read-support for edited Tweet metadata via the Twitter APIs.”

Twitter may be stressing over and over that this is just a test being ran with the chosen few who subscribe to the platform’s Blue service, but it seems likely that they will eventually roll this feature out to a wider usership.

Edited Tweets won’t just change your Tweet - they’ll change “The Tweet” and our relationship to it. Here’s hoping the company are ready for that.