Doctors used to promote cigarettes back then. 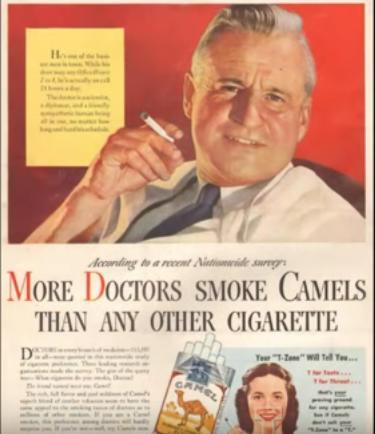 Before reports linked smoking to all sorts of nasty diseases, like cancer and heart disease, cigarette companies used real doctors to promote the health benefits of smoking. They claimed that smoking helped to reduce stress and curb appetite, which may be true. But we now know that the risks far outweigh the benefits. And by using doctors in their ads, the marketing companies were relying on the public’s faith in the medical profession and the belief that doctors were the smartest people around. Doctors are pretty smart… smart enough to make money on the side by being a cigarette spokesperson.

Coca-Cola used to claim that it can cure headaches. 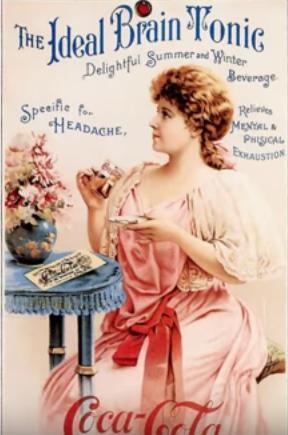 Coca-Cola was once marketed as a headache remedy. If we remember that the original formula for Coke contained cocaine, then we could believe this claim. Coke also contains caffeine, and if you have ever tried to kick a caffeine addiction, you know that there are days of headaches in store for you as the caffeine leaves your system. The best relief for a caffeine withdrawal headache is nice, a big glass of ice-cold Coca-Cola.