Hilarious Struggles That ALL Tall People Will Relate To

Hilarious Struggles That ALL Tall People Will Relate To

The same applies for height. If you’re on the shorter side of life, all you want is to grow an inch or two. If you’re towering above everyone, you sometimes wish you could just shrink a bit. We’re just never happy…

Of course being tall comes with its advantages, but there’s also a few drawbacks (and they’re giving us endless entertainment). If you don’t laugh, you’ll cry…

You can’t beat a ‘window’ seat.

You’re either an aisle or a window person- let’s be honest, is anyone actually a middle seat fan?

That is unless you’re blessed in the height department anyway. An aisle seat means you can’t stretch your legs without tripping someone over, and with the window seat, we your head might be in the clouds, but your eyes certainly won’t be. 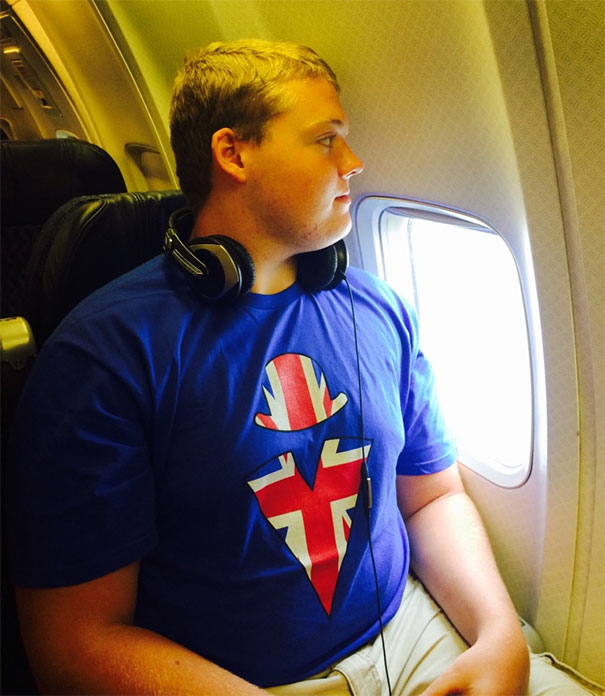 Things can get a little awkward in the bathroom.

This one’s an issue for the EXTRA tall amongst us. You might find yourself accidentally overlooking someone’s quiet time, through no fault of your own. 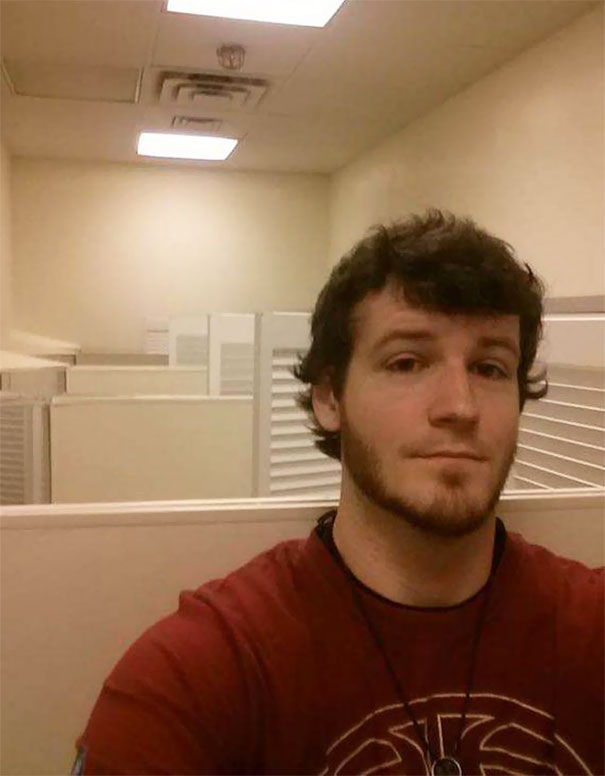 Any boy under 6 feet is ‘short’ and flats are your preferred choice of footwear.

I feel like tall men get a much easier ride than tall girls do. Of course, it has its advantages- supermodels tower over the rest of us, you don’t have to wear heels to get that ‘bit of extra height’- you’ve already got that one on check.

But, when it comes to some things, being a tall girl just really doesn’t work in your favour.

In the case of dating, for example. Unless you’re in to being taller than your man, then any guy under 6ft is off bounds. Of course, love knows no height, but I think I’d be right in saying that most girls would prefer their man to tower over them, rather than the other way round. 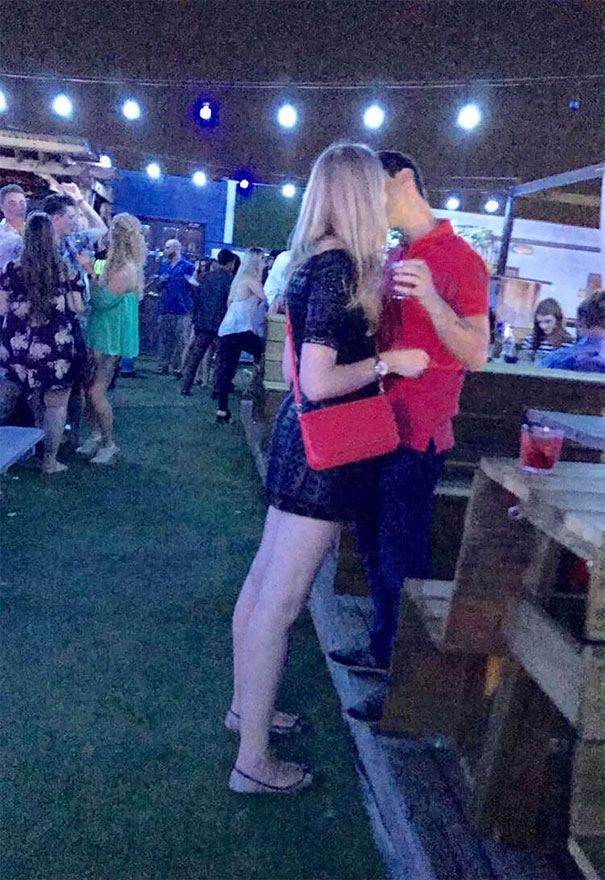 Why haven’t we thought of this one?

Now this is just genius. Some ‘full length’ mirrors barely cater for those anywhere above even 4ft, never mind for the tall ones. Handy for doing a mid-drift check, but anything above or below is out of sight. 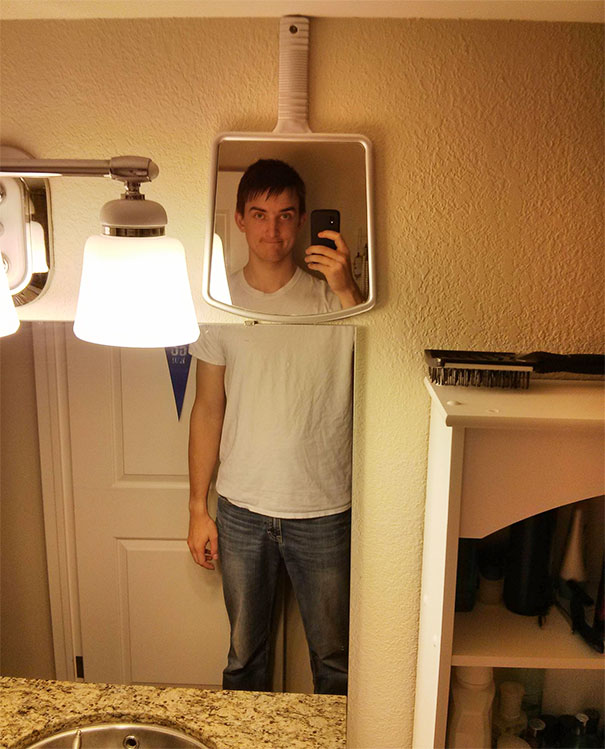 Your feet are only ever covered in bed by socks.

Most beds don’t accommodate for the longer humans in the world, leaving our feet out in the open air. 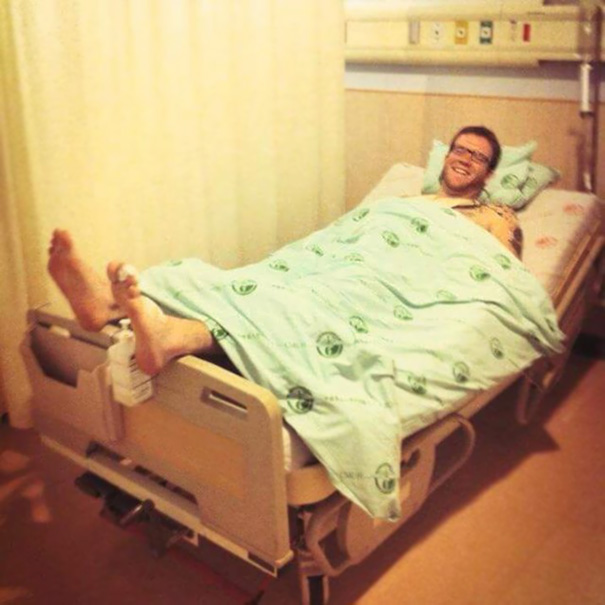 Every one of your friends seems short.

Even ‘normal’ sized friends seem short to you, as you tower above them and have to squat to embrace them. Heels aren’t your friend and it’s a pity short people aren’t as well. 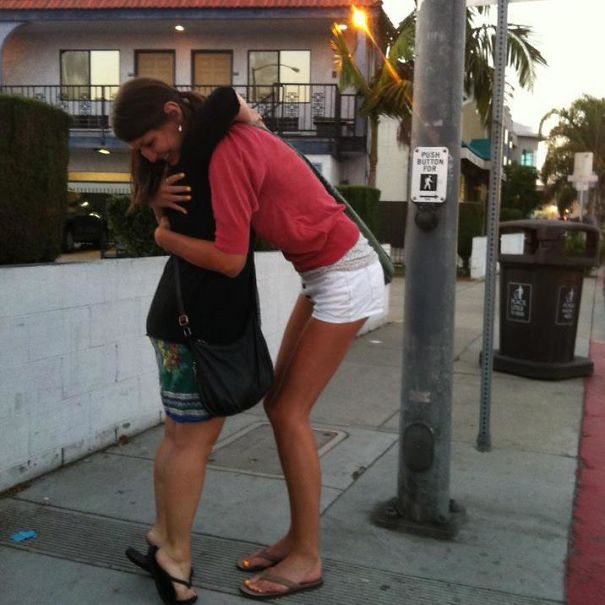 The kitchen counter is a long way down for some. To really get stuck in to your onion chopping and carrot dicing, you sometimes find it easier to just kneel and get head on with the action. 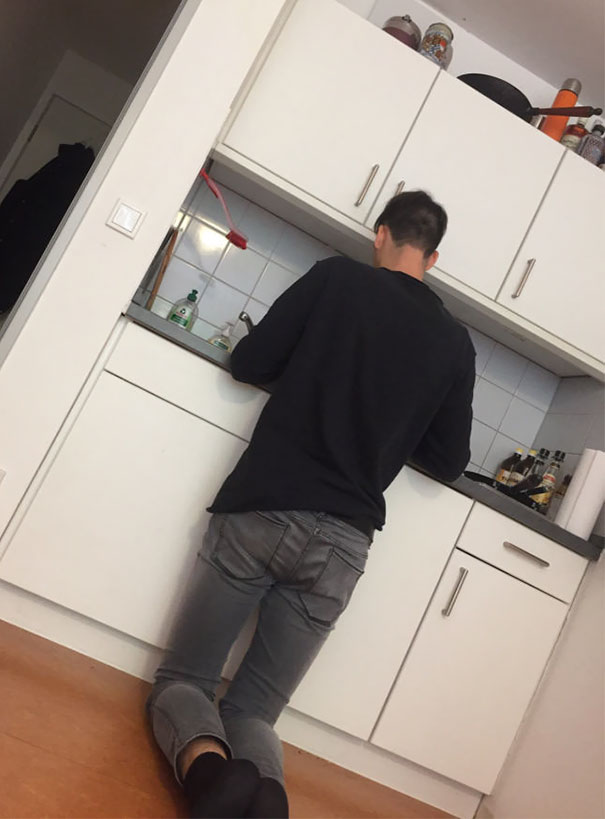 The crouch that makes an appearance in most pictures.

Im an effort to get on the same level as everyone else (literally), you take it upon yourself to crouch as low as possible, without it looking like you’re in need of the bathroom. 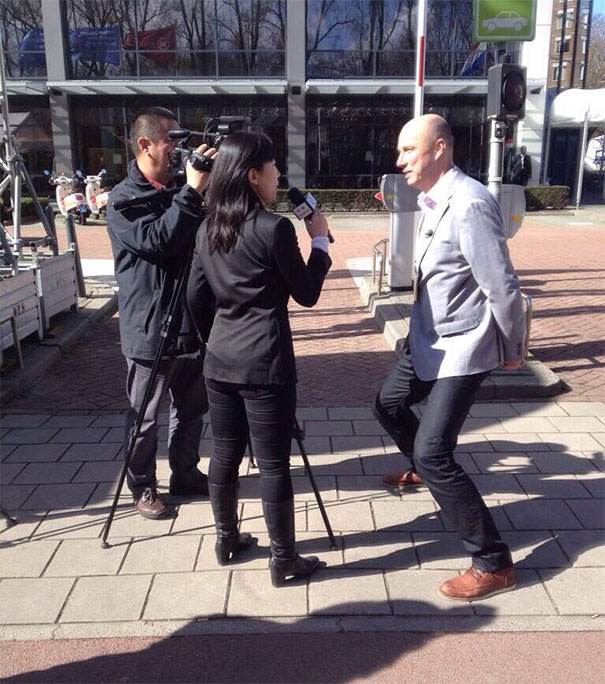 Soap dispensers and hand driers are usually at hip height.

Public bathrooms seem to favour those on the shorter side of life and forget about those ‘up in the clouds’. It’s another crouch situation… 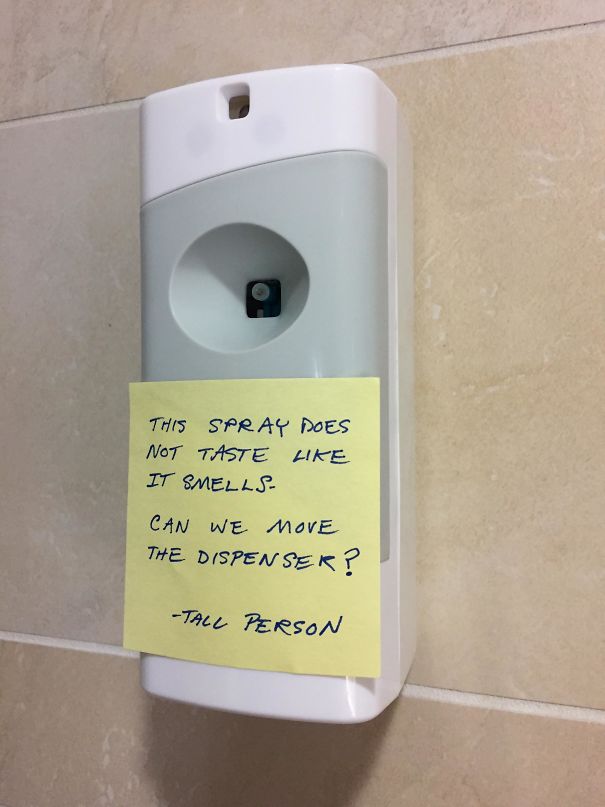 Now this is genius? Like a game of tetris…

The luxury of leg room isn’t a thing for tall people- not unless you pay extra for it anyway. Give this a try with your other tall friends next time you’re struggling for room to breathe… 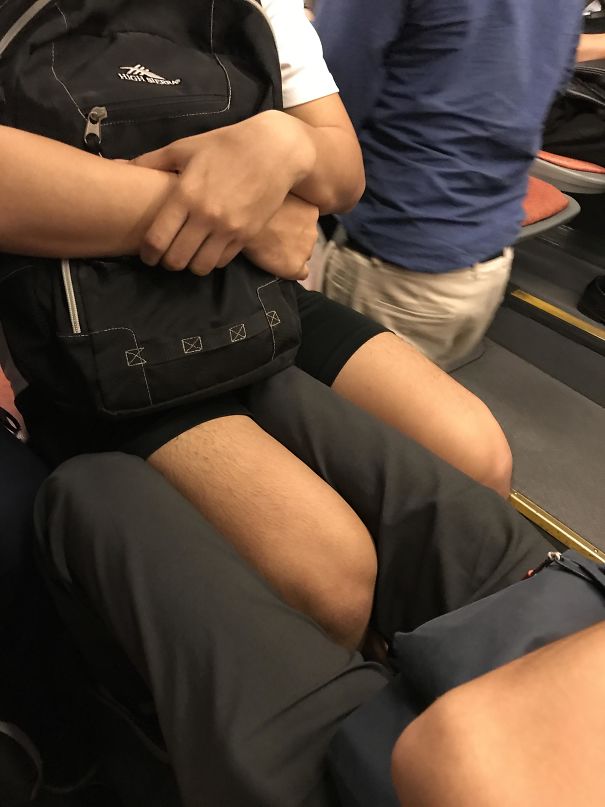 A different kind of business card.

This guy clearly had enough of answering the same questions, so answered them on a business card instead. Hilarious.

He’s got all bases covered here- from basketball to the weather ‘up there’; the age old questions that any sky-scraping human has to grin and bare, on the daily. 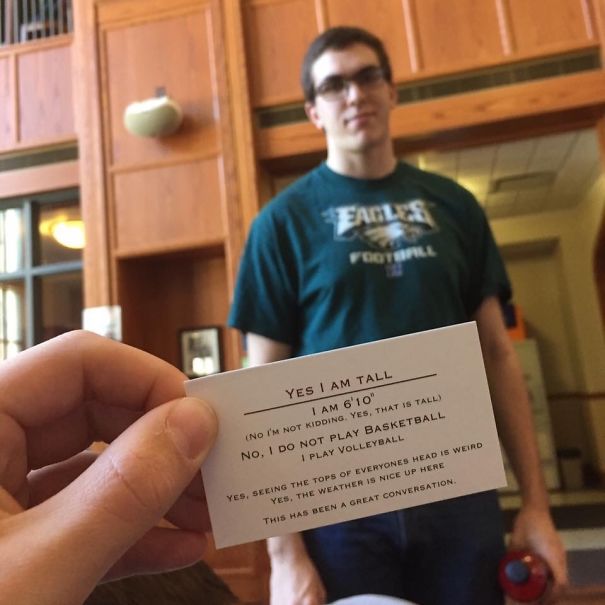 Have you got any relatable #tallproblems that we need to hear about?