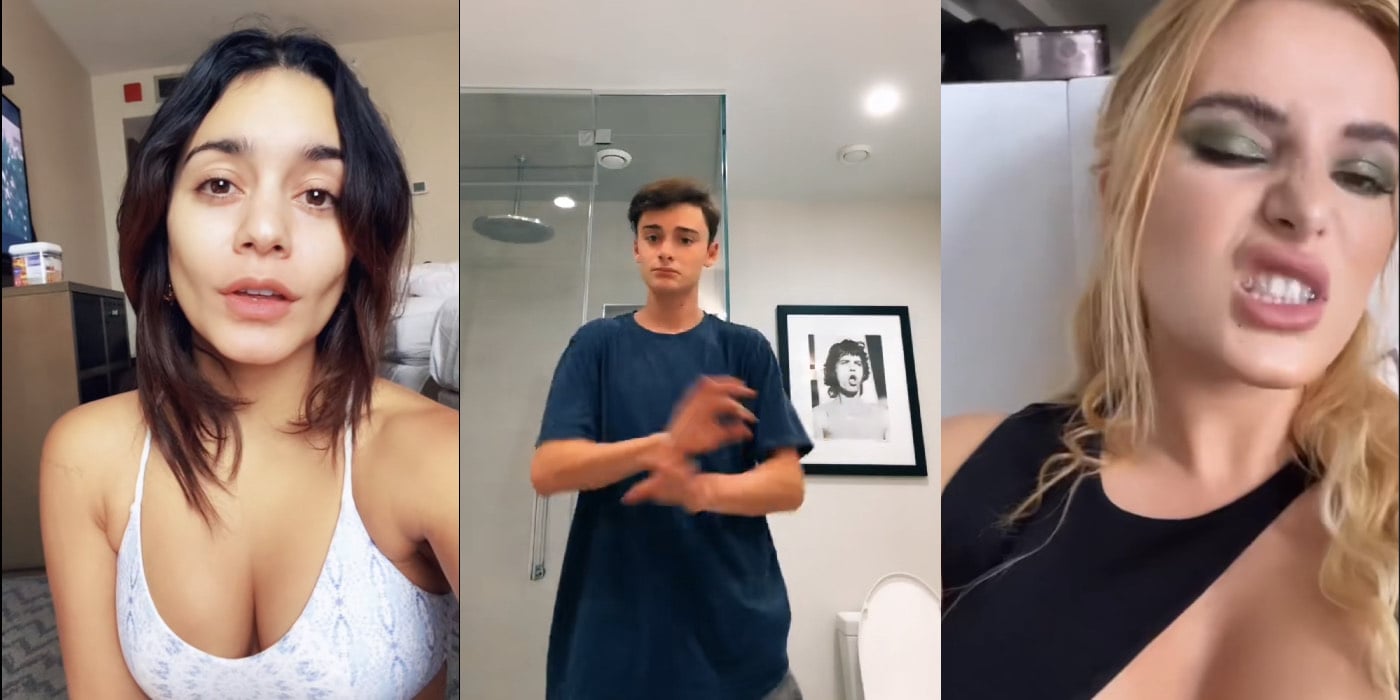 TikTok has a unique quirk as a social media platform. Unlike Twitter and Instagram, where the likes of Kylie Jenner and Cristiano Ronaldo rule the roost, it’s regular suburban teenagers that have the biggest followings on TikTok – and by a country mile. Kylie Jenner, for example, has 39.4 million followers on TikTok. Charli D’Amelio has 140.5 million.

Many Hollywood actors are on TikTok, even if they often play second fiddle to TikTok stars such as the D’Amelio sisters or Addison Rae. Some of these include Selena Gomez, Ashley Benson, Terry Crews and Bella Thorne.

Most people seem to love TikTok for its non-celebrity content. Its dance routines, makeup tutorials and life hacks. If you’re the type who only uses social media to see nice pictures and videos of the celebrities you like, however, then this is the list for you. Ten of the most followed Hollywood actors on TikTok.

That’s actors, remember. There’s plenty of famous singers with more followers than some of the actors below. That’s another list for another time! 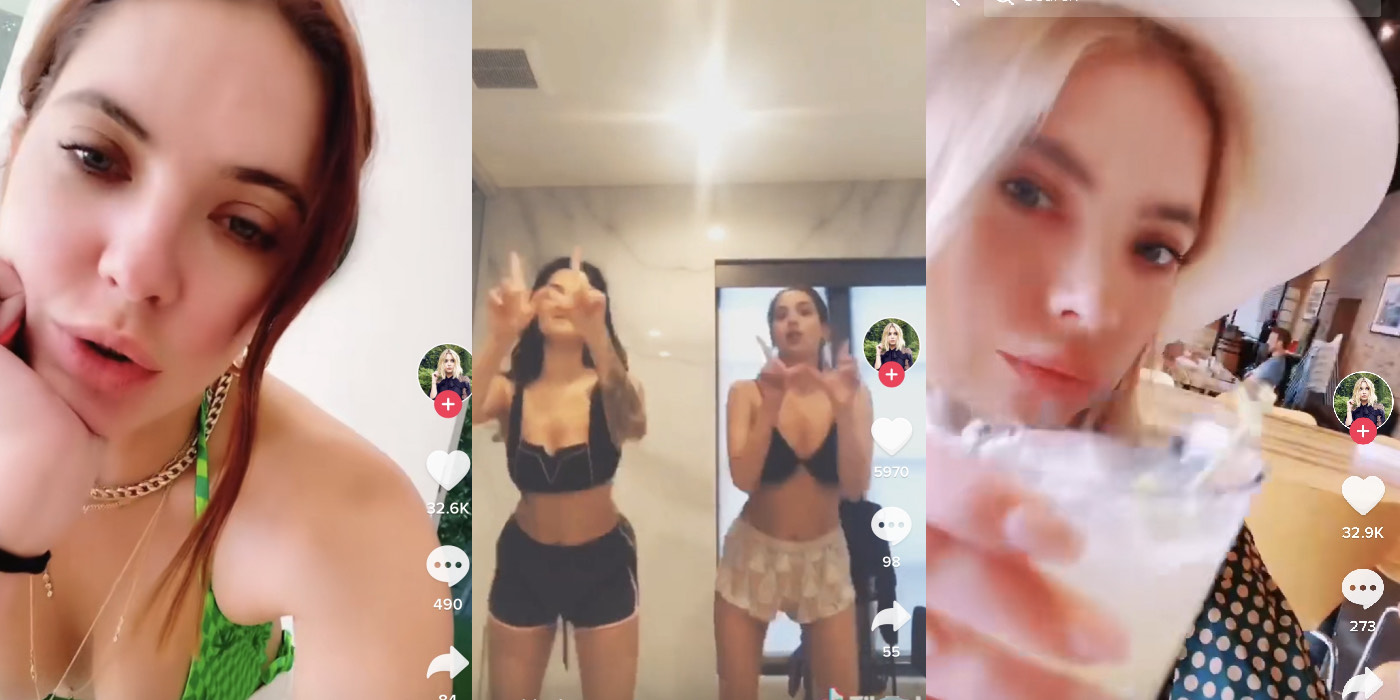 Ashley Benson is an American actor best know for her roles as Abigail Deveraux in soap opera Days of our Lives from 2004 to 2007 and It girl Hanna Marin in Pretty Little Liars. Today? She’s on TikTok mixing it up with the rest of them and has a following of 615.6k.

Benson originally joined TikTok in March 2020 in anticipation of the looming lockdown measures that were brought in across the globe. Isolated with then-girlfriend Cara Delevingne, the two began recreating famous scenes from Keeping Up With the Kardashians such as Kim and Kourtney’s fight over the candy at their children’s Candy Land-themed party and Kris Jenner’s introduction of a new pet pig for daughter Kylie. Another one saw them recreate a scene where Kourtney tries to get out of a conversation with Scott Disick. 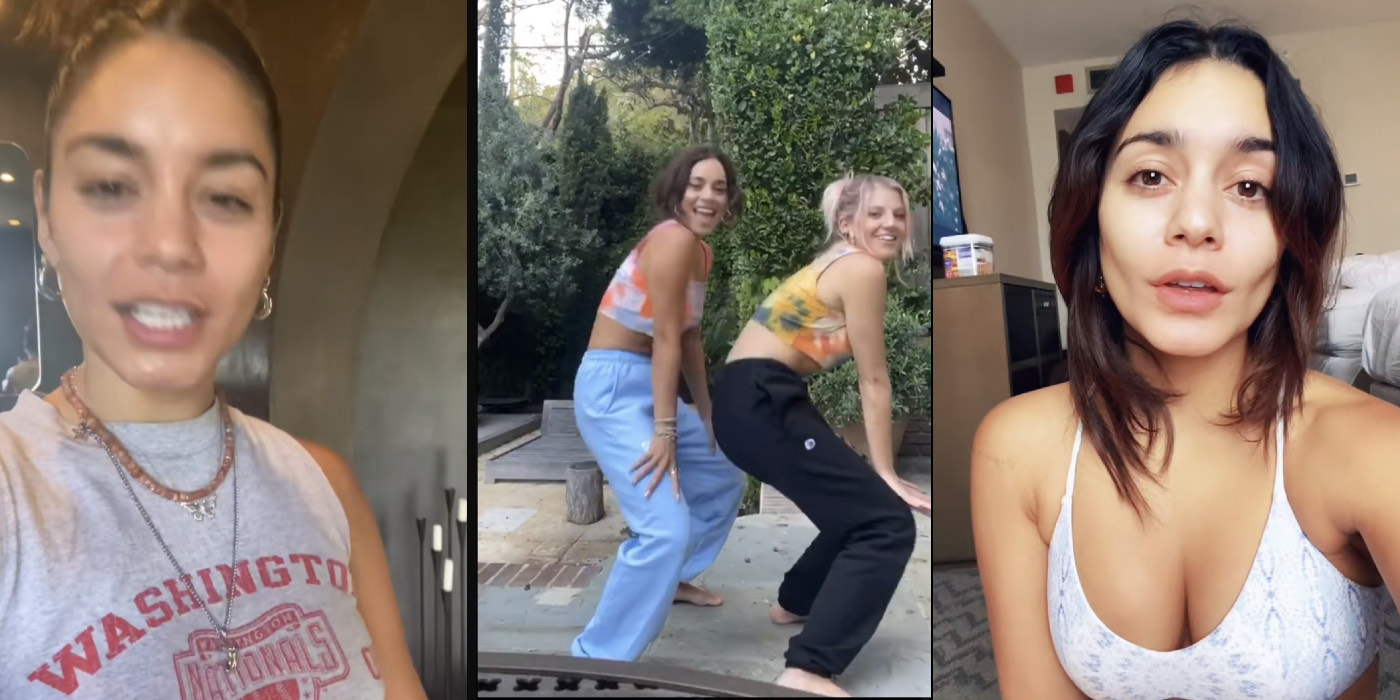 Vanessa Hudgens shot to fame as Zac Efron’s love interest in High School Musical way back in 2005. But she’s stayed as relevant as ever thanks to her presence on TikTok where she shares a whole manner of content with her 4 million following.

Back in 2020, though, a clip of her being asked out by a man (who didn’t know who she was) went viral. Restaurant manager Manuel De Los Santos ran into Hudgens at a subway station in New York City. “We introduced ourselves and started getting to know each other,” Manuel told Buzzfeed. He eventually asked the actor out but she had to let him down as she was going out with then-boyfriend Austin Butler. 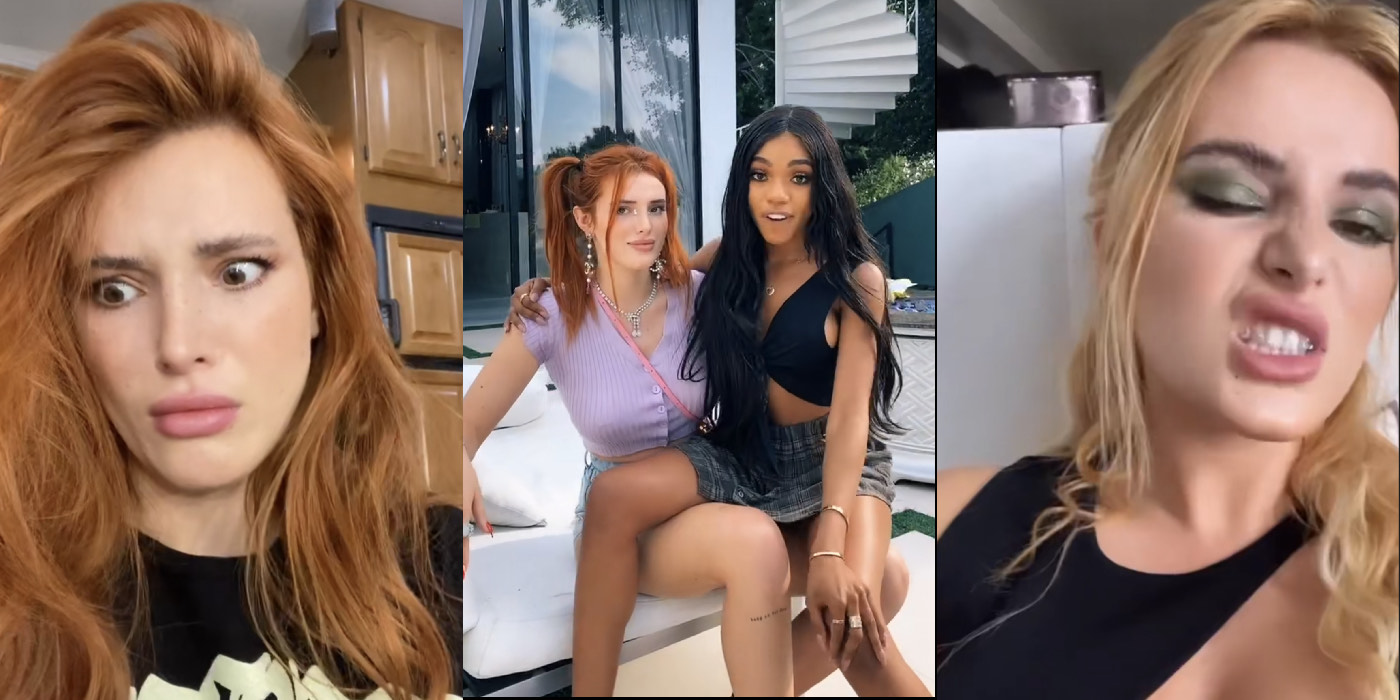 Controversial former Disney starlet Bella Thorne is a big hit on TikTok, with 5.6 million followers and 46.5 million video likes. A lot of Thorne’s content showcases a self-effacing approach to her past struggles with her mental health. Other videos are fairly conventional: song mimicry, dance routines with friends.

In 2020, Thorne made headlines for her TikTok beef with ex Tana Mongeau. Thorne had claimed to have been the first celebrity to create an OnlyFans, much to the annoyance of Mongeau who responded in a tweet with naming Thorne. Thorne then posted a video on TikTok of her mimicking Mongeau. Above her head was a text bubble with “When she thinks she’s a celebrity” written inside. Thorne spits out her water and laughs. It was all pretty fiery. 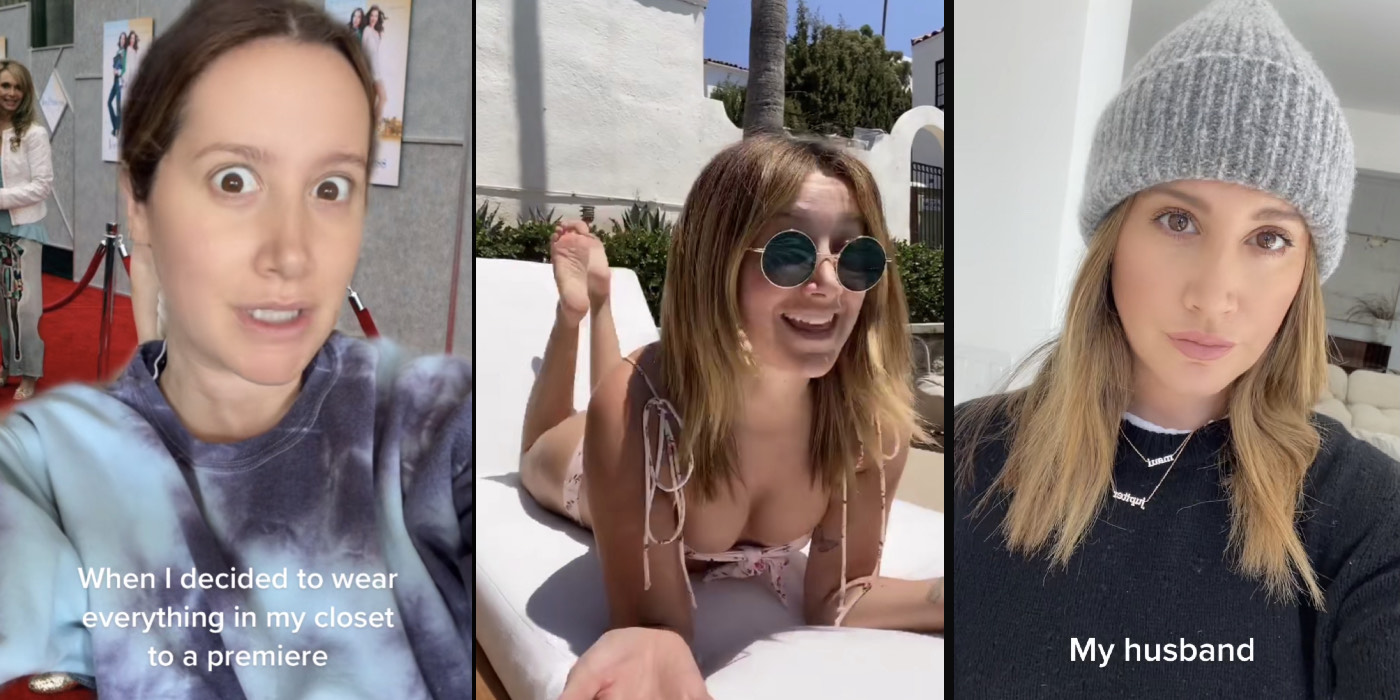 Ashley Tisdale captured many millennials and Gen Z hearts when she burst onto the Disney scene in 2005 with High School Musical and The Suite Life of Zack & Cody. Since then, though, she’s found a newer audience of 7.5 million people on TikTok. thanks to the help of some old friends.

Right as the world committed to social distancing and self-quarantining to help flatten the curve of the coronavirus, Tisdale and Disney co-star Vanessa Hudgens paired up to create some throwback content. Tisdale channelled her character, Sharpay, by doing a dance to High School Musical’s “We’re All In This Together” crescendo. Hudgens, meanwhile, posted one of herself lip-syncing while pouring a large glass of wine.

Reese Witherspoon was a bonafide star before signing up for TikTok in late 2019. Making a name for herself in Pleasantville and Election, she later portrayed Elle Woods in the box office hit Legally Blonde before going on to win an Academy Award in 2005 for her role in Walk the Line.

Witherspoon revealed she was going to join the app in an Instagram video with her teenaged son Deacon. In it, she asks “What is TikTok?” and if he’d help her make a video for it. Deacon obliges, Witherspoon drops some content, the rest is history. She now has 8.2 million followers. 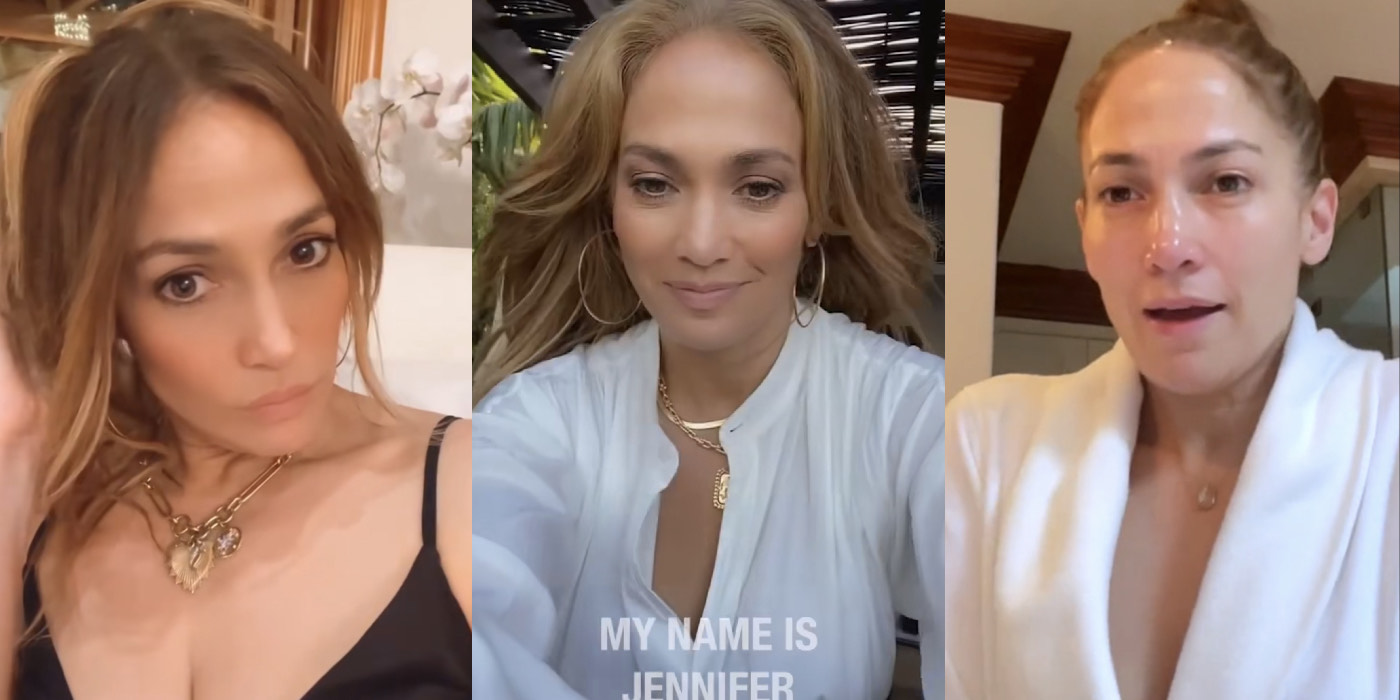 Though strictly more of a singer than actor these days, Lopez cut her teeth in the film industry so she’s going on the list. Her entry onto TikTok wasn’t as natural as maybe some of the others on this list as she had an aim to get fans excited about competition show World of Dance for which she serves as a judge.

“Hey guys, I want you guys to show me your best dance moves using hashtag #WODChallenge,” Lopez said in her first video posted to TikTok. The response was huge, with about 110 million views for videos with the #WODChallenge in little over 24 hours. Lopez carried on with TikTok outside of promotional work, amassing a whopping 15.1 million followers in the process. 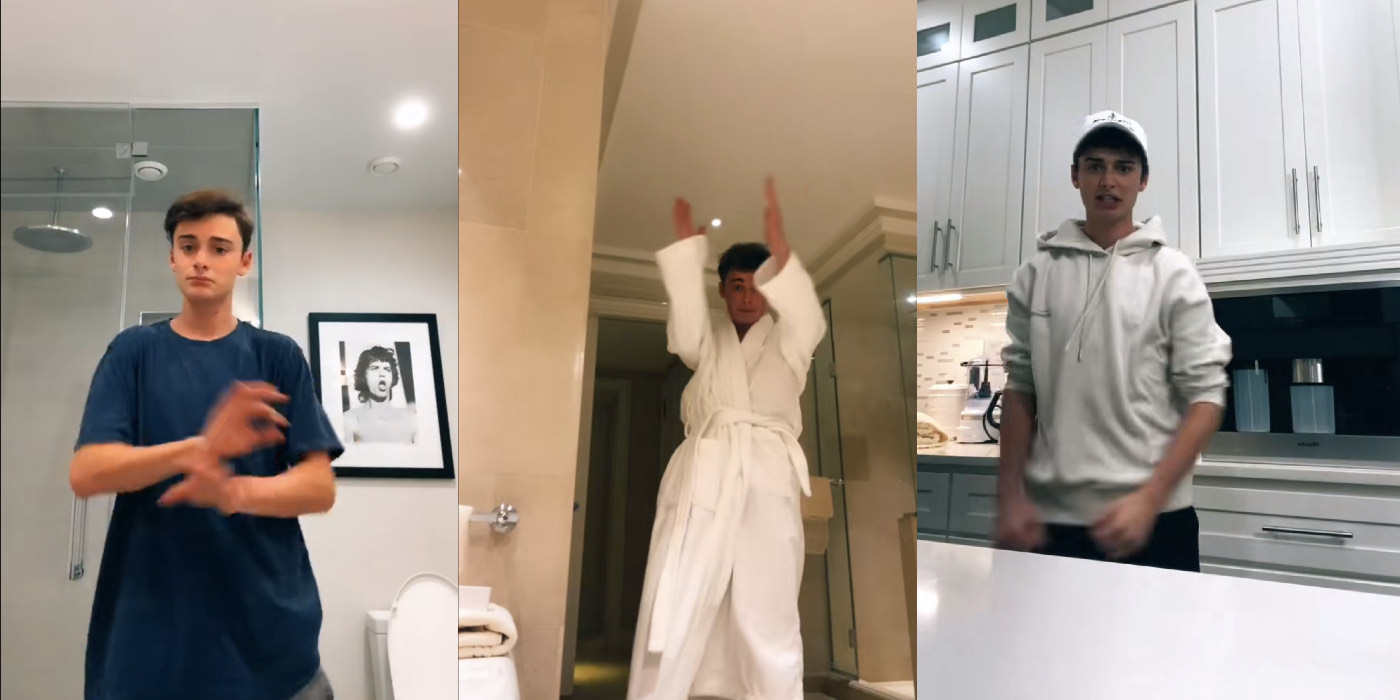 Noah Schnapp first came to public attention in the Netflix smash series Stranger Things back in 2016. And while Schnapp continues to act in and around the show, he’s also making a big impression on TikTok where he updates his 20 million followers with funny updates of his life. “All my friends had it before me and they were always using it and I always thought it was weird,” he told Variety in 2020. “I was like, “I’ll never get on TikTok. I’ll never be on there.” And then last year, everyone started to join and it started to get really big. And I was like, “O.K., I’ll give in.” The second I downloaded it, I got super addicted and was on it 24/7. It took up my whole screen time.”

He continued: “They appreciate my TikToks but it’s not for them. I always text Finn [Wolfhard] and say, ‘Do a TikTok dance with me. People would love to see that.’ But I got Millie [Bobby Brown] on there and it really took off. I’m getting them one by one.” Noah’s so popular on TikTok, some users presume that’s all he does. “I find that so funny,” he explained. “Some people come up to me in public and they’re like,’Oh my God, are you Noah from TikTok?’ It’s so weird to get recognized for that. I think it’s the really young fans who have never even heard of “Stranger Things.” Sometimes I’ll see a group of little kids on the street and they’ll be like, ‘Noah! Renegade for us!'” 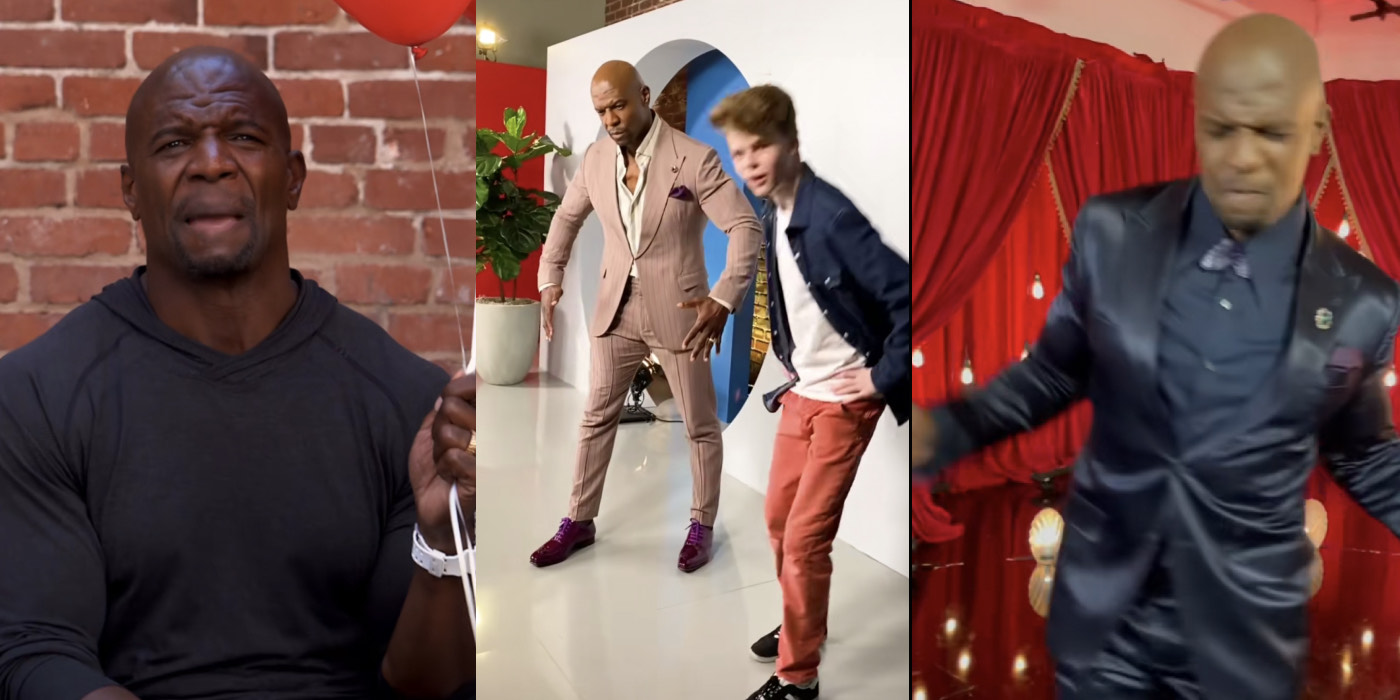 Terry Crews is massively popular as Terry Jeffords on NBC’s Brooklyn Nine-Nine, so it makes sense that the macho man is also big on TikTok. Crews boasts 21.3 million followers on the app. His content varies from workout videos, to cooking tutorials, dance routines, miscellaneous red carpet and BTS footage.

It hasn’t been a smooth ride for Crews. In 2021, he was caught in a social media backlash after he collaborated with Amazon to do a promotional video for their TikTok. In the clip, Crews spends some time in an Amazon factory, sharing the benefits of working for the company. Shortly after its release, Crews was called out for allegedly perpetuating a false narrative about working conditions at Amazon. 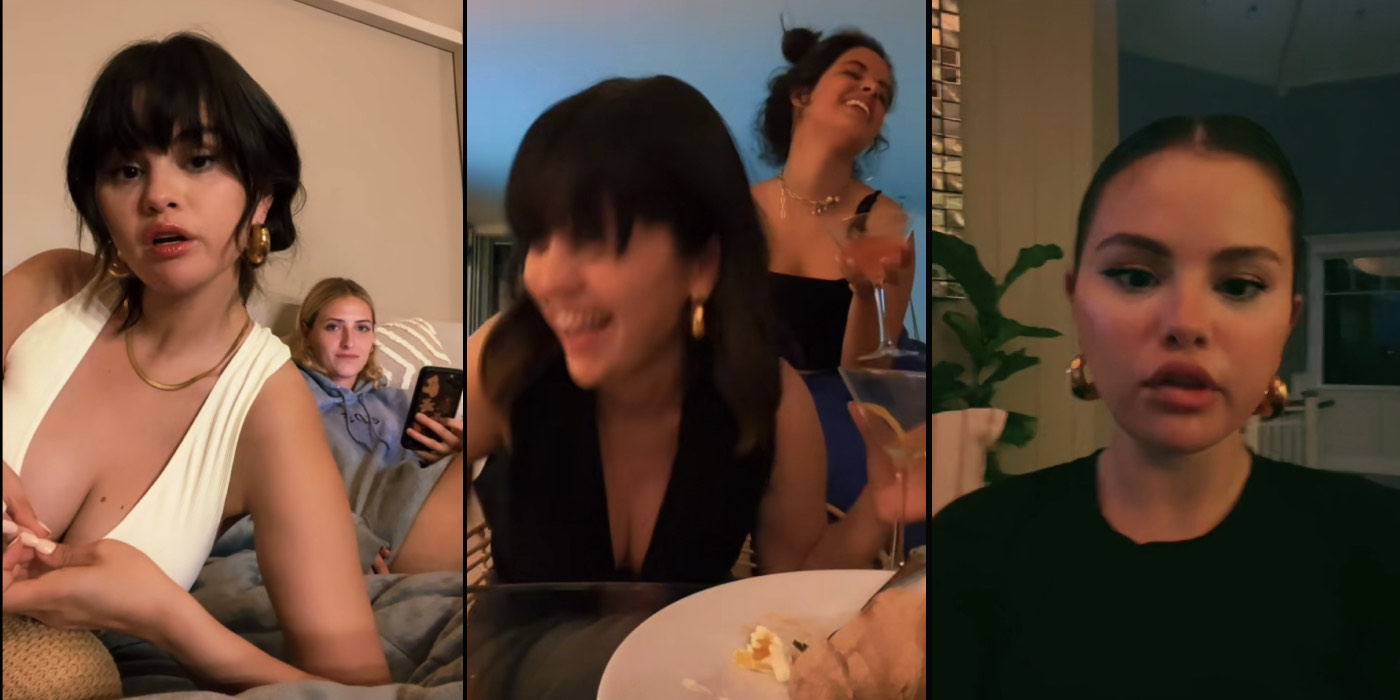 Selena Gomez, like Jennifer Lopez, has become famous for many things outside of her acting roots, in particular her singing career for which she’s received many accolades. Another pastime of hers is being a TikTok celeb with 40.1 million followers.

The 29-year-old actor has recently made headlines for her videos poking fun at her single life in a friendship group where everyone is paired off with a partner. In one clip, Gomez is sat on a couch shaking her head as she says, “No, I’m fine. I’m totally fine being single.” She then pans the camera over to the other side of the couch where two couples can be seen cuddling up with each other. A world-famous celeb struggling to to stay optimistic in the throes of an alienating singlehood? Totally relatable! 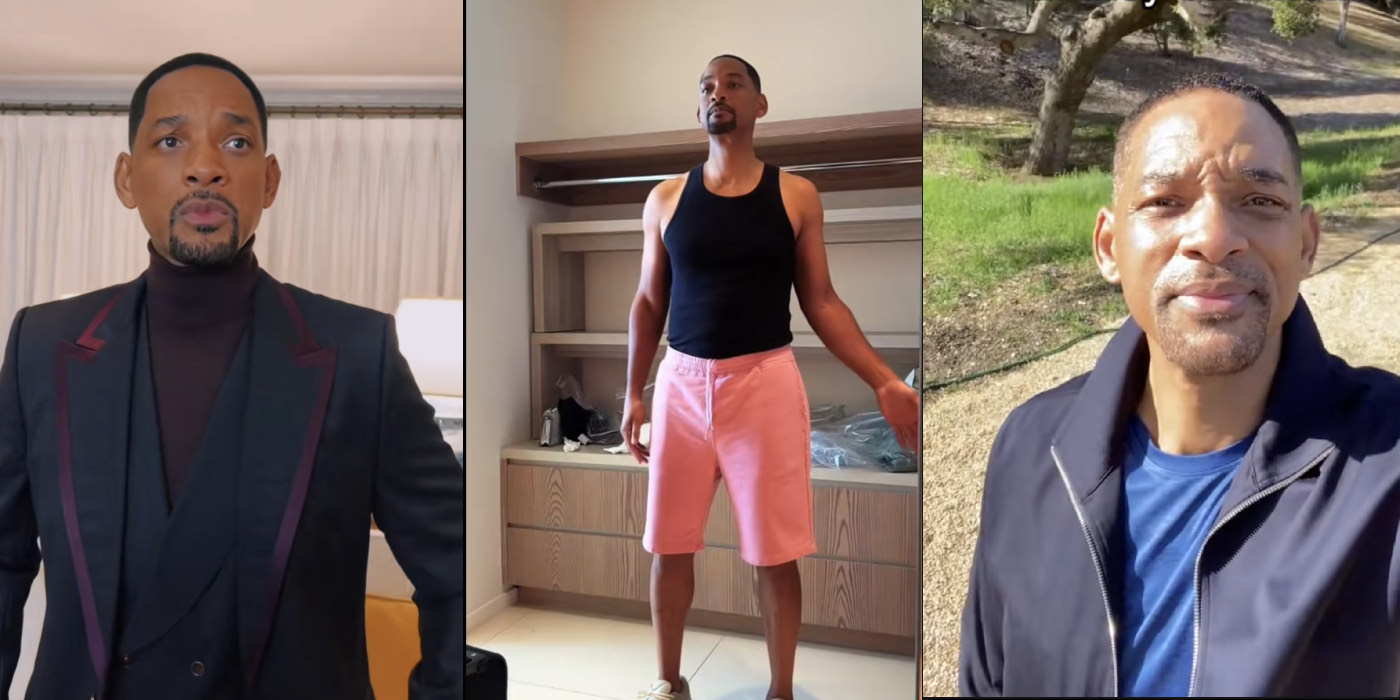 Will Smith, king of HollywoodTok. With 71.7 million followers, he is the most followed actor on the platform. A startling honour, even in the wake of his Oscars controversy. The people just cannot get enough of the former Fresh Prince.

Smith’s content, likely curated by a team of zoomers, is very “young” in its vibe, unlike other celebrities who embrace the idea of being out of the loop thanks to their age. Smith incorporates trending audio, songs and memes into his content to great success. He hasn’t posted on any platform since March, however, so watch this space. The Number 1 spot could change hands in the next year…