How much social media influencers make  –  and how they do it 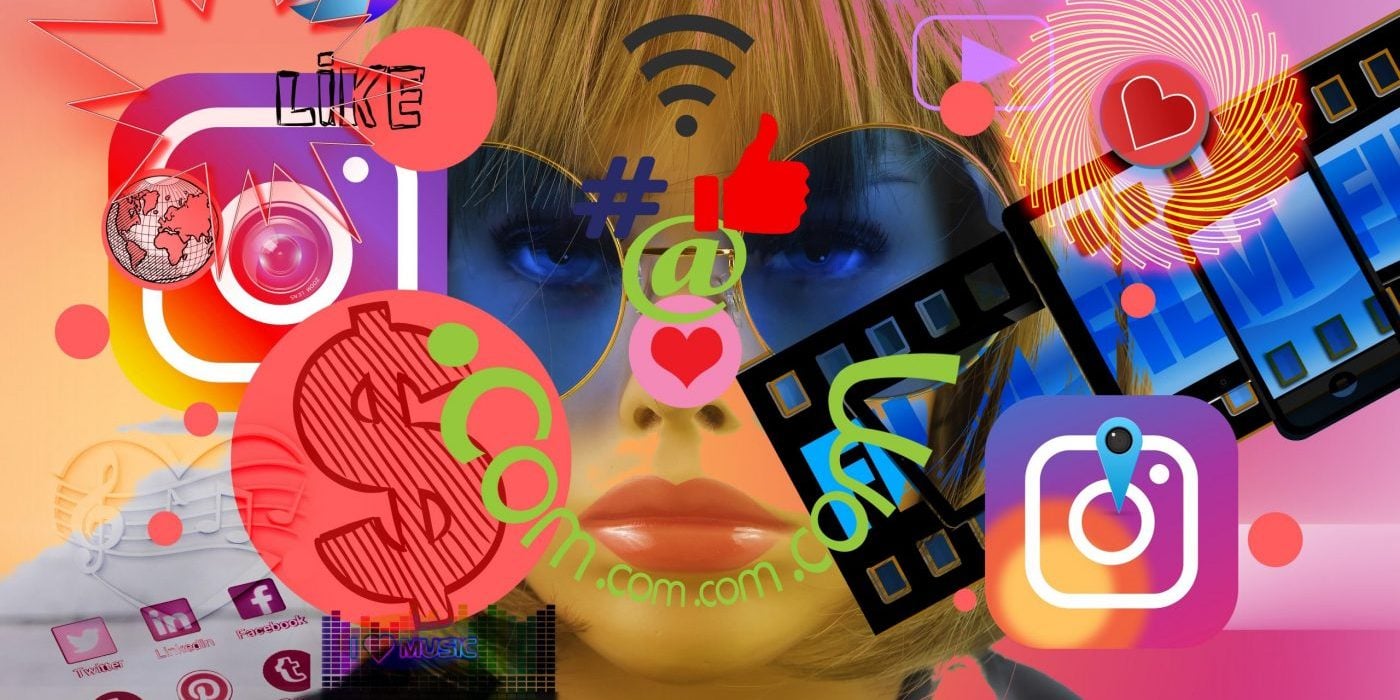 Social media influencers often make money through brand deals, whether or not someone actually buys a promoted product. Getting exposure through an influencer’s social media account is what’s most important. It can pay handsomely: even someone with 10,000 to 50,000 followers can earn as much as $100,000 per year.

Why? Brands thrive on relevance and youth. Back in the day, when young people still watched television, traditional advertising worked wonders. But today, young people access everything through social media. Brands have no choice but to scout popular creators on platforms like Instagram and TikTok and ask them to promote their products.

So who’s making the biggest bucks then? Do you have to make the biggest bucks in order to be an influencer? How do people make money off Instagram when there’s no built-in revenue compared to sites like YouTube? We’ve done a dive into what money can be made from social media, how the figures differ from platform to platform, and how surprisingly accessible it is.

Who is the highest-paid social media influencer? 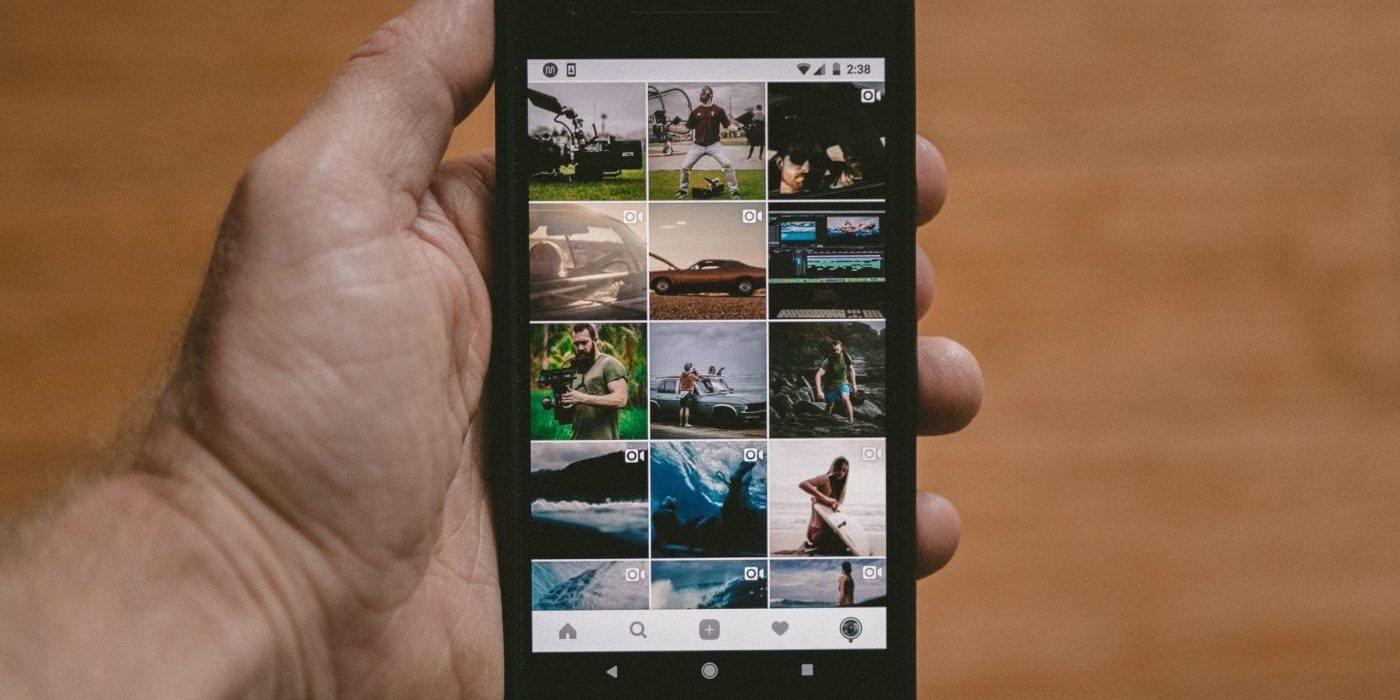 Lots of people fall under the umbrella of “influencer” today. Technically speaking, the likes of Cristiano Ronaldo, Kim Kardashian, Kylie Jenner and Dwayne Johnson are among the highest-earning figures on social media thanks to their brand endorsements. But we’re gonna stick to sole influencers, as opposed to celebrities that cashed in on their existing success.

Jake Paul remains the highest-paid social media influencer, earning an estimated $12 million a year. He has 13.18 million followers on Instagram alone, nearly 88 thousand times as many followers as the average profile. His posts receive an average of 625.87 thousand likes, a massive difference from the 1,261 likes an Instagram account typically gets.

“The value of an Instagram account depends on the variety of fans, the engagement rate, and the content,” NetWorthSport reports. “Jake Paul has a great interaction ratio of 0.0475%. Accounts in this area might require from $2 per thousand followers to $4 per thousand fans, or even greater. Accounts with much lower engagement rates likely could not bill this much.”

With a following this big, Jake Paul could demand $32.94 thousand for just one update. However, the rate could even be greater, reaching as high as $65.88 thousand. The profile might be bringing in $24.05 million a year if Jake Paul were to only post one paid update a day. While Paul’s actual net worth is not verified, NetWorthSpot approximates that he could have a net worth of $60.12 million. When taking into account other platforms alongside Instagram, it’s likely Paul’s worth higher than $96.19 million.

How much do social media influencers earn? 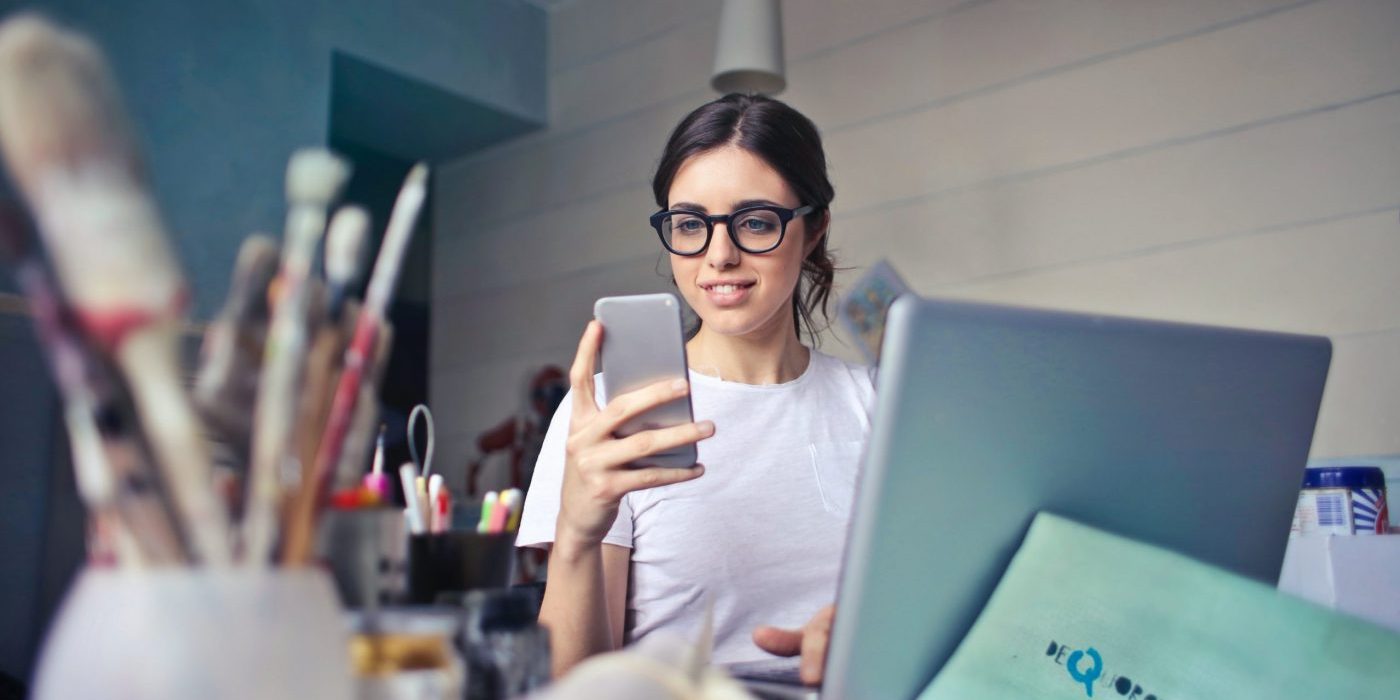 The top social media influencers earn a lot of money per year, thanks to the meteoric rise of TikTok in recent years. Superstars of the platform such as Charli D’Amelio and Loren Gray are known to turn over seven figures annually.

Addison Rae earnt an estimated $5 million from TikTok alone in 2020. Forbes reported she earns around $14,500 per sponsored post on her page. And there’s a whole lot of them. She also earns a sizable income from her beauty range ITEM which was 350k followers on Instagram.

Charli D’Amelio is another big female earner on TikTok, and also its most-followed creator. In 2020 she made a cool $4 million and is known to charge as much as $100,000 for a single post on her page. Thanks to her historic relationship with TikTok, the app has also featured her on campaigns and merchandise lines away from the main platform.

Loren Gray, another one of TikTok’s most-followed accounts, is a model, singer and social media influencer from Pennsylvania. In 2020, she earned a rumoured $5 million. Overall, her net worth comes in at $19 million. And it almost didn’t happen as a result of being bullied in high school. “In the last year it has become more mainstream to be a social media influencer but back then Musical.ly was not cool,” she said. “I definitely got a lot of backlash in school. I lost a lot of friends. I had a moment where I just wanted to stop everything. But there was this girl, who was a fan, who said, ‘You’ve got to keep going. You don’t know what this can turn into. So many people enjoy your videos.'”

How much do micro-influencers earn? 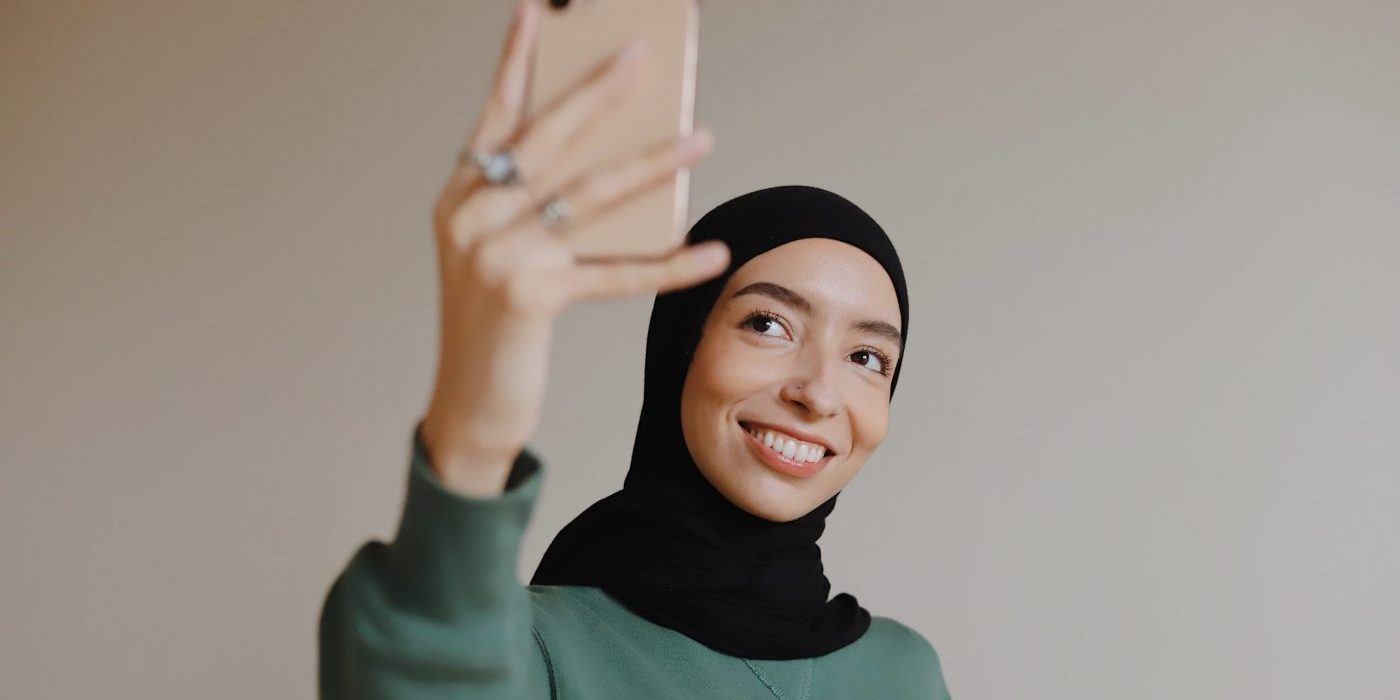 What constitutes a micro-influencer differs from person to person, with some believing that having as few as 1,000 followers makes you a micro-influencer. The consensus, though, seems to be between anything from 10,000 to 100,000.

Micro-influencers are a modern invention. Originally, influencers weren’t taken seriously until they reached over 50,000 followers, but now having far fewere followers can be effectively monetised. While having more followers is preferable, there are benefits to having a smaller, committed following.

A recent study found that 82% of consumers were “highly likely” to follow a recommendation made by a micro-influencer due to them having created a relationship with their audience built on trust, friendship and honesty. Kylie Jenner cannot respond or engage in any realistic sense with her 334 million followers but someone was 34,000 can. Moreover, followers of micro-influencers have probably been on their journey the whole way, from humble beginnings to influencerdom.

This is great news for brands and advertisers. Firstly, it’s a whole lot cheaper than trying to get Kylie Jenner on board with a product (who charges close to 800k for a sponsored post). Secondly, followers of a micro-influencer, thanks to the established trust,  are more likely to actually buy or engage with the product being promoted. So worry not if you’re wanting to become an influencer but are struggling to break six-digits. It might be for the best. 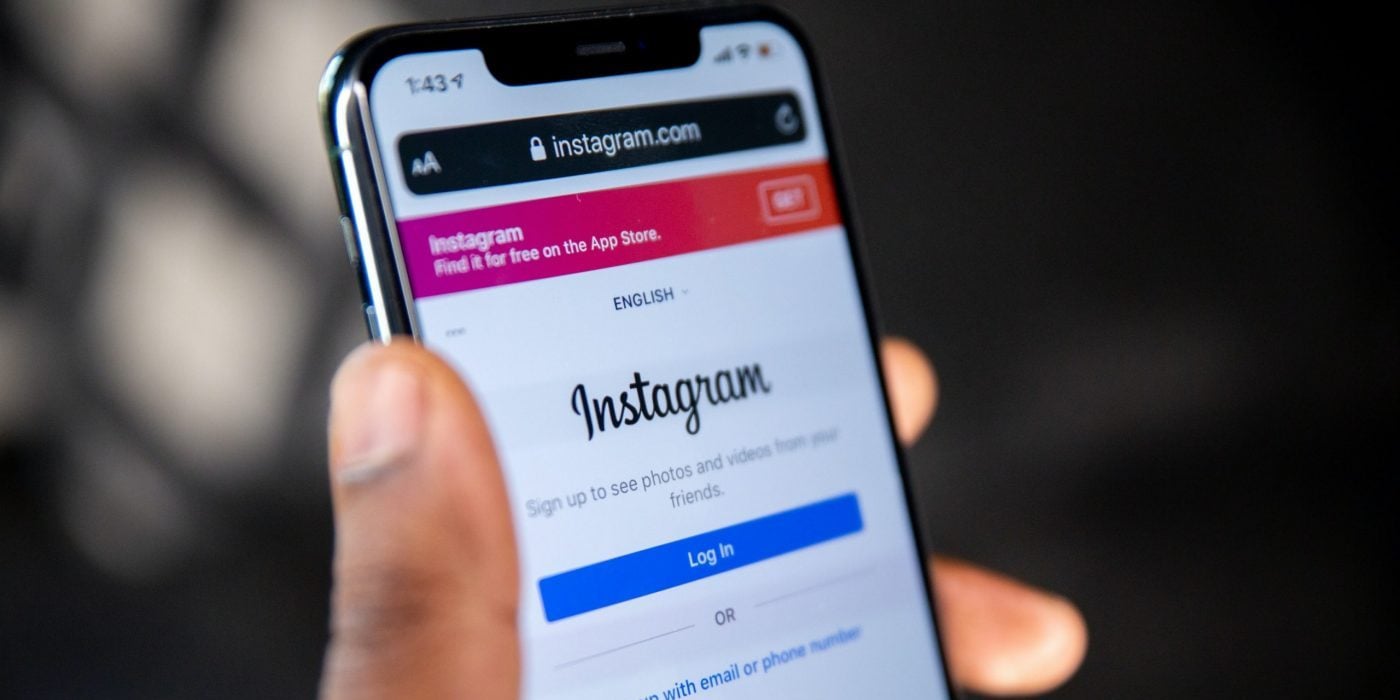 Instagram has emerged as a must-have platform for influencers on the make as they don’t need millions of followers in order to earn money. Though earning it on Instagram is not as simple as you might think. The Meta-owned site does not currently have a payment structure plan like YouTube’s Partner Program. Influencers have to rely on sponsored content to generate money. This can take a few forms, such as posting a picture to your main feed with #ad or sharing swipe-up links.

Influencer Alexa Collins told Insider in 2020 that she charges upwards of $1,000 for a sponsored story on Instagram, despite having over 1 million followers. On the lower end of the influencer chain, micro-influencer Tyler Chanel charges $100 for an Instagram story, upping the cost depending on the topic.

How do influencers decide what to charge? 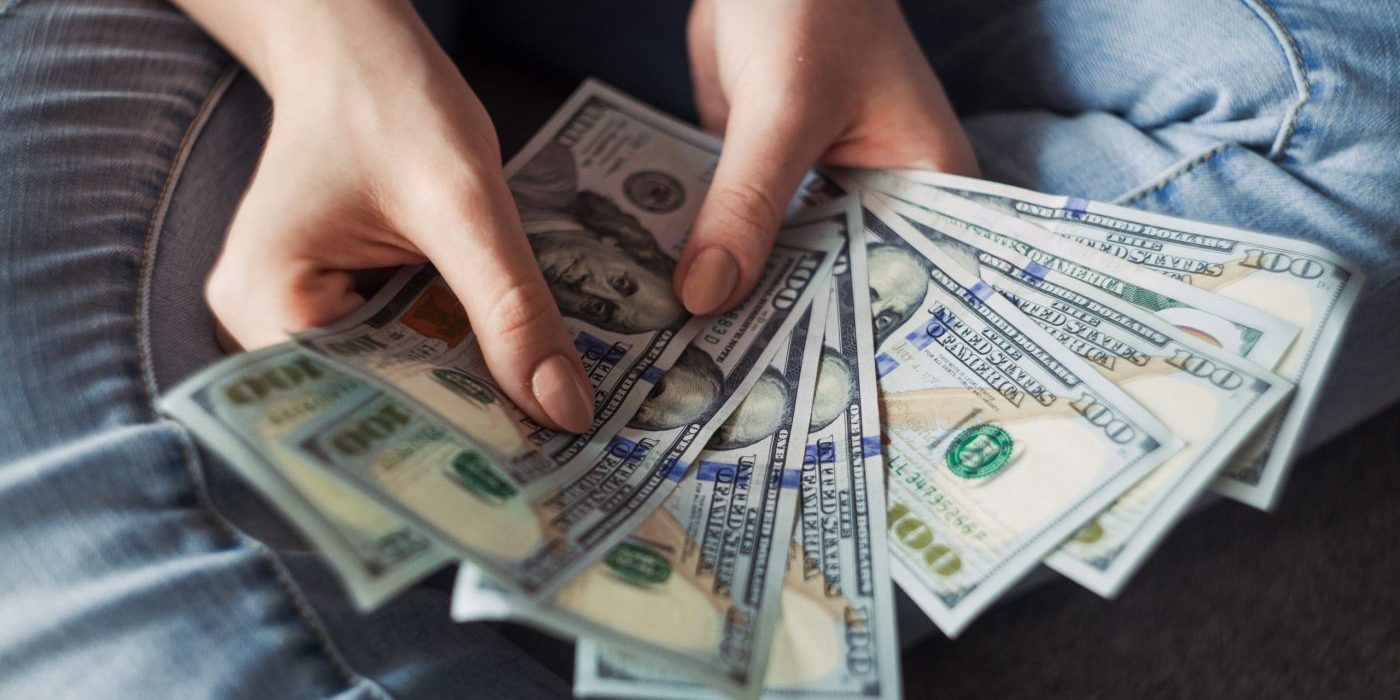 Okay, say you’re big on Instagram, or a similar site that doesn’t have an in-built payment structure like YouTube. How do you go about business? How do you correctly estimate what it is you should be demanding from brands and sponsors?

Some influencers use flat formulas to decide what they should charge, such as a rate of $100 for every 10,000 followers. However, not everyone agrees on the same method. Every transaction must take into account an influencer’s following, engagement metrics, and niche, as well as exclusivity, usage rights, and timing.

Sponsored material is not the be-all and end-all for influencers, but it’s arguably the most lucrative. They can also make money on Instagram by selling items and direct-to-consumer products. In 2020, one influencer earned an average of $5,000 per month purely through affiliate connections.

How much do influencers make on TikTok? 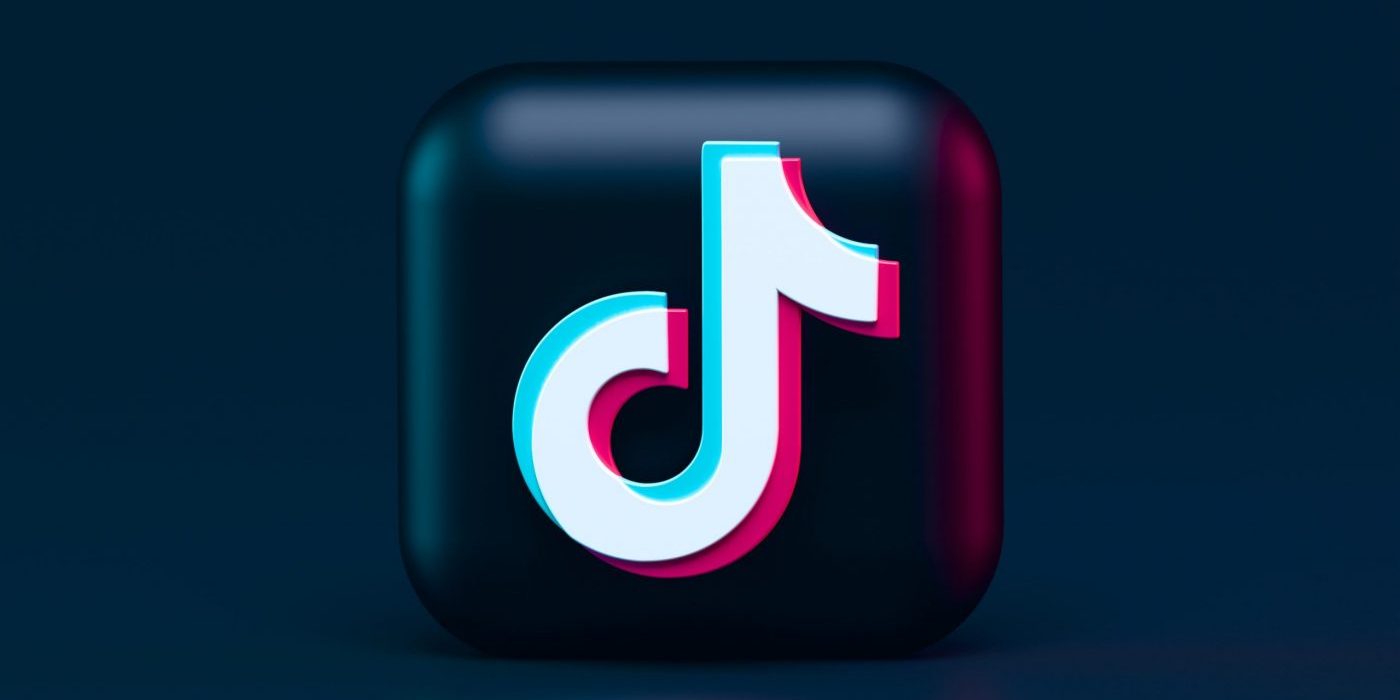 What about TikTok? The big cheese? Well, it comes as a shock to absolutely no one that creators on TikTok are enjoying big rewards for their content and sponsorship. The ones who capitalised on the app’s reach among spendthrift teens collectively earned over $55.5 million last year, according to Forbes.

In order to be included in the TikTok Creator Fund, which lets creators monetise their content, you need at least 100,000 followers and at least 100,000 views in the past 30 days. Those with over 1 million followers will make the most. Your pay varies on your popularity and who your audience is. A well-known TikTok superstar can earn as much as $500,000 for a branded post.

To achieve any of this though, you have to be active. Keeping your audience interested by posting videos regularly. Create a schedule you can work around, depending if you’ve got other things going on. Posting fresh content if not daily then weekly shows to advertisers that you mean business, quite literally. You might be well advised to bulk-film a bunch of clips in advance to release over the course of a few days or weeks.

Engaging with your audience is also something to watch out for as it shows you’re a good communicator with consumers. Run contests, ask your viewers to tag friends in the comments and be sure to respond to commenters to keep the dialogue flowing. It could change your life in the long run.