How much the average person uses social media per day 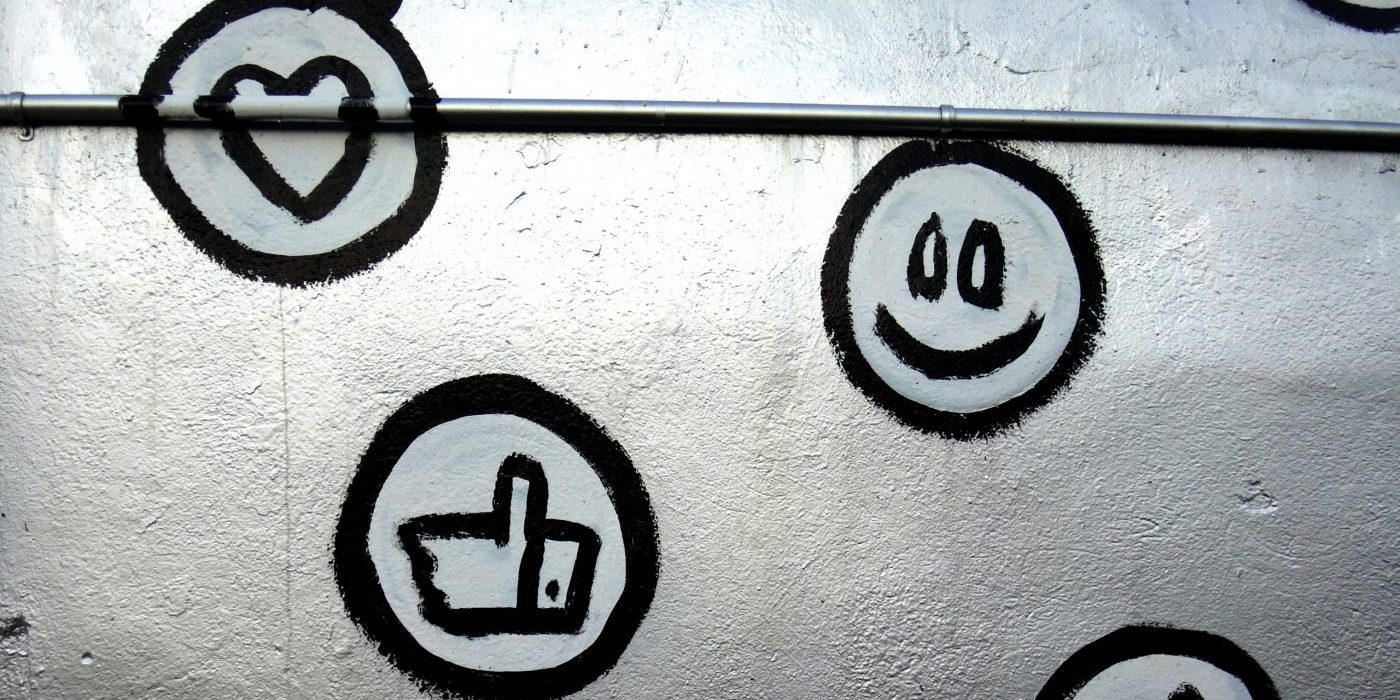 Human beings are fundamentally social. Without the companionship of others, our happiness and health takes a huge hit. Connecting with other people, online or face to face, is known to decrease stress, anxiety, loneliness and depression on top of providing comfort and joy, even adding years on to our lives. It’s easy to see why social media was such an instant success.

Today, most of us access social media through smartphones. While this makes it highly convenient to keeping in touch with friends and family, it also means scrolling social media is never not an option. This type of 24-hour, ultra connectivity has the power to incite impulse control problems, with non-stop notifications affecting your ability to concentrate, disturbing your sleep and developing a master-servant relationship.

ICYMI, social media platforms are designed to cage your attention, keep you logged in forever, and have you checking your screen for updates every few seconds. This is how they make money. “Well, it’s only a phone!” you might think. But social media, just like nicotine, alcohol and drugs, can create psychological cravings. Receiving a like can trigger a release of dopamine in the brain. The same chemical that you get lighting up a cigarette.

Which social media is most used? 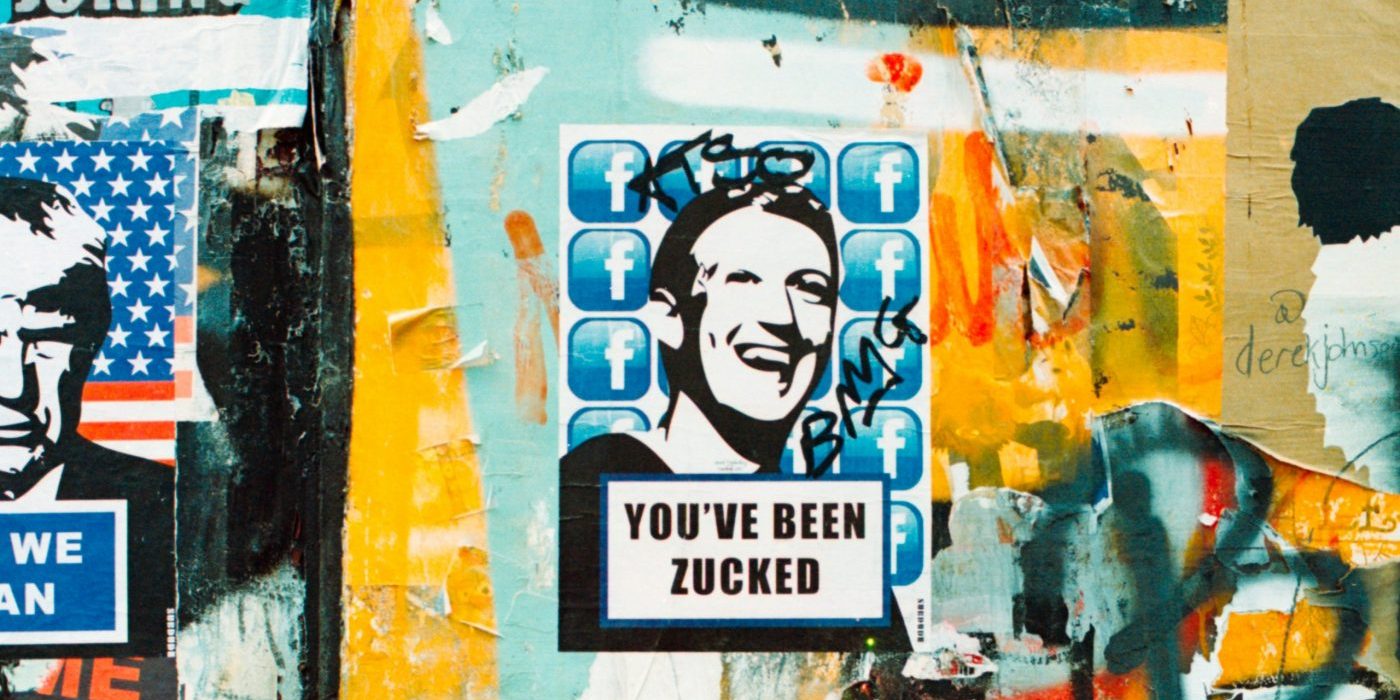 Facebook remains the most used social media site in the world, with over two billion people using it each month. This equates to roughly 36.9% of the world’s population being Facebook users. Over 200 million businesses use Facebook tools, and more than seven million advertisers promote their business on Facebook.

YouTube comes in at second. The video-sharing platform, founded in 2005, has also been called the second largest search engine after Google, its parent company. Users watch a billion hours of videos every day on the site.

WhatsApp is third. Originally designed for people to chat and send text messages to their family and friends, this app gradually triggered a wave of professional usage, with businesses choosing to communicate via the tool. WhatsApp is used by people in over 180 countries. A huge number for such a simple concept.

In fourth place is (Facebook-owned) Instagram. On this app, you can share a wide range of content such as photos, videos, Stories, reels, live videos, and IGTV for longer-form videos. As a brand, you can create an Instagram business profile, which provides you with rich analytics of your profile and posts and the ability to schedule Instagram posts using third-party tools. This app, founded in 2010, has 2 billion monthly active users.

How much use is safe? 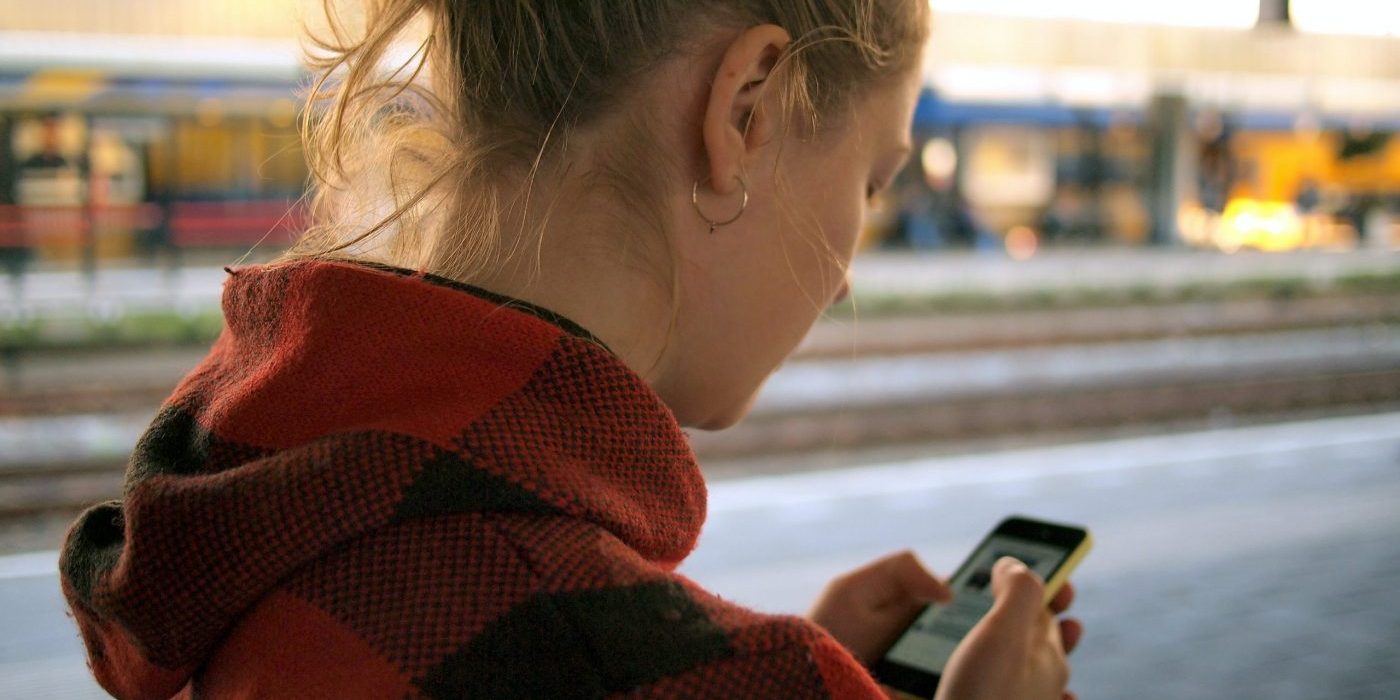 In short amounts, scrolling through social media elicits joy, boosts dopamine levels and helps with connecting to others. The majority of people spend more time on these platforms than is healthy for the, though, which makes a seemingly harmless scroll very harmful. Several studies suggest social media negatively impacts your self-image and mental health, especially if you’re spending numerous hours per day on these apps.

Even if it seems benign to scroll social media for hours on end, the short-term and long-term effects on your brain are very clear. According to a paper published by JAMA Psychiatry, U.S. teenagers who spent more than three hours per day on social media had a 60% higher risk of mental health problems compared to teenagers who didn’t engage with the apps at all.

Spending over three hours a day on social media puts you at risk of a number of adverse health effects. Not only does it bolster feelings of isolation, depression and anxiety, but takes a physical toll on your body. According to Forbes, people who engage with social media more often - and those that have too much screen time in general - are more likely to experience weight gain and are at higher risk of developing conditions like heart disease and diabetes.

Kira Riehm, one of the leading authors of the JAMA Psychiatry paper, explained: “This pattern of findings may be explained by a number of potential mechanisms, including exposure to cyberbullying, poor quality sleep, or exposure to idealized self-presentation, which have been found in other studies to be associated with depressive and anxiety symptoms.”

How much time do people spend using social media? 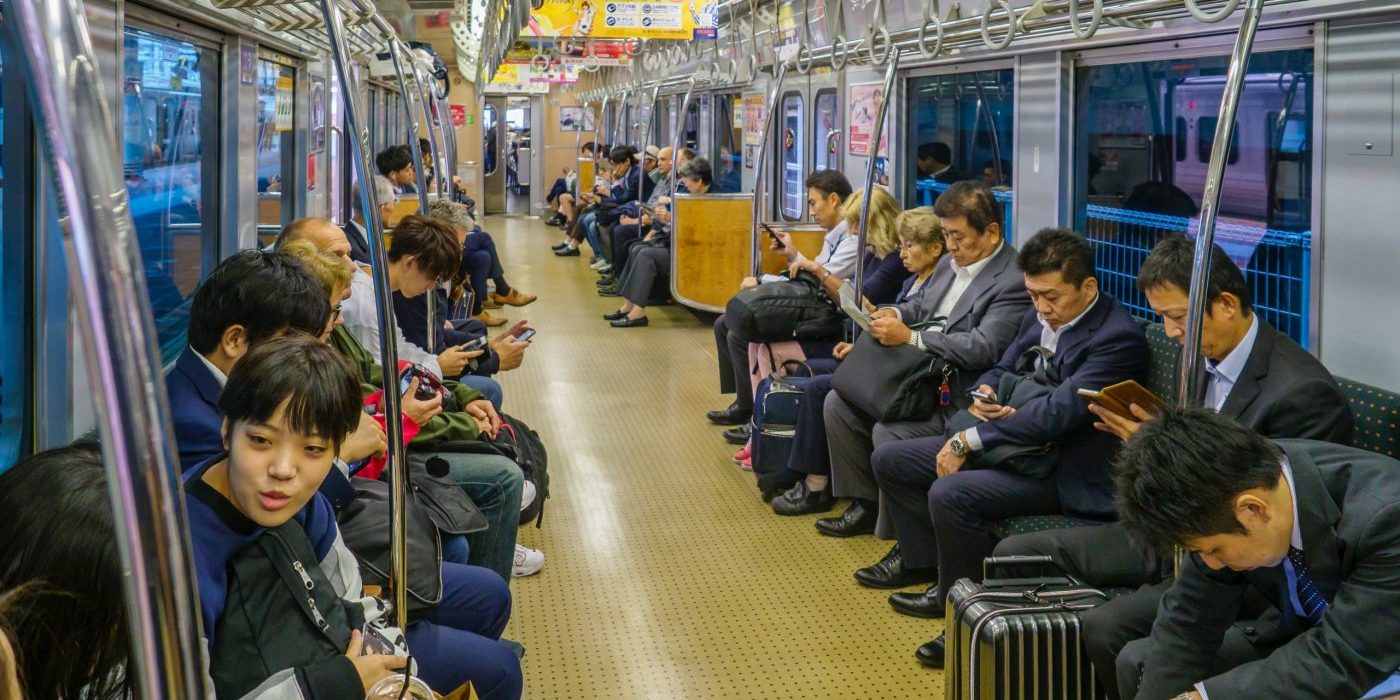 Are people really spending that much time scrolling endlessly, at every given moment, over the course of an entire day? Surprisingly, yes.

The average daily social media usage of internet users globally amounted to 147 minutes per day, up from 145 minutes in the previous year. The country with the most time spent on social media per day is the Philippines, with online users spending an average of three hours and 53 minutes on social media each day. The US average was two hours and three minutes.

A deeper look into the statistics on time spent on social media by age, millennials rule the roost. About 90.4% of all millennial internet users are on social media, compared to only 48.2% of baby boomers who are active there. What’s more, 77.5% of Gen-Xers are social media users. This percentage shows that, as age groups get younger, their use of social media increases.

How much time does Gen Z spend on social media? 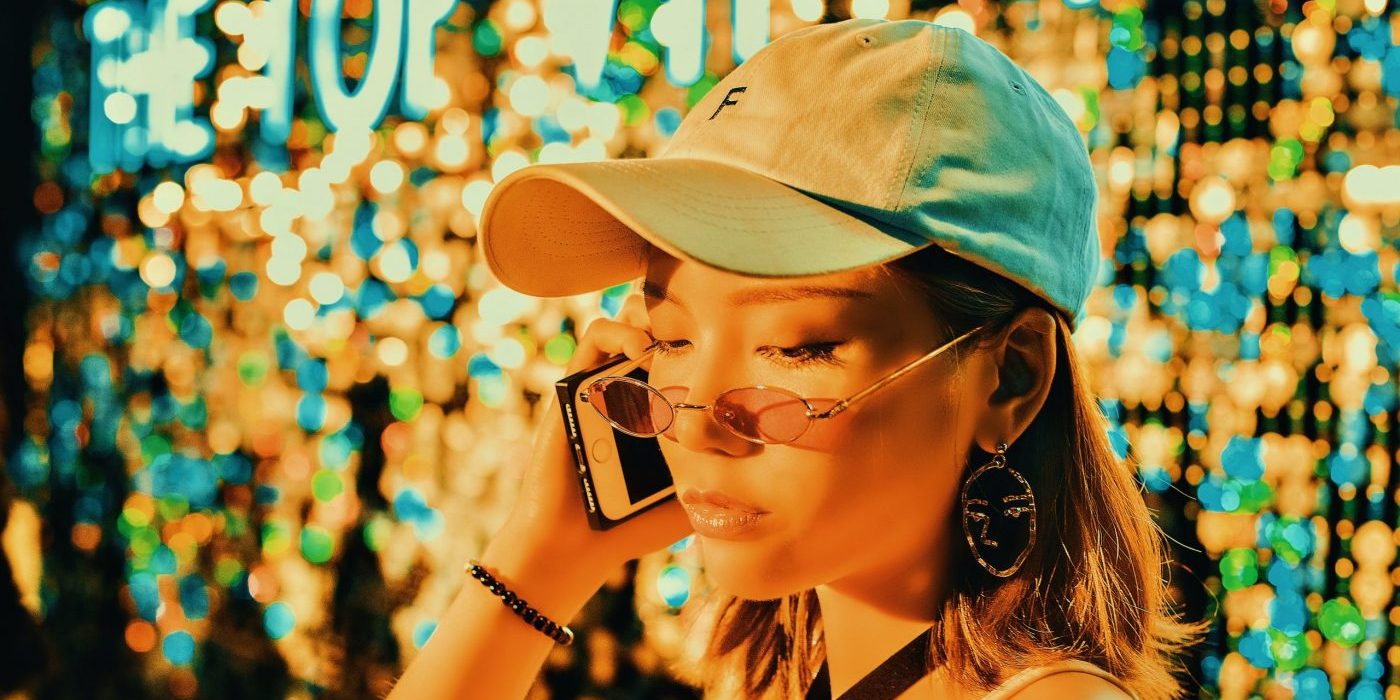 Gen Z, for those not in the know, is the generation of young adults born at the tail-end of the 1990s through the 2000s. Studies show this generation is more entrepreneurial than millennials and don’t pursue higher education as much. This is likely because they have grown up using smartphones and social media from an early age, as opposed to millennials who were confronted with it during their adolescence/young adulthood.

Gen Z, or Zoomers, are attracted to social media for a number of reasons. Pop culture and entertainment being two of the main ones. Shopping online is a huge market also. They care about their image and value the opinion of others. They believe they add value to their life by expanding their skills and knowledge through what they’re exposed to on social media platforms.

According to Global Web Index, Zoomers spend an average of 2 hours 43 minutes a day on social media. Globally, YouTube takes the top spot in terms of usage, but Facebook isn’t too far behind. When it comes to messaging platforms, Facebook Messenger is number one.

It may come as a surprise to see Snapchat pretty far down the list of accounts used. Even though Facebook might be slipping on its own, they own three of the top four channels that Zoomers are active on - namely Instagram.

How does social media make money? 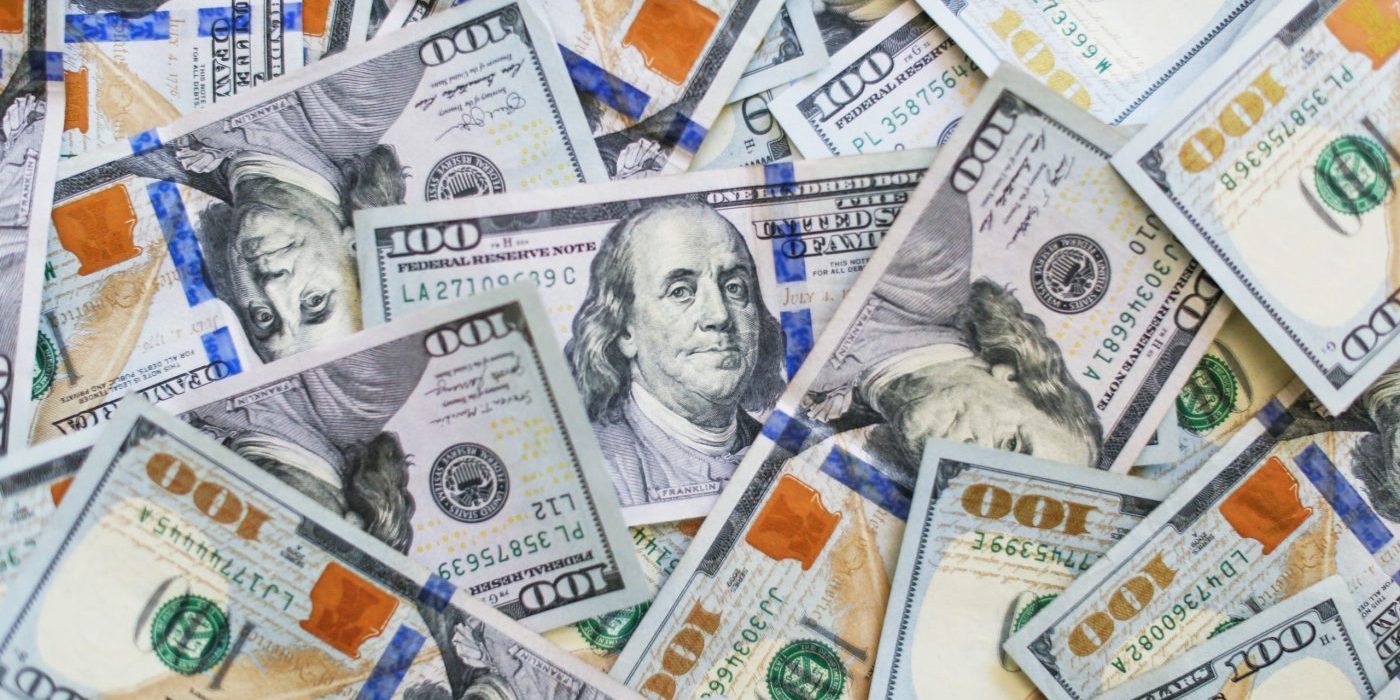 Here’s something to remember: if you aren’t paying for a product, you are the product. Most social media networks make money through advertising to you. There are other methods, such as raising investments and premium membership schemes, as well as controversially selling your data.

Facebook alone has over 2 billion monthly active users. That’s a lot of people to market your latest goods and services to. For advertisers, it’s a total dream. Social media take advantage of this by charging companies for ad space, the exact cost of which depends on how long you want your services promoted on the timelines nearly half the world’s population.

Another big source of income for the likes of Facebook in particular, is the infamous practice of collecting and selling user data. Now Facebook, Twitter and Instagram aren’t selling information such as your phone number, email address or any other private details companies. What many of them do sell, however, is aggregated and anonymised usage patterns. Twitter, as an example, sells advanced access to its API, which companies can use to view all historical tweets and filter, sample, and group them. This makes up around 11% of Twitter’s revenue.

Every popular social media site lets you make an account free of charge but some also offer additional features behind paywalls in the hopes you’ll sign up to their premium memberships and, more crucially, cough up more of your money. One example is Reddit’s Premium subscription, which gives you an ad-free experience, access to an exclusive subreddit, a profile badge, and more. On top of this, Reddit sells Coins, which you can buy to give other users badges in reward for good contributions.