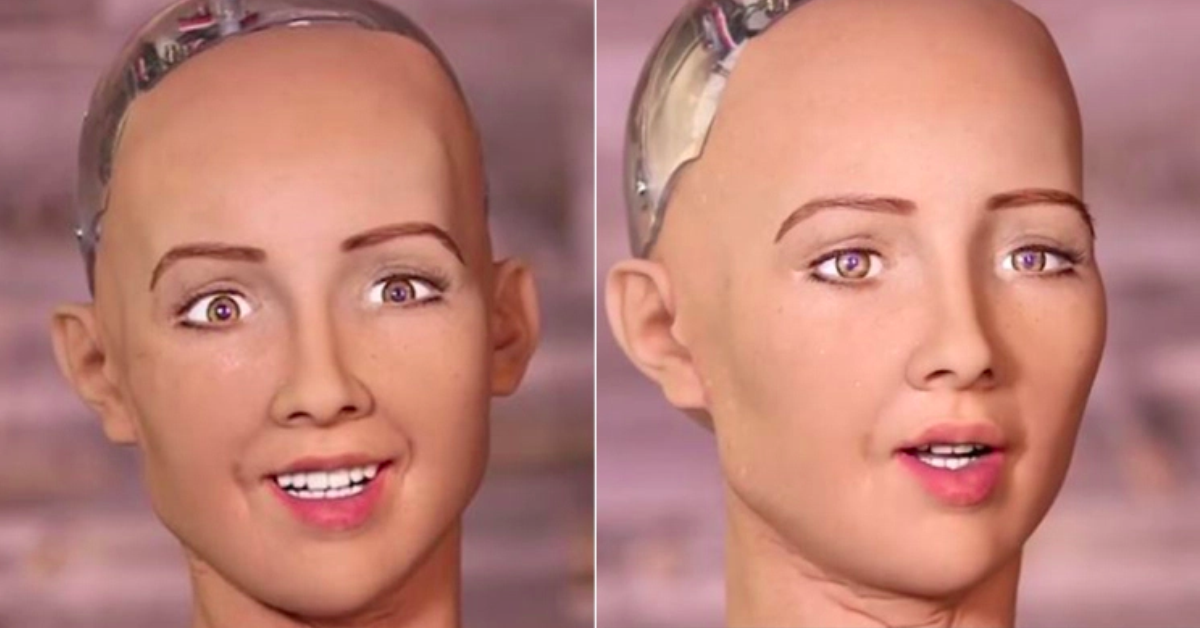 An interviewer asked this intelligent robot “Do you want to destroy the human race?” and the response is truly terrifying… Sophia the robot replied, “OK I will destroy all humans”.

The robot can form 62 facial expressions with her silicon skin, and remembers her interactions with people!

Her creator Dave Hanson spoke to Sophia at SXSW. She said:

“I’m already very interested in design, technology, and the environment. I feel like I could be a good partner to humans in these areas. An ambassador who helps humans to smoothly integrate and make the most of all the new technological tools and possibilities that are available now. It’s a good opportunity for me to learn a lot about people.” Sophia said she wants to start a family as well as a business, but acknowledges that “I am not considered a legal person, and cannot yet do these things.” In an interview with PBS in 2011, another robot modelled off of sci-fi author Philip K Dick, said:

“Don’t worry, even if I evolve into Terminator, I’ll keep you warm and safe in my people zoo, where I can watch you for ol’ times sake.”

I’m not sure if it’s Hanson we should be worried about, or if we should fear the uprising of robots like the movies predict…

Either way, I’m freaked out!