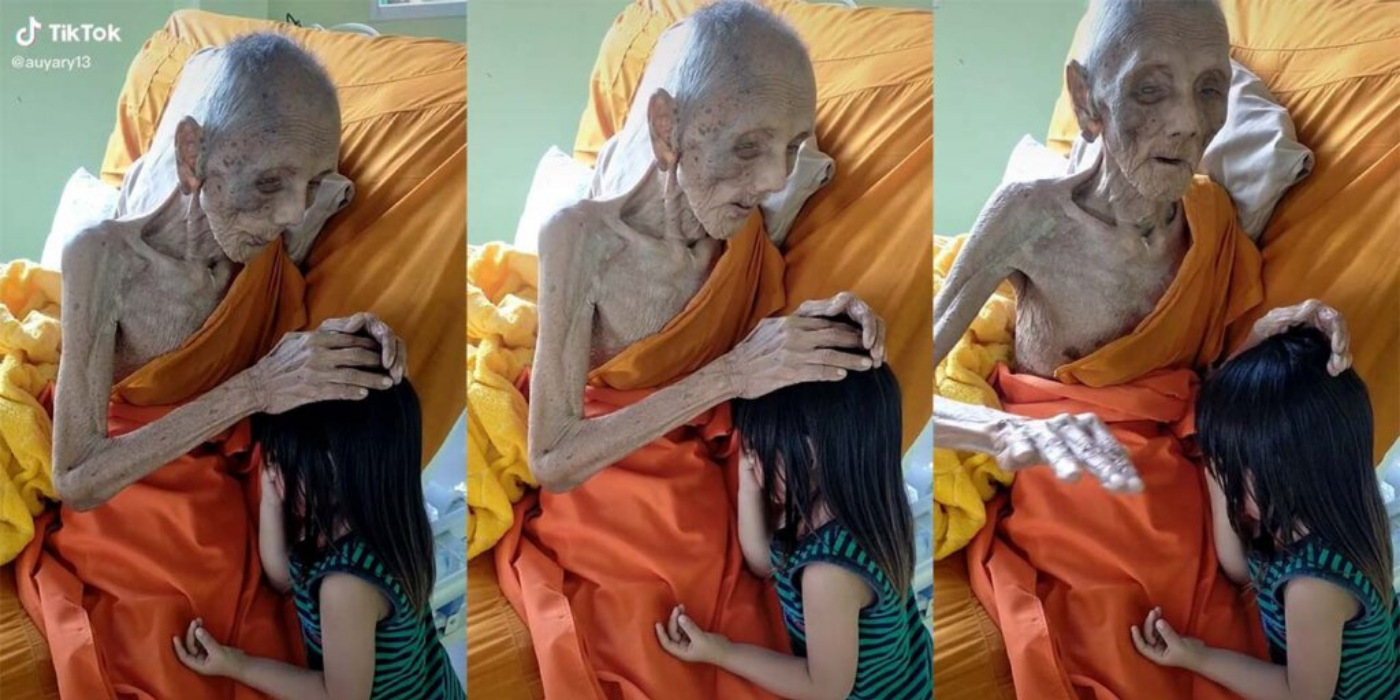 Whatever kind of content you go looking for on TikTok, you’re almost guaranteed to find it. However, one of the most successful formulas for creating a TikTok account that is guaranteed to reach people’s For You page (FYP) is to play on a family dynamic. Whether it’s Tilly Ramsey forcing father Gordon to struggle through silly trending dances, or TikTok’s own grandpa Joe Allington capturing sweet moments between himself and his granddaughter, the social media platform loves to see familial relationships explored.

So when TikTok user auyary13 began posting videos of her father, a monk who lives in Thailand, hers was just one account amongst hundreds of thousands that all centred on the same popular theme. However, auyary13’s videos were set apart by two things: her father’s unusual vocation as a monk, and the fact that he is over 100 years of age. 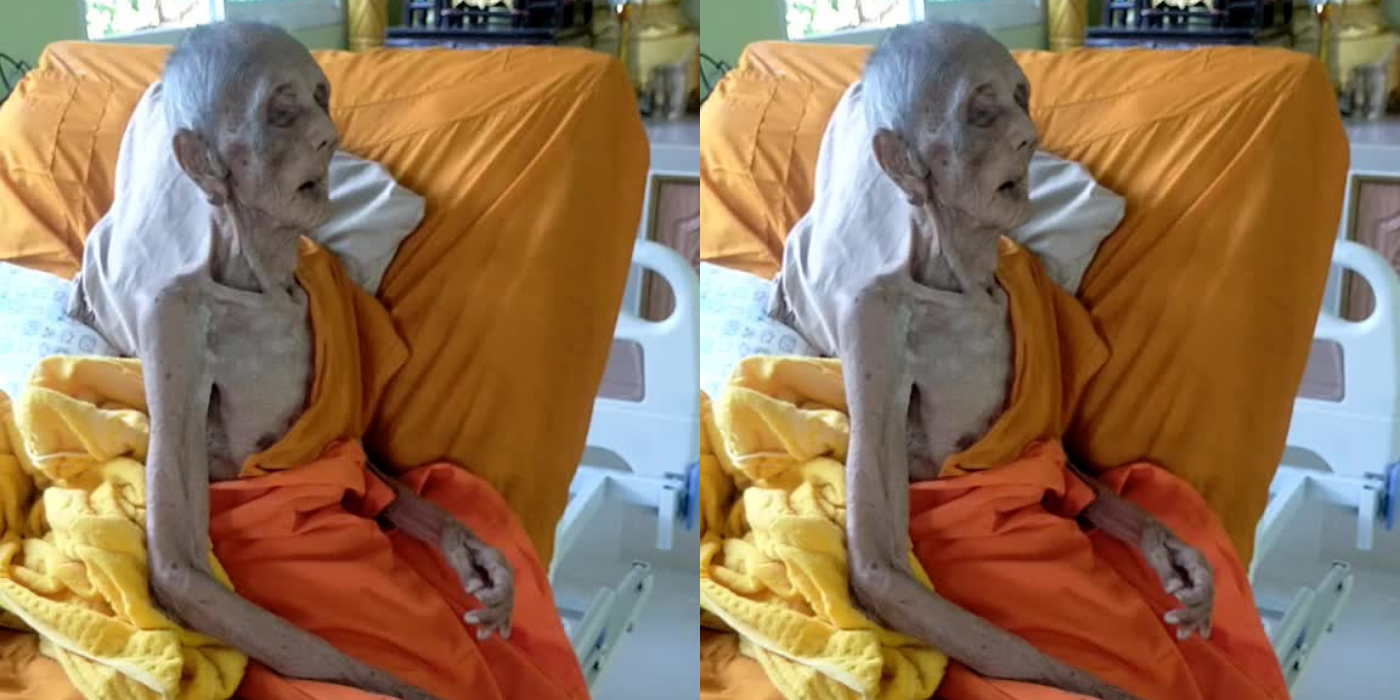 Auyary had been posting videos to TikTok for several years before she decided to include her father in her content. It was only in November of 2021 that her dad first appeared on screen, in a simple and off-the-cuff video that showed him sitting in his house, smiling and beckoning for her to join him. The video received a modest amount of views, at the time of writing still having just nine comments and less than 2000 hearts (the TikTok equivalent of likes).

It was tragedy that caused Auyary’s account to go from mildly successful to becoming a staple of more and more people’s FYP. In January of 2022, the creator shared a video that showed her father being rushed into hospital, looking considerably more unwell than in her previous updates. The video went viral, introducing thousands of people to her account for the first time, and her follow-up video made just eight days later accumulated two million views in a matter of hours. 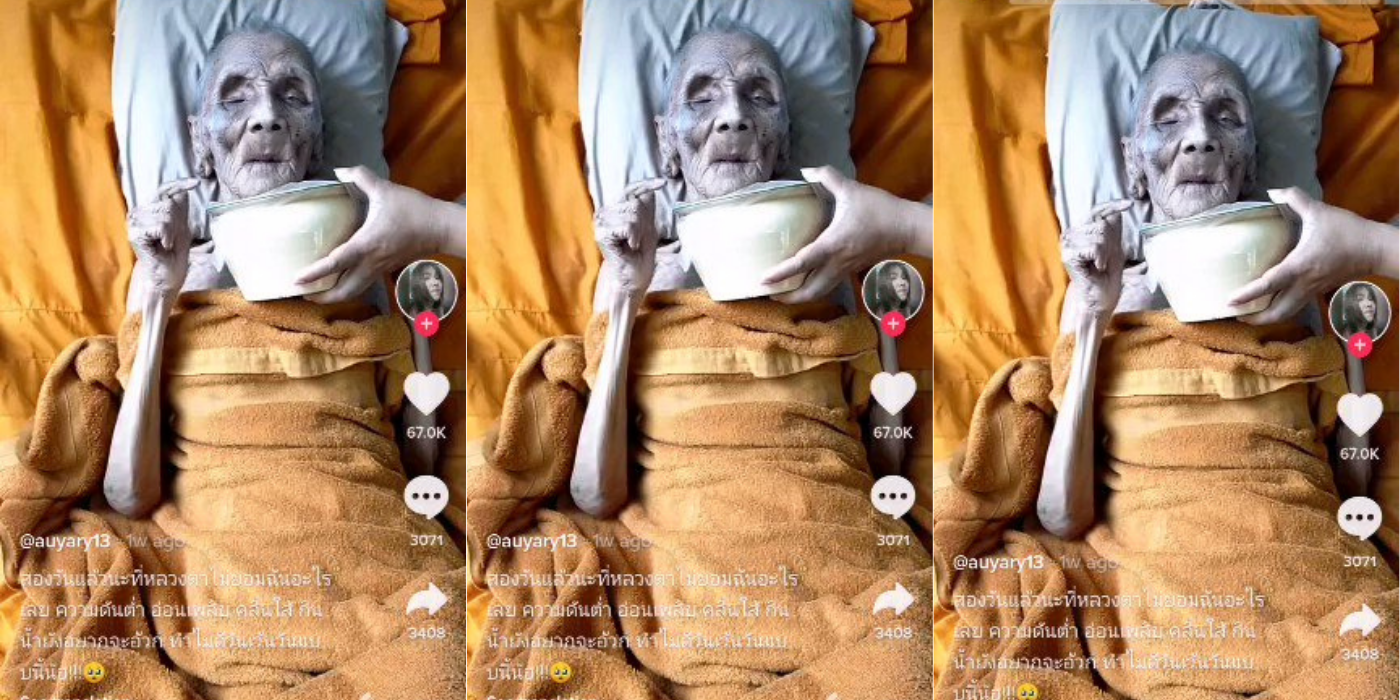 The influx of attention came with a lot of speculation from viewers, who began to make a game of guessing the man’s age from Auyary’s videos. Though Auyary had stated several times that her father was 109 years old, the number was exaggerated as her videos were freebooted and reposted a number of times by different users. These exaggerated guesses soon crept up to 163, and this number began to be repeated as the man’s real age, even in Auyary’s own comment section and against her own word.

Meanwhile, updates on the monk’s health continued to be posted to auyary13. A video showing him sitting up in bed, wearing traditional robes and placing his hands on a child’s head, has currently racked up 70 million views. This increased viewership has led to another emerging theory; that not only is the man 163 years old, but also that he is practising the rare art of Sokushinbutsu, a ritual in which monks mummify themselves whilst still living. 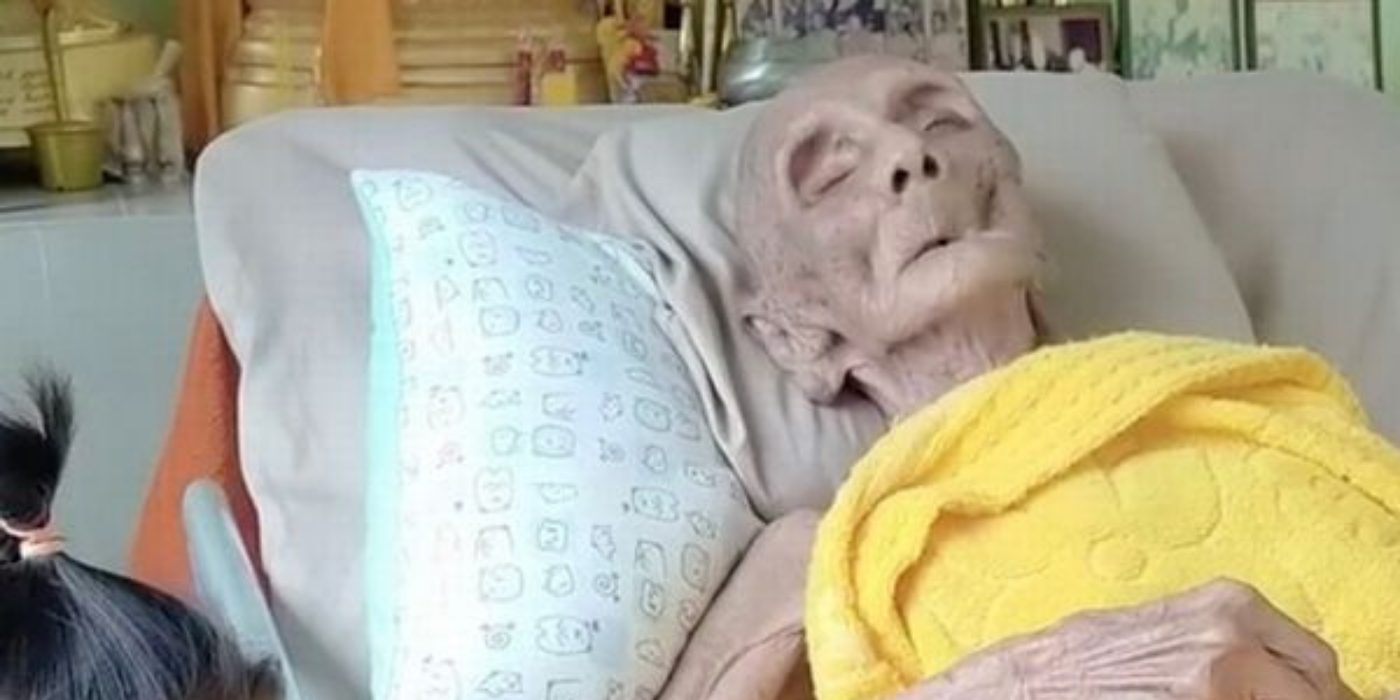 Sokushinbutsu is a rare practice that sees select Buddhist monks following a strict diet in the last years of their life, in order to dehydrate themselves from the inside out and begin the process of mummification whilst still alive. The last stages of this practice involve being buried in a pine box whilst still living, with the monks then spending their last hours meditating before peacefully passing away. The assumption of TikTok users that this is the process being undergone by Auyary’s father is baseless, stemming only from the man’s Buddhist faith, his advanced age, and the fact that he lost significant weight while ill in hospital.

However, both Auyary and her father live in Thailand, and Sokushinbutsu is a Japanese practice not observed anywhere else. There’s no evidence that this accidentally viral sensation is preparing to end his life, only Auyary’s continuing updates charting his slow recovery, and the ongoing closeness of their relationship.