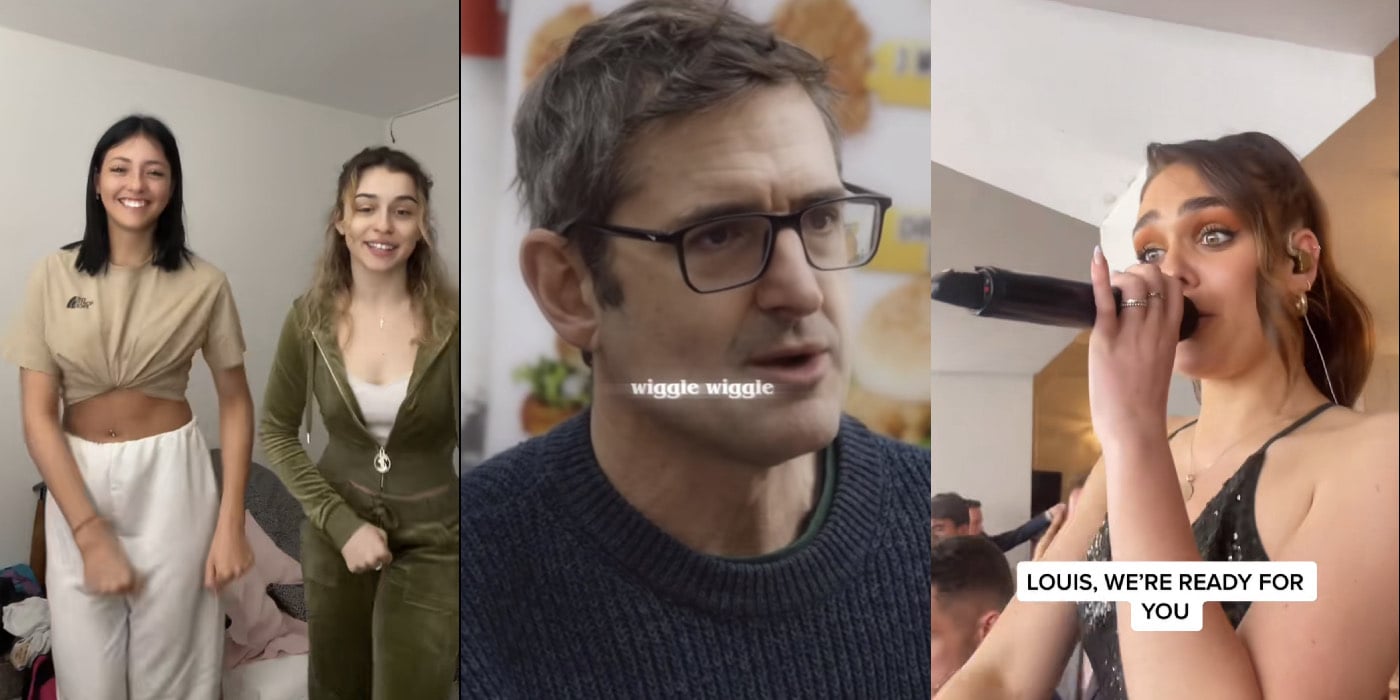 Louis Theroux has been a public favourite in his native UK since the 90s, documenting his way through the weird and wonderful for our viewing pleasure, but only in 2022 has he gotten on the radar of the world thanks to some original rap verses he spat on a 2000 show, as well as talented Manchester DJs, Duke and Jones, who turned the presenter and journalist into a TikTok sensation.

The 51-year-old first unveiled his rap in an episode of his docuseries Weird Weekends twenty-two years ago. In it, the son of novelist and travel writer Paul Theroux travelled to New Orleans to interview Southern MCs like Master P, Mello T and Q-T Pie and then compete in a live rap battle on the city’s hip-hop radio station, Q93 FM, with local DJ Wild Wayne as the referee.

Doing his best Hugh Grant impression, Theroux rhymed: “My money don’t jiggle, jiggle, it folds / I like to see you wiggle, wiggle, for sure.” It hasn’t taken this long for people to appreciate these bars. A condensed video of the episode has garnered love for years. Only now, however, did it occur to someone to remix the rap and try actually put it out there as music in its own right. Today, everyone from Rita Ora to Snoop Dogg can be found vibing to “Jiggle, Jiggle.” How did this all happen?

Theroux’s rap gained a new audience after his appearance on a February 2022 episode of YouTube series Chicken Shop Date in which she asked him to perform the Jiggle acapella. By March 16, Manchester DJs Duke and Jones remixed the verse and shared it to TikTok. The track has since been used in 1.2 million videos on the app. 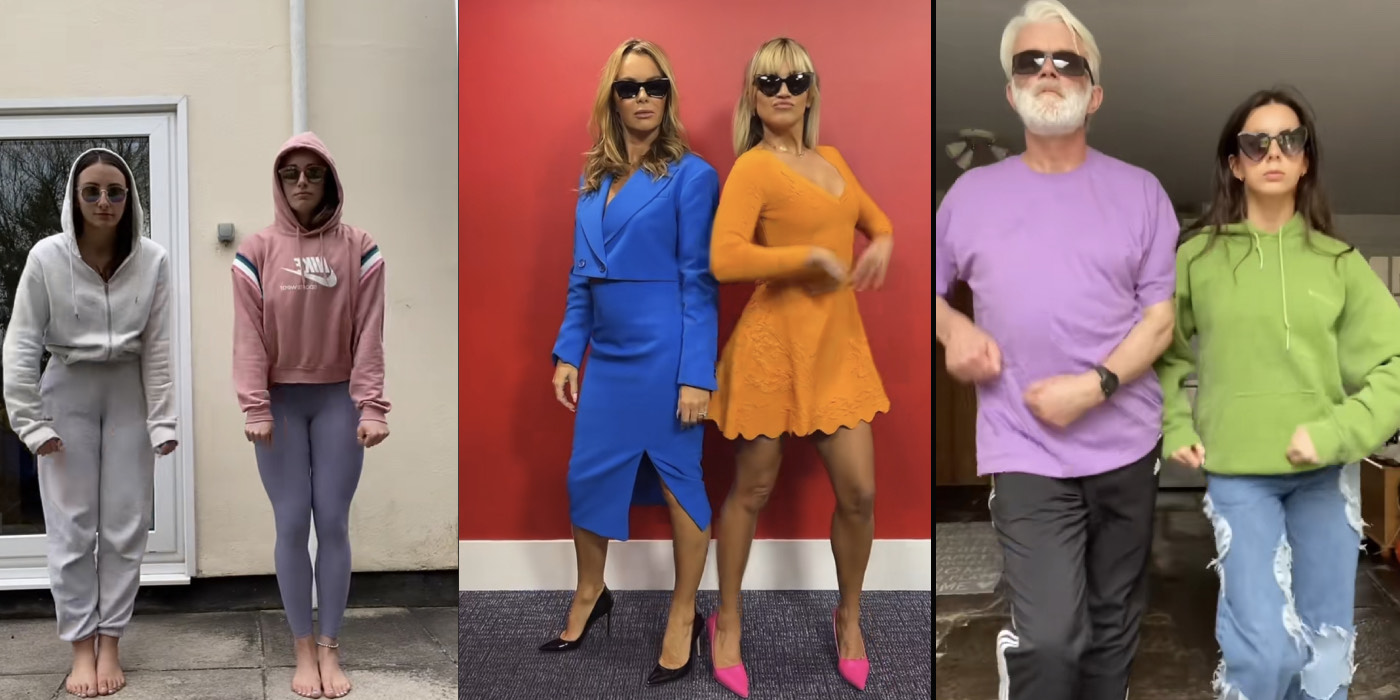 Duke and Jones, both 26, whose real names are Luke Conibear and Isaac McKelvey, called Theroux a national treasure in the UK. “We didn’t watch [‘Weird Weekends’] when it came out because we were about three years old,” the DJs said, “but the series went on Netflix for a while when we were in high school and it became quite the phenomenon in our friend group.”

The “Jiggle Jiggle” remix hasn’t just raised the game for them on TikTok, it’s bagged them a record deal with the Sony Music UK’s outlet Robots + Humans. Growing up, Duke and Jones never took music too seriously, playing about with beats on Logic to entertain themselves. After mastering Logic’s pitch correction plugin, they made waves on TikTok with a series called “adding autotune to random videos”.

“A lot of our early videos were of children or angry people,” said Duke and Jones, “because we found both of these groups spoke quite rhythmically, and hit a much wider range of notes in their speech than normal talking, so it gives the autotune more to work with.”

Theroux’s delivery of Jiggle Jiggle was ripe for a remix, with it’s slow and non-chaotic flow. But it didn’t end there. Duke and Jones later fashioned an extended remix using an additional clip of Theroux rapping on The Russell Howard Hour in 2018. “I sit bruised from chalices / holding my palaces,” Theroux rhymes, “Crib is so crampy / suckers suffer from paralysis.” 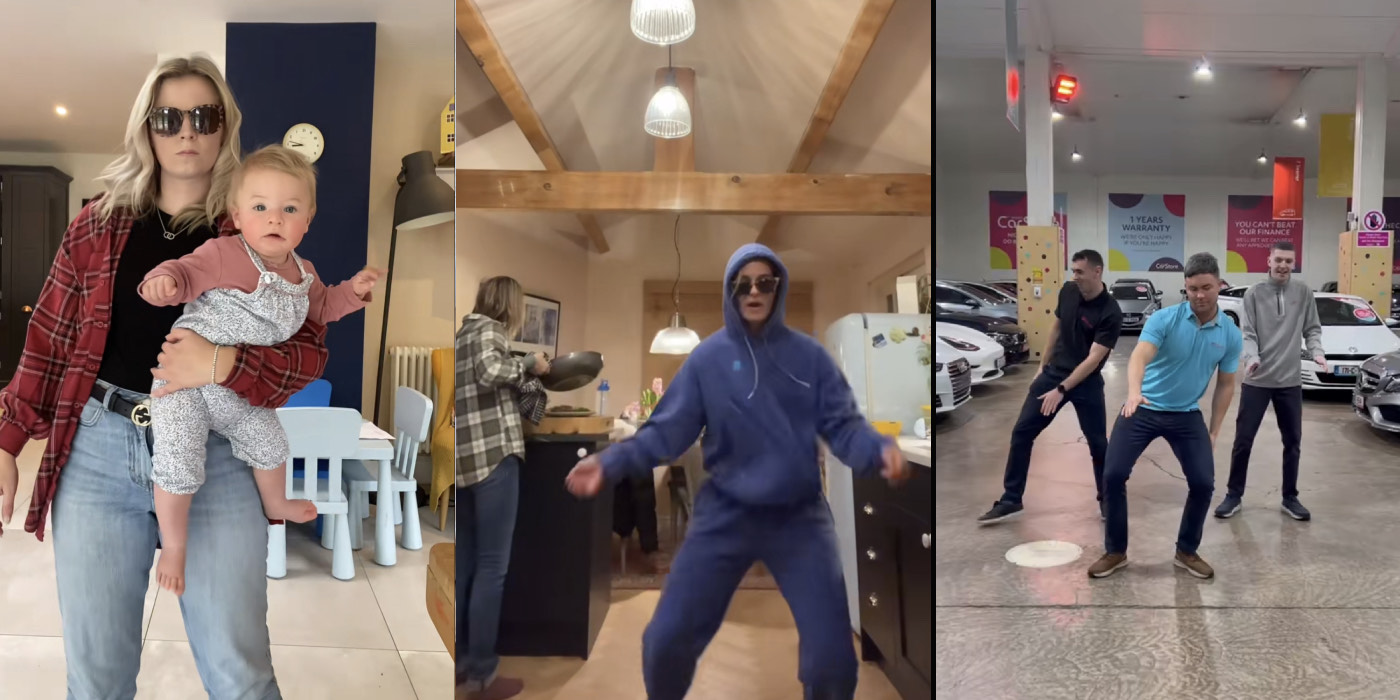 “We haven’t yet played the autotune remixes at clubs,” the duo said. “But we might have to make an exception for King Louis and stick him in the set somewhere.”

Theroux recently promoted his latest series, Forbidden America, in which he returns to the subject of rap, calling the episode the “most personal” he’s ever made, calling the genre misunderstood to this day. “I think very often the comparison with either horror films or gangster films or action films is made and I think is, to an extent, quite valid,” he said. “The idea that you know, in a music video, a rapper is acting out of a persona.

“A persona that may to a degree be based on who they really are. But, you know, the music gives expression to a lifestyle that is often troubled or compromised or high risk, right? But doesn’t necessarily create that lifestyle.”

He continued: “If you banned rap, these communities would still exist and so the idea of blaming rap music for the social ills that it chronicles is in a weird way a case of shooting the messenger, in my view.”