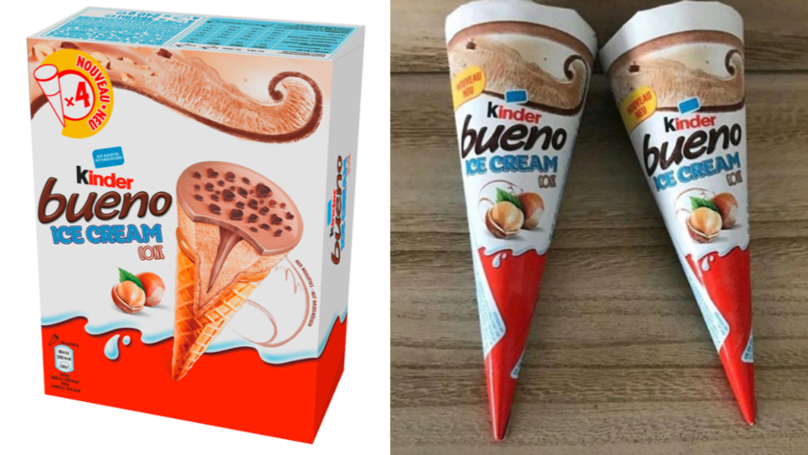 I think you’ll need to sit down for this news.  Walls have answered the secret prayers of many and opted to release a Kinder Bueno ice cream.

There isn’t much detail available following the announcement, but the mouth watering treat is due to be available this summer, and is set to be released by Langnese, Walls’ German body. Hopefully we’ll see this move from the continent to stores up and down the UK for the summer.

The product description reads “Here, fine hazelnut milk meets a core of Kinder milk chocolate sauce, embedded in a crispy croissant covered with a fine layer of hazelnut cream made from Ferrero hazelnuts”

A photograph of the treat has been leaked on social media, which has seemingly broken the internet.

Kinder Bueno ice cream exist and I need one ?? pic.twitter.com/MhJZrmw5WT

Kinder Bueno ice cream is not something that’s a new concept however, with the idea having been tried in “gelatos” up and down the country.

There’s even an online petition to encourage McDonalds to look at beginning to do a Kinder Bueno edition of their infamous McFlurry’s. A concept I am becoming quite aroused at the thought of.

Will this potentially start a confectionery, chocolatey war on our ice creams this summer?

Mars has recently released a new M&M crunchy chocolate spread, which seems to be also taking the world by storm.

Could we see Mars attempt to match their rivals bold move in the summer?

We already see Mars Bar ice cream, Snickers ice cream and even Bounty ice creams in our local shops, which were both life changing discoveries as an adolescent.

Could we see more of our favourite chocolate flavours joining the ice creamed revolution in 2018?

What about Revels? This chocolatey treat provokes a game of Russian Roulette every time you eat, and would make an interesting concept for an ice cream flavour. Would you dare risk tasting coffee ice cream however? Another thinker, would be a Starbar ice cream. The 70’s treat was recently brought back from the dead, and it would undoubtedly change the lives of me, and many others if it was to be turned into an ice cream bar. There are some that have already taken the plunge, and turned their bars into ice cream. Some of them are hidden gems, which have turned my world upside down upon discovery.

There are, to my amazement, Reese’s Peanut Butter Cup’s available – filled with ice cream. I’m currently sat here yet to begin making my tea, but am extremely tempted to instead stumble to the local Co-op to investigate this particular discovery further. There’s also a Cadbury Creme Egg ice cream available. Vanilla ice cream meets small, broken down pieces of our favourite Easter treat. This is getting too much now. During my younger years, my addiction to Toffee Crisps was severe, and a borderline medical issue. So now upon finding out they are now available as a frozen treat, I’m being transported back to my teenage years and poor dieting. We’ve all no doubt turned our kitchens into temporary labs, while experimenting with various Nutella based recipes. How about the worlds favourite chocolate spread invest in a branch of ice cream? A Nutella flavoured McFlurry is something that currently is getting my juices going, so to speak. Finally my current addiction, the Double Decker. A four pack of these little bad boys is a staple buy of my weekly food shop, and they’re usually all consumed before I’ve reached home with my shopping. The fact that these are available as ice creams, and at the price shown in the picture below, will result in a stern warning from my dentist.