Live Rat Falls From The Ceiling In Chicken Wings Restaurant

Live Rat Falls From The Ceiling In Chicken Wings Restaurant

Now, if you know me at all (which I’m sure you probably do by now!), you’ll know my love for animals is very real. I love every single one of them (especially cats, obviously).

But the story I’m about to tell you… er… how do I put this? Well, all I can say is that it DEFINITELY puts my love for animals to the test.

As far as rats go, I don’t usually mind them. I mean, I wouldn’t keep one as a pet, but they’re still living, breathing beings just like you and me – right?

But honestly (and I’m sure I’m not alone in this), when I’m trying to tuck into my food, I sure as anything would NOT want a live rat falling into my chicken dinner. No sirree. 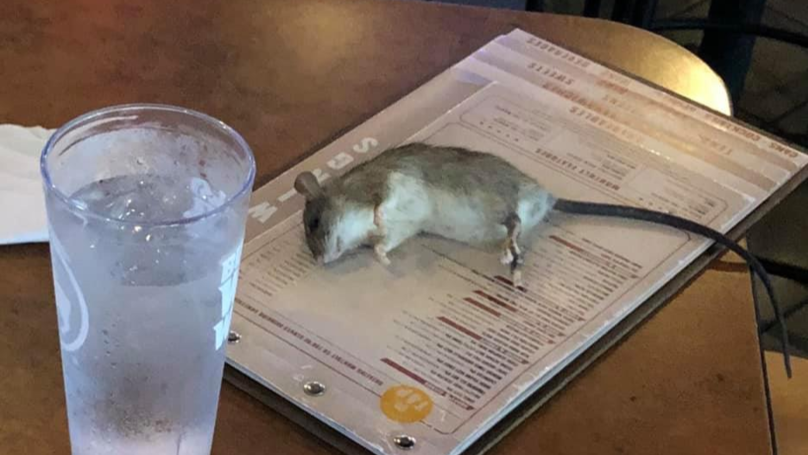 Well, sorry (in advance!) if this puts you off your dinner, but you’ve just gotta hear it!

A woman in Los Angeles found herself with an unwanted dining acquaintance after a rat – alive and kicking – fell from the ceiling onto her table.

Alisha Norman was having dinner in Buffalo Wild Wings, LA when she saw the rodent drop from the ceiling onto where she was eating.

She shared photos of the scene on her Facebook where she wrote:

“So what do you do when a rat falls from the ceiling onto your table… Really LA? I was just trying to watch the soccer game.” 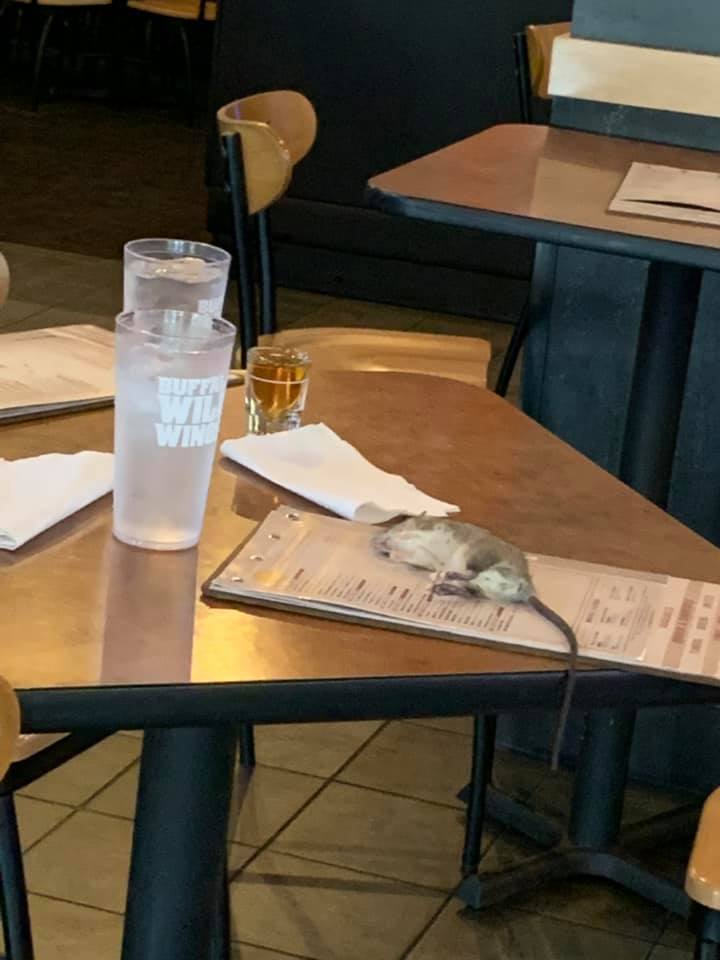 Apparently the rat was still alive at this point, but sadly, injured from the fall. 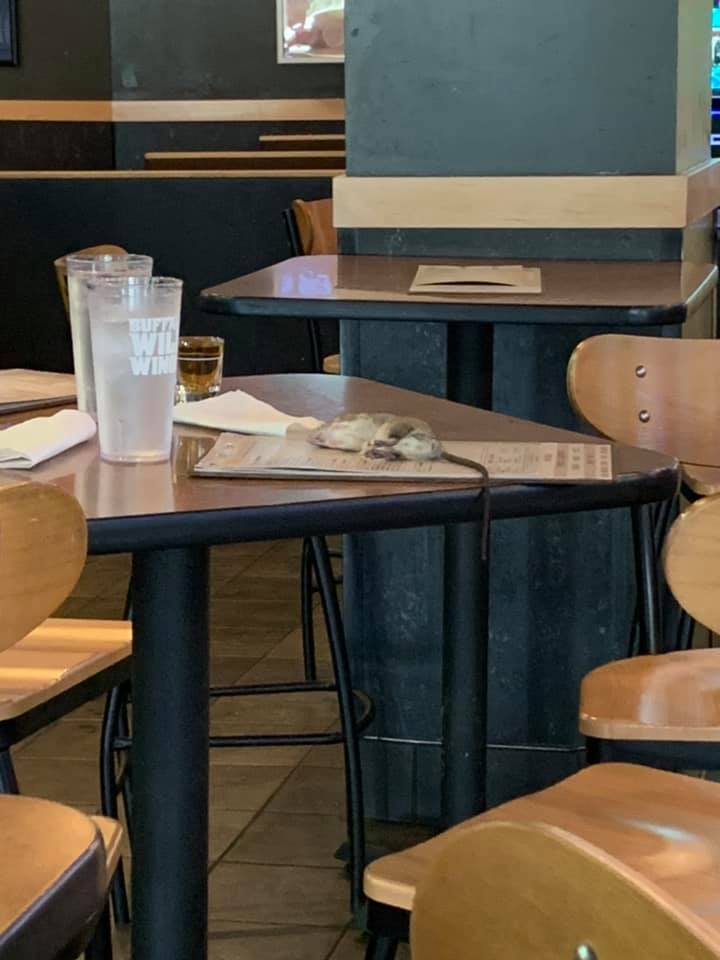 Most of Alisha’s Facebook friends commented on her status to express their utter disgust.

While a fourth explained:

Although he friends suggest that they’d walk out of the restaurant, Alisha decided to stick around, and explained he reasoning in her comments:

“I’m a science teacher and went to nursing school, I’ve seen worse… but I got to see how they handle this bill.”

In another reply, she continued:

To give a bit of context to the story, Alisha, who is from Texas, was holidaying in LA for her 43rd birthday and went to the restaurant to watch the Women’s World Cup – US were playing Sweden.

After speaking to the manager, Alisha was informed that the rat had fallen ‘from the construction up above’.

Before she was compensated (obviously) for her bill, the manager disposed of the rat by holding it with two plates and sweeping it into a bag.

“He took two plates and then they just picked it up and dumped it in a bag,” she said.

“It was terrible. It was disgusting.”

In an interview, Alisha revealed that she wasn’t annoyed, but did say that the incident was ‘disgusting’.

“You could hear something come down,” she revealed.

“I knew the rat was going to be injured because it hit like a Mack truck.”