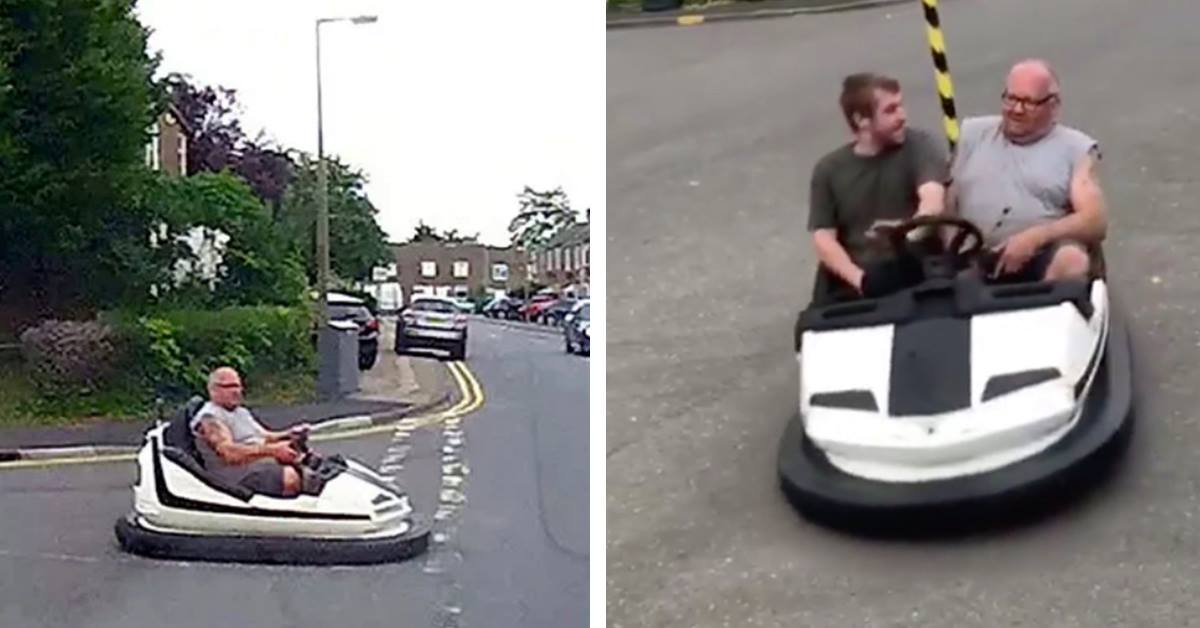 It’s not every day you’re happily driving around town minding your own business, only to pass someone taking his dogem (bumper car) out for a spin…

So when this person in the UK realised what they’d caught a glimpse of on their dash cam, they had to share it.

By the looks of it, the ‘vehicle’ is a battery powered version which means it’s able to move around freely on any flat surface (as opposed to an ‘old school’ dodgem that requires a long metal pole mounted on the rear in order to connect an electrical circuit between the floor and the ceiling). Fortunately for other drivers and general passers-by, the man behind the wheel of the fairground ride appeared to be following the strict rules of the road. Well, when it comes to waiting at junctions anyway. I’m not sure how it would fair when it comes to a freakin’ safety inspection though!

The dash cam had been supplied by Telematics Pro UK Ltd. and Ben Peters, who runs the company conveyed his reaction to seeing the clip for the first time.

“I just thought oh my god, is that really a dodgem? I know that electronic cars are popular, but this is another level.”

“I can only assume that he has amended it to make it into a road legal vehicle. I have never seen anything like it before in my life.”

More clips have emerged of the man accompanied by another person driving it around a quiet residential estate. According to British newspaper the Mirror, exclaimed that the driver of the car with the dash cam attached to it was so confused and surprised, he pushed the panic button.

“Usually this is pressed in an emergency so we respond immediately to ensure the safety of the driver and to manage the emergency.”

“Initially, we thought it was quite a serious accident but it turned out to be just an hilarious video.” Some people might think the man driving the dodgem is probably living life a little too dangerously, but just think… when you were at the fairground as a kid, did you not always wonder what it’d be like to be able to drive one on the open road? No? Just me then…