Man Gargles And Rinses Eyes Out With Urine To Stay 'Healthy'

Man Gargles And Rinses Eyes Out With Urine To Stay ‘Healthy’ 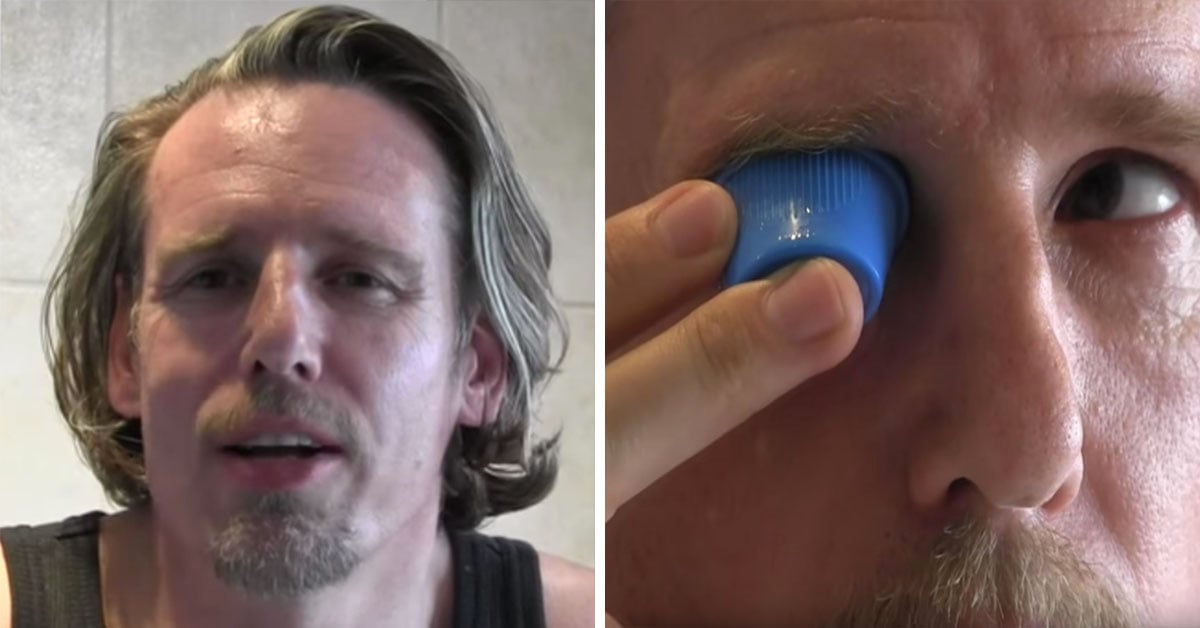 Steven Williams is a urine therapy ‘expert’ and all-round hippy who has been taking to the internet to try and convince people that drinking your own urine and applying it to your body has amazing health benefits. Disclaimer, it doesn’t and I do NOT endorse this hippy-dippy lifestyle! Williams believes that his eyesight and oral hygiene (yes the word hygiene is used here with absolutely no tinge of irony) have been vastly improved by washing his eyes out with urine and gargling his own liquid waste on a daily basis!

He also frequently goes swimming (in his local pool!) with his swimming goggles filled with urine so that his eyes get ‘a really good soaking’. I want to really stress that Williams is by no means a doctor. However, Williams stands by his ‘alternative medicine’ (which is not medicine), and details his morning routine and general poor life choices as such in one of his demonstration videos:

‘After about five to six minutes it [the urine you’re gargling] gets a very lathery texture to it. You can feel it getting thicker. Sometimes I have to spit a little bit out just release the pressure in the mouth.

‘And in about ten minutes, it is like soap. Really thick and foamy and lustrous. It’s making my teeth smile whiter.

In terms of ocular benefits, Williams claims that bathing your eyes in urine helps restore 20/20 vision, prevent infections and styes, and cures dry eyes. All of which he says with no scientific backing or reasoning:

‘I’ve tried using aged urine with eye-droppers and I dropped them into my eyes […] That really is quite painful, it stings a lot. But it’s very effective for reducing cataracts and getting rid of things like that in the eyes… like styes.

‘While we’re talking restoring vision, I always get a little cup like this, fill it up with urine which I’ll do now; a little bit of fresh urine.’ ‘Just hold the cup up, hold it over the eye and just start blinking. Roll around the eye, look up, and down and just do that for a few minutes.’

Oh, and it also is good for your skin as well, which again, Williams just glosses over with no explanation. Now, I’ve read some absolute nonsense in my time, from people being convinced that humans can live on the sun’s rays alone, to Oxford professors claiming that aliens are living amongst us and breeding with us to save us from ourselves. The practice has also (surprisingly) been condemned by health professionals, such as Shamir Patel the leading pharmacist and founder of  Chemist 4 U, who says that:

‘There is no scientific evidence backing up claims that drinking urine is beneficial […] urine will exit your body through the urethra which can be home to some types of bacteria. Sometimes this bacteria can grow out of control and contaminate the urine. William’s videos on YouTube have gained a large following from people just there to see him pour urine into his various orifices, to people who are easily enough fooled to believe that this kind of thing is worth doing and want to find any justification for their strange habit.

The urine therapy advocate also made a documentary called ‘Urine Aid’, which basically, as yo can probably imagine, takes a closer (and largely unnecessary) look at the strange world of urine therapy. This whole story has just chipped a little more away from my ever-dwindling faith in the human race.

I’m sure that there are many people who will believe in this who will just scream at me in whining childish tones, ‘well you haven’t tried to so you shouldn’t say anything unless you’ve done it!’

Well this isn’t just like trying a slightly weird main course on a menu, this is drinking and pouring urine in your eyes, just read that back to yourself and reevaluate your life choices.

And, to those of you who are, like myself, not going to be doing anything with your urine except flushing it away… thank you for being sane. What do you make of Steven Williams’ ‘alternative medicine’? Would you be tempted to try this bizarre lifestyle? Let me know in the comments below, and be sure to tag someone that you think would ‘enjoy’ this sort of thing!