These kids learned a valuable life lesson after being tracked down

Being a kid is super fun, but every now and then, that fun can go too far and hurt others, and it’s important that we teach kids a valuable life lesson when that happens.

A British man by the name of Jack Oldroyd, pictured above, recently caught two schoolboys throwing eggs at his house on CCTV – before proceeding to hunt them down and film them scrubbing up the mess.

There was no good reason for the egging – it was just kids being kids, messing things up for no apparent reason. What they hadn’t bargained for, however, is that their ‘eggee’ had a CCTV system installed. 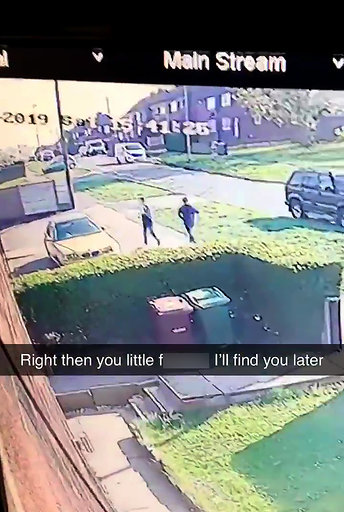 The gas engineer returned home from an eight-hour shift last month and was exasperated to discover that his front door had been egged. As the evidence was still freshly wet, 22-year-old Jack figured that the ‘hit and run’ had happened recently, and ran up to his computer to watch the CCTV footage in a bid to catch the culprits.

Determined to get the pair to clean up their mess, Jack jumped in his car and drove round the area to track them down – like a scene from a low-budget version of Liam Neeson’s action thriller ‘Taken’.

Despite being little terrors, most kids are good deep-down, and if you catch them doing wrong, will likely apologize and try to make amends.

After Jack confronted the red-faced duo, they repeatedly apologized and promised to clean up the mess. Minutes later, the boys knocked on the door, apologized again and got to work cleaning it off. 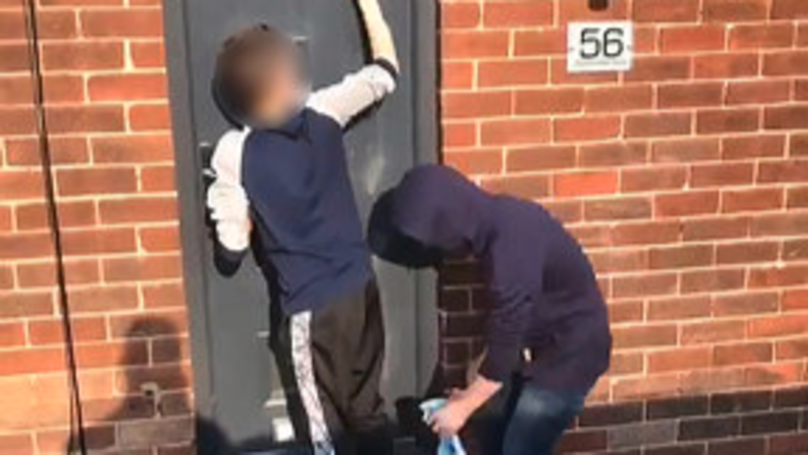 Hilarious footage compiled by Jack documents his ‘Neeson moment’ as he discovers the scene, watches the CCTV and finally gets retribution as the sheepish lads clean up the mess.

Jack, from East Moor, Wakefield, said in an interview: “I came home from work on that Sunday and there was egg running down the door so I knew it had just happened, otherwise it would have baked on. I went inside, watched the CCTV and saw the two lads throwing eggs.”

“I thought, ‘Right, I’m, going to find you and I’m going to make you clean that off.’ It was a bit of a Liam Neeson moment from the film Taken. I didn’t want to clean the door, I wanted them to do it. I got changed and had a quick drive round but couldn’t find them anywhere.” 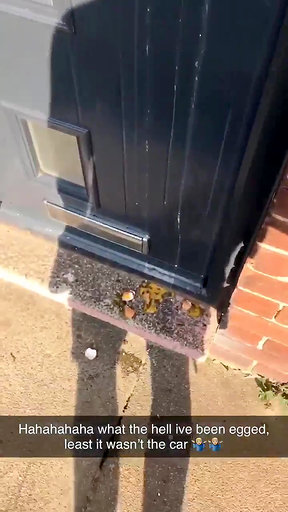 “On the way back to mine I saw them and pulled over, I thought, ‘Perfect, I’ve found you, you’ve done this to my house, you’d better go clean it.’ They went bright red, they knew what it was for before I’d even spoken to them.