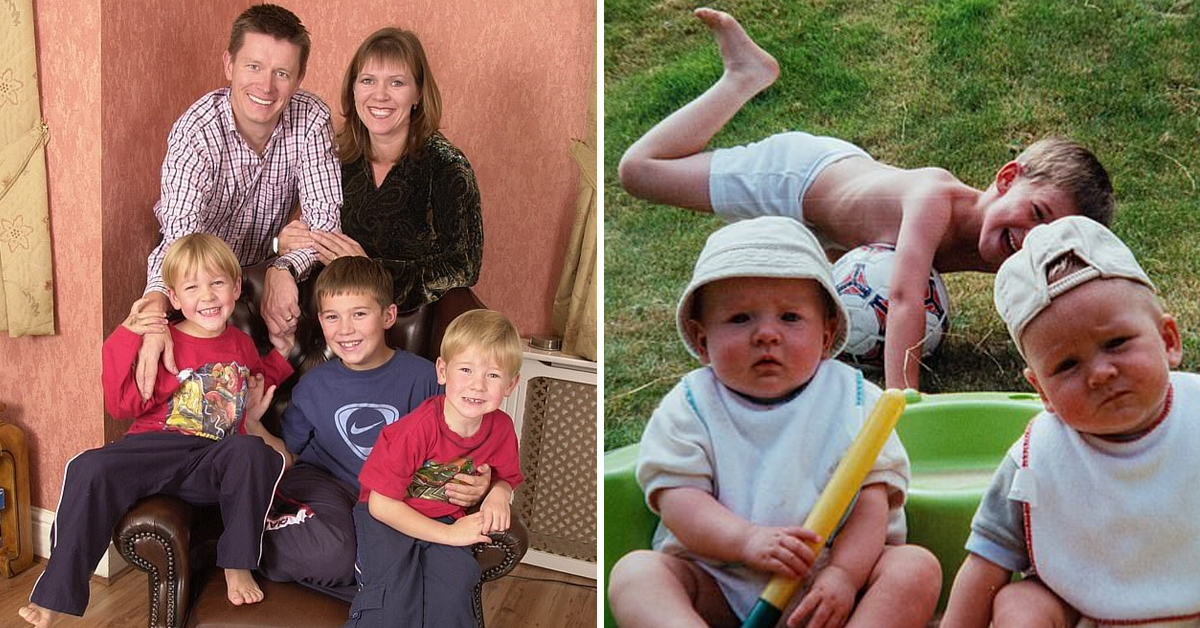 A millionaire from the UK has taken his ex-wife to court after discovering that the three sons who he’d raised for more than 20 years were not actually his.

Richard Mason, 55, had absolutely no idea he wasn’t the biological father of the three boys, until he was diagnosed with cystic fibrosis in 2016. During his consultation, the doctors informed Richard that he was also infertile – and that he had been since birth. Richard Mason with ex-wife Kate and the boys

Obviously, this threw up a whole bunch of questions. Sure enough, the DNA tests that followed concluded that Mr. Mason was of no biological relation to his eldest son, who is now 23, or the 19 year-old twins.

Now Mr Mason’s ex-wife has been ordered to pay him £250,000 (around $320,200) following a paternity fraud case that has unusually allowed her to keep the identity of the real father a secret, according to British newspaper The Mail on Sunday.

The idenitty of the boys’ real father has not yet been revealed, but Mr Mason thinks that it is the same man who Kate had an on-off affair with for four years during the late 1990s.

At the time he had no idea and didn’t get the truth until 2016 – which ten years after the pair divorced. During those ten years, he had continued to pay child support and maintenance costs to his ex-wife. Richard with his new wife Emma

Mr Mason was devastated to have been kept in the dark for so long, and has launched a legal bid at Birmingham County Court to claim back some of the £4 million ($5m) and ongoing maintenance his wife received in their divorce settlement. He also went about suing her for paternity fraud, leading to two of the boys breaking off contact with him.

Speaking to The Mail on Sunday, Mr Mason explained that finding out his sons weren’t really his has left his life in pieces. He said: “You don’t know what’s real and what isn’t – it’s as if I’m living in The Matrix.

“Someone says to you, ‘All that you know and everything you thought to be solid and true is not real, and never did exist. You are not a father, you are not able to have kids, your name will not continue’. “I still see what the boys are doing on Facebook and it’s heart-wrenching because we saw the graduation of the eldest on there, but I wasn’t invited.”

You have to feel for Richard in this situation – through no fault of his own, he has lived a huge portion of his life under a lie.

“I walk past a toy store and it reminds you of buying Christmas presents for them and other family occasions… And when friends post things on Facebook about their own families like their first grandchild or saying they’re proud of their boy for something, I just think, ‘My God, that’s all been taken away from me.'”

Speaking about the unusual ordeal, Richard’s solicitor Roger Terrell said: “We understand that it’s a legal first because there has never been a divorce financial settlement set aside in such emotive circumstances.”

Whatever the legal ramifications and outcome of the court proceedings, we can only hope that in the long-term, there is healing for all those involved.