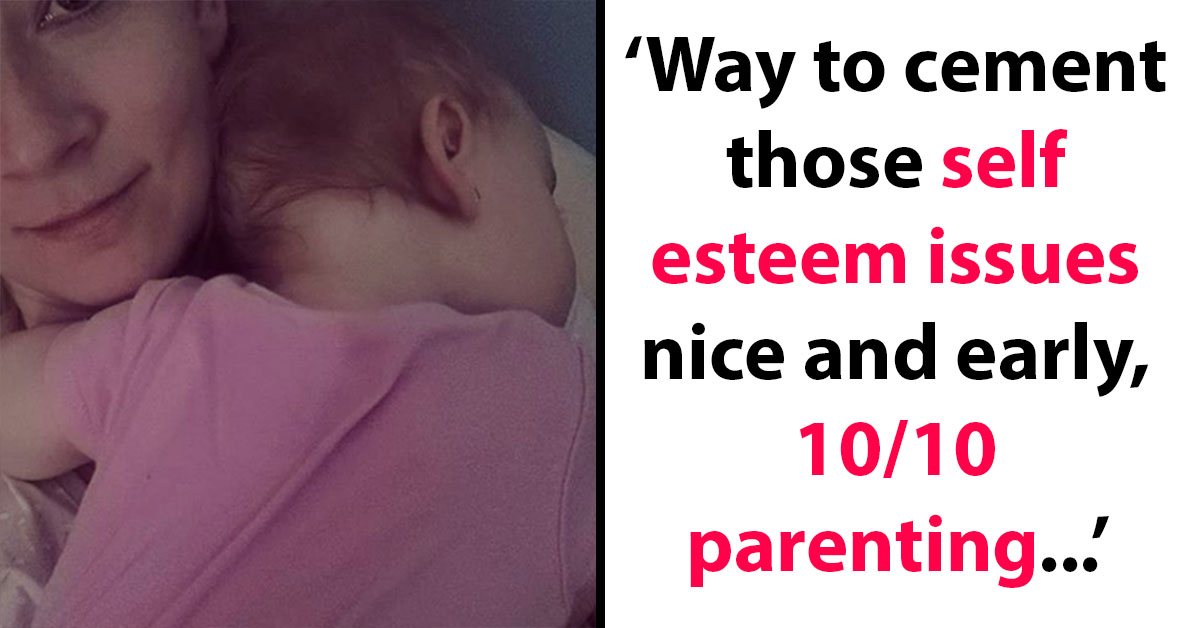 One mom has been receiving a tonne of negative feedback online after writing a post online in which she asked if she was in the wrong for plucking her 15-month-old child’s eyebrows while the child was asleep. The internet is always awash with parents either sharing embarrassing and cute pictures of their kids or generally looking for advice from other parents. However, one mother has wandered into a veritable hurricane of negative reactions to a question she posed on Reddit.

The mother in question, who has remained anonymous, took to Reddit to ask, ‘[Am I The As*hole] for tweezing off my baby’s unibrow?’ and the internet seemed to think that she was indeed, an as*shole.

The mother began by explaining that her daughter is 15 months old and has ‘always been hairy’; which she thought was nice at first, but now the mother has changed her mind on that as the daughter has begun to develop a unibrow.

She explained that she does the plucking while her baby sleeps. I don’t understand how the baby doesn’t wake up if I’m honest, and I don’t think I could sleep at all with someone hovering over me brandishing beauty implements and waiting for me to fall asleep. One of the main reasons why the mother came under fire was for her reasoning behind the midnight pluckings being simply ‘aesthetic reasons’. This prompted a lot of people to point out that she shouldn’t be imposing adult beauty standards onto a baby:

‘You’re seriously applying adult beauty standards to a child- a baby in fact. The kids unibrow make ZERO difference to her experience as a baby, but her mom pulling out her hairs one by one because she isn’t pretty enough is going to carry a lifetime of complications.’

The thread was also heavily populated with other adults sharing stories of how their parent’s criticisms of their appearance (no matter how large or small) really stuck with them into later life, often causing anxiety issues and insecurity.

Look, maintaining our eyebrows is something that a lot of us do as adults, and that’s because we are adults and can make our own decisions about our body. I don’t really think it is the mother’s place to be plucking a baby’s eyebrows while she’s asleep?

And isn’t that just… well, strange and unnecessary? It’s a baby for crying out loud, just let it have fun doing baby things and stop trying to turn it into a fashionable accessory! I hate plucking my eyebrows and it can hurt! Perhaps not for most people, but for a baby it does feel like causing pain where it isn’t necessary to do so.

Also, you don’t want to end up going too far with it and leaving your baby with no eyebrows whatsoever, know what I mean? Not everyone was totally against the midnight-brow-fixer-upper-mother, with some people saying that she was within her rights to do so, and that other people shouldn’t be so judgemental.

One person commented, ‘I’m sure I’ll get downvoted for this opinion, but it’s your baby. If she’s not waking up, she’s obviously okay. I have no kids so maybe I’m the asshole for thinking this way, but she will be teased once she gets to school age. If you do it now, you’re building a pain tolerance for later.’

I don’t know what goshin2568 is doing in the bath to make it more painful than plucking hairs out of your body, maybe try putting some cold in!

I can’t say that I think plucking a baby’s eyebrows is a good idea, it just feels unnecessary, quite shallow, and potentially damaging for the kid’s long term self-esteem if the mother continues to worry over the baby’s appearance.

But what do you make of this dilemma? Do you think that the mother is in the wrong for doing this, or do you not see the harm in it? Let me know in the comments below!