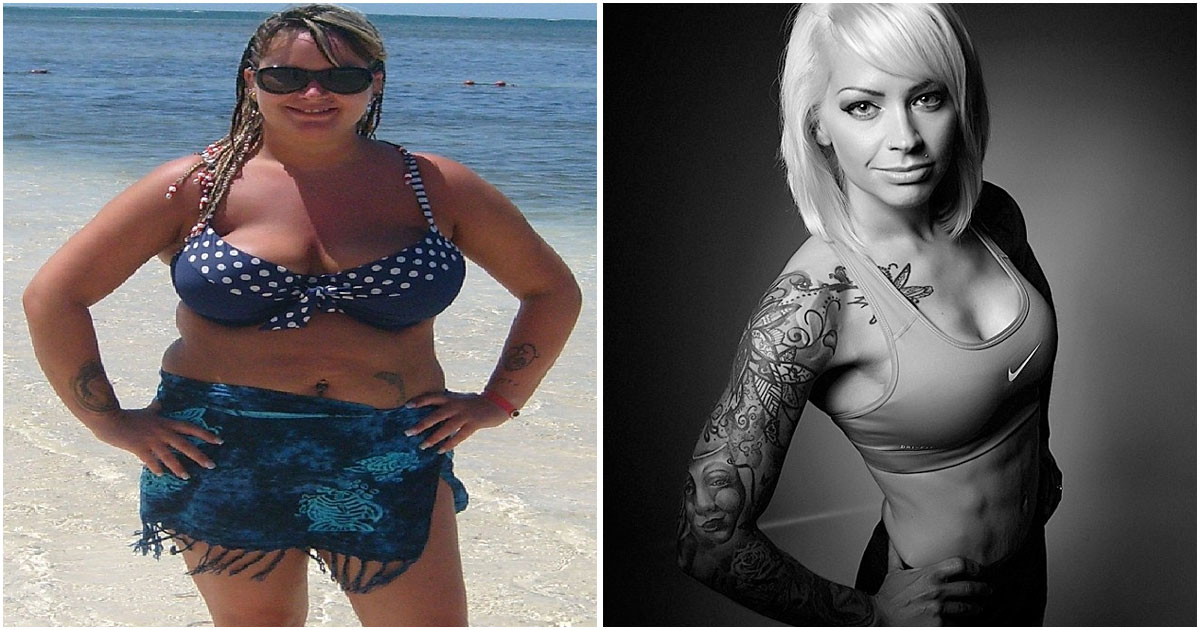 31- year- old Claire Crowthers, a midwife from Wrexham, North Wales, had spent years binge eating until a stranger made a nasty comment about her size.

Since, she has dropped to a size six, which she celebrated by marrying her husband, Stephen.

Together, they followed a nutrition and fitness plan. 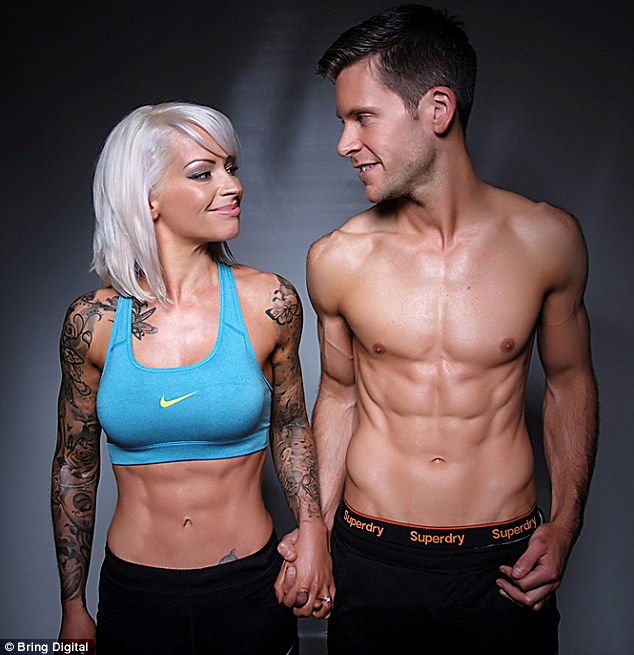 A before shot of Claire at her heaviest, weighing 14 stone. 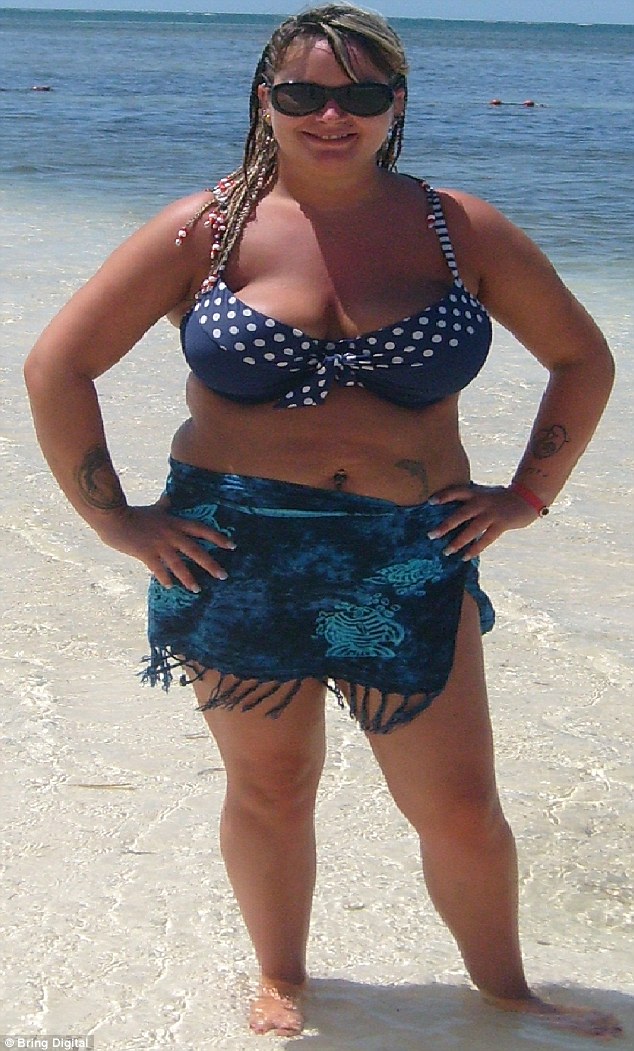 Claire struggled to fit fitness into her schedule while working as a midwife and relied heavily on convenient food. Before changing over to a healthier lifestyle, she claimed her weight was ‘out of control.’

‘I was a comfort eater and stress meant that I reached for the ice cream and pizza all too often,’ she said.

‘At 5ft 3, I tipped the scales at nearly 14 stone and I couldn’t bear to look at myself in the mirror.’

Claire on her wedding day with husband Stephen and daughter Molly. 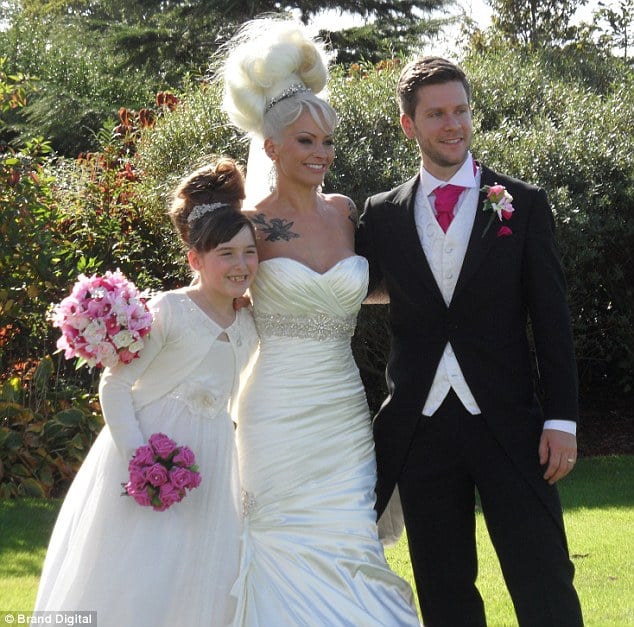 ‘My long term health was in jeopardy, I was classed as morbidly obese and I was a bad role model for my daughter, Molly,’ she said.

Claire was so disappointed in her appearance that she refused to marry Stephen.

‘I couldn’t stand the person looking back at me in the mirror, every photo of me was so bad that I deleted them off the camera to avoid having to look at myself,’ she said.

So together, they joined a slimming club.

She always hated the idea of exercise, but she was desperate for a change. 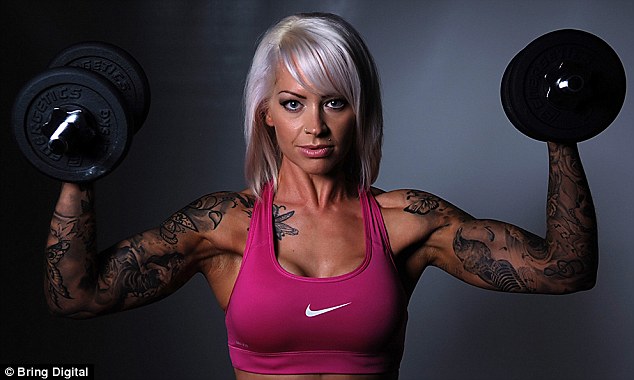 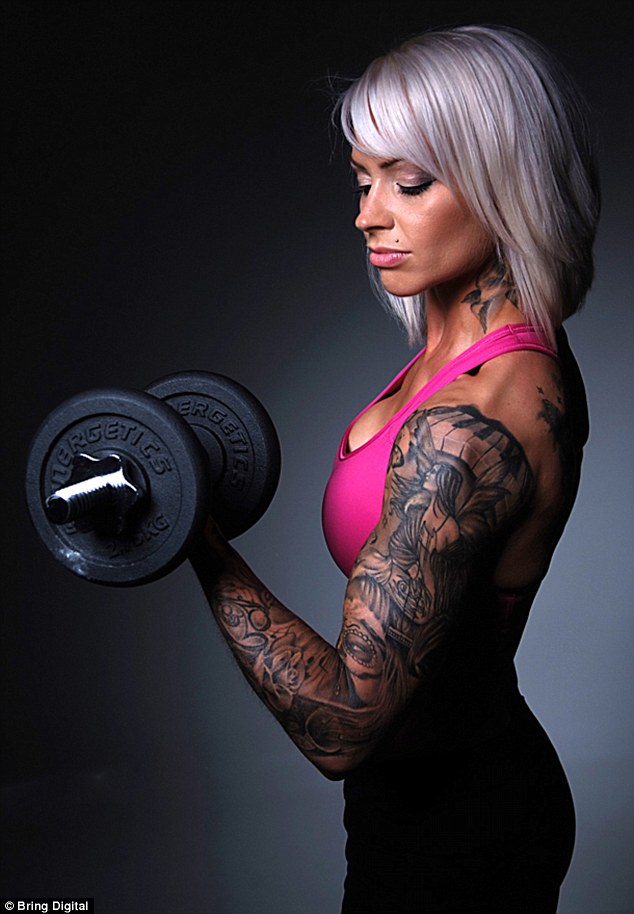 The motivation came from a comment a husband made while Claire was tending to his wife in the labor ward.

‘I was mortified and although I knew he was right, the fact that a total stranger had passed a comment left me feeling upset, but also determined to change myself,’ she said.

Now, she is barely recognizable compared to her previous self. 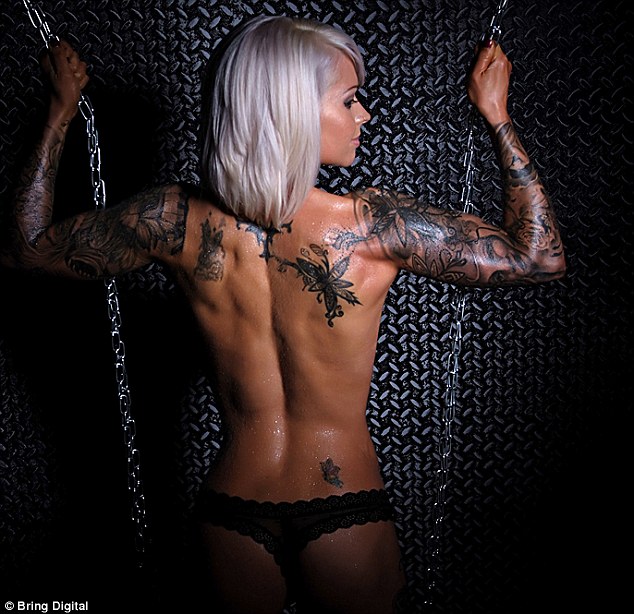 She used to wear baggy clothes. Now, she can wear more form-fitting and flattering clothing. 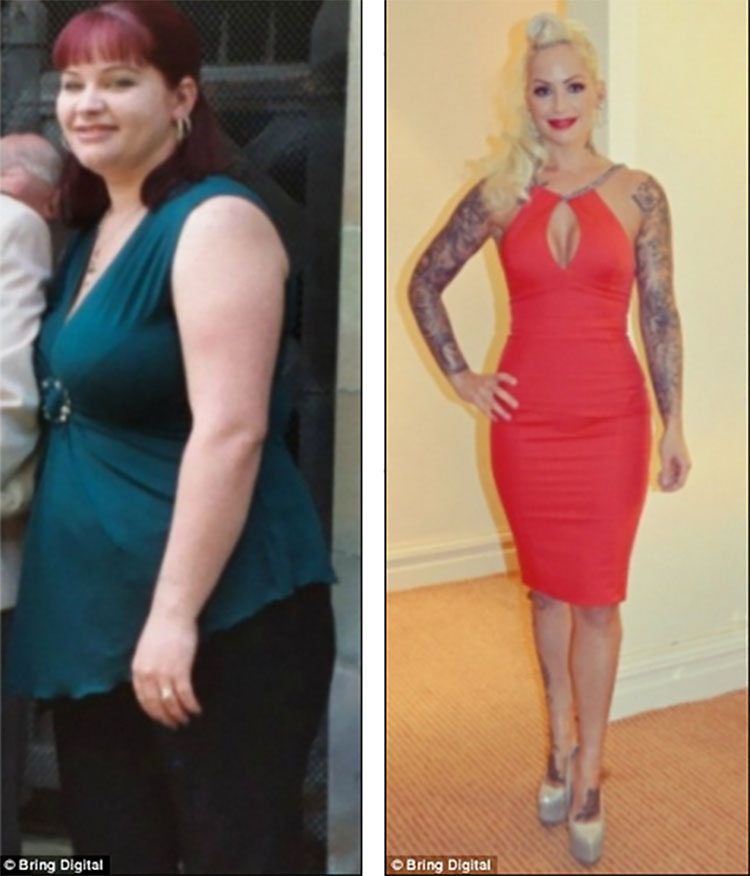 Claire and Stephen, during their weight loss mission. 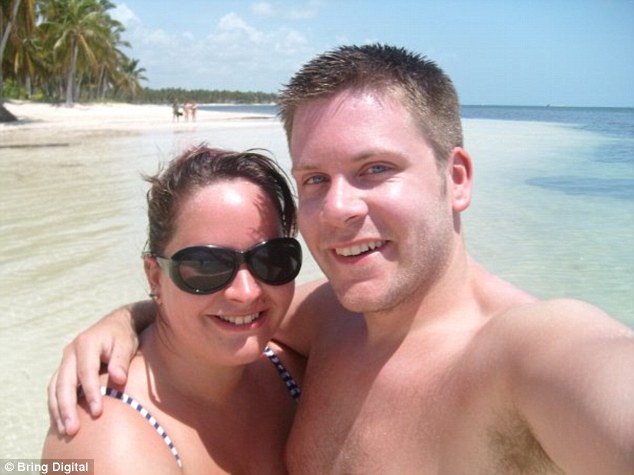 ‘I felt great and my eating habits had been completely overhauled, but I was still unfit and found that my weight loss had slowed down,’ she said.

In 2011, she became a member of  DW Fitness Club in Wrexham.

‘I was terrified the first time I walked onto the gym floor, I had no clue what to do or where to start, but my sister was a member and she introduced me to group exercise,’ she said.

“Being the kid that always had a sick note for PE and having spent my entire adult life loving life sitting on the sofa, I had always hated the idea of jumping around getting sweaty, but I knew I had to do something. I loved the buzz that I got from completing a workout and soon made new friends,” she said.

‘Not only was the gym a place to get fit and help me reach my goals, but it also became a social outlet and I found myself spending more and more time attending different classes.’ 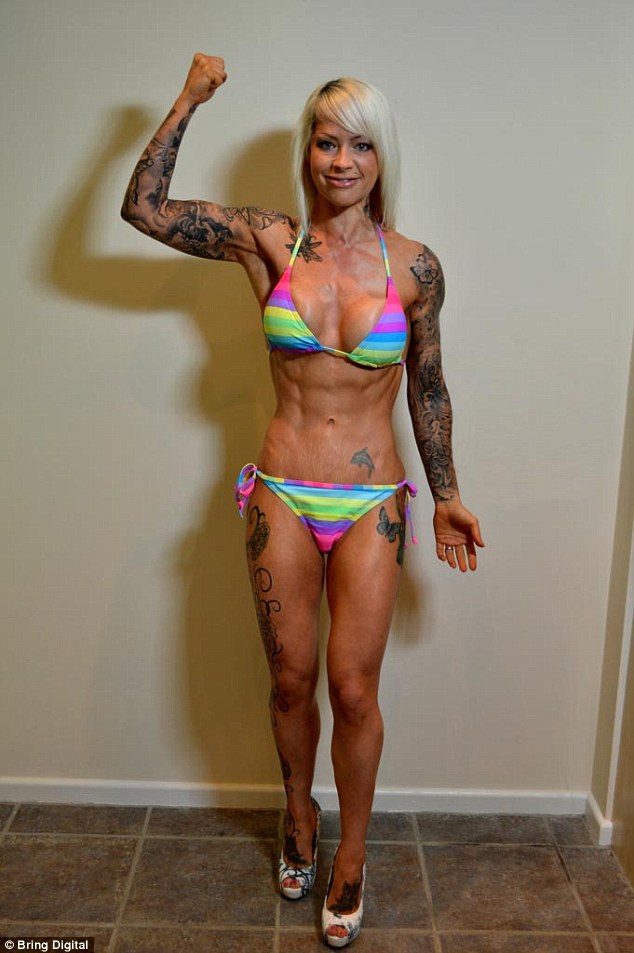 Claire and Stephen show off their six-packs. 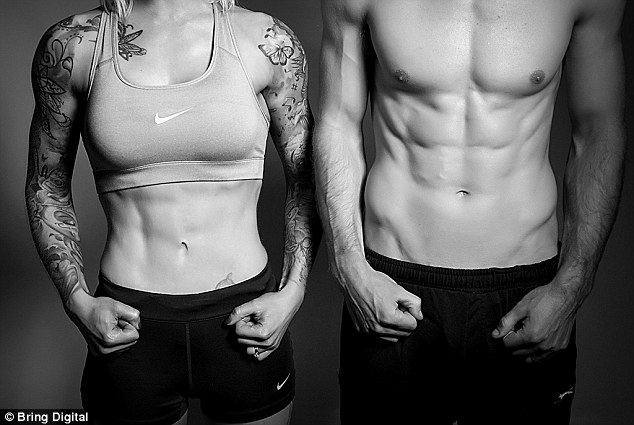 ‘Stephen proposed and I said ‘yes’ knowing that I could finally go and buy a wedding dress with confidence knowing that I wouldn’t look like a ‘fat bride’,’ she said.

Now, fitness is a large part of her everyday life.

‘I am now qualified as a midwife and work my sessions out around my work and my commitment to my daughter,’ she said.

‘I got married in October 2014 and in the run up to the wedding I started to work with Genna Loskutnikov, a PT at DW.

‘He introduced me to resistance training and I started to see my body change in a way that I had not seen before.’

Her daughter Molly looks up to her new role model of a mother and says she is in ‘awe’ of her achievements. 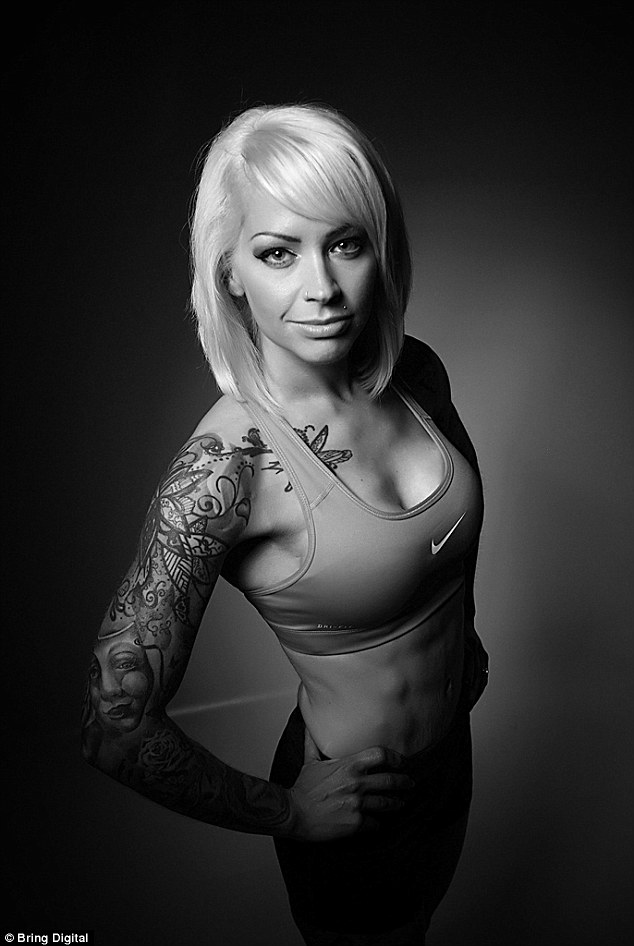 ‘The support of my husband was integral to the success of my weight loss and working to a goal together again felt great,’ she said.

‘We are one week away from the end of the 17-week challenge and we cannot believe the change in our bodies.

‘I have now transformed my body twice, firstly from obese to healthy and now from healthy to athletic.’

Claire now has a ‘lean and toned physique’ that she takes pride in.

‘We can’t believe that we both have ripped abs now when a few years ago we had rolls!’ she said.

“The support of our PT at DW and the commitment that we gave to our health and fitness has completely changed both our lives. I cannot imagine my life without training and when I reach my goals I set a new one. I never allow myself to get bored by doing this and I am always improving myself.”

Claire said her daughter Molly is in ‘awe’ of her achievements and she is now a ‘good role model’ for her.

‘I feel amazing, my health is improved and I no longer hate the person staring back at me in the mirror and I have the confidence to go out and live my life to the full,’ she said.