The most cringeworthy politician moments on social media 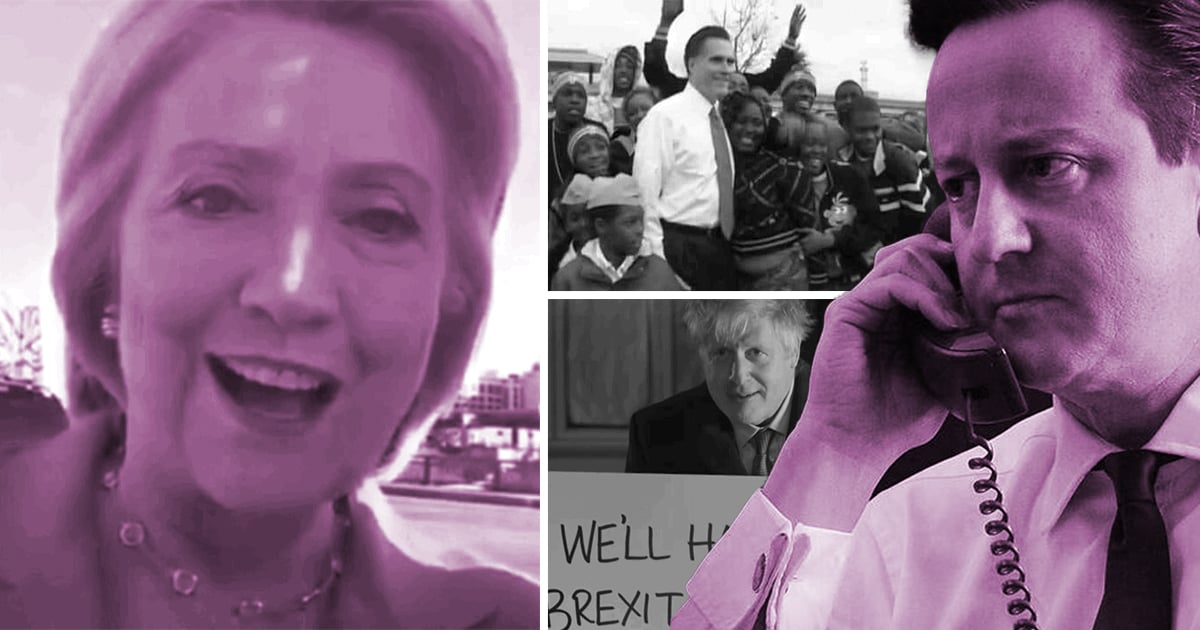 One the one hand, politicians ought to be respected. Here they are, getting out in front of the vicious public, putting their reputations and livelihoods on the line, on the off-chance they make the country that little bit better for everyone.

On the other hand, they’re laughing stocks who say and do so many stupid things it’s near impossible to keep up with it all. While being cringeworthy has always been second nature to a politician, we’re seeing it more and more thanks to social media. Here are ten cringeworthy social media moments you can’t help but laugh at. 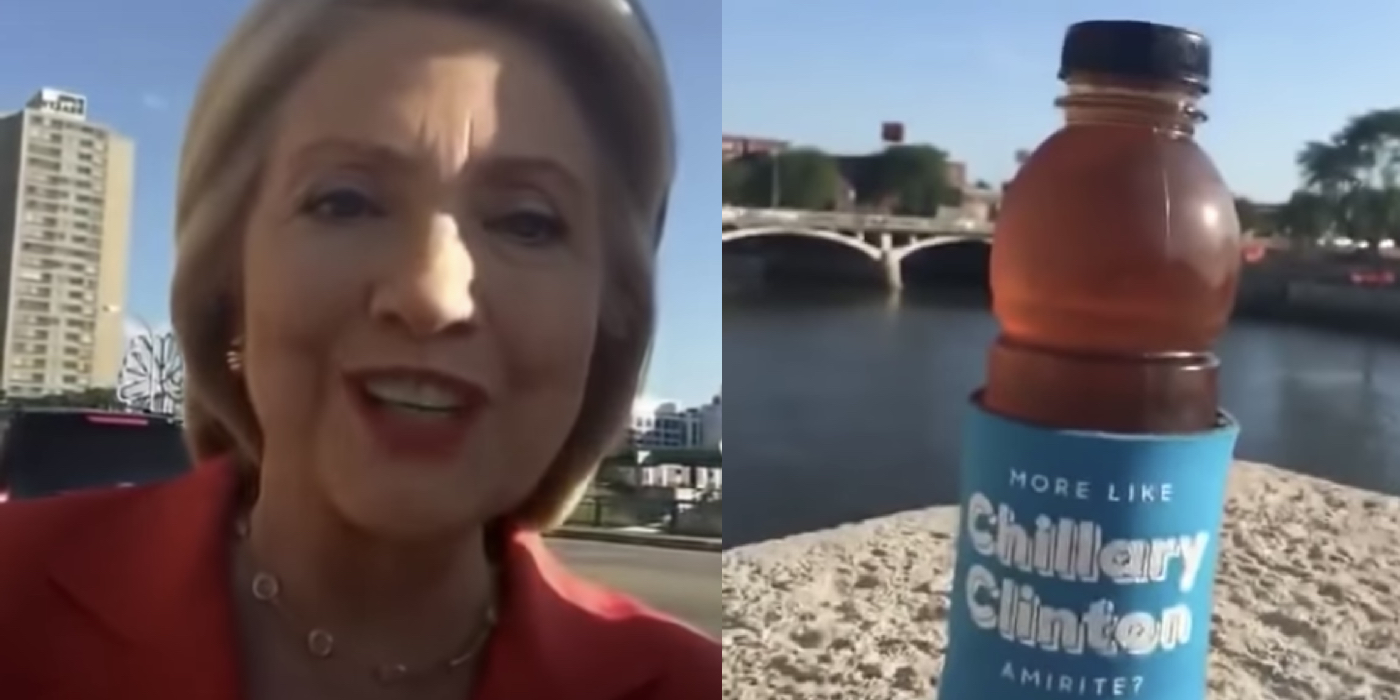 Today, Hillary Clinton lives a quieter, simpler life away from the riff-raff of presidential elections and being called a crook, a liar, “Killary”. While still a politician, it’s safe to say she’s hung up her serious boots. These days her boots are closer to the ones she was wearing circa 2015, when she visited Cedar Rapids.

After signing up to Snapchat, the former First Lady inadvertently went viral by stating she was “chilling at Cedar Rapids.” It’s unclear what the point of this video was beyond “just check in somewhere, it’s relatable.” Whatever it was, it worked. The six-second clip has a million views on YouTube. 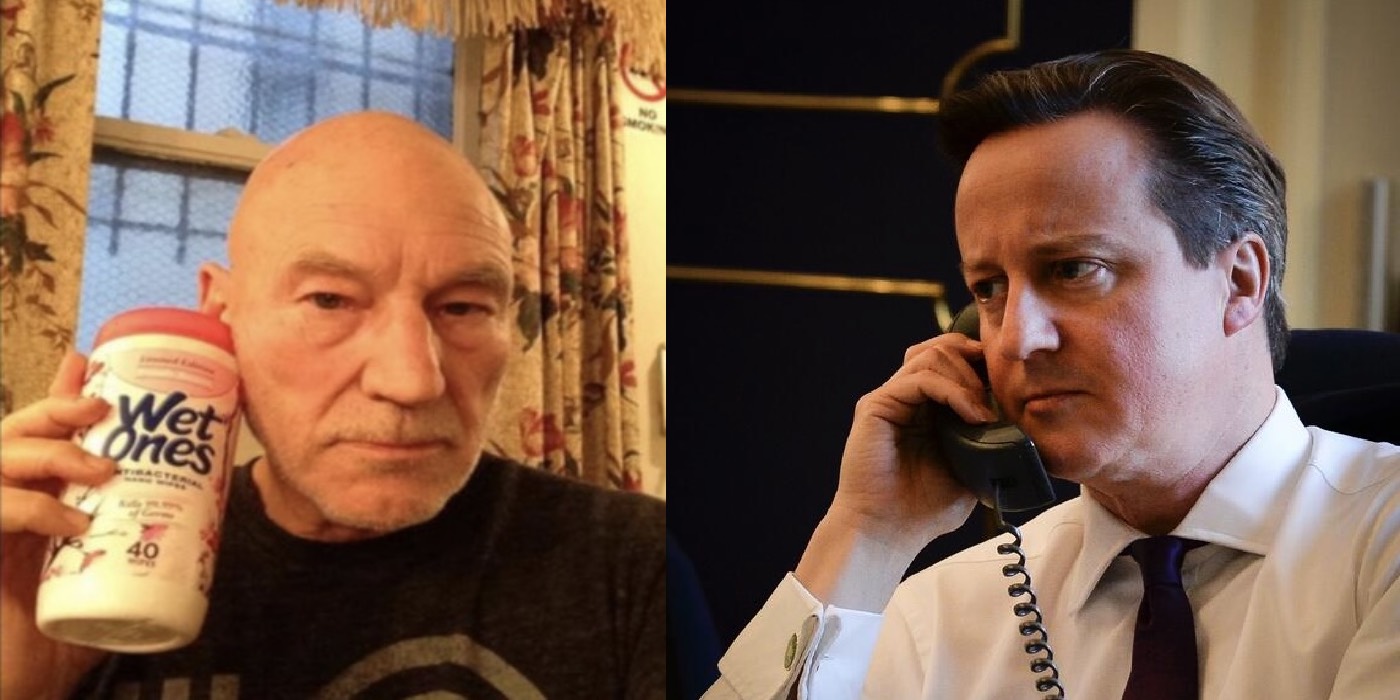 Remember David Cameron? Probably not. A lot has happened in Britain since his resignation in 2016 following the EU referendum. So much stuff actually, that it’s wiped out his government from living memory – which is a shame, as Cameron gave us just as much cringeworthy content as his successors. In 2014, he (well, his team) tweeted a photo of himself on the phone to then US President Barack Obama, discussing the Crimean crisis. “We are united in condemnation of Russia’s actions,” the tweet said.

The post went viral shortly after because, well, look at it. It’s like those pictures of dogs on computers. Comedian Rob Delaney and acting legend Patrick Stewart went on to spoof the picture, with the former replacing the phone with a tube of toothpaste. Lesson learned for Cameron: don’t try to be serious on the internet. Nobody is serious on the internet. 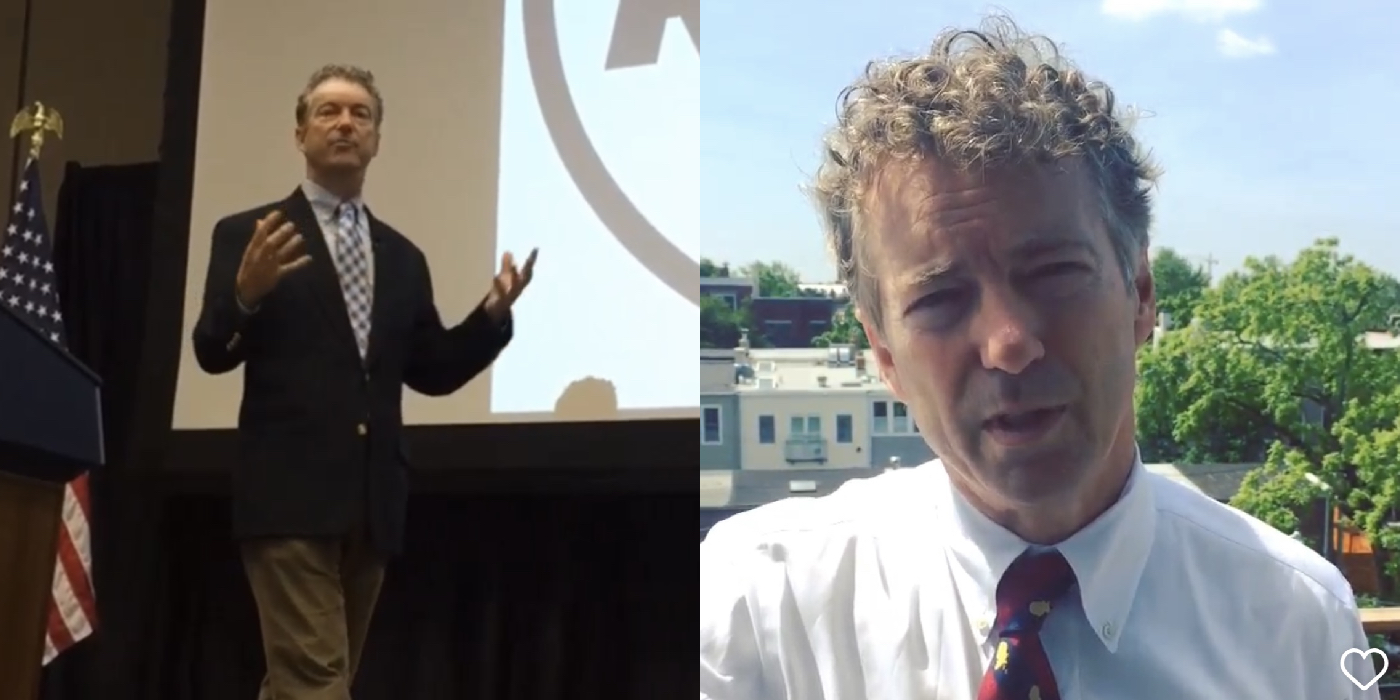 Rand Paul might seem like a harmless old conservative boomer but he’s actually a hot-tempered motormouth. The Junior Senator for Kentucky conducted a livestream back in October 2015 during his presidential bid in order to show he was down with the kids, and that he wasn’t afraid of an unscripted dialogue between politician and punter.

What went wrong? Paul didn’t seem to realise livestreams were live. After reading that one of the top Googled questions was whether he was still running for president, Paul said: “I don’t know, I wouldn’t be doing this dumbass livestreaming if I weren’t. Yes, I’m running for president. Get over it.” A moment later, Paul said “We can’t edit this, right?” to stifled laughter off-camera. Needless to say, he did not become the leader of the free world. 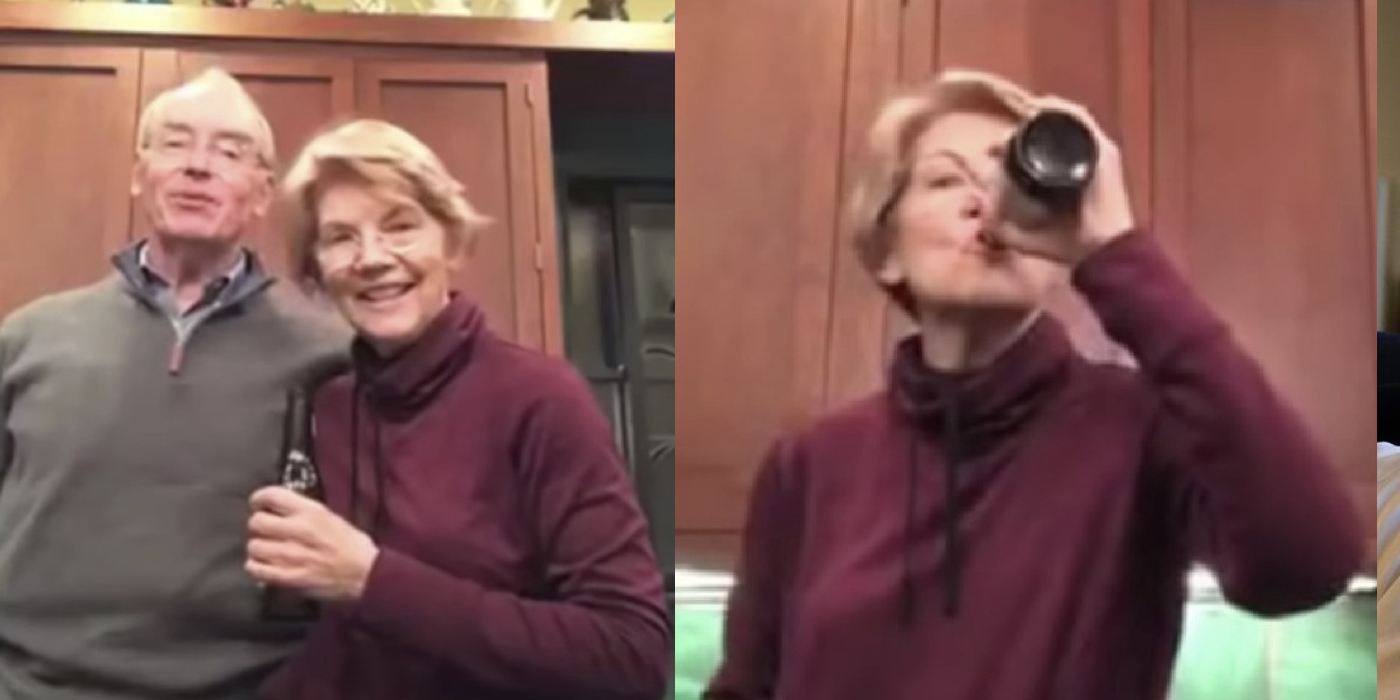 Sen. Elizabeth Warren has many loves in her life. Providing health insurance for all Americans, increasing the minimum wage, strengthening sentences for financial crime and, of course, beer. Warren loves beer so much she popped a cold one on a livestream back in January 2019 to show she wasn’t all Senator-y.

Stranger yet, Warren was also ridiculed for introducing her husband Bruce (perfectly normal) and thanking him for being there… in their home (which you’d think would be a given). “So this is my sweetie,” she said. “He’s the best. And I’m crazy about him. I love you. Thank you for being here. I’m glad you’re here.” Is poor Bruce usually cast aside? Forced to sleep in a kennel out in the yard? Regardless, this whole thing was highly cringeworthy. 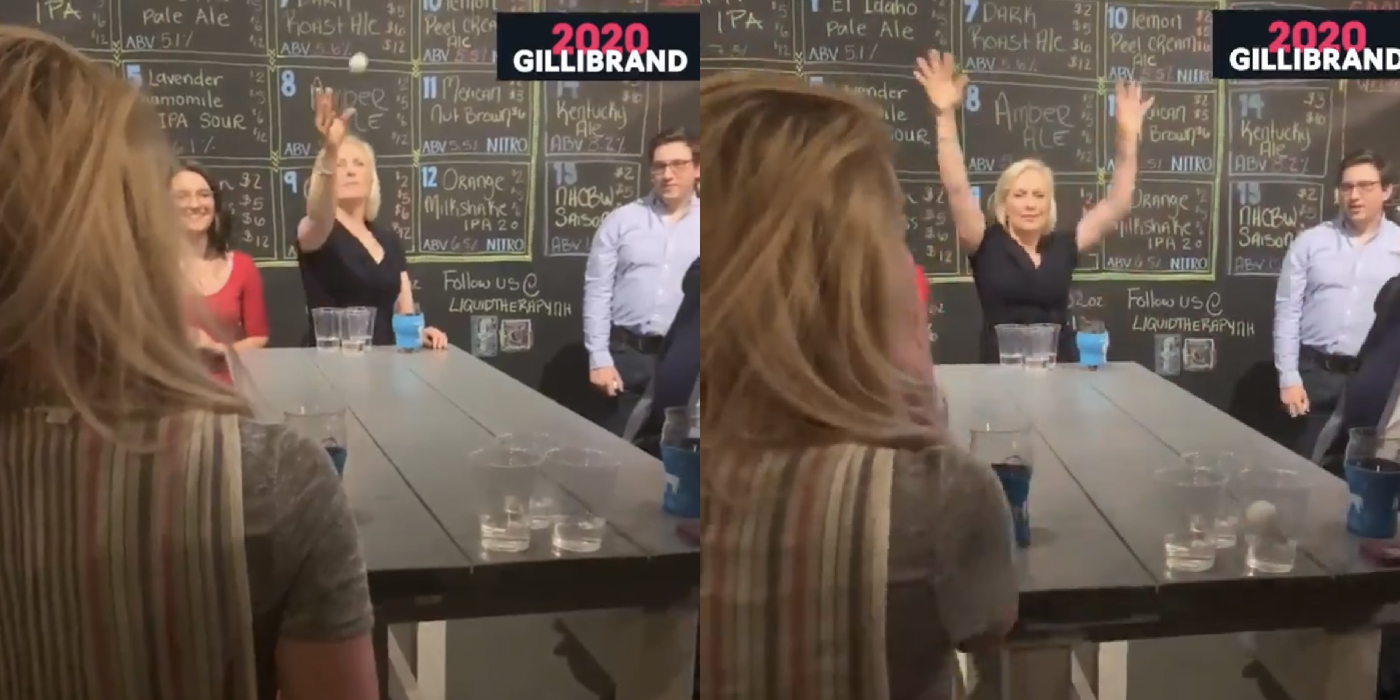 You thought Hillary’s Cedar Rapids video was cringeworthy? Kirsten Gillibrand fully upped the ante in April 2019 when she posted a video of her playing beer pong – but since she’s a responsible adult, she played with water. The New York Senator shot the ad at a bar in Nashua, New Hampshire. It begins with Gillibrand standing at the beer pong table about to chance her luck. But just as the ball begins its airborne journey, the video freezes.

A text appears, reading: “If Kirsten makes this shot … will you donate $1 to guarantee her spot on the Democratic debate stage?” The text then disappears, Gillibrand nails the shot and the crowd around her goes wild. Now the other team has to down water! This attempt at being cool made for one of the worst and best social media posts by a politician ever. 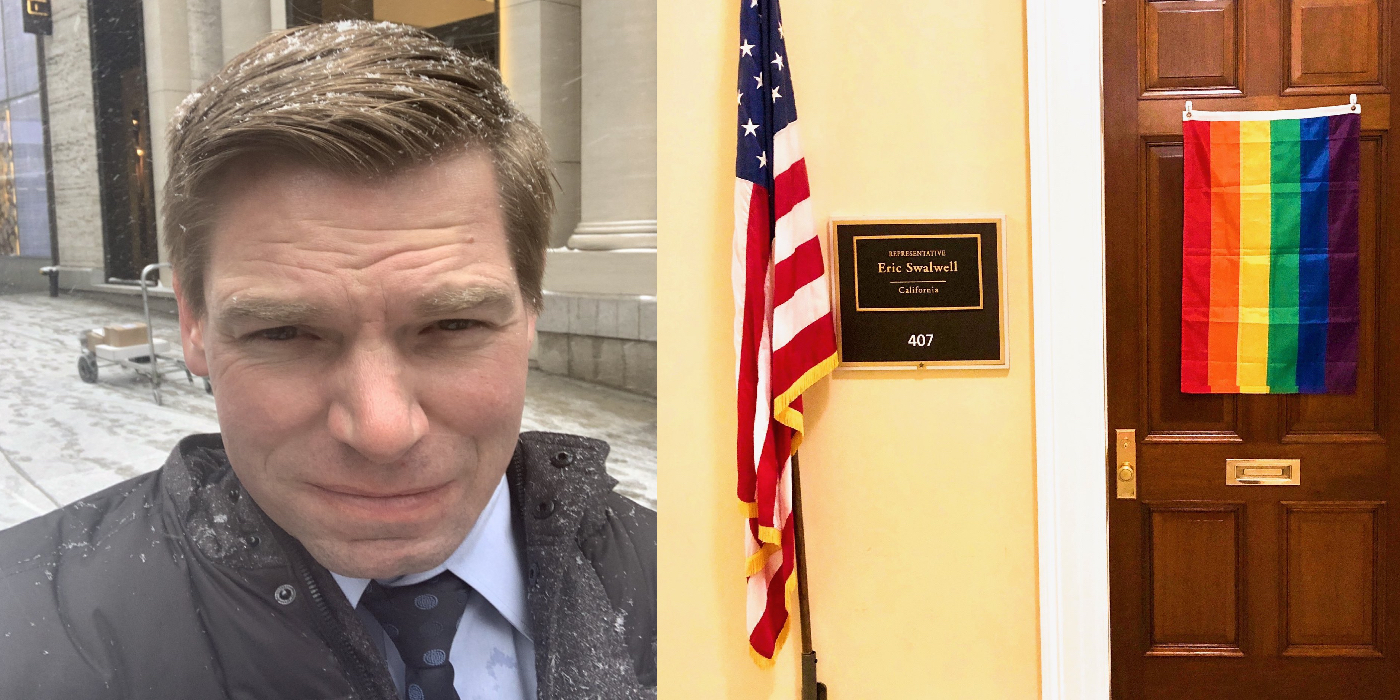 Californian Congressman Eric Swalwell is no newcomer to the cringeworthy political scene. He’s previously come under fire for struggling to find coffee in Manhattan, a city where you can throw a stone in any direction and hit a barista over the head, but it was in May 2019 when Swalwell really felt the ire of the social media.

In a Twitter photo of an LGBT rainbow flag hung on his door beside a US flag, Swalwell boasted: “I fly these flags 365 days a year.” There was just one problem: the flag was creased. “The gay pride flag literally just came out of the box…” one user wrote. “Look at all those wrinkles.” To be fair to Swalwell, he didn’t delete the post. He stuck by it – and then probably stuck that LGBT flag back in the box. 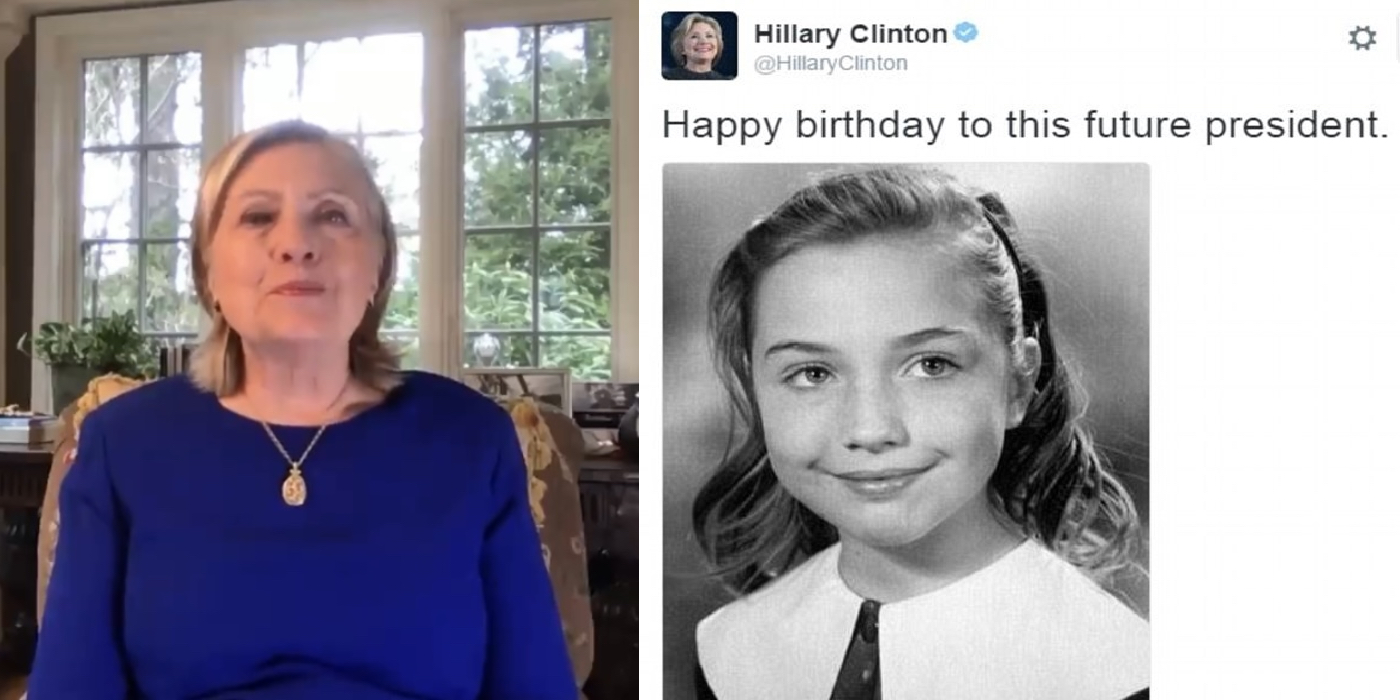 Okay, sorry Hillary, but this golden oldie can’t slide. Can we agree, first of all, Democrats and Republicans, that Hillary keeping this tweet up is pretty courageous? On October 26, 2016, Clinton made the worst brag in social media history: not only did she wish herself happy birthday, but referred to a childhood picture of her as the “future president”.

The reason this is extra cringeworthy should be clear. But in case it isn’t: Hillary would go on to lose the election and thus not become president of the United States. If you post this kind of tweet and win, you look like a seer. If you post it and lose, you look ridiculous. Them’s the rules. Whatever else may be said about Clinton, let her be remembered as a ridiculous risk-taker. 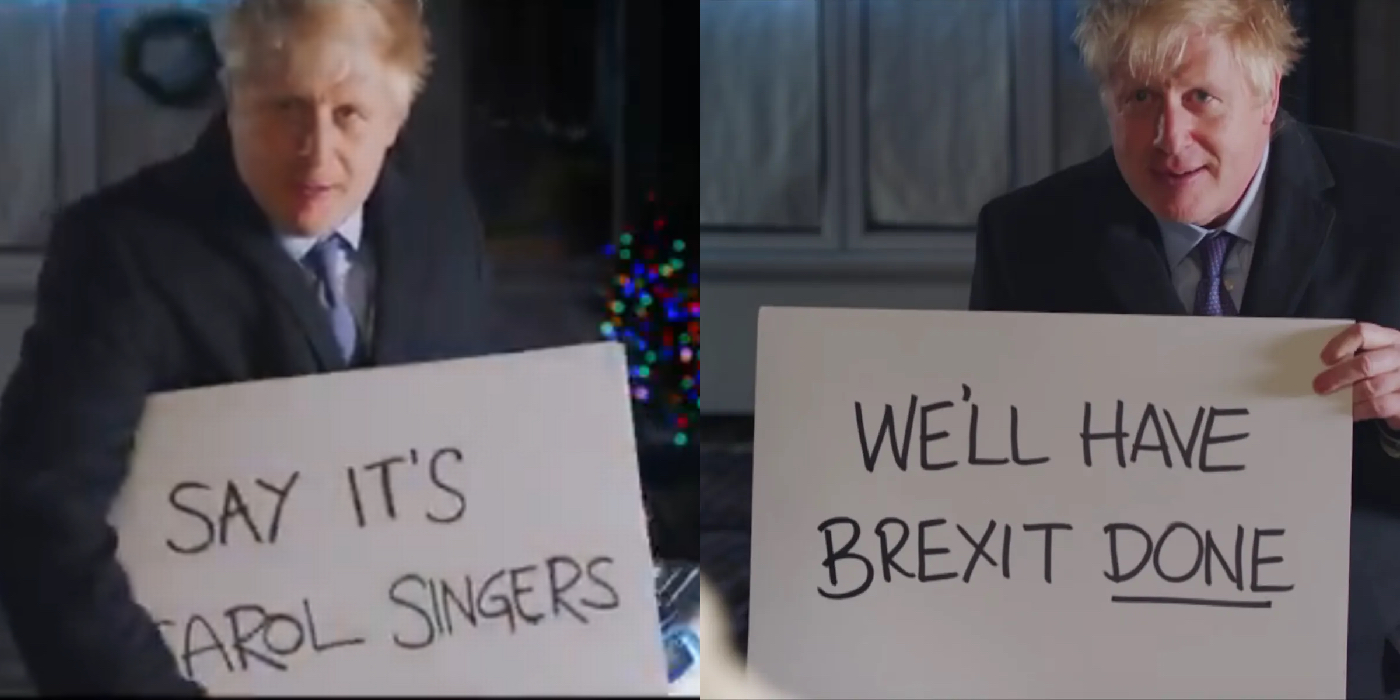 Before Boris Johnson made a complete joke of COVID-19 restrictions by partying his way through them, he was actually respected by his supporters and neutrals alike. He could play up to his quirky public persona and the people would eat it up. Anytime, any day. In December 2019, prior to that year’s general election, Johnson was involved in a political ad spoofing a famous scene from Love Actually. You know, the one with the cardboard signs.

But instead of having sweet nothings scribbled on them, Johnson promised what he would achieve if elected Prime minister, including a promise to fulfil the Brexit vote. It was what Christmas is all about. The post was cringeworthy to the nth degree and blasted by social media users. Johnson, however, had the last laugh – he handily won the election. 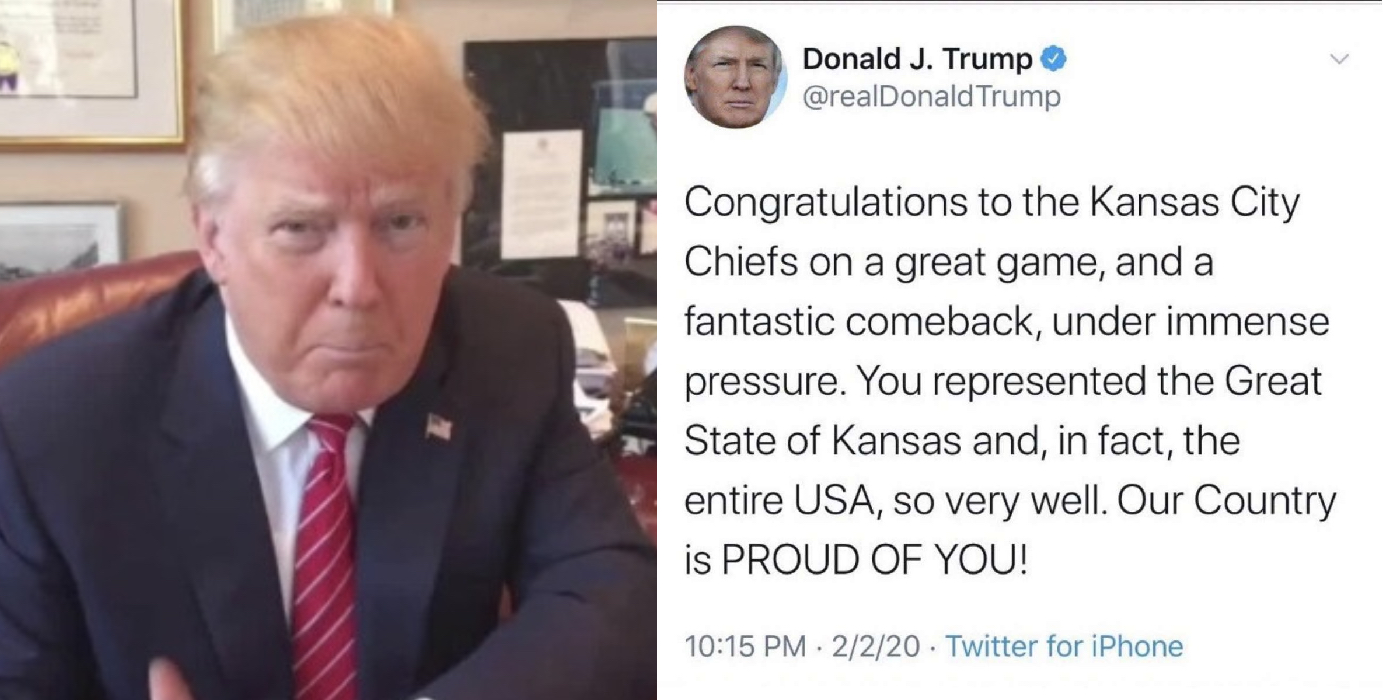 This list couldn’t exclude Donald Trump could it? The Donald just had to feature somewhere, and feature he has. Though more of a shock-worthy tweeter than a cringeworthy one, the former president did make some embarrassing gaffes on the site. Worst of all was when he congratulated the Kansas City Chiefs on their Super Bowl win.

He tweeted: “Congratulations to the Kansas City Chiefs on a great game and a fantastic comeback under immense pressure. You represented the Great State of Kansas and, in fact, the entire USA, so very well. Our country is PROUD OF YOU!” See the issue? The chiefs play in Kansas City, in the state of Missouri. Trump deleted and then re-posted the tweet with the corrections, but nothing on the internet is ever truly deleted.

Romney singing ‘Who Let The Dogs Out?’ 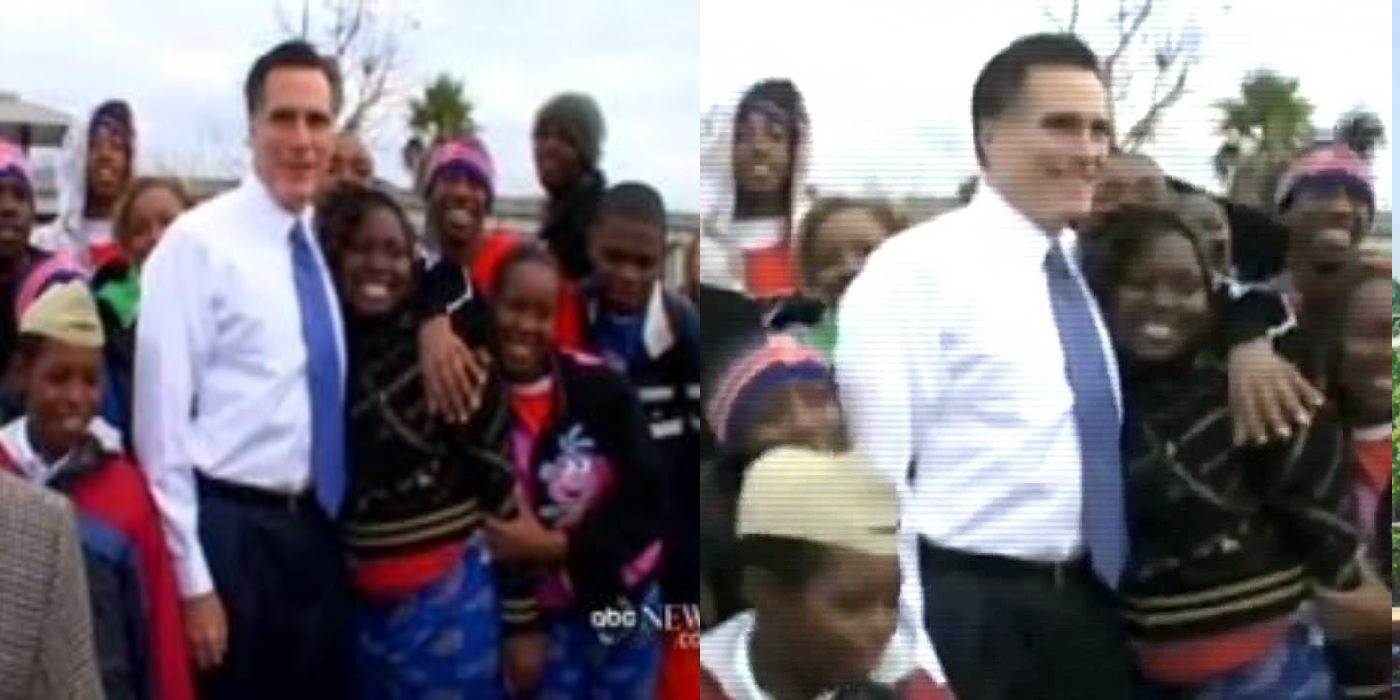 We’re throwing it back for this last one. We’re going all the way back to the days of Mitt Romney: the Mormon, straight-edge, Republican candidate looking to remove Obama from office in the 2012 election. Why is he on this cringeworthy list? Because he once posed for a photo with a group of young black voters and referenced a one-hit wonder out of nowhere, for no apparent reason.

“Who let the dogs out?” Romney speak-sung, before doing the barks made famous in the Baha Men song. Don’t believe me? Watch the video. Go. Watch it now. See it with your own eyes. Hear it with your own ears. There is no further context to this. None whatsoever. No follow-up story. What you see is what you get – Romney singing a novelty song about a canine rebellion.